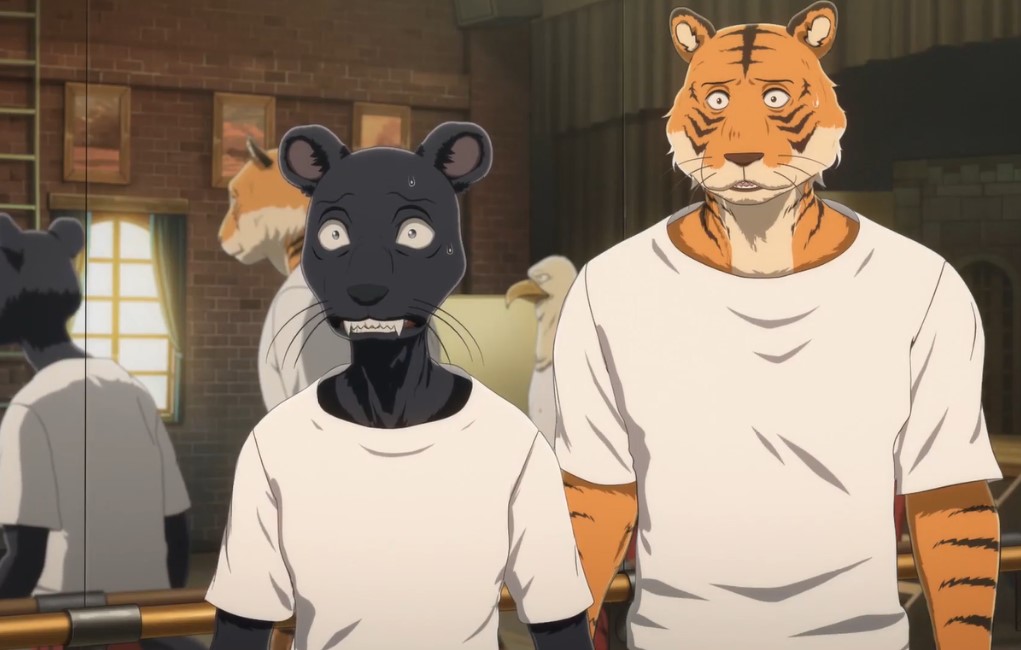 Legoshi has come back to the school after the incident that he got involved in a battle. Heis now a changed man, and he is humble, but he started training to protect Haru. Legoshi is sitting alone, wondering about his training; he thought he is doing well. He can’t understand why he cannot put his strength into his jaw. Legoshi realizes something and thinks that it is his chance to investigate. He thinks he knows what the saliva of the attacker tastes like.

He tastes the water of every student that he is suspecting to be the attacker. Legoshi finds that there is no single match in all the water that he has tasted. But he opens the last locker and finds something else, and he realizes that the matter was strong enough to knock him around with one arm. Legoshi thinks that this is the message for him since he is the one who ate Tem. He vows that if he finds him, he will kill him.

Later Legoshi visited the gym and talk with Domu about something. When they are talking, one of the carnivores got his arm cut off. Tao is found holding the arm, and he said he did not do it. He started to panic, wondering what is happening. Bill told all the Herbivores to stay back, and he tries to calm Tao down. Legoshi is surprised that the Herbivore’s instincts are growing wild. He finds it surprising for a carnivore to injure a herbivore’s arm or leg by accident.

Legoshi thinks that the arm of that injured guy has to be attached back. It has been revealed that the injured one is Kibi. Aoba tries to help Kibi, who told everyone not to touch him. Kibi comments that he doesn’t want a carnivore to touch him since they will take his other arm. Aoba told Kibi that he needs a carnivore with a strength that can help him. Kibi comments that he is scared, but he picks out Legoshi to carry him. 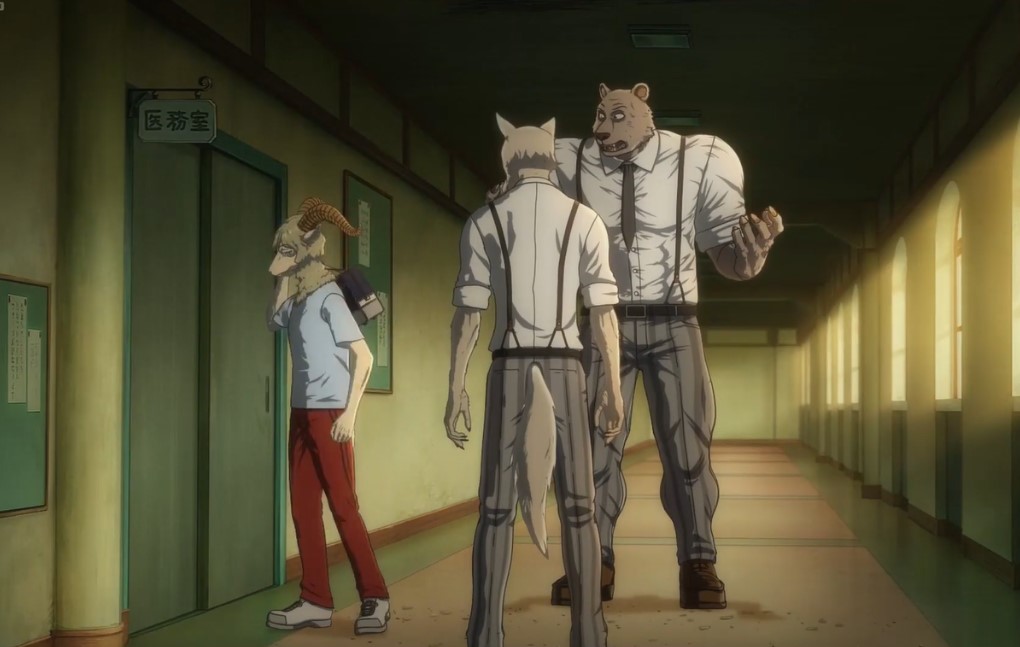 Legoshi agrees and said he is going to the infirmary and he will need someone to carry his arm. One other, the carnivores, he’s Legoshi. He decided to hide the arm so that the herbivores won’t see it and fear to attend school. Domu announces that the club is closed for the day. Legoshi and the other guy rush quickly without being seen to help Kibi. Bill told everyone not to panic since it might scare other students.

On their way, Kibi asks if they will send him to the hospital. Legoshi said he would make sure they will, and Tao thinks that it is over for him. He is regretting that he broke Kibi’s arm, but Bill and Aoba are trying to calm him down. Bill said that everyone knows that it was an accident since they helped each other inside the gym. Aoba said the if something happens, they will testify Tao.

Riz replies that he gues not and asks if he finds him by that french kiss. Legoshi said there is no point in hiding it, and Riz said he never wanted to eat Tem. Legoshi noticed that Riz has no worries and was starting to blame himself that he is the one who ate Tem. He is glad that he has found the culprit. Legoshi asks Riz if he thinks he will let him get away with it. Riz unleashed his claws and said he would silence Legoshi permanently.

Riz grows big and catches the ceiling using his claws, and Legoshi tries to size himself with Riz. Legoshi to Riz to bring it on. But Pina arrives and talks about Kibi, and the two stopped fighting. Pina looks at the ceiling that Riz has destroyed and said it would cost a lot to repair that. He comments that he won’t tell anyone, and Legoshi got sacred since he knows that he was almost suspended. The last time he got involved in a fight that almost ruins his future.

Pina asks Legoshi if he wants him to pretend that he did not hear that Riz is the killer. They head to the restaurant to talk about it. Riz said that he could also kill Pina. Pina manipulates Riz by telling him about the police and incidents that have just happened. If Riz tries something funny, the club will be investigated, and he won’t get away with it. Later Rizreveals how he killed Tem, but he died in front of his hands and decided to eat Tem.