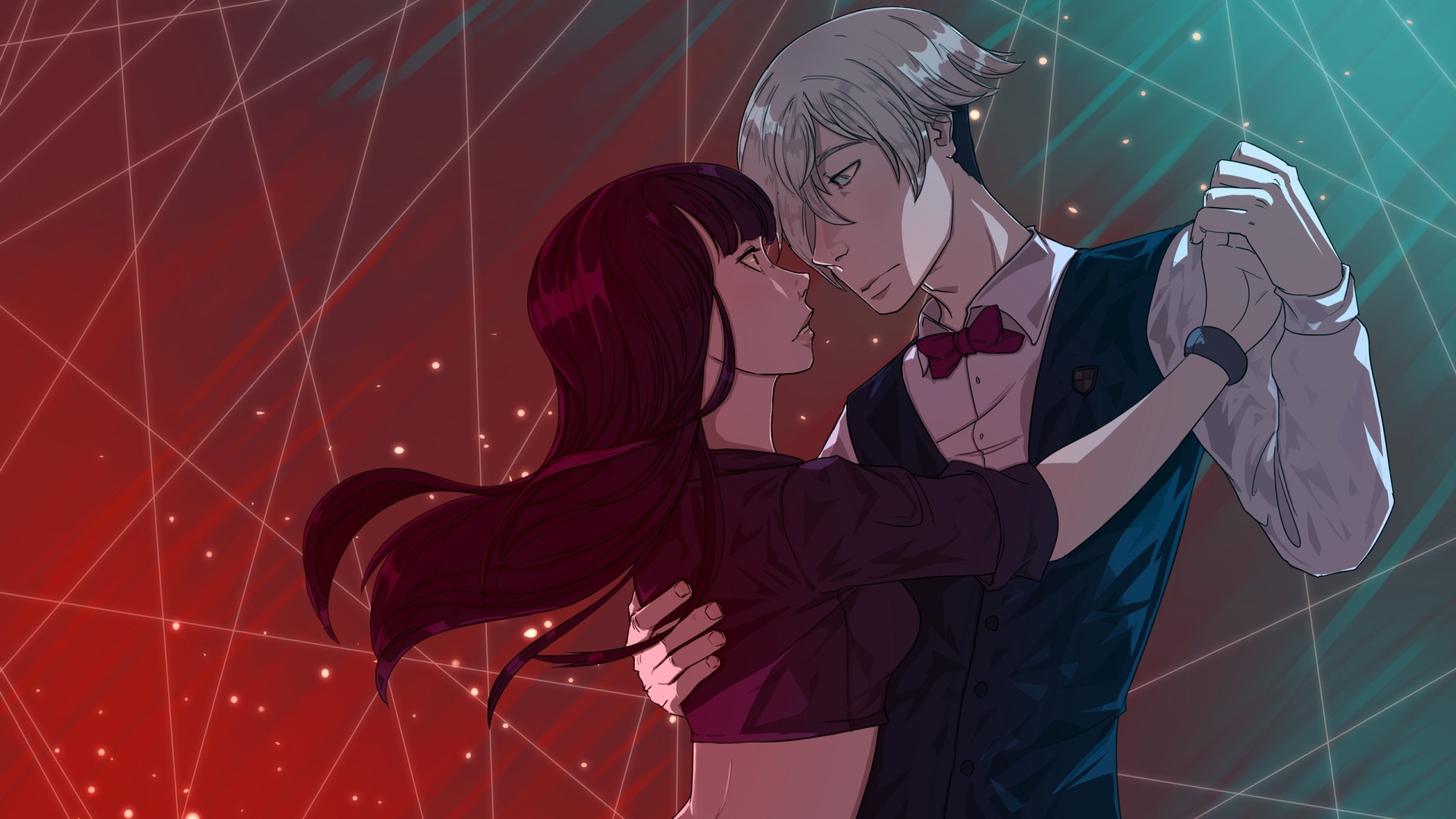 Decim and Chiyuki from Death Parade.

There’s a lot of Anime out there, streaming from adventure to life to romance to mecha, but there are certain hidden secrets that are less known to the public. Like any other series, they didn’t get the limelight. Many choose to watch this kind of obscure Anime over the typical stuff that is usually available on the different streaming services. The lost gems are faithful to their source material and widely praised. And I’m writing this article to put the viewer’s attention to these hidden gems / substantiated Anime.

All Anime listed in this list are hidden gems that needs more attention from the anime fans. 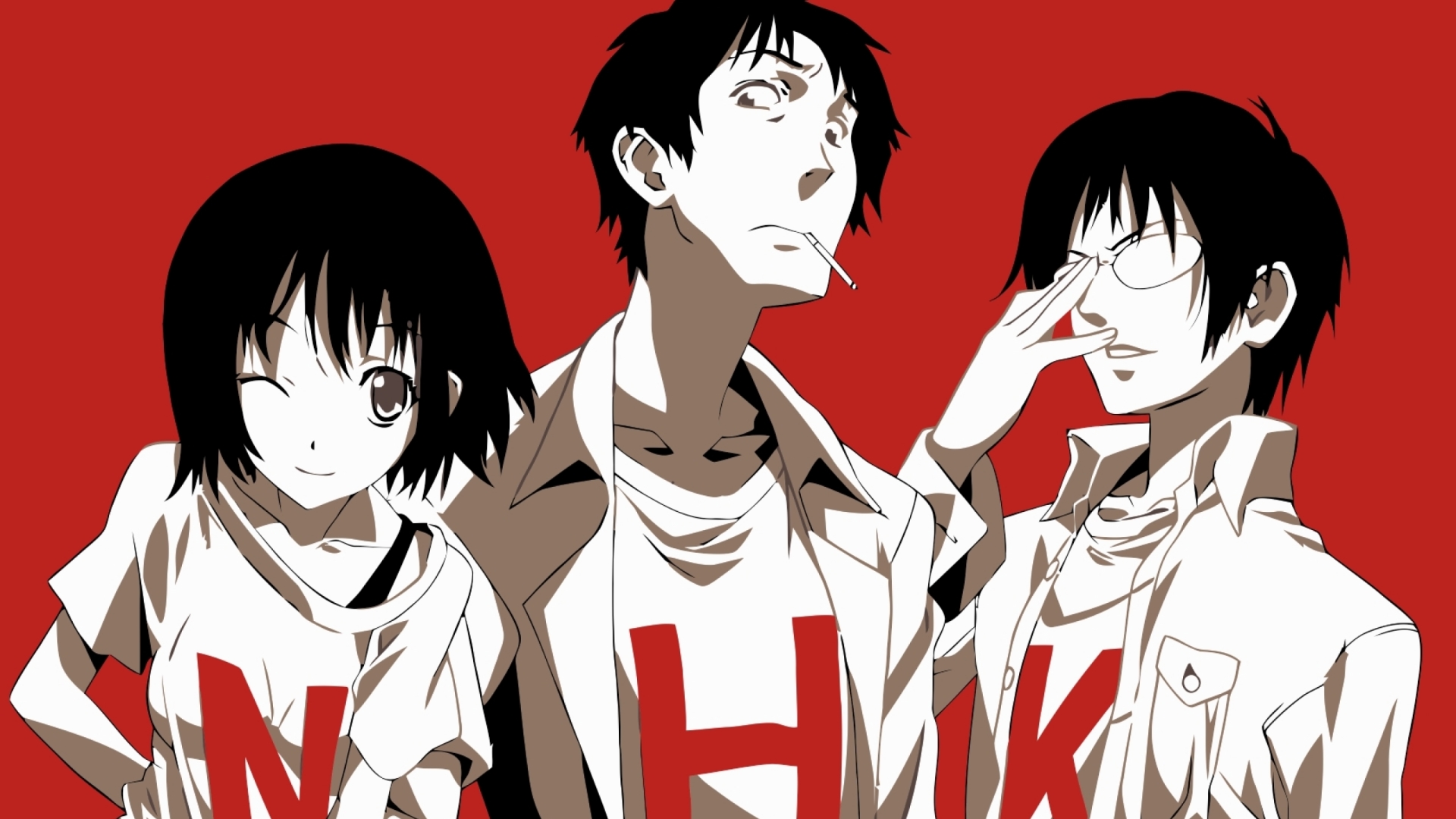 The trio from Welcome to the N.H.K

Such Anime fell under the radar of many anime enthusiasts with a lack of mainstream viewers searching for a more serious anime. The star of this series is Tatsuhiro Satō, a college dropout living alone. He leads a reclusive life as a hikikomori and gradually came to understand that this was due to some sort of conspiracy. One day, as his life is unchanged, he encounters Misaki Nakahara, an enigmatic girl who appears to be able to rid Tatsuhiro of his hikikomori ways. A unique series focused on emotional disorders as well as life challenges. In complement the heavy topics, there are crazy visuals and many, many funny scenes. 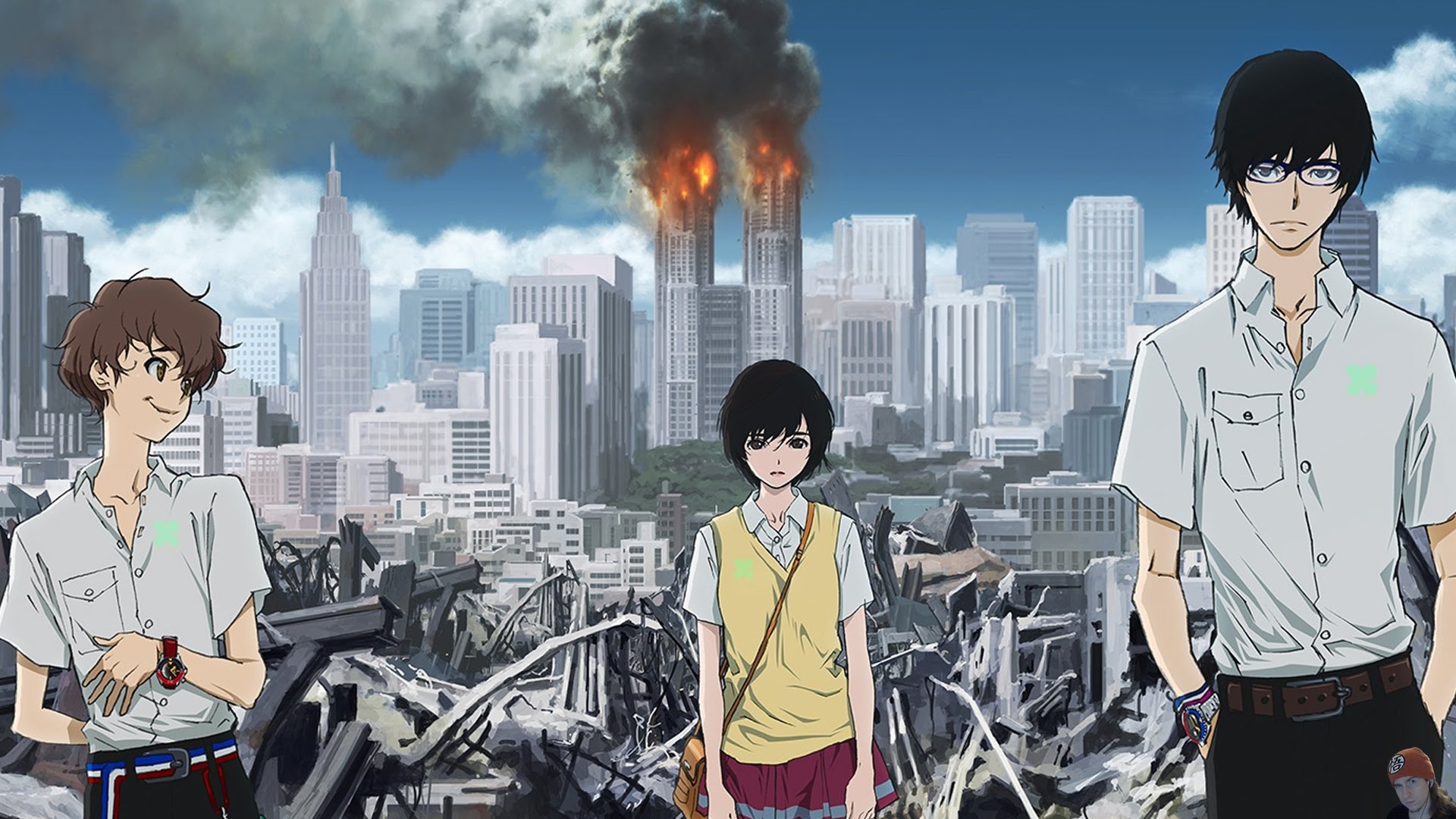 Most underrated Anime from Shinichirō Watanabe

This series is also directed by Shinichiro Watanabe, who is known for producing original Anime and is considered to be one of the greatest original creators in the anime industry. It’s a psychological thriller that’s going to have you on your feet until the finish. The series has a straightforward storyline, but the writing is on top and a big part of the popularity of this film, although it still has some criticism for its depiction of terrorism. The series is set in an alternate version of Japan, where two young boys called Nine and Twelve, steal a miniature atomic bomb in an alleged terrorist attempt, and send riddles to the police to solve the huge bomb explosion in the heart of Japan. 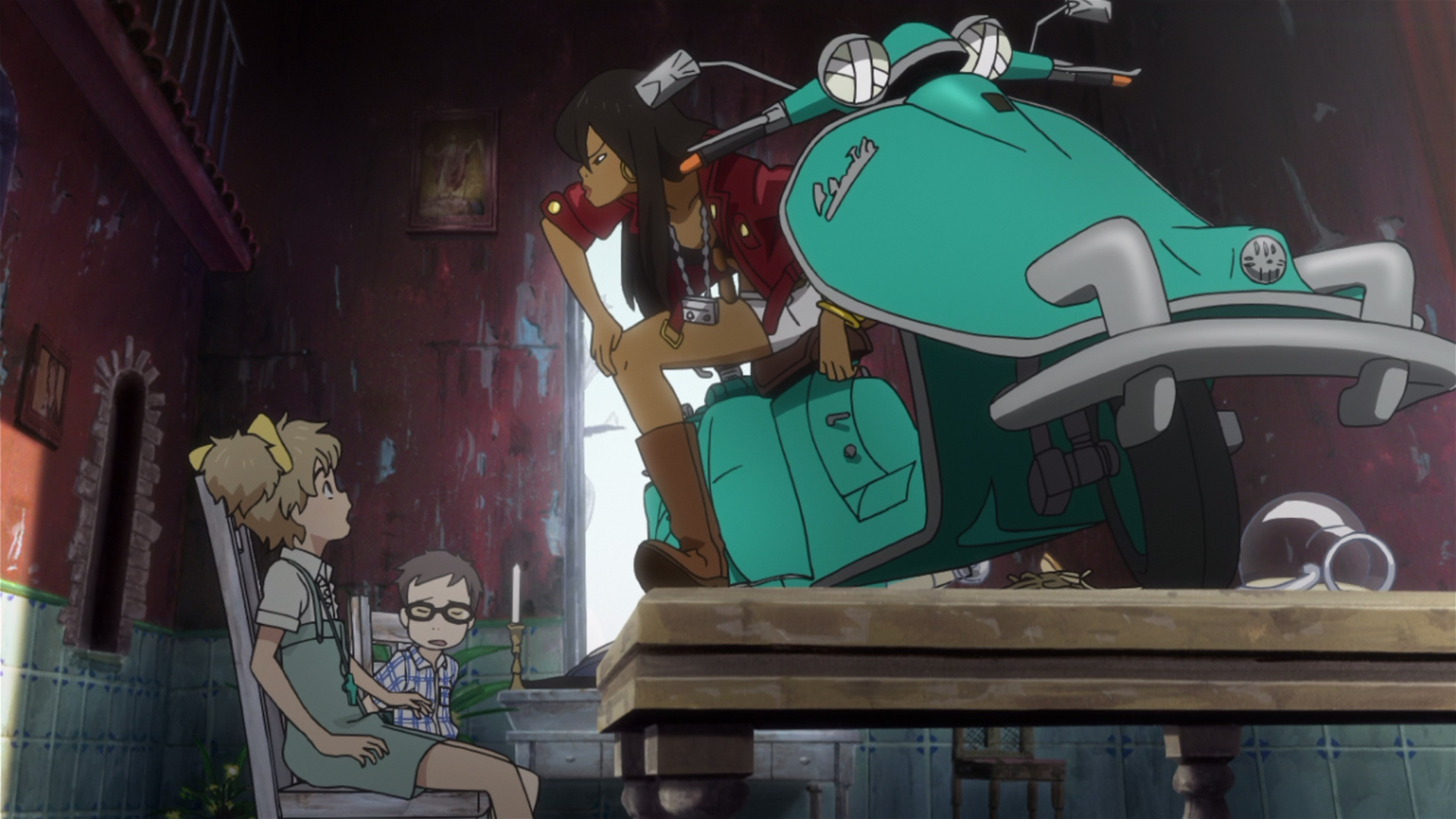 This Anime is also known as Finding Paradiso

This Anime is created by none other than Shinichiro Watanabe, considered to create such a wonderful anime as Cowboy Beebop and Samurai Champloo, both classics. This Anime is a bit different from the other typical Anime, in respects that can only be felt when watching this wonderful Anime. It’s known as Finding Paradiso in some countries, so you can find it on the Youtube channel of the same name. The series follows a free-spirited woman named Michiko, who had just escaped from a jail that was meant to be imminent, and Hatchin, a teenage girl who needs to be released from her dysfunctional foster father. They ‘re both joined hands to be on the hunt for independence 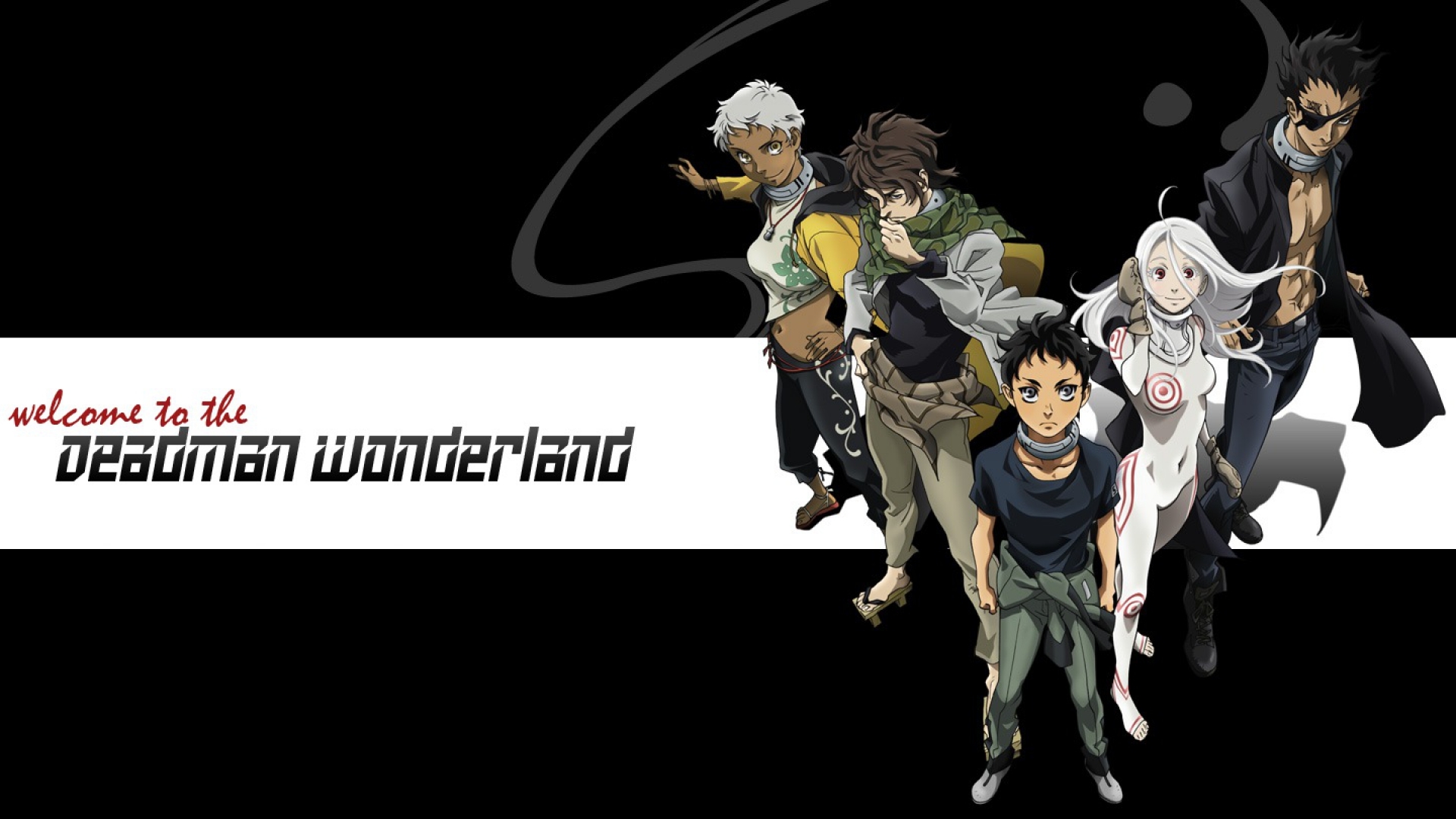 Some major characters from Deadman Wonderland

Upon seeing all the gruesome murders of his classmates, Igarashi Ganta, a junior high-ranking boy, is identified as a murderer. He is then transferred to Deadman Wonderland, a privately owned jail, and theme park, where prisoners participate in Ninja Warrior-Esque, deadly entertainment challenges for the public. Ganta finds himself plunged into another dimension in a game limited to prisoners with special talents. While losing the war, he ‘s trying to figure out what’s going on and all this has to do with the deaths of his classmates. An underrated gem full of violence, aggression, and comedy, you ‘re going to be blown away by how masterfully they’ve been able to juggle all these changing emotions, and maybe even wonder that society has an innate hunger for blood, or whether it’s something we’re told about. 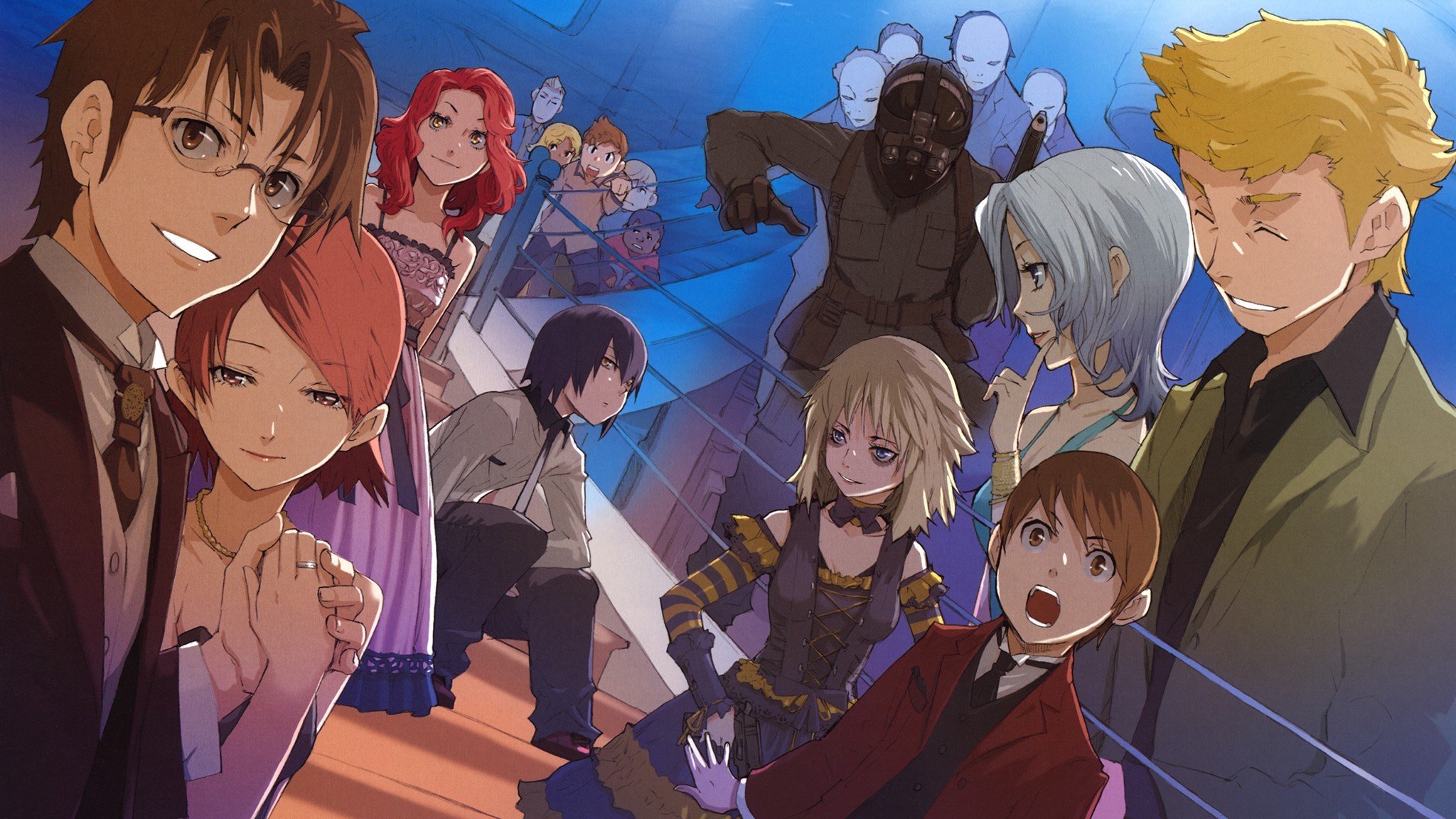 Baccano! is only 16 episodes long.

Baccano! is one of the most underrated Anime that still is being remembered for its non-linear storytelling style among the fans. The Anime is based on the light novel series by Ryogo Narita like Anime which also features a set of characters from criminals to alchemists in an alternate 1930s America. The show tells a story in a non-linear format, featuring characters from gangsters, celestial creatures, criminals, aliens, alchemists, and more. The Anime is a melting pot of excitation and it is matched to a brilliant, much better, jazz tracklist. 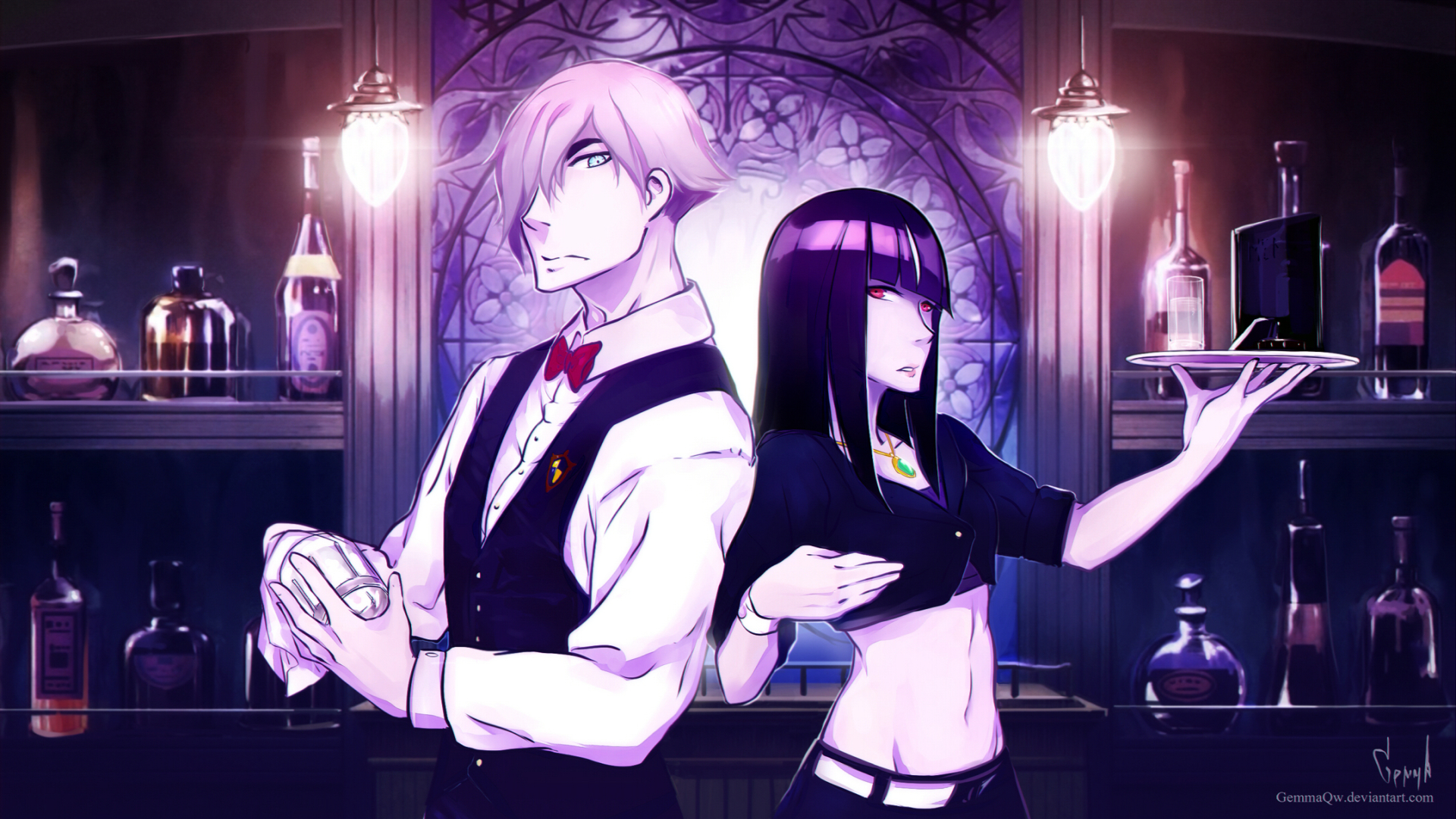 A short but promising anime.

Death Parade could look pleasingly light-hearted from its start, but it gives you a lot to think about. When you’re looking for a series with great suspense and interesting characters, you should probably take a peek at this one. We love the notion that a bar is a kind of purgatory where souls go until they are punished on the basis of their life choices. It’s a brilliant idea that gives us a view not just of the missing ones, but also the one in charge also judging them. And if you’re in the mood for any sort of metaphysical analysis, check out this show. 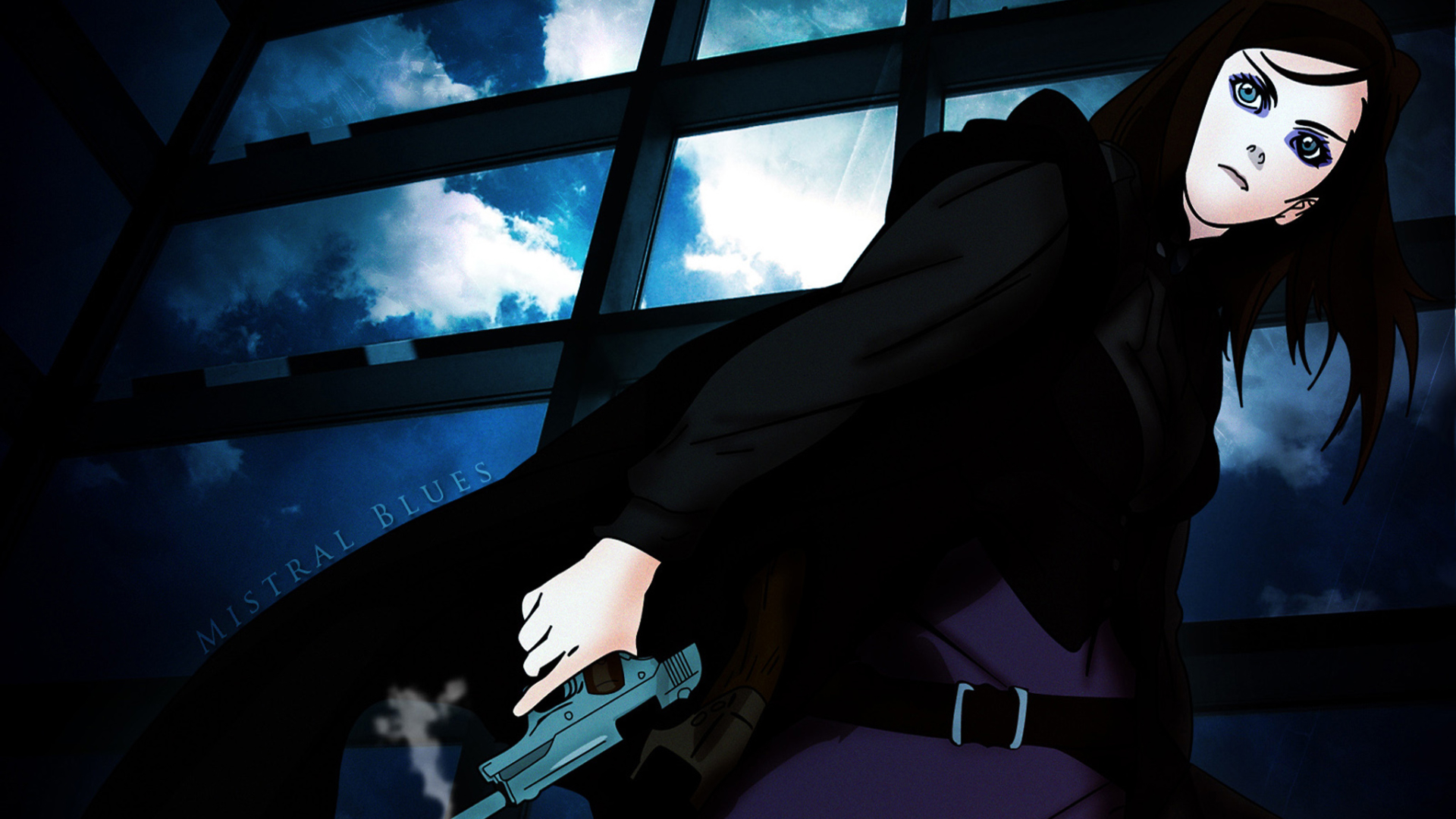 Ergo Proxy is a science-fiction anime series that is heavily inspired by philosophy and Gnosticism. It’s a combination of 2d and 3d animation. It has been praised by critics for its visuals and design. The plot is set up in the future in a city called Rondeau, where humans and androids known as AutoRievs coexist, the question emerges after a virus outbreak causes androids to become self-conscious and threatens to kill people. See it for you as a grim cyberpunk-themed series; gothic vibes are a bonus. 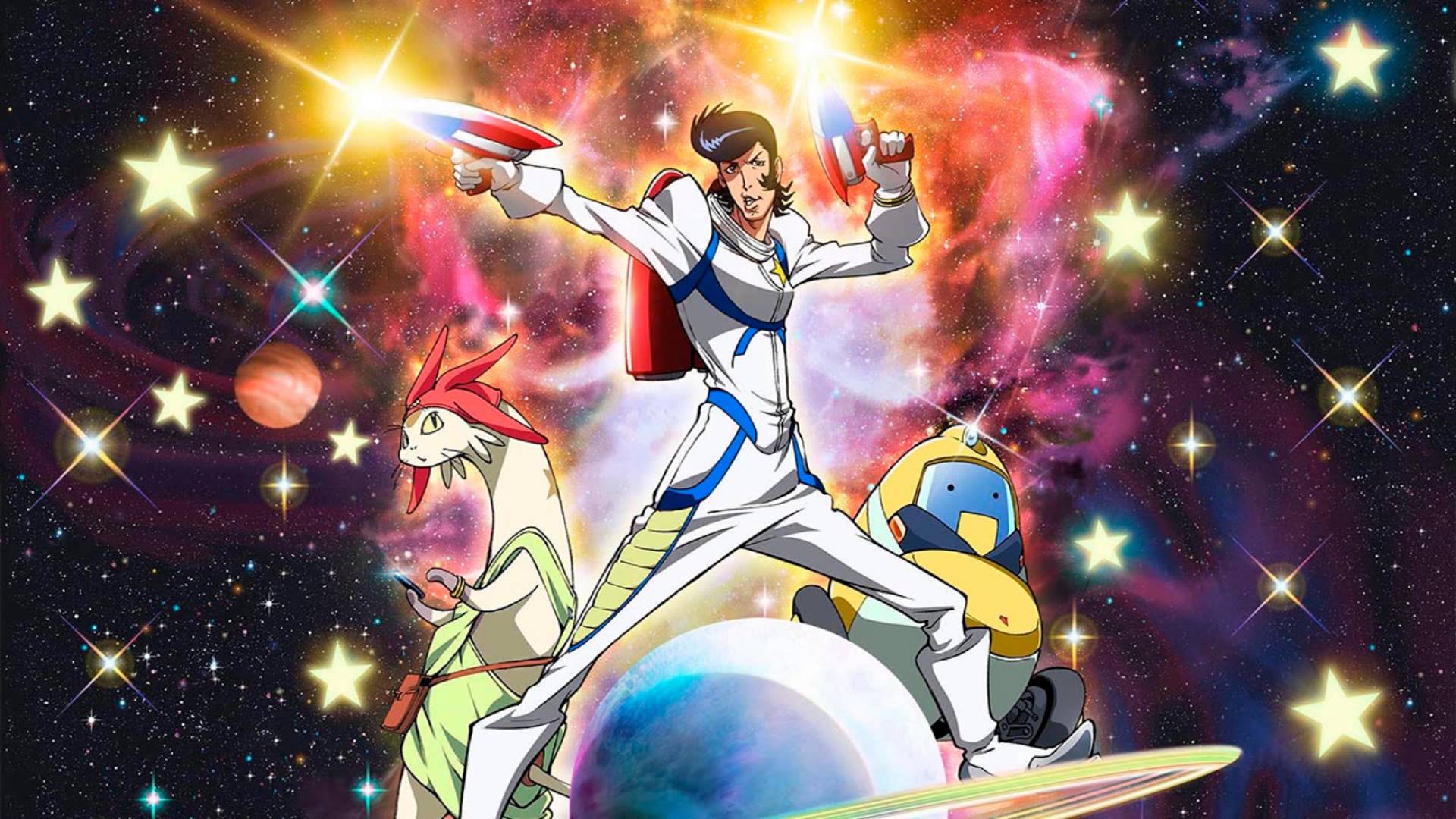 Space Dandy a mix of genres.

Space Dandy is like the mixture of Cowboy Bebop and Jojo’s Bizarre Adventure and it feels unique in its own way..We meet Dandy who is a bounty hunter whose job is to track down aliens who are eligible for a reward. For now, his work may be the least dull job in the world. Made of funny characters, he encounters along the way and over the top action scenes. It might not be a classic anime like cowboy bebop, but it is definitely a more recent and funnier equivalent. The cast and the graphics are so fantastic that you’re completely absorbed in the show. The team of a cat alien and a robot vacuum are probably the funniest on this list. While not much character growth is needed, you’ll forget about the sheer amount of humor in the series. 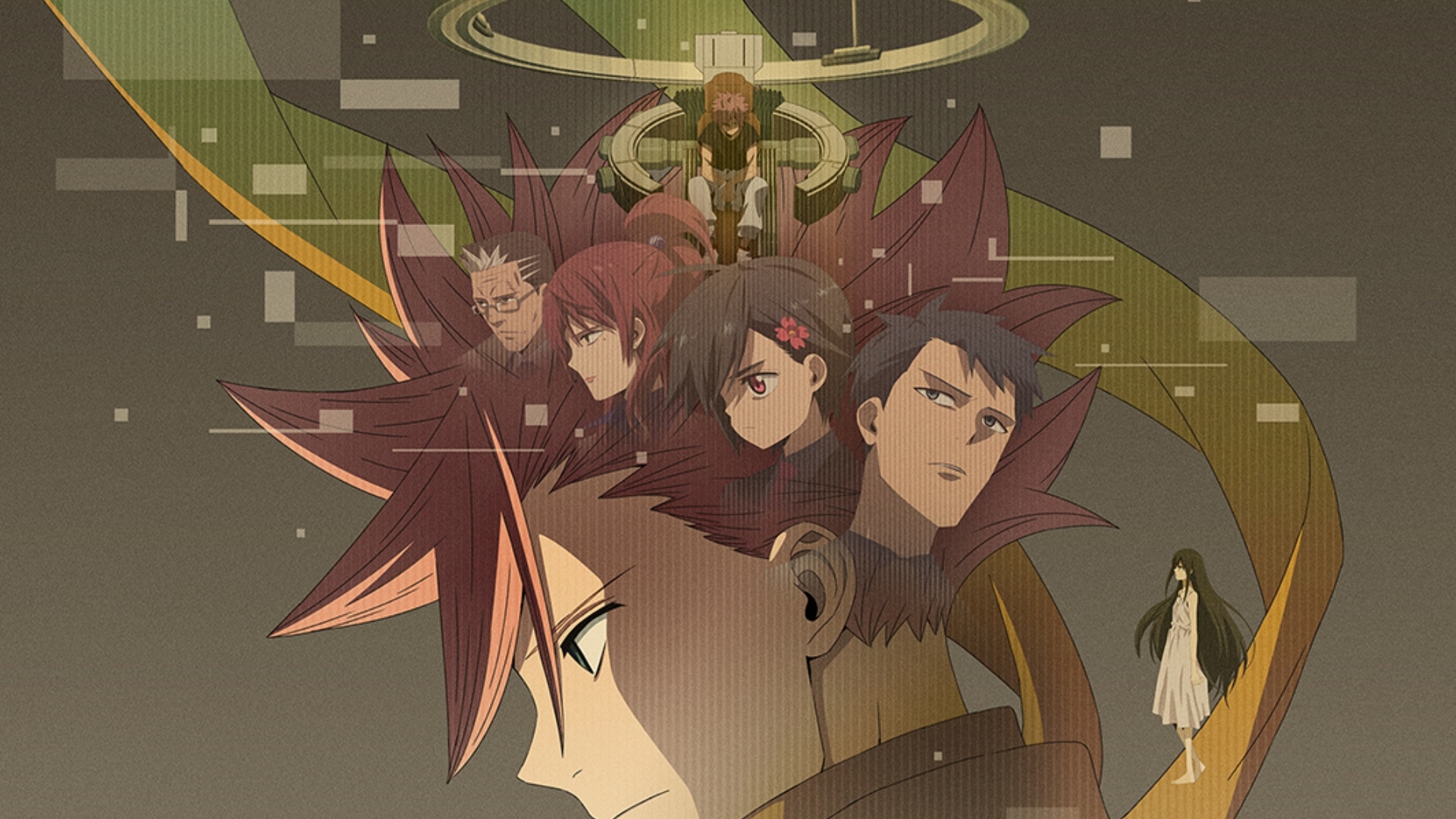 Id: Invaded is one of the original Anime of this year.

ID: INVADED is an original anime that was released this year in January and easily catches the interest of anime fans all over the world as the story of this Anime is complex.The anime centers around Sakaido, who used to be a well-known detective but was imprisoned after she killed the murderers of her friend, and now he’s helping the police capture criminals and spend his life in prison. Later on, there’s also a manga version that’s fast becoming popular with the fans of this Anime. The Anime is detected and published by Ei Aoki and Saitarō, as well as developed by Naz studios.