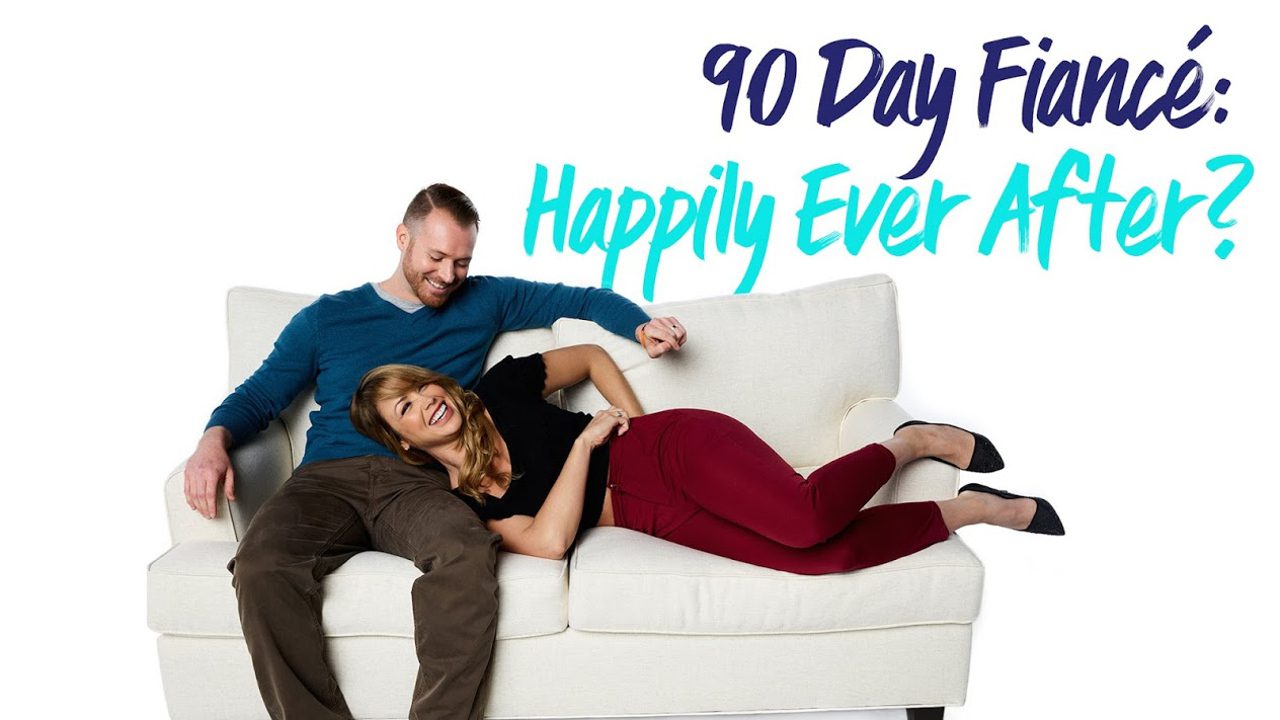 90 Day Fiancé Happily Ever After

Some of the most popular ’90 Day’ series couples will appear in Season 7 of ’90 Day Fiancé: Happily Ever After?’ This most recent season is for you if you’ve been curious about the annoying and loud voice from Hazlehurst, Georgia, whether Jenny and her new in-laws are a happy family, or if Big Ed and his impending marriages are on your mind. The cast of the new series has been revealed, and those who watched its most recent season will immediately recognize several of the individuals.

There will be seven couples this season. There were initially six couples announced, but we subsequently found out that one couple will be from the most recent season of “90 Day Fiancé: Happily Ever After?” We couldn’t know anything till we attended their wedding. How about that couple? They are Bilal and Shaeeda. You’re not the only one who may still be on the brink of their relationship.

Here are 90 Day Fiancé: Happily Ever After? Season 7 Cast:

90 Day Fiancé: Happily Ever After? Season 7 Cast And What Will Happen To Them

90 Day Fiancé: Happily Ever After? as with every season? shows what happens to some of our favorite pairings from the 90 Day Universe after the production of their individual series has finished. Let’s find out more about the six couples featured this season and what will happen to them.

Kimberly Menzies and Usman “SojaBoy” Umar are newcomers to the scene after being recently introduced to audiences on 90 Day Fiancé: Before the 90 Days season 5. Usman was being questioned about having spoken to an ex when viewers last saw the couple, and Kimberly was not aware of the chat. Although some fans believed the two had broken up, it is obvious that they are still very much together. 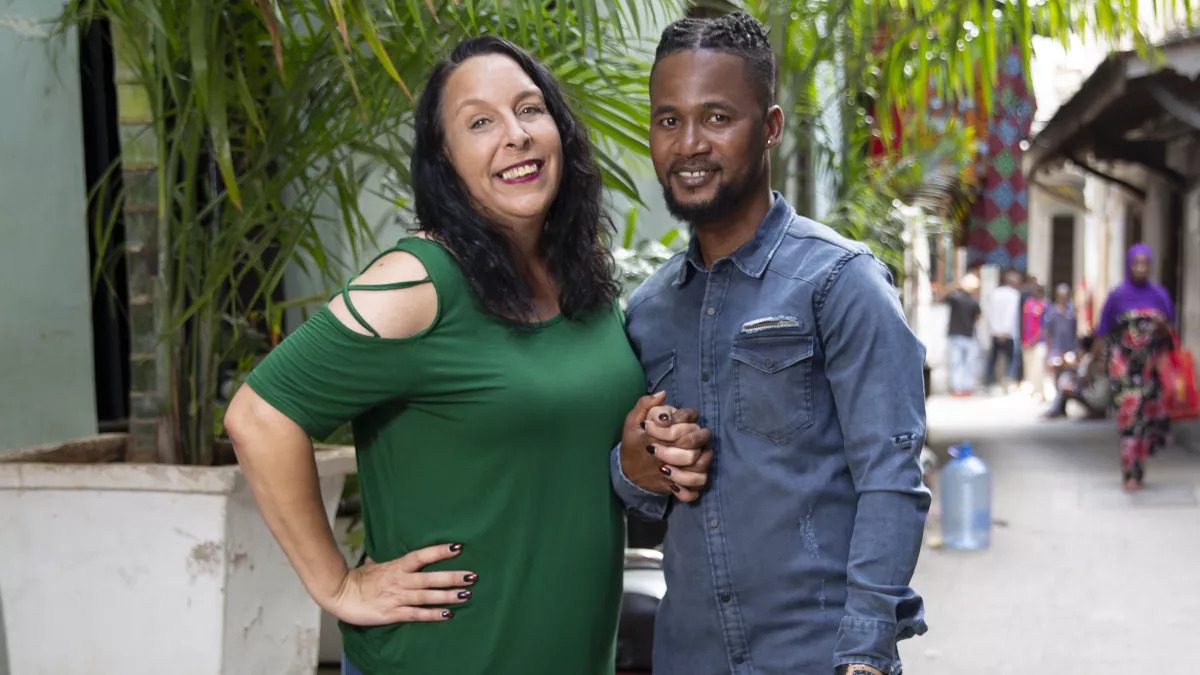 In season 7 Kim goes to Nigeria ready to pop the question to Usman. Unluckily for her, neither partner’s family appears to be in favor of the union. Usman’s mother is concerned about him marrying an older woman who is unable to have children, while Jamal, Kim’s son, fears that she is moving too quickly. Kim continues to stay in Nigeria, but as the possibility of Usman taking a second wife grows. Kim is angry that Usman’s family is trying to arrange for him to marry a younger lady before she weds him. She is certain that she has to be his first bride. Will Kim be able to accept Usman’s family’s requirements for their possible union, or is this romance bound to fail?

Jenny Slatten and Sumit Singh are other couples that struggle with family issues. Perhaps an understatement would be to say that Sumit’s parents did not like Jenny. Due to their age gap, his mother feels no reluctance to inform the two they shouldn’t be together. This has been the situation ever since the couple debuted on season 1 of 90 Day Fiance: The Other Way. 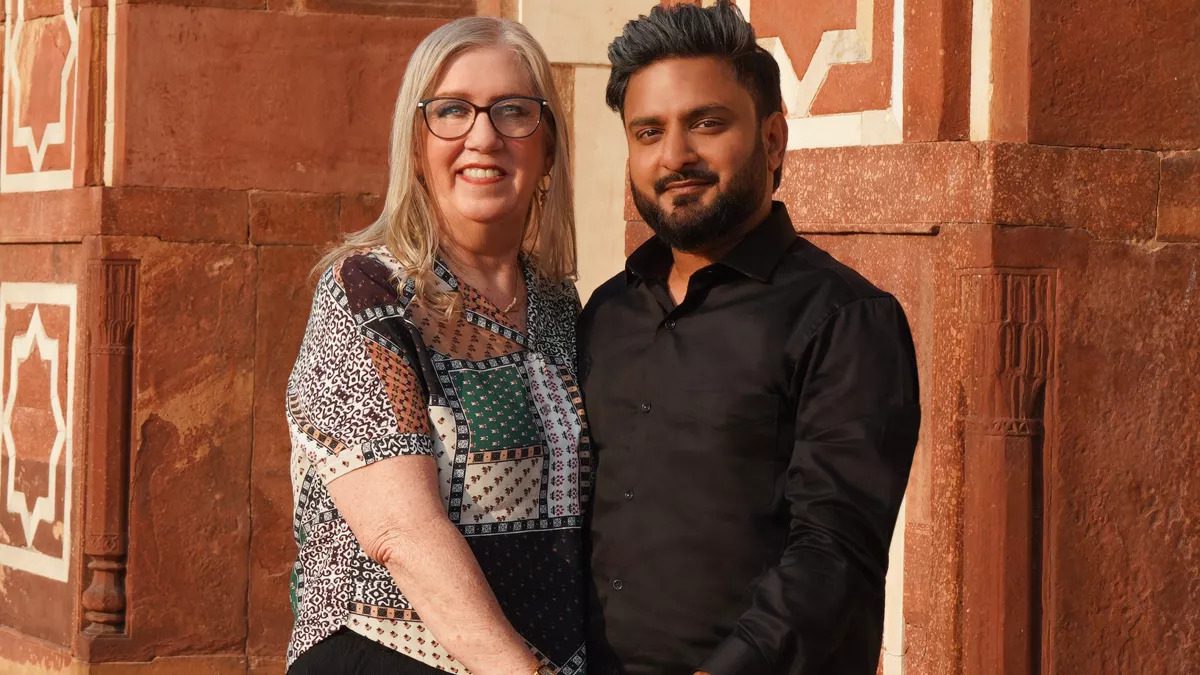 In season 7, the bride’s family is upset that Jenny and Sumit are getting married, and the cat is out of the bag. Jenny is getting increasingly homesick as Sumit’s family refuses to accept their marriage. After a bumpy start to their marriage, Sumit is focused on finding a means to repair his ties with his family. Additionally, the couple is gradually discovering that their age gap may be hurting their relationship because of incompatibility in their expectations for a future together. Will Jenny and Sumit be able to come to an understanding, or are their lives taking different paths?

Big Ed Brown and Liz Woods’ relationship is not just troubled by outside factors like Ed’s friends and family, but the two have also experienced problems of their own that have led to many breakups, as was well-documented in the seasons of 90 Day: The Single Life. It’s too soon to determine if they’ve stopped breaking up in order to reunite. 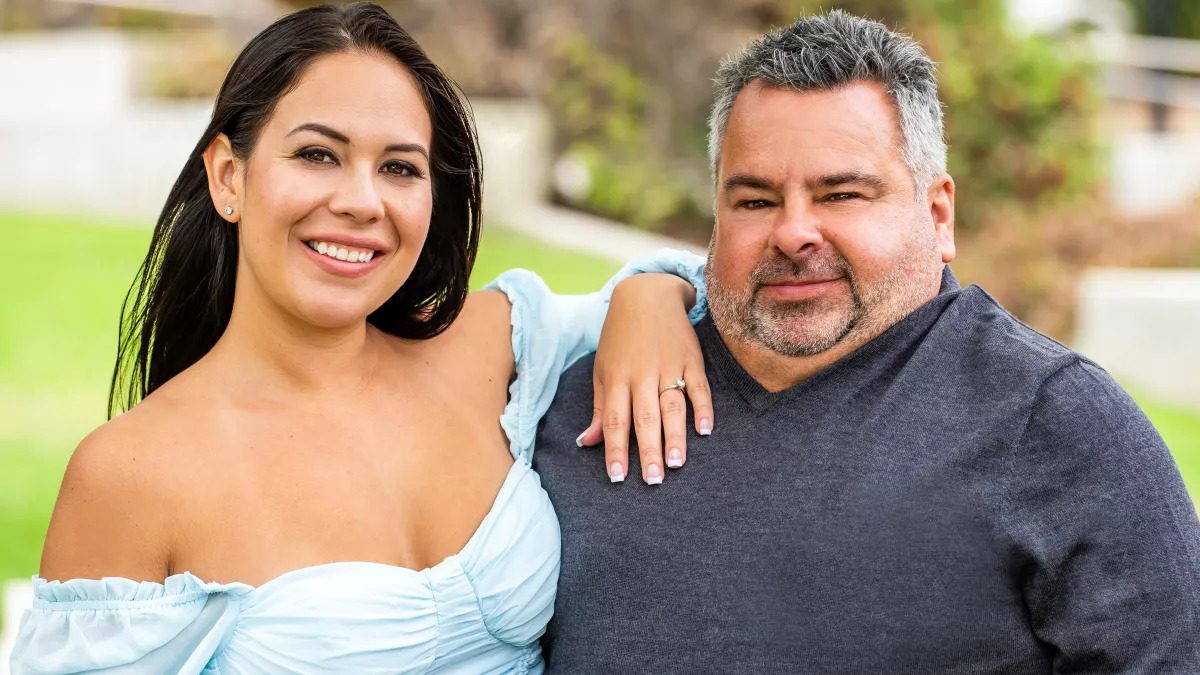 In season 7 Ed and Liz’s path to the altar faces setback after setback as the couple’s niggling trust and control issues resurface. Ed’s friends and family are still hesitant to accept his new fiancé into the fold, which makes things more challenging. The couple is dedicated to their romance and is planning engagement celebrations and house hunting as a team. But everyone worries if they will or won’t walk down the aisle due to the couple’s jealousy and family issues.

Since their appearance on season eight of 90 Day Fiancé, Yara Zaya and Jovi Dufren have been fascinating couple to follow. The two have frequently appeared to prefer different lifestyles. She would want to live in the peaceful suburbs with their kid, while he made it clear he would prefer to live in the city, where there is constantly something to do when you need a break from being a parent. Last season, Yara slapped Jovi in a strip club because he failed to recognize his social signals from her. 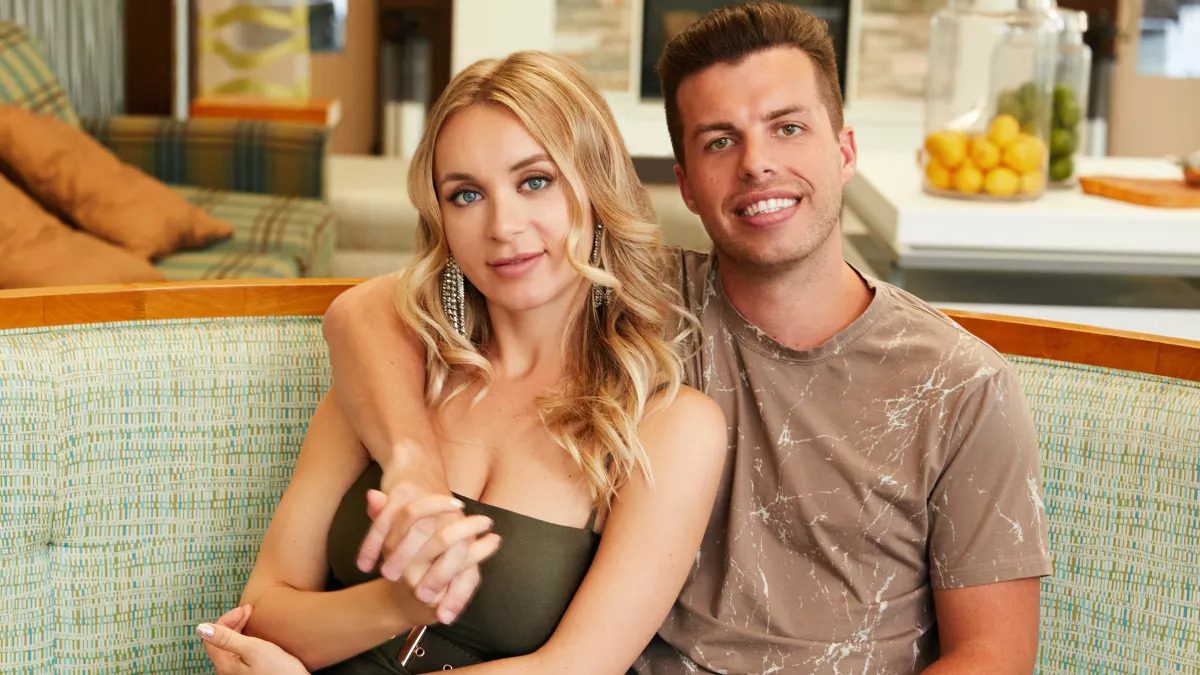 In season 7, even though Jovi and Yara like having Mylah as a child, their relationship has changed as Yara battles postpartum insecurities. The pair considers traveling to Ukraine because Yara is going through a particularly bad case of homesickness. Everything changes, though, as the Russia-Ukraine War starts. Jovi and Yara make the decision to travel to Prague to visit Yara’s mother. Yara is considering the possibility of moving her loved ones to the United States since she is desperate to help them through the crisis. Will this pair be able to find any peace in the midst of all the turmoil?”

Andrei Castravet and Elizabeth Potthast have both experienced ups and downs in their relationships, but most of their problems were related to their different families (well, her family). Since their debut appearance on 90 Day Fiancé, if the couple wasn’t fighting with Elizabeth’s sisters, they were at odds with Charlie, Elizabeth’s brother. Before the reunion, Andrei was last seen arguing directly with Charlie at Elizabeth’s father’s house in the previous season’s finale. 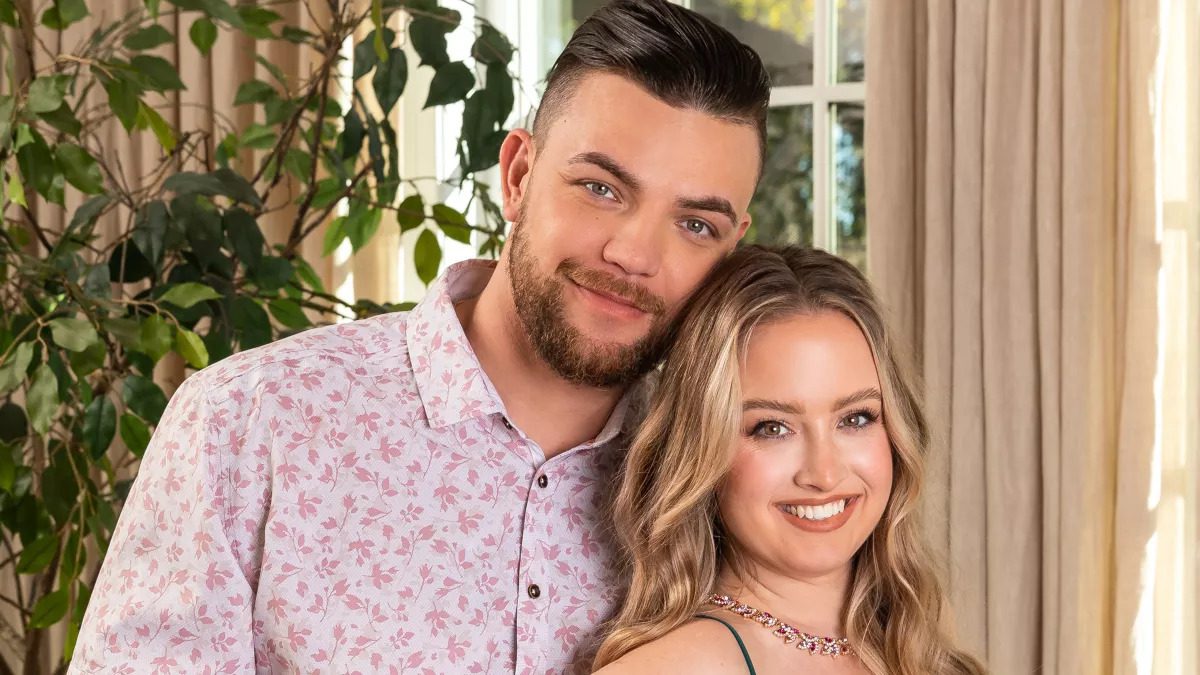 But the situation for Elizabeth and Andrei will be improving in season 7. The couple is progressing in life: they recently purchased a home, Andrei is settling into his job, and Libby is thinking about switching careers to pursue her lifelong passion for music. But because of worries that Andrei is distancing Libby from her family, tensions are escalating. The pair wonders if someone is trying to undermine their happiness and maybe have Andrei deported when an unexpected and unusual green card interview is required of Andrei. Andrei’s connection with her family has always been difficult.

Michael Ilesanmi and Angela Deem are featured in this season of the series. Since they initially appeared together on 90 Day Fiancé: Before the 90 Days season 2, the relationship between the two has been somewhat bumpy. In fact, she appeared to have split from her husband during a video conversation during the 90 Day Fiancé: Happily Ever After reunion episode. 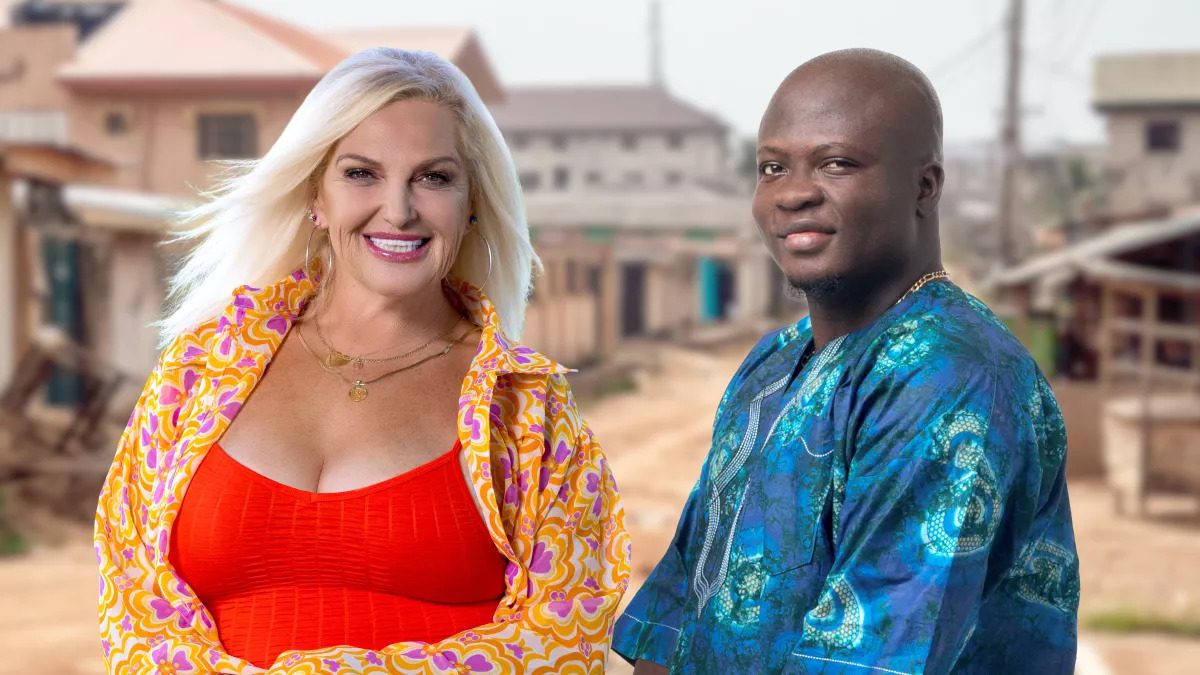 Michael is still in Nigeria because of ongoing visa complications, and Angela believes he is ignoring her more and more. He has restarted his social media accounts despite their previous troubles with it, and he even went so far as to block her, leading Angela to question whether he is trying to trick her for the first time. Angela begins a flirty friendship with a man she met online, whom she considers meeting in person, since she needs help and craves attention. Although Michael’s visa acceptance is soon, Angela still hopes to give their marriage one more try. Will Angela and Michael be able to patch up their shattered relationship, or will the weight of their past hurt be too much?

Shaeeda Sween and Bilal Hazziez are literally just making their 90 Day world debut in the original series 90 Day Fiancé. The newlyweds will be navigating marital life as well as Shaeeda’s urgent need to have a baby. It will be interesting to see whether the local practical prankster has any additional jokes for his wife. 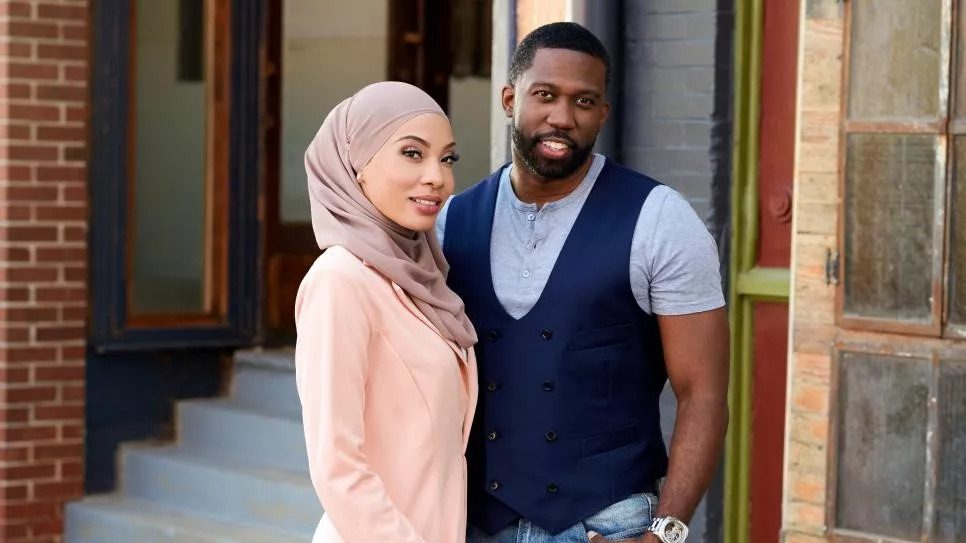 After getting married on last night’s 90 Day Fiancé episode, Bilal is anticipating an ideal honeymoon period with his new wife. Shaeeda, however, has baby business on her mind. Shaeeda must wait until she is 40 before becoming pregnant according to their prenup, but Bilal worries that the added stress of a child would destroy their budding marriage. However, a fateful trip to the doctor brings up disturbing information regarding her fertility, exposing difficulties with abandonment and trust, and straining their relationship to the breaking point. Will Shaeeda’s deadline for becoming a mother come true or end their marriage, which is becoming more and more unstable?