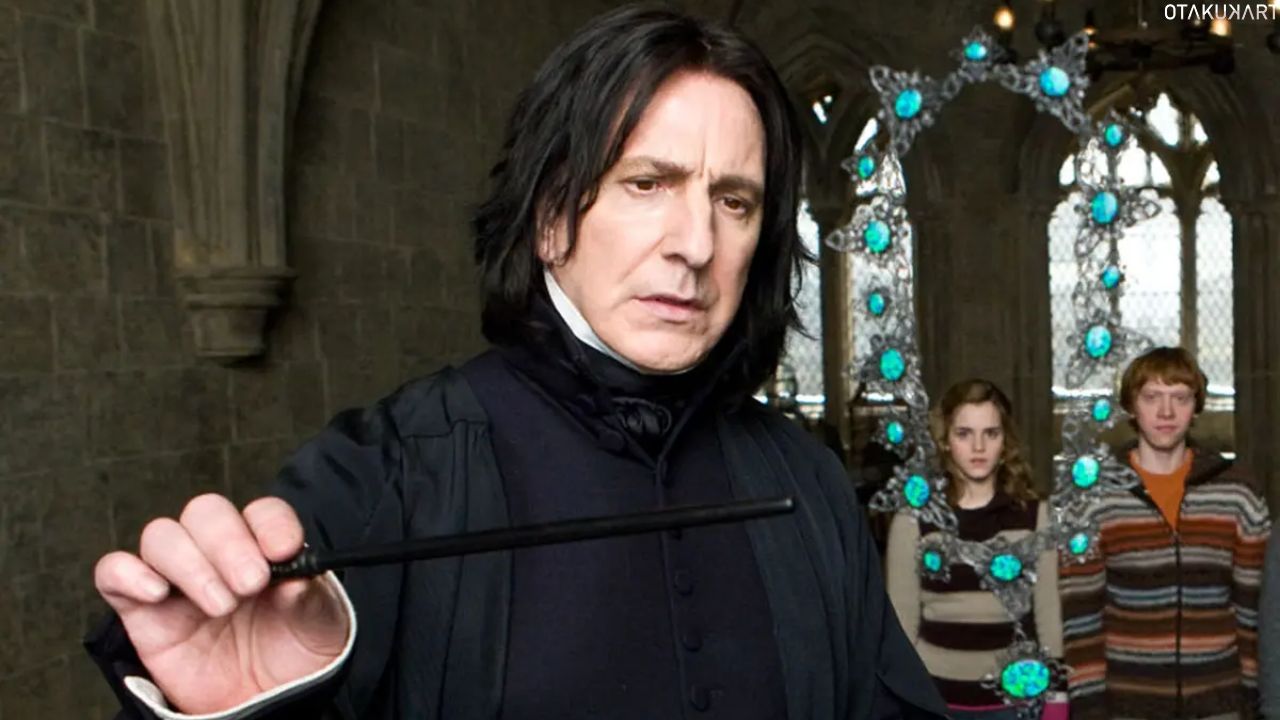 Who would be aware of Professor Severus Snape, played by none other than our very dear Alan Rickman? However, in this article, we will see what Alan Rickman really thought of Harry Potter co-stars that are revealed in his diaries. His book titled “Madly, Deeply: The Diaries of Alan Rickman” is all set to publish real soon. Alan was one of the most loved characters in the entire Harry Potter franchise.

Though in the beginning, everybody was a bit pulled away from him, but as soon as the series proceeded, things changed (you would know if you had seen it)! In his diaries, Rickman expresses his honest feelings about the Harry Potter film series. He details his experiences on-site and his presence at premieres and parties as well a lot more secretive. Just stay with us until the very end, and we’ll see everything.

So, without any further ado, let’s talk about everything we know regarding what Alan Rickman thought of Harry Potter co-stars. 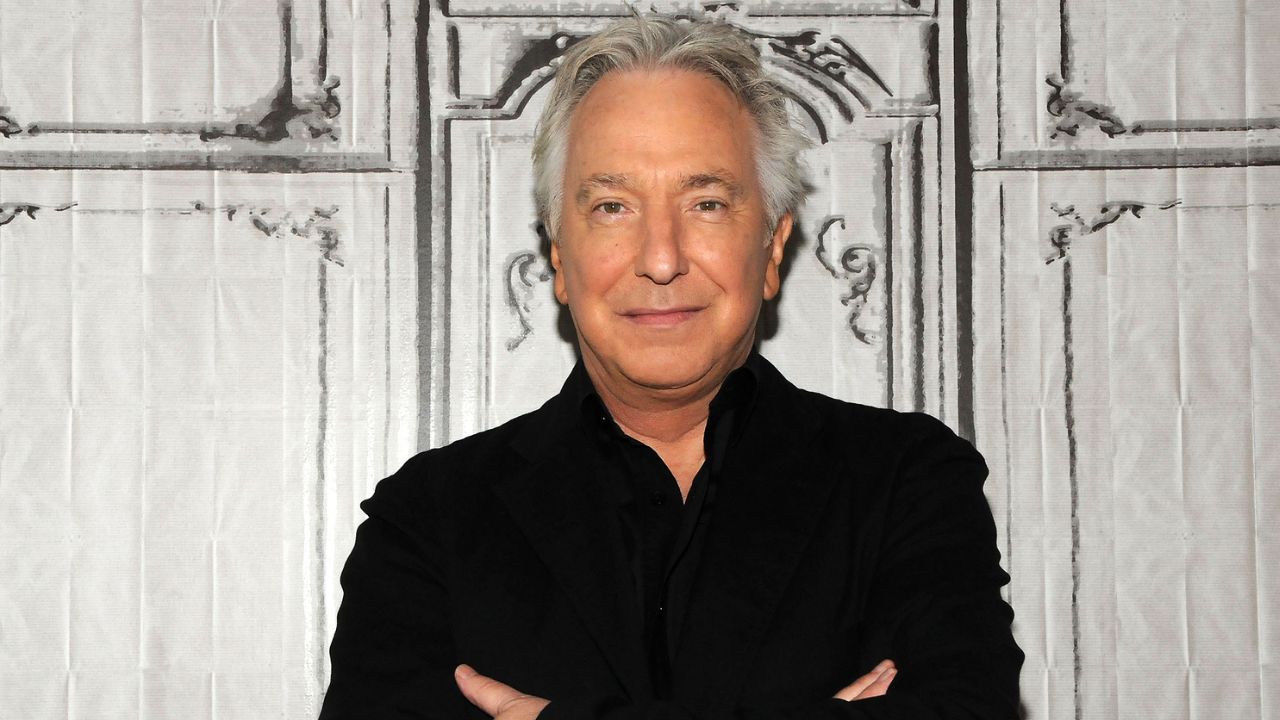 Who Is Alan Rickman?

Alan Sidney Patrick Rickman a.k.a Alan Rickman, was an amazing actor and a great loving human being. He was born and raised in London on February 21st, 1946. He went to Derwentwater Primary School, a Montessori-based elementary school in Acton, London. Rima Horton was his life partner. Since they both attended Chelsea School of Art together, Rickman and Rima Horton had been together for more than 50 years.

Rickman’s initial passion and interest was the stage, even though he was best recognized for his performances in movies. He collaborated closely on numerous productions with different British repertory and experimental theatre companies. Severus Snape, the potions professor, was a highly important character that he portrayed in the Harry Potter series. 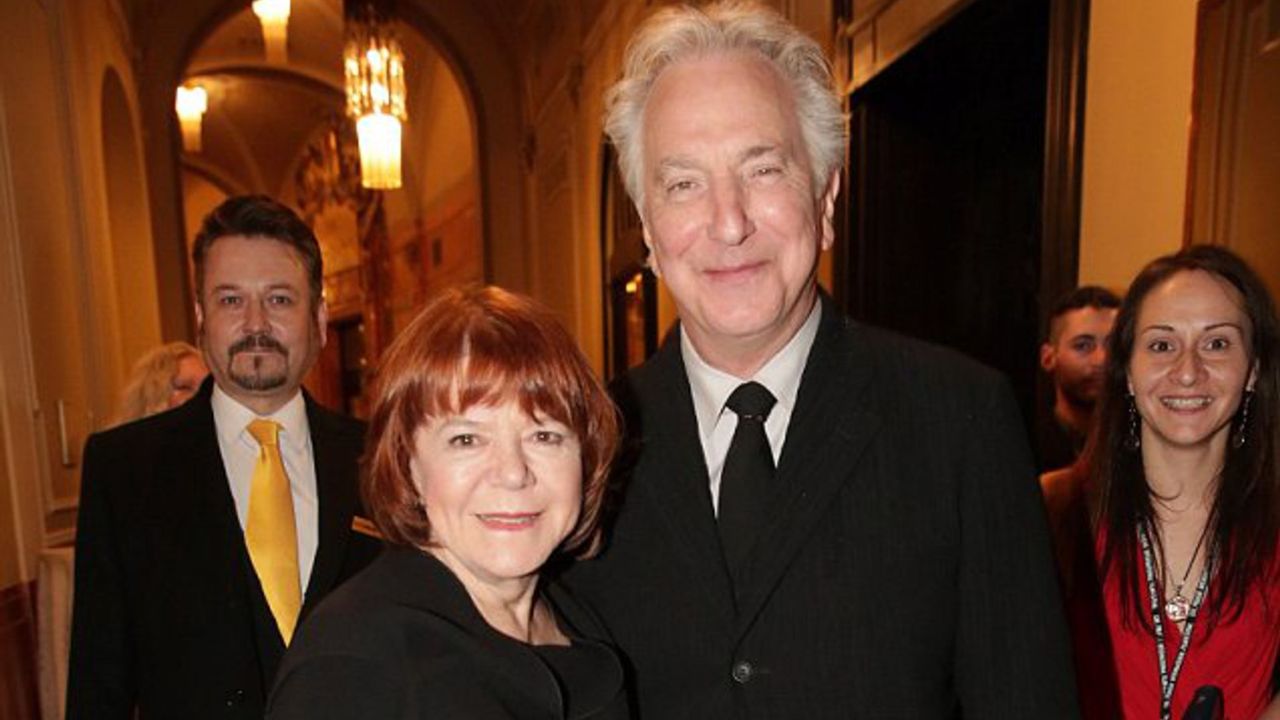 Even though Alan was already well-known in the field prior to it, Snape was one of his most compelling characters. He has also ranked as the 46th finest villain in movie history thanks to his work in Die Hard, which gained him a position on the American Film Institute’s list of the “100 Best Heroes/Villains.” He won an Emmy Award for “Rasputin” (1996).

Rickman experienced a mild stroke in August 2015, which resulted in the revelation of pancreatic cancer. He kept his fatal illness a secret from everyone but his closest personal friends. At the age of 69, Rickman passed away on January 14, 2016, breaking the hearts of millions of his admirers and the whole Harry Potter franchise. 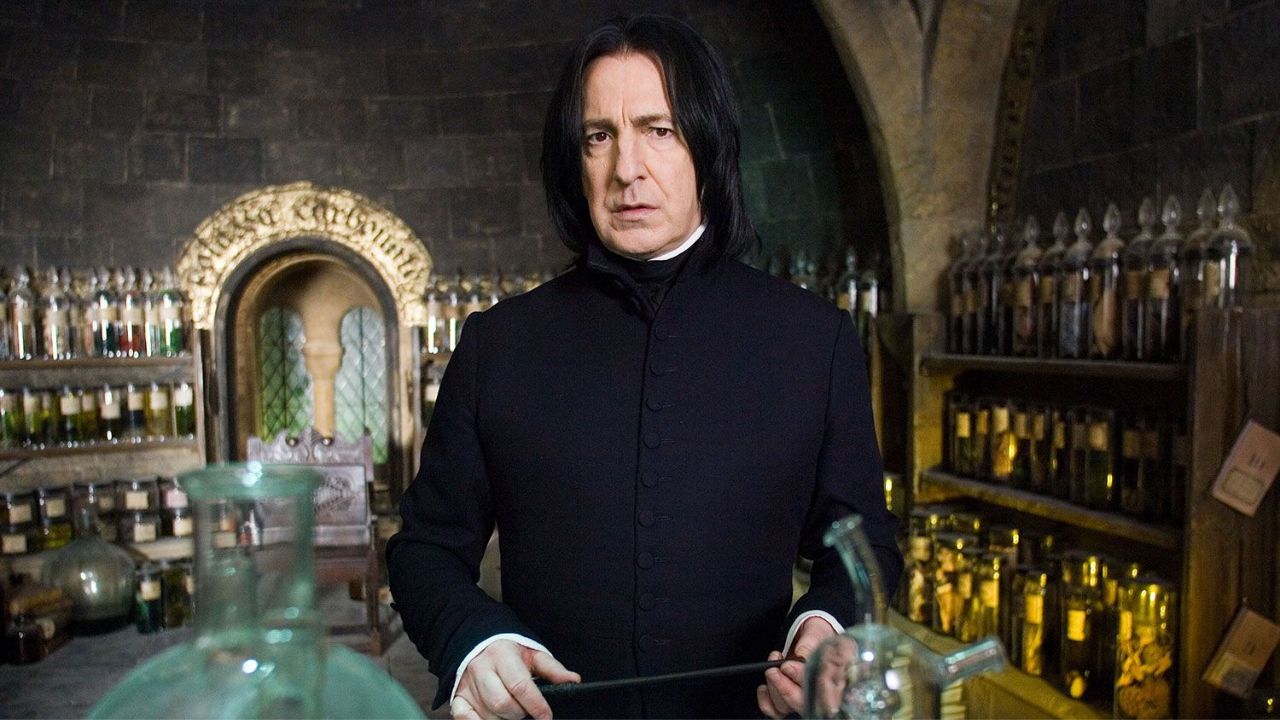 What Alan Rickman Really Thought of His “Harry Potter” Co-Stars?

On October 4, portions from the actor’s diaries will be published in the book “Madly, Deeply: The Diaries of Alan Rickman.” The late actor had journals in which he would mark down experiences from his life, and those journals are now helping those who want to know how he truly felt. Let’s go through it.

His Honest Opinions Of His Co-Stars

Rickman spent ten years working on the movie series and saw the Hogwarts students’ actors mature from youngsters to all grown-ups. Despite his continued doubts, he noted in his diaries that Daniel Radcliffe would surely direct or produce someday. Along with that, he called him “sensitive, eloquent, and smart.” He also mentioned Daniel’s seriousness, attention, and sense of humor. 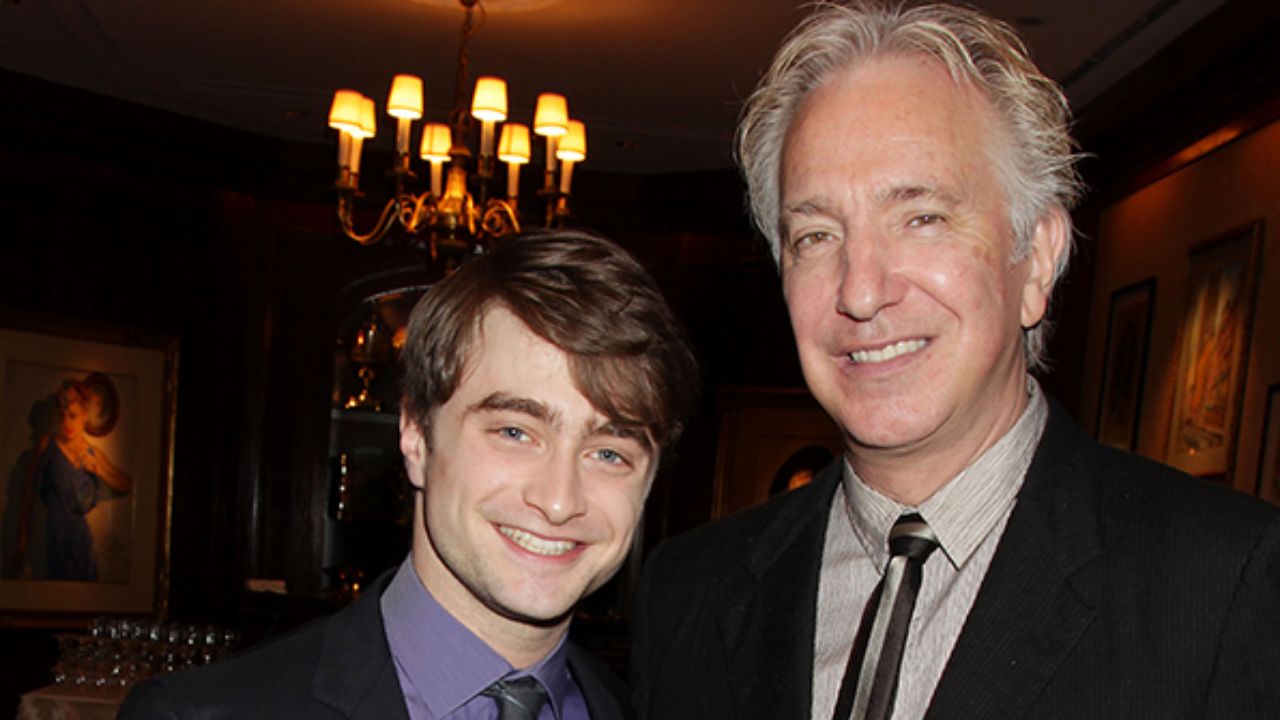 He had a problem with Emma Watson’s diction, calling it “this side of Albania at points.” While filming “Prisoner of Azkaban,” Rickman noted that these children needed direction and lacked command of their lines. Alfonso Cuarón, who directed the film, received accolades from Rickman for his “amazing job.” Additionally, he said that every frame was created by an artist and storyteller.

Alan wrote that he intended to exit the HP franchise and had seriously considered not making any more Harry Potter movies on December 4, 2002. The “Potter” disclosures are among the most enlightening, including how Rickman intended to leave the franchise after the release of the second film, even though he describes many off-set contacts. Throughout the ten years he played Professor Snape, he expressed his discontent often in his diary.

However, Rickman had a shift of perspective prior to the fifth installment of the saga, The Order of the Phoenix. In these excerpts, Rickman is mute as to why he chose to continue but eventually, he did. Rickman talked about his decision to continue with the series and to finally say yes to Harry Potter 5 in his diary. 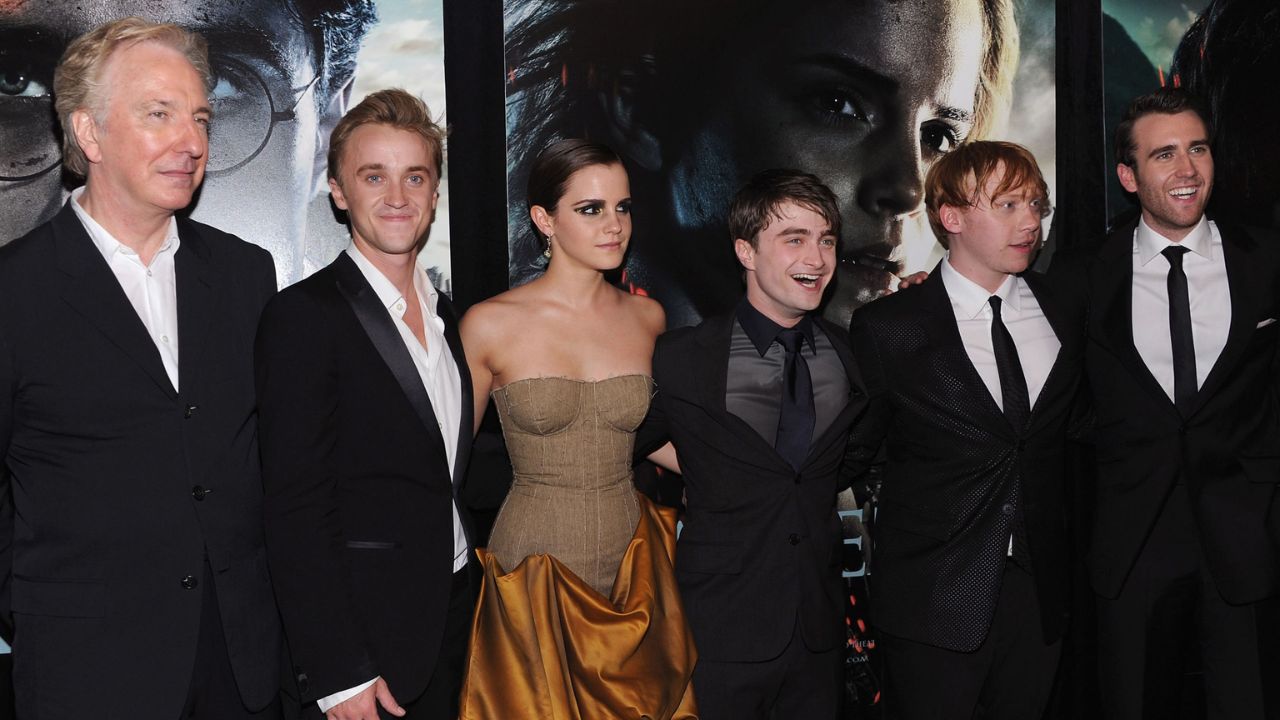 Rickman expressed his appreciation for Ralph Fiennes’ performance as Voldemort. On November 25, 2009, Rickman noted that the team appeared to be miles away, leaving Ralph and me free to continue edging closer to the scene. Additionally, he described Michael Gambon (Dumbledore) as “spellbinding” and said that when he displays some grandeur, it comes naturally.

He also said something “rude” about Predrag Bjelac (Igor Karkaroff). He claimed that it had less to do with him personally and more to do with the way he consistently manages to stumble into you.

What Made Him Stick To The Series?

Rickman claimed in 2007 that Rowling’s one small bit of knowledge from seven years prior provided him a reason to hold to. Before she had finished writing the books, J.K. Rowling hesitantly told Alan a few things to get him through the series. He finally concluded in a letter that this was a true transitional moment.

J.K. revealed to him right away that Snape loved Harry’s mother, Lily and that Potter called his son Albus Severus and described Snape to his children as one of the noblest and bravest men he had ever known. Therefore, this was all the information we had about what Alan Rickman really thought of his “Harry Potter” co-stars.

Also read: Is Rachel Dating Aven On The Bachelorette?