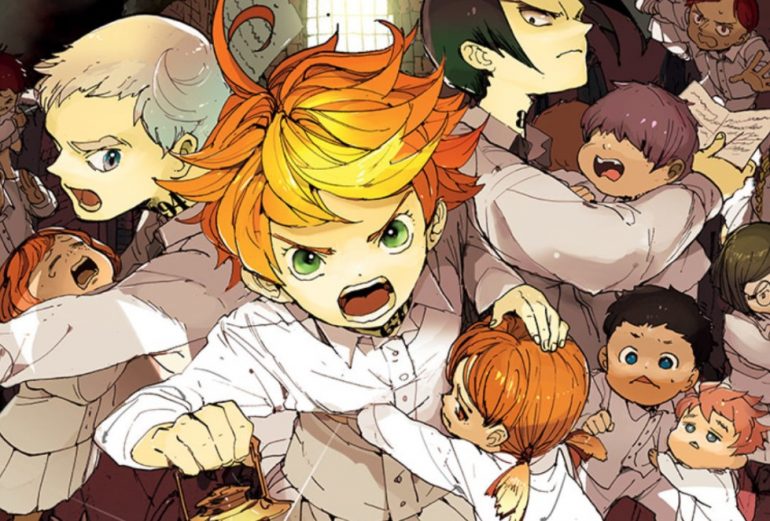 The story took place around the year 2045; Emma is a girl who is eleven years old orphan living in Grace Field House with 37 orphans locked inside the farm. They had the worst life since they can’t get a proper meal, a comfortable place to stay, proper clothes, and love from their parents. Isabella is taking care of the children, and Emma is the genius, cheerful student who excels in her exam and befriends Norman and Ray. Inside Grace Field House, the orphans are given a little freedom, but they cannot go outside the farm gate.

They don’t have to connect with the outside world. The high authority got a preparation of an orphan named Conny for her to be adopted. Emma, along with Norman, follows her, trying to find out what is going on. The two witnessed the worst at the gate. They find the corpse of  Conny lying on the ground. Emma and Norman find out about the truth and what’s goes on inside Grace Field. They also find how they are getting sold demons who feed on humans.

The Promised Neverland Season 2 Episode 1 will be released on Thursday, 7 January 2021, at 12:00 AM. Watch the latest episode of this anime, Funimation and AnimeLab. You can also visit the official website of this anime at neverland-anime.com. Let’s take a look at the following details below. 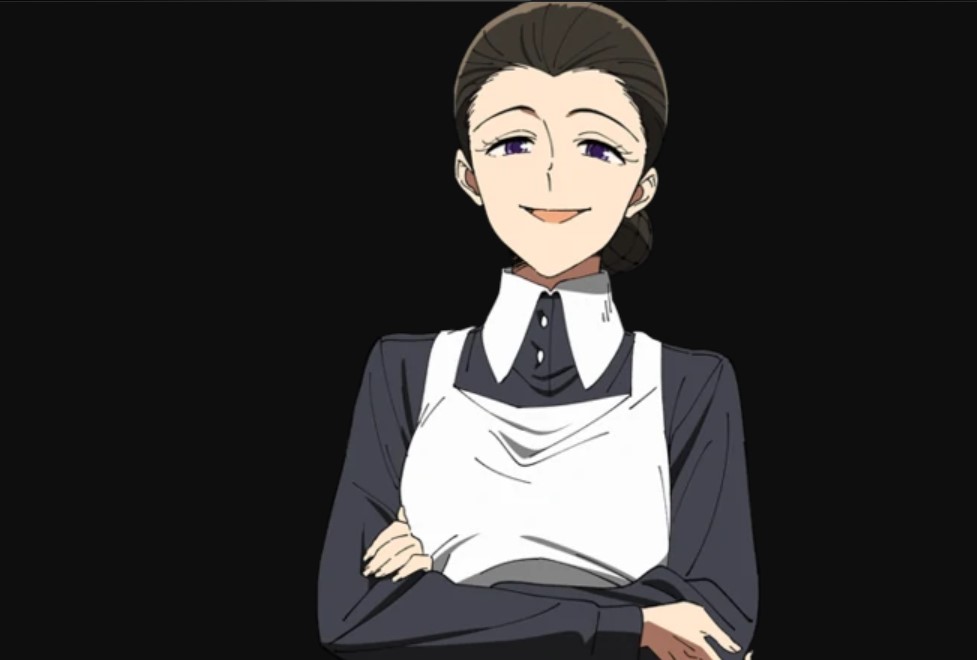 From the previous season of this anime, the children plan to escape the farm since they couldn’t stand the standard of living around the farm. Emma, Norman, and Ray team up and started to find ways to escape before they are sold and demons. They know that if their plan doesn’t work, they will be dead before they realize it. Norman gathered everyone and explains what has been going on behind the scenes of the farm.

Norman explains how they will escape vis the high authority buildings near the demon’s territory. They started to plan ways to escape, and Norman came back with something to destroy the trackers. That day at night, Norman bids farewell to the orphans. Emma uses it to free Norman from the tracker by embracing him, which will help destroy the tracker. Norman realizes that it might put them in danger and expose their plans to escape.

Later, Isabella shows Norman where they have to wait for demons; meanwhile, Don and Gilda wonder how things are going. Isabella asks an emotional Emma to be her Momand Emma rejects her.  After two months have passed, Ray and Emma decided to leave. The night before Ray is about to leave, he says good-bye to everyone gathering inside the hall. Ray asks Emma if she has lost hope for escaping, and Emma keeps quiet for a moment smiling. She then replies that she will never give up, and she will stick to the plan.

Isabella started to watch Emma and Ray’s move while Don and Gilda start to execute their plans to flee. Ray said that they could burn everything as distractions that will draw people’s attention. Emma also thinks that it will help their plan to work fast and agrees. Ray reveals that he plans to burn himself for Isabella to focus on him. That will make him not get eaten by the demons. Later in the middle of the night, Ray starts the fire that spread quickly. Everyone started to escape.

Emma hurts her ear to prevent her from being tracked. Isabella tries to stop the fire while saving Ray without knowing that she has been fooled. The children use the fake body of Ray with his clothes on and burn it instead of Ray. Earlier, Norman reveals Ray’s plan to Emma of burning himself and how they were planning to escape. He also reveals how ready they were to leave the farm before things get worse.

Later the children reach the wall that is blocking their path to reach the safe side. They measured the wall, and during that, Ray discovered that the little ones are not with them. Meanwhile, Isabella heads to report to the high authorities. Later outside, Isabella then finds out that Ray and other orphans are still alive. She got her dress grabbed by a little boy and finds that it is Phil. Meanwhile,  children manage to jump the wall.

Earlier, Phil talks with Emma revealing how he doubts everything happening inside the farm. He reveals that he was waiting for a day like this to come when someone would come to their rescue. That will help them from getting killed by demons. Meanwhile, Isabella manages to talk with the high authorities revealing the fire and the orphans who have escaped. The alarm is set on when the children are about to get to the other side.

Don manages to prepare the rope for them to cross, and they started to cross using it. Later, Isabella went back to bid farewell to Emma as she was the last one to cross. The two met and talked, and they part ways while Isabella remembers when children are being sold and eaten during her childhood. She decided to start training to protect herself and survive as a mother. Back then, she became pregnant and gave birth to a son named Ray.

She then remembers that Ray is her son after hearing him singing a song she used to sing. Isabella accepts that she has lost and wishes the children luck before cutting ropes. Later she heads back to tell Phil that the children have managed to escape. The next day the children see their first sunrise outside the farm after a successful escape plan.

For today that how we conclude our latest updates of upcoming episode 1. Keep in touch for more updates on this anime every Thursday. All thanks to the latest youtube official trailer.