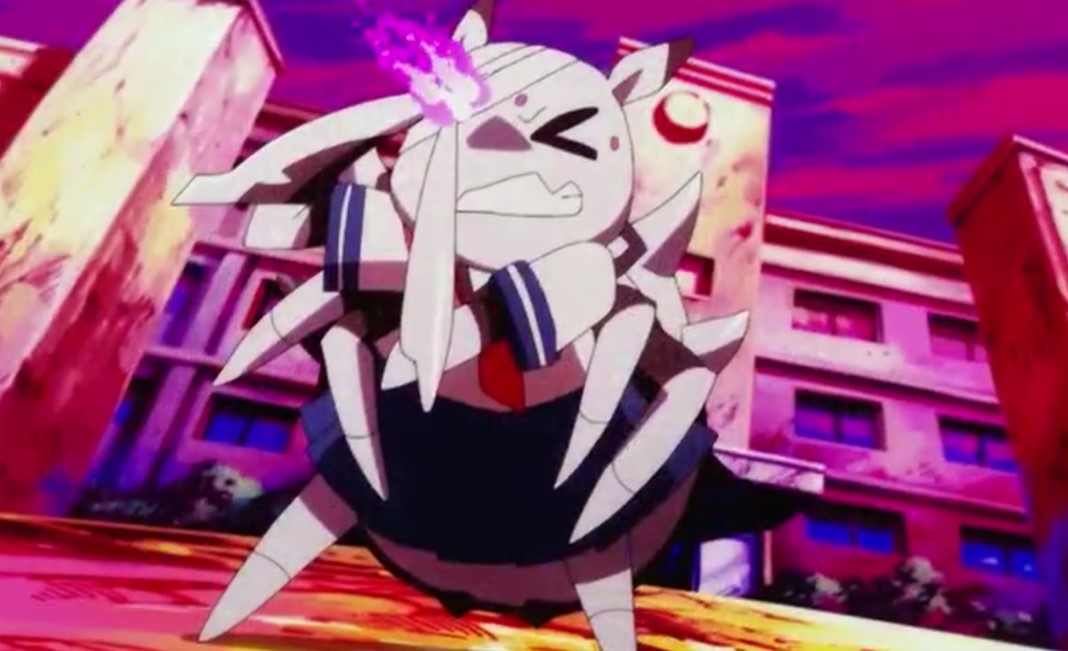 I'm a Spider So What

Wakaba has gained new skills after conquering the middle stratum. Her defense and resistance are increased. She has unlocked the Evil Eye class of skills, and she’s glad that the Ruler of Perseverance skill comes in a package. Since she has eight eyes, she decided to choose four skills from Evil Eye Class. Wakaba thinks that if she started to defeat powerful monsters, she could become an Edge Lord. She met with a monster frog and took it as a chance to use her Evil Eye Class.

Wakaba thinks that it will be more effective if she uses it like Super Woman. She fires a laser, and the frog monster started melting, and it collapses on the ground. On the Otherside of the world, Prince Shun talks with Filimos about something. He asks her if there are other reincarnations out there apart from them. Filimos reveals that there are eleven of them who are taken into custody.

I’m a Spider, So What? Episode 8 will be released on Friday, 26 February 2021, at 9:30 PM JST. The latest episode of Spider-Girl will be released every Friday until it reaches the last episode. You can visit this Anime’s official website at kumo-anime.com and watch it officially on Crunchyroll. and other streaming platforms.

Previously on I’m a Spider, So What? Episode 7

Shun states that there were 26 of them in the classroom, including Filimos, but some are missing. Filimos comments that two more reincarnations will be visiting them soon. Fei said it means seven of them are missing. Filimos apologizes and reveals that four of those seven have been confirmed dead. The other three are alive, but they are out of reach at the moment. Shun is worried if Wakaba falls on those who are dead.

He is not sure whether she is alive or not. Fei wasn’t to see Wakaba alive even though she uses to bully her when they were in the human world. Katia is worried about why the authority can find the missing student soon. Shun told her to calm down since the world is too big for them to be found quickly. Filmos told the students not to try to improve their skills since it is too dangerous. Katia is wondering why since the other day, they were attacked by the search dragon. 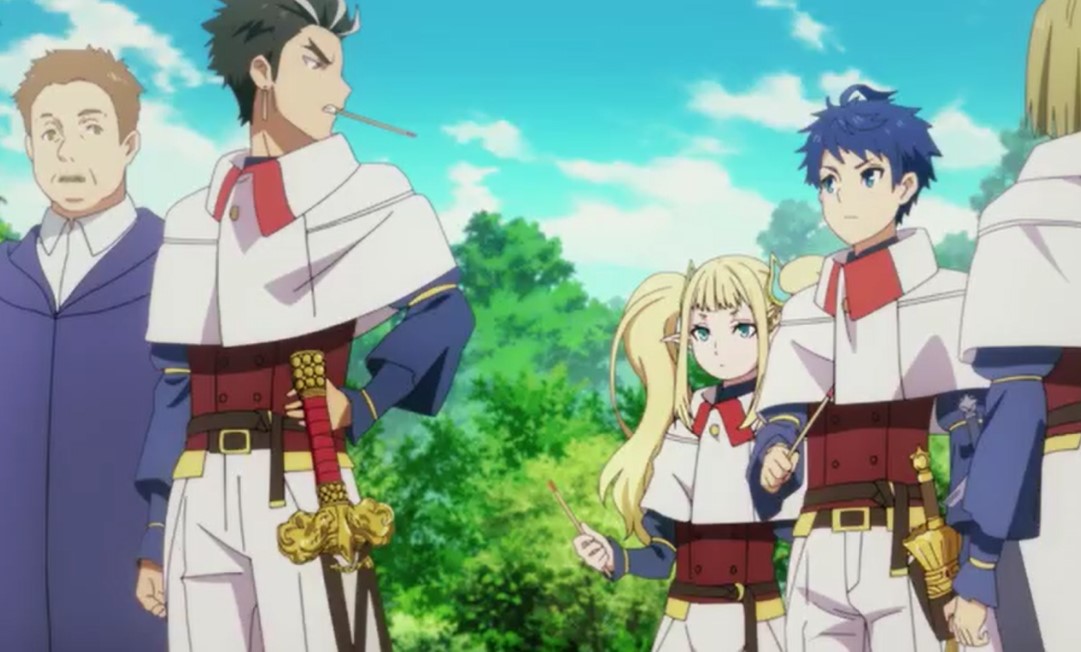 Filmos told them to trust her, and Hugo steps out, saying that he doesn’t believe that there are monsters out there. She told them that they would find it when the time some and it is a secret. Filmos know that if they exceed their limit when they improve their skills, they might evolve and go rampaging. She told Katia and Shun to get along with their classmates, especially Hugo. Sue joined them and told them about the extracurricular activity that is taking place now.

They both head out, and they’re told that twelve of them have been selected to participating in this activity. They must break into teams and head to the mountains. One of the objectives is to experience an environment inhabited by wild monsters. There is only the level of weak monsters that lives up ahead in the mountains. The weak students are glad that it will be a piece of cake since they will be encountering weak monsters below their levels.

The other objective is to collect medicinal herbs and learn about the mountain. Sue is disappointed that she is on a different team with Shun. Yuri console Sue that they’re on the same team. Hugo’s group is challenging to defeat Shun’s group, but he finds that Shun is in the same group as him. Hugo is bored that he has no one to challenge, and he cannot challenge the girls. Both teams gathered their belongings and headed to the mountains. 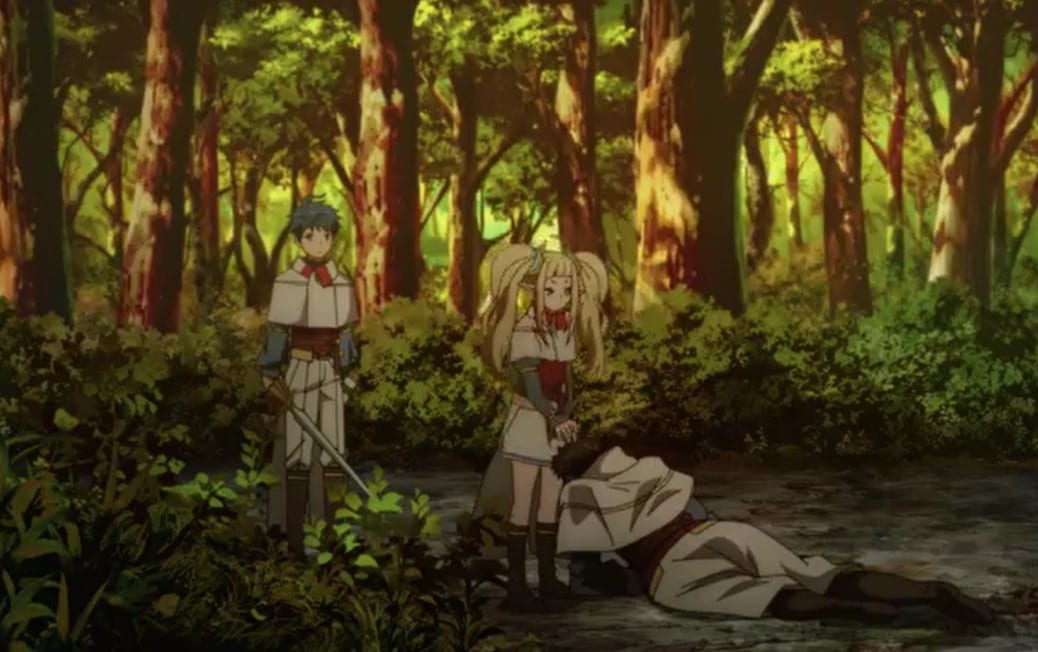 When they reach the mountains, Shun started to collect herbs, and he heard the sound of a sword piercing something. He rushes there to find out, and he thinks Silence skill was used. Shun arrives at the scene and finds that it is Hugo. He asks Hugo what did he do to Parton. Hugo comments that it doesn’t matter since Parton was just a scrub.

Hugo thinks that Shun should leave since he doesn’t like him. The world exists that Hugo can rule over it. Hugo said weaklings like Shun deserve to die, and he draws his sword. Shun notice that Hugo is strong, and the problem is the emperor skill that he possesses. The two had a long battle, but Shun was afraid that they might kill each other.

Teacher Filmos came and stop the battle using wind magic. Hugo tries to fight back, but he was defeated. She lowered Hugo’s status and skills to 30. Filmos told him that she had defeated the monster he brought with his group, and all of them are apprehended. Hugo can believe that he is now the weakest student. Filmos left telling him that the world belongs to no one and he has lost his emperor skills.

I’m a Spider, So What? Episode 8 Preview

You can find more about Wakaba and other reincarnations here: I’m a Spider, So What?