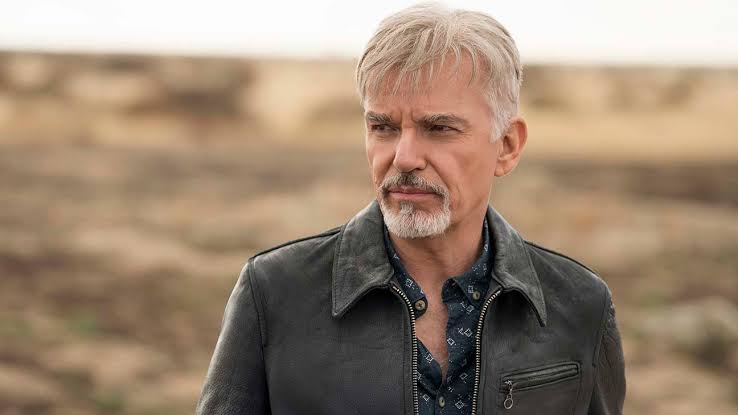 Goliath as we all know, is a drama web series. The series has received a lot of praise and popularity. It launched back in 2015 and 3 seasons have already aired so far. Amazon Prime Video has officially renewed Goliath Season 4 as well which is great news for its fans. In this post, I’ll be discussing Goliath Season 4 release date and all the other details released so far.

Before we begin, please note this post may contain official spoilers from the previous seasons of the Goliath web series. If being spoiled is not for you, I suggest that you stop reading the post here. However, if spoilers don’t bother you, we can get started. Also, note that we did not create the spoilers or leak them.

Goliath Season 3 aired back in October 2019. Fans were wondering if they would be getting Goliath Season 4 or not? This question was answered by Amazon pretty soon on 14 November 2019 that Goliath Season 4 will be released in 2020. This season is set to be its fourth and final season. Fans are getting a bag of mixed emotions lately regarding this fourth season of Goliath. On one side they are completely ecstatic about this new season and on the other hand, they are really sad because this is going to be the final season of the seasons.

Over a period of 3 seasons, fans have developed a very close and emotional relationship with the series and thus it is obvious why they are getting emotional regarding the series coming to an end. So, Goliath Season 4 will be released in 2020 but the exact date isn’t confirmed yet. It is probably going to be released in the latter part of 2020.

Goliath is a legal drama web series. Its country of origin is The United States of America and thus is released in native English language. It has been created by David E. Kelly and Jonathan Shapiro. The opening theme of the show is known as ‘Bartholomew’ by The Silent Comedy. Composers of the show include Jon Ehrlich and Jason Derlatka. Executive producers of Goliath web series are David E. Kelly, Jonathan Shapiro, David Semel, Ross Fineman, Lawrence Trilling and Clyde Phillips.

The main backbone, that is the main producer of the web series is Robert Lloyd Lewis. The cinematography of the show is handled by Edward Pei. Editor of Goliath is John David Buxton. Companies involved in the production of Goliath are David E. Kelly Productions, Johnathan Shapiro Productions, Amazon Studios. Also, Amazon Studios are the distributors of the show as well. The show is released in 4K and High dynamic range picture formats.

There is no official word on who is returning for the main cast of the show in season 4 so far but some of the cast are bound to return. These include Billy Bob Thornton as Billy McBride who is one of the best characters of the show. He is an extraordinary lawyer. Nina Adriana as Patty Solis-Papagian who is an estate agent and a lawyer. Tania Raymonde as Brittany Gold who is a whore and a part-time assistant of Billy McBride and Diana Hopper as Denise McBride Billy’s daughter.

Other casts that could be returning to the show include the likes of Ana de la Reguera, Matthew Del Negro, Mark Duplass, Morris Chestnut and Lou Diamond Philips. There were some doubts about the return of Billy Bob Thornton in season 4 but Billy Bob Thornton recently in an interview revealed that if the show is going to get another season, that being season 4 he will be inclined to do it and return as the main character. This news has sent the fans into a frenzy. Dennis Quaid is seemingly unlikely to return for the new season because his part as the main antagonist is already over in season 3. There is going to be an all-new antagonist introduced in the new season 4. It has been confirmed by Amazon that three all-new characters are bound to be introduced in the new season.

The story of Goliath web series is about an ex-lawyer known as Billy McBride (Billy Bob Thornton) who is down-and-out after his last case which has made him extremely sad but now seeks redemption. He is willing to fight for justice using the legal system even though he knows that truth has no value in such a corrupt system. He also knows that rich and powerful people can manipulate the cases as they want with this corrupted system. Billy McBride is willing to get back into the field and fight for what is right. Do mention your thoughts regarding Goliath Season 4 in the comments section down below.

Goliath Season 4 was officially confirmed by Amazon back in November 2019. The show received an amazing view from fans all around. Amazon Studios’s Co-Head Vernon Sanders stated that Goliath has been one of their most well-known shows ever on Prime Video They are so appreciative to Billy Bob, Larry, Geyer, Jennifer, Steve, and everyone included in making Goliath a massive success.

Vernon also hinted about upcoming season 4 by mention that the studio is glad that viewers around the globe will get an opportunity to see Billy McBride wrap this last section up on Prime Video one year from now.

The specific date the show release has not yet been declared however the show could follow a comparable example to the past excursions. The first ever season saw it’s release in October 2016, the second season was released in June 2018 and third in October 2019.

Although, we all know the ongoing COVID-19 pandemic will cause a massive delay in release of Goliath Season 4. As same was seen for numerous of other shows. The central issue hanging over the cast of season four is about whether Billy Bob Thornton will return.

Fans last observed the adored character seeping out in a vehicle leaving after he was shot by Diana Blackwood (played by Amy Brenneman). Be that as it may, the entertainer spoke about whether he could return in a meeting with Entertainment Weekly in October 2019.

Billy said that in the event that they’re slanted to do another season, he will figure out a way and he would love to come back. He figure they would be on the grounds that it’s been an effective show for them. So on the off chance that Goliath is coming back then it can make sense of an approach to get him back.

Other returning cast individuals hope to incorporate Nina Arianda as Patty Solis-Papagia, Diana Hopper as Denise McBride and Tania Raymonde as Brittany Gold. Additional common cast who could be back incorporate Ana de la Reguera as Marisol Silva and William Hurt as Donald Cooperman. In any case, it appears to be impossible Dennis Quaid will be back as Wade Blackwood as the arrangement for the most part presents another significant foe for every arrangement.

In a comparable vein, Amy Brenneman isn’t relied upon to return as Diana Blackwood after she was likewise apparently executed toward the finish of the third season. Amazon has now reported it will likewise be adding three more to its growing cast in the new season. This incorporates Haley Joel Osment in a repetitive job as Dyland Zax who, as per Variety, has been portrayed as the most fragile connection in the Zax family. Just as Osment, Hunger Games star Jena Malone will play an establishing individual from a law office and Billions entertainer Clara Wong will play a devoted scientist to the Zax family.