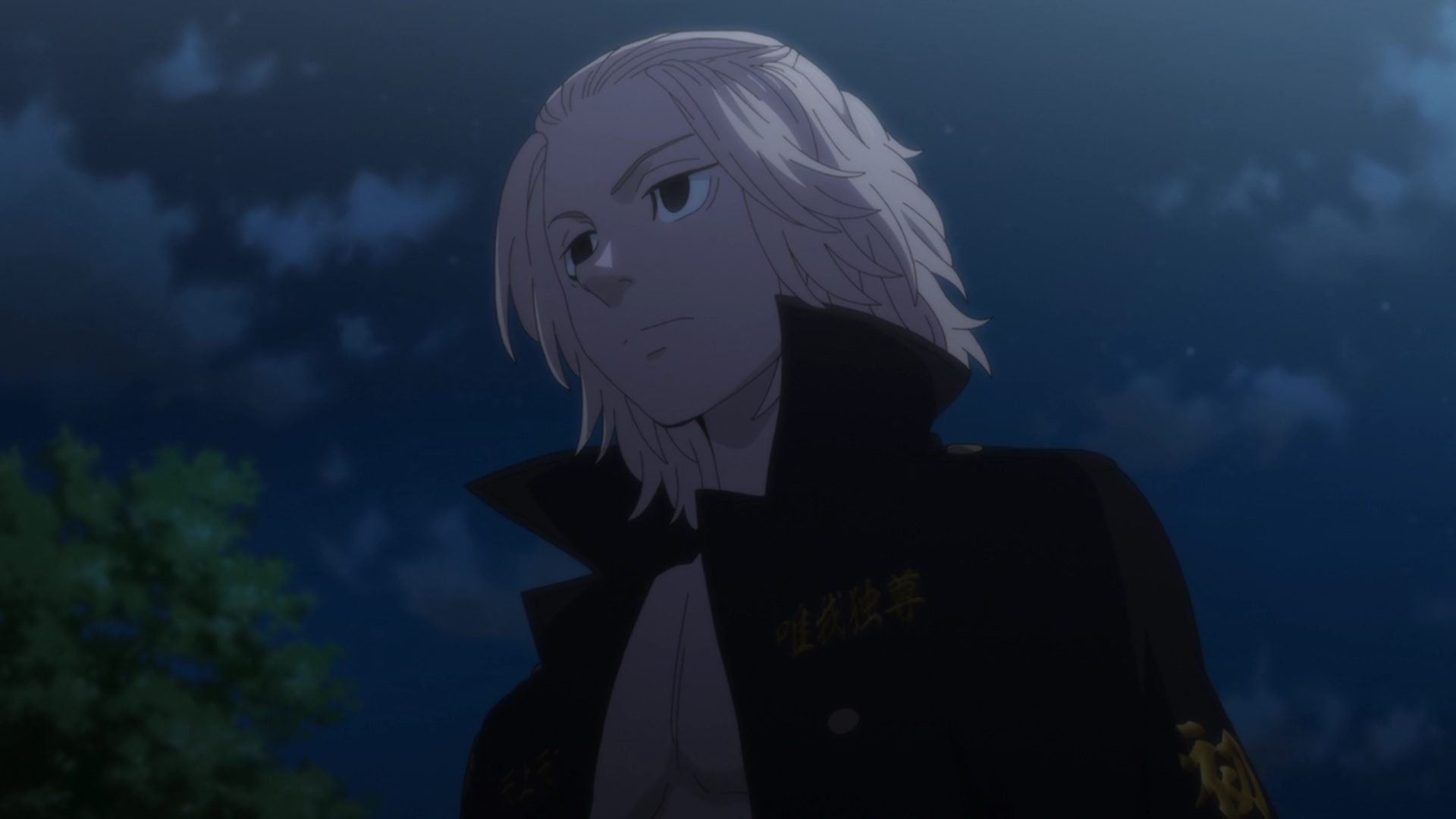 Tokyo Revengers is one of the topmost grossing anime right now. People all around the globe are really into this action, supernatural anime. Within just a short period of time, it amassed such a huge fan following. And the talk of the town among the fans of the anime and manga is Sano Manjiro, as we know him as Mikey. This character, in particular, has received mixed sentiments from the fans of the show, but that does not mean people would not admire him. In this article, we would be talking about the 17 best Mikey from Tokyo Revengers cosplay so far.

The story of Tokyo Revengers begins with Hanagaki Takemichi. He was a rebel and a gang member in his teen years. Years passed, and that same brash and the disrespectful boy turned into a totally underconfident and weak man. One day, he was seemingly pushed onto the train tracks when he was waiting for the train to arrive. As he was about to die, he somehow time travels to the past. There he meets with his old gang and his long-lost love Tachibana Hinata.

Takemichi saves her brother Tachibana Naoto and tells him everything that has happened throughout the day. He also tells him to save Hinata. He then somehow teleports back to his time where he is saved by Naoto. and the rest, I won’t spoil it for you guys. If you have not watched it yet, I seriously recommend it to you. Without further ado, let’s look at 17 best Mikey from Tokyo Revengers cosplay so far.

Mikey or Sano Manjiro is not a look everyone can pull off. For the hairs, sure, you can get a wig. But, the facial expression, physique, and clothing are also taken into factor. On this list, we have some really good cosplay artists and their version of Mikey. So grab your snacks and enjoy the 17 best Mikey from Tokyo Revengers cosplay so far.

First up, we have a cosplayer from Bangkok who goes by the Instagram handle shiba.pw. The beat-up look accurately represents our beloved bad boy Sano Manjirou or as we know him as Mikey. Pichaya nailed this cosplay with an accurate hairstyle and costume, and it just looks amazing. 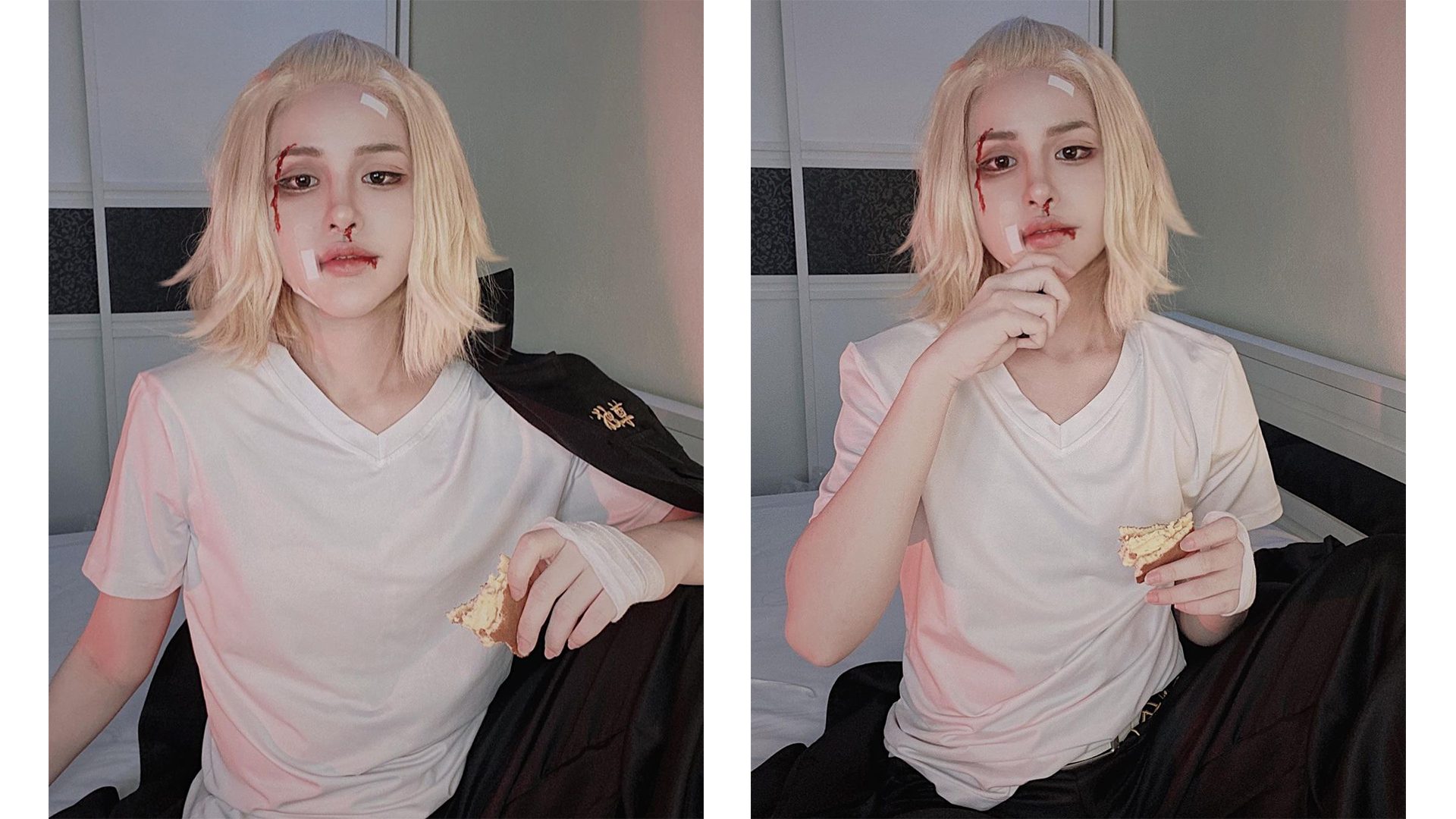 Next on the list, we have a Japanese cosplayer who goes by chiba_2_2, and damn, did she nail this cosplay. Yes, cosplayers crossdress all the time, and it is not a big deal, it’s 21st-century, get woke, son. Moving on, Chiba’s portrayal of Mikey is on point. From her hair to her outfit and make-up, everything is perfect. 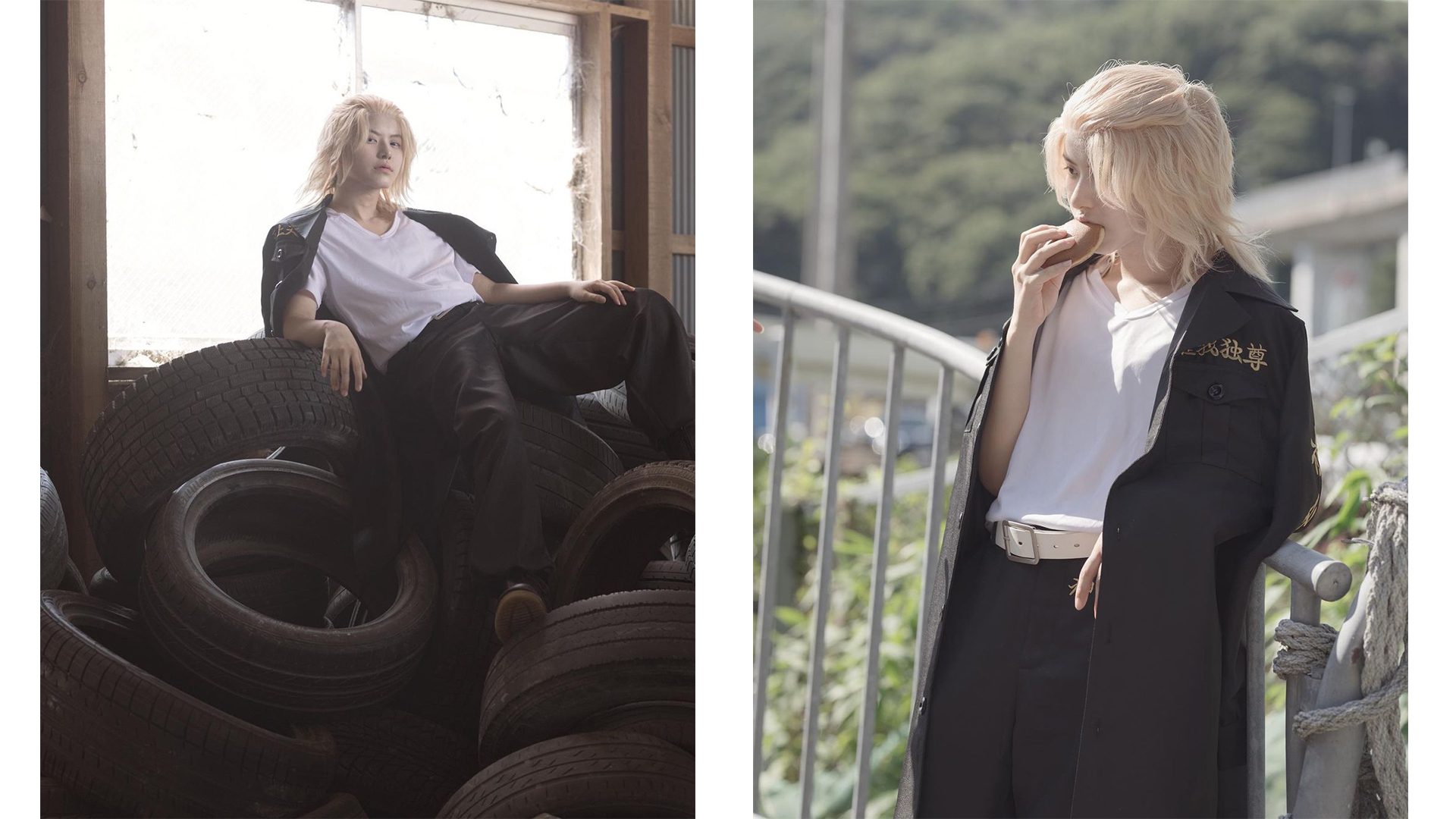 Up next, we have a Korean cosplayer by the name Abyss, I suppose? Anyway, one look at the cosplay, and you know it’s a job well done. Everything from make-up to outfits looks fabulous. This shows that how much time and effort Abyss put into the cosplay, and it is definitely paying off. 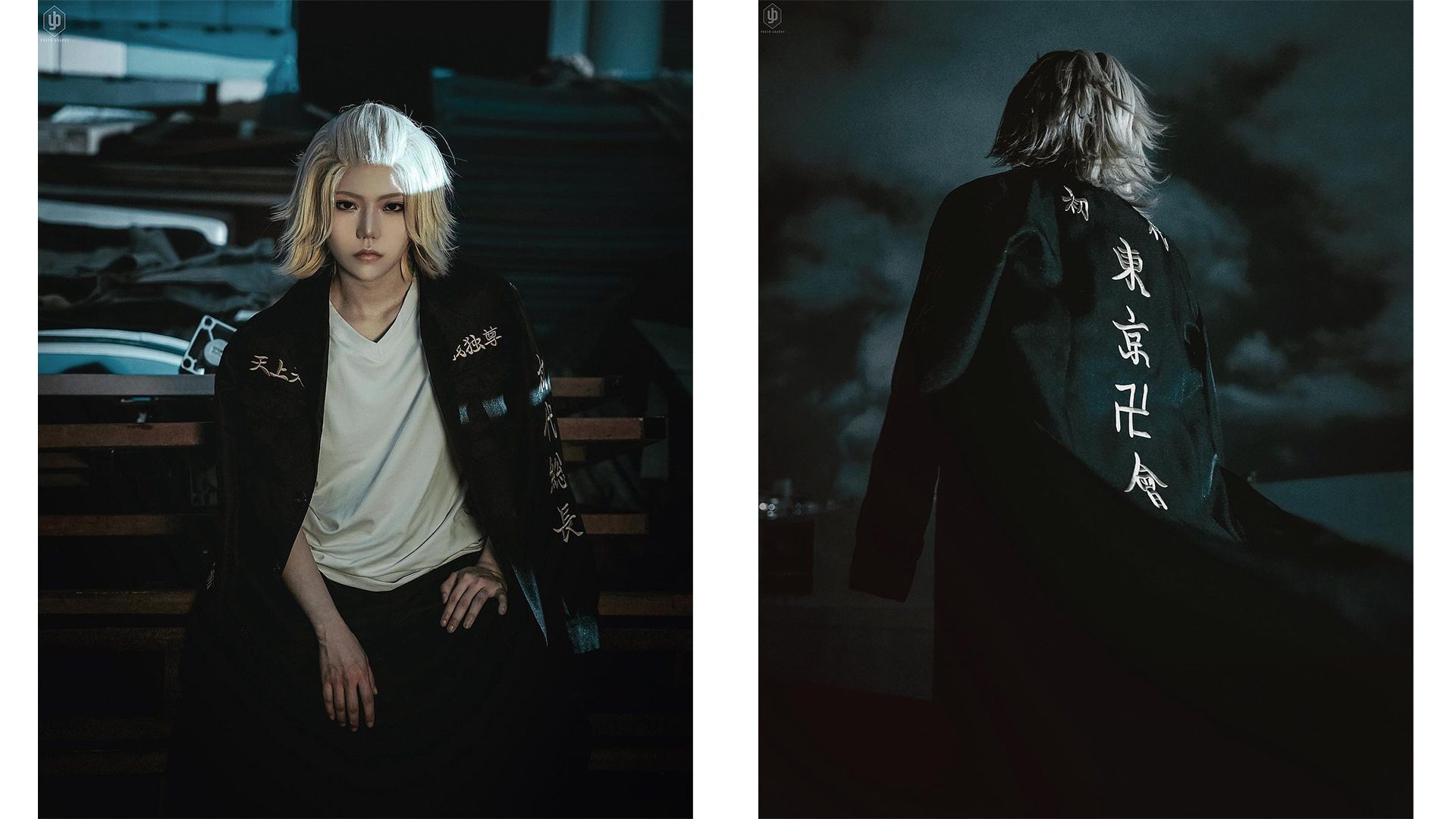 On this list, we have a Russian cosplayer by the name Aveme Lissa in her Mikey cosplay. I have to say, the accuracy of this cosplay is uncanny. She really looks like Mikey from Tokyo Revengers. Especially her hair looks exactly like that from the anime. If there was a winner on this list, I had to give it to her. 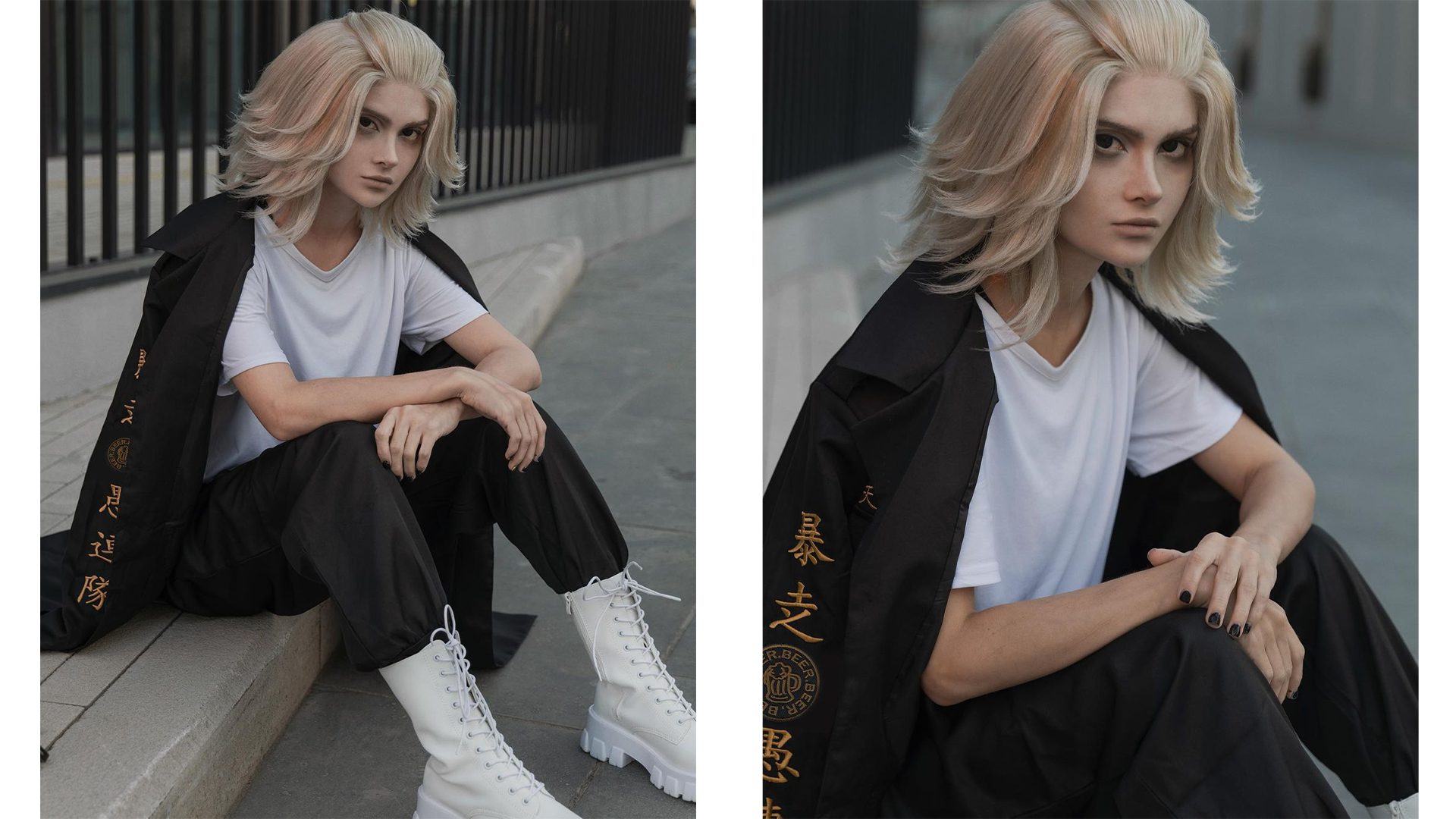 Also read: 16 Best Raiden Shogun Cosplay That You Will Love

This Chinese cosplayer did really leave nothing behind. She goes by her Instagram handle tkk220. Let’s talk about her Mikey cosplay, hair is looking awesome. Although, embroidery is missing in the coat. But, all that is forgotten as she nailed the signature Mikey kick. 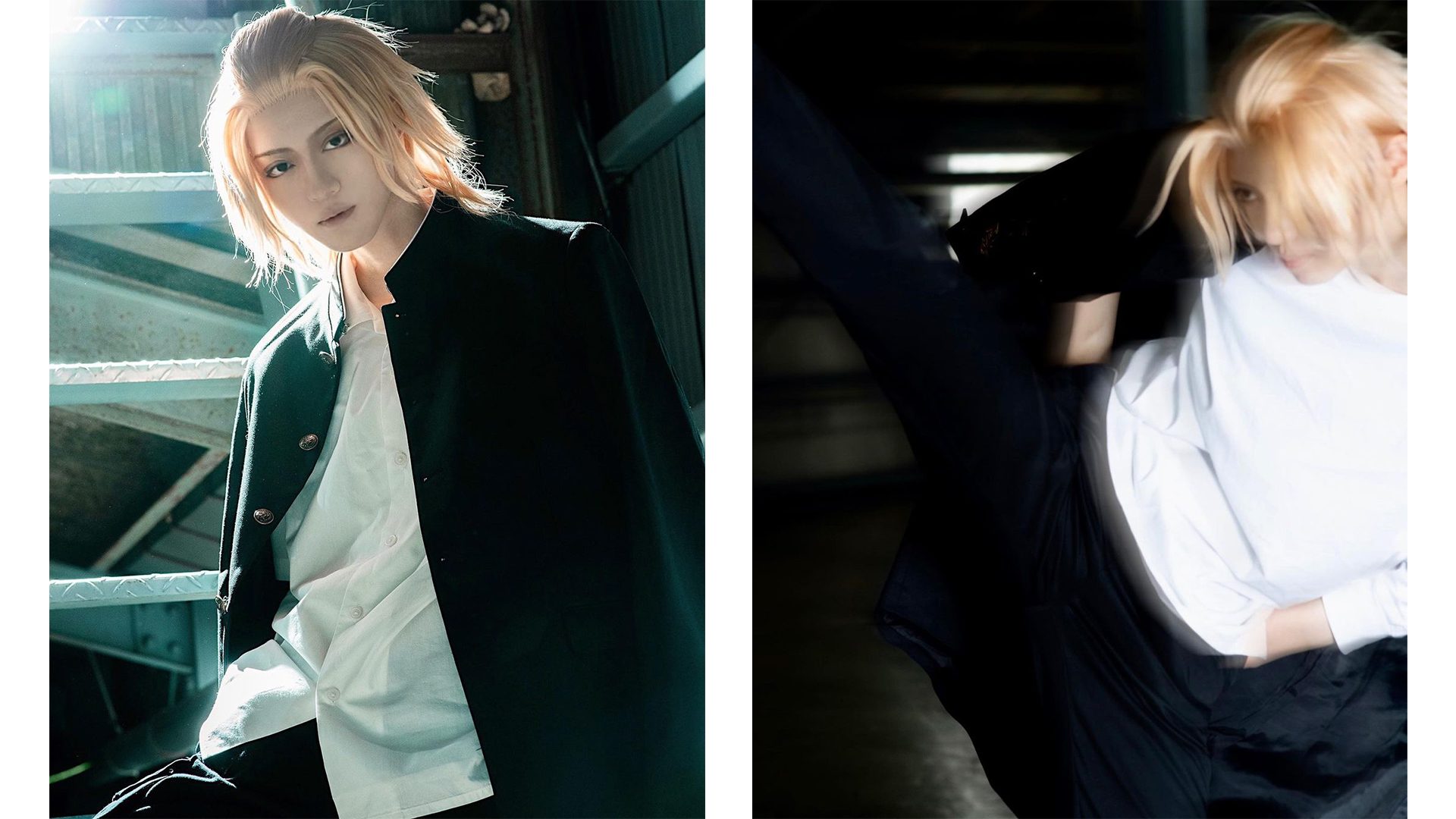 Yuji Koi is a cosplayer from Switzerland. Her cosplay of Mikey is just awesome. Hairs look amazing, and so does the outfit. Make-up looks on point, and there is actually nothing to complain about. She really did pull off this Tokyo Revengers cosplay gracefully. 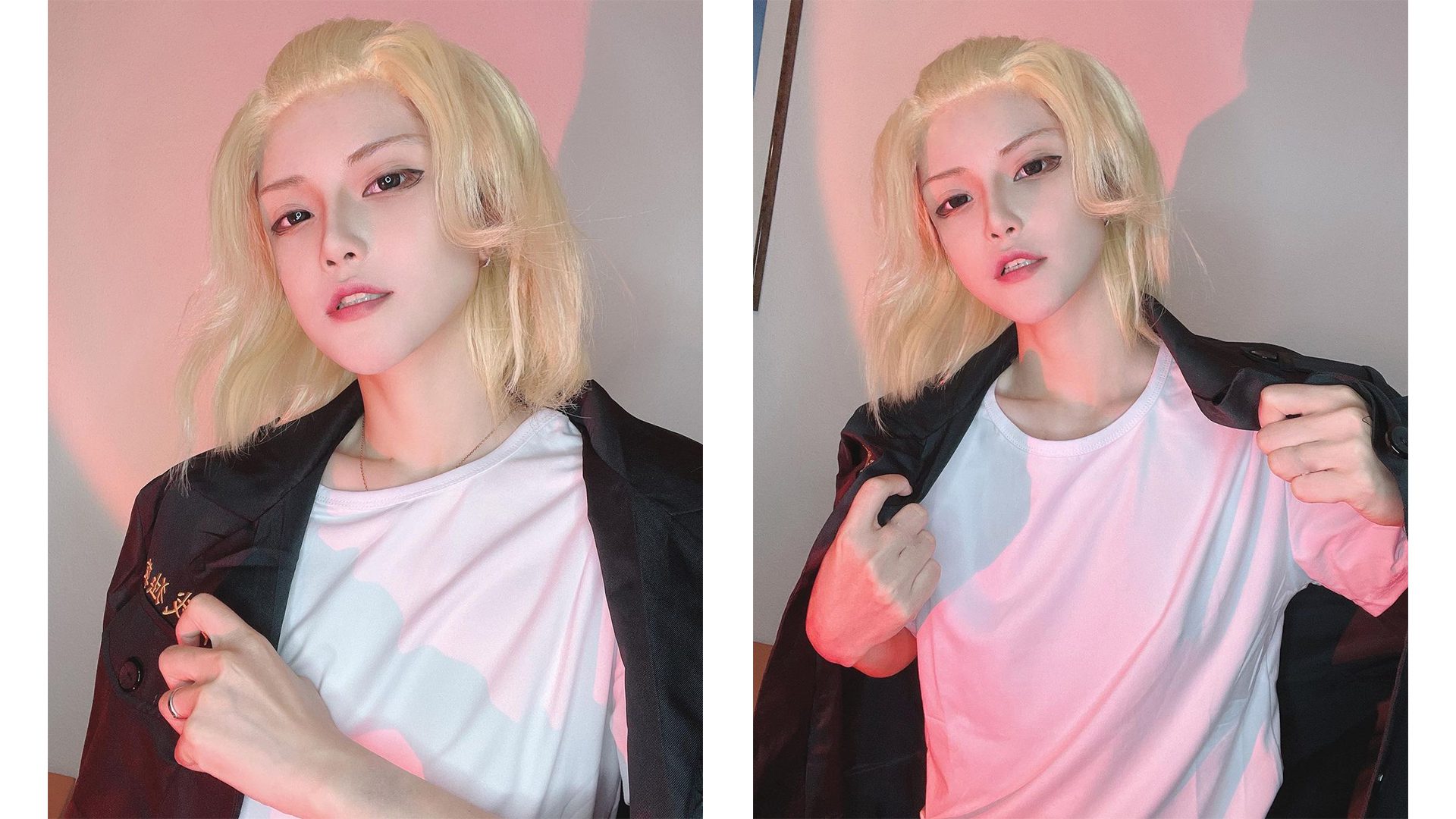 Next on the list, oni0703 or simply Oni TW Cosplayer. He is from Taiwan, and boy did he go all out, and this time I mean it. Oni’s cosplay of Mikey from Tokyo Revengers is so good. Like, I could legit see girls drooling over this guy. Moreover, if this guy somehow makes it to the live-action movie of Tokyo Revengers, I won’t be surprised. 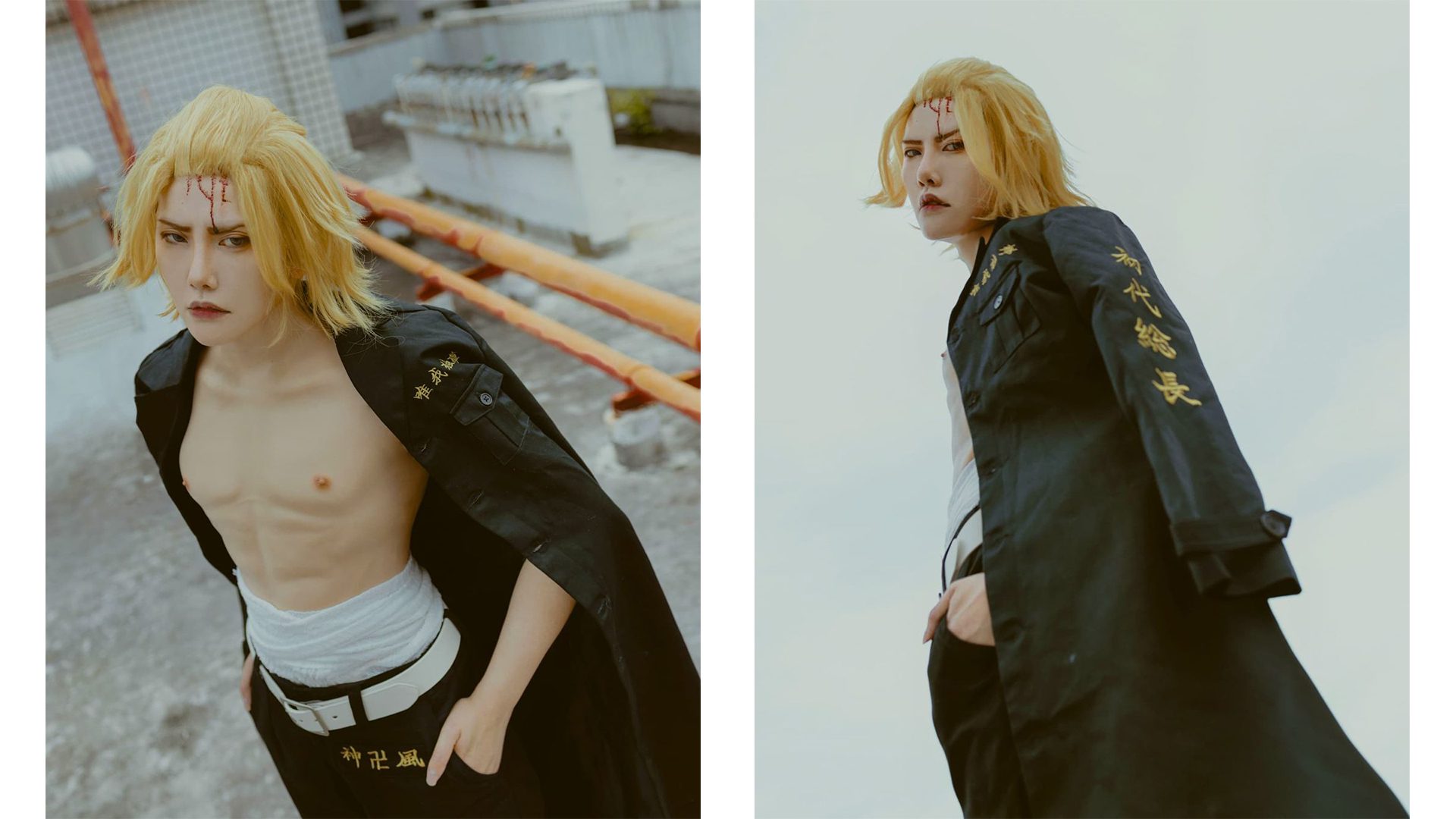 Forel went for the Mikey cosplay and came out victorious. Her outfit looks superb. Even her hairs look exactly like that of Mikey from the anime. She legit nailed the look. If only her expressions were a little better, this photo would have been EPIC. 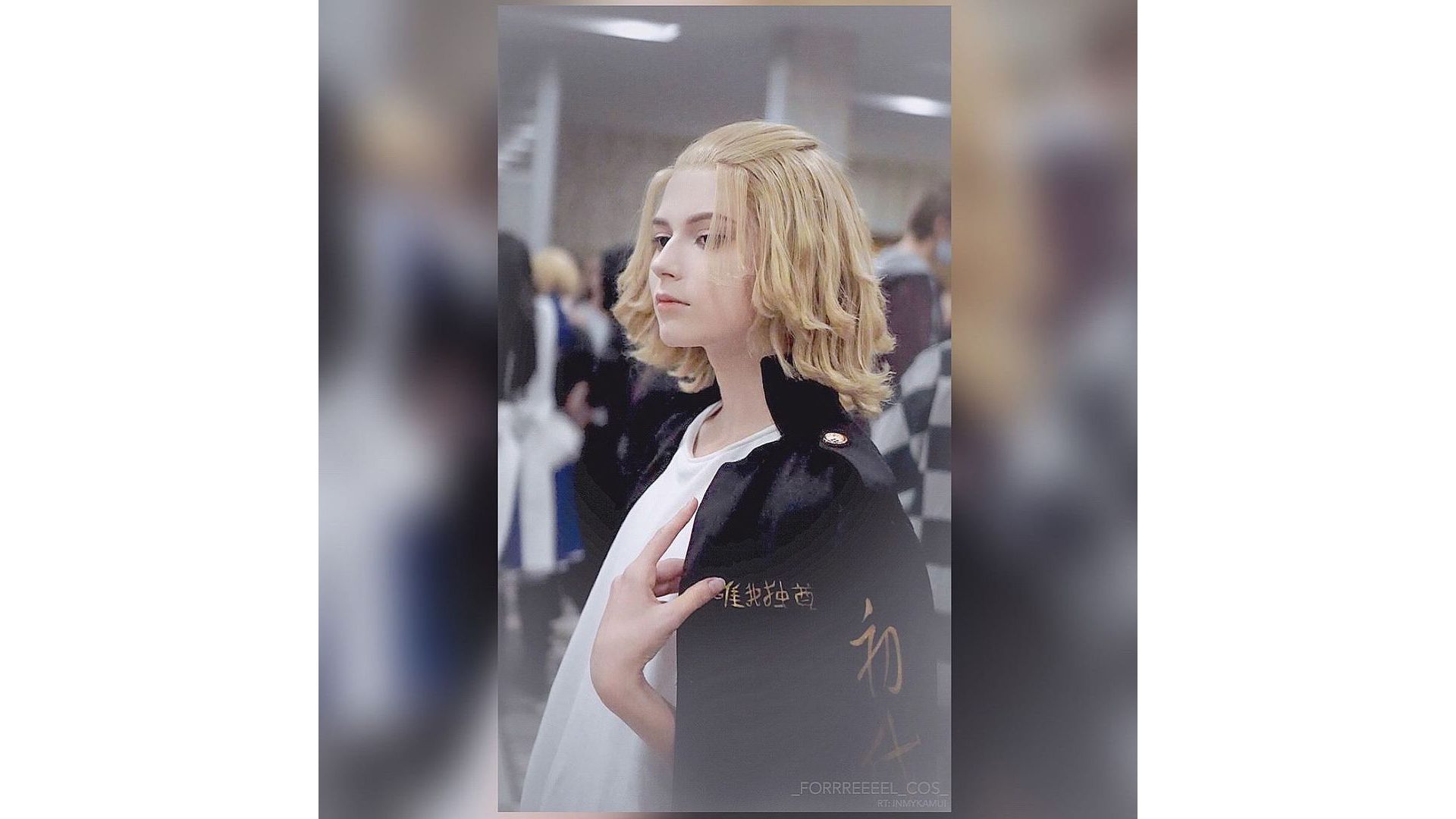 This Russian cosplayer did do very well in terms of portraying our very own Mikey. Coming to the part where I (not an expert) try to find mistakes in their (expert cosplay artist) cosplay. Outfit looks good although, it could have been better. The only things up to the mark are her hair and make-up. And she did deserve to be a part of the list as not many can pull off looking like Mikey. Coming up, we have a fun and goofy cosplayer who goes by her Instagram handle cosplori. Her idea of Mikey involves a serious pic followed by a tiny animated octopus on her head. All that aside, she really did do a great job cosplaying as the Tokyo Revenger character. 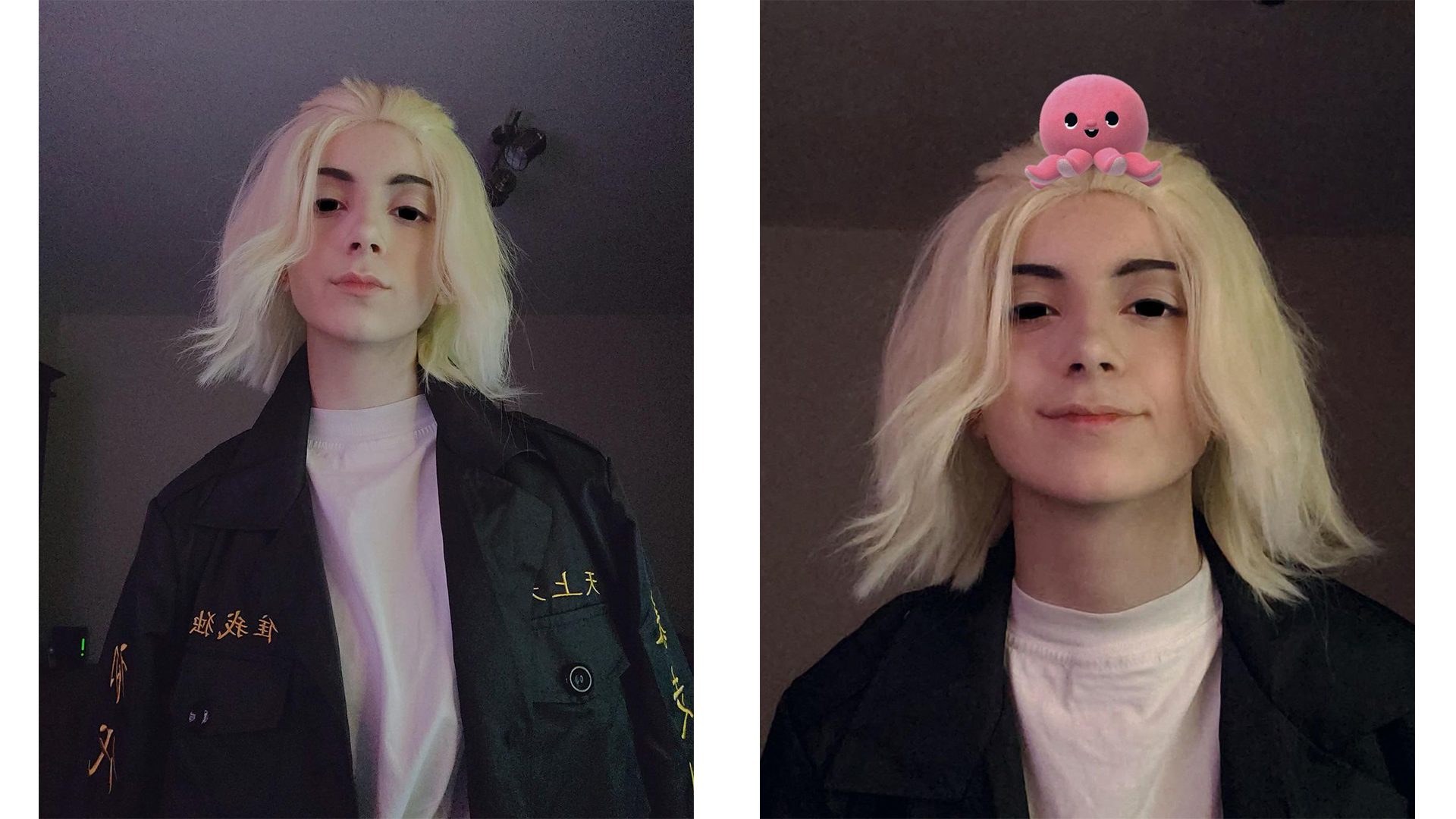 Yet another Thai cosplayer everyone. I don’t know her real name, so just her Instagram handle peak.bnk48official. Just like everyone else on this list, this cosplayer did also do an amazing job cosplaying Mikey. She deserves to be on this list of 17 best Mikey from Tokyo Revengers cosplay so far. 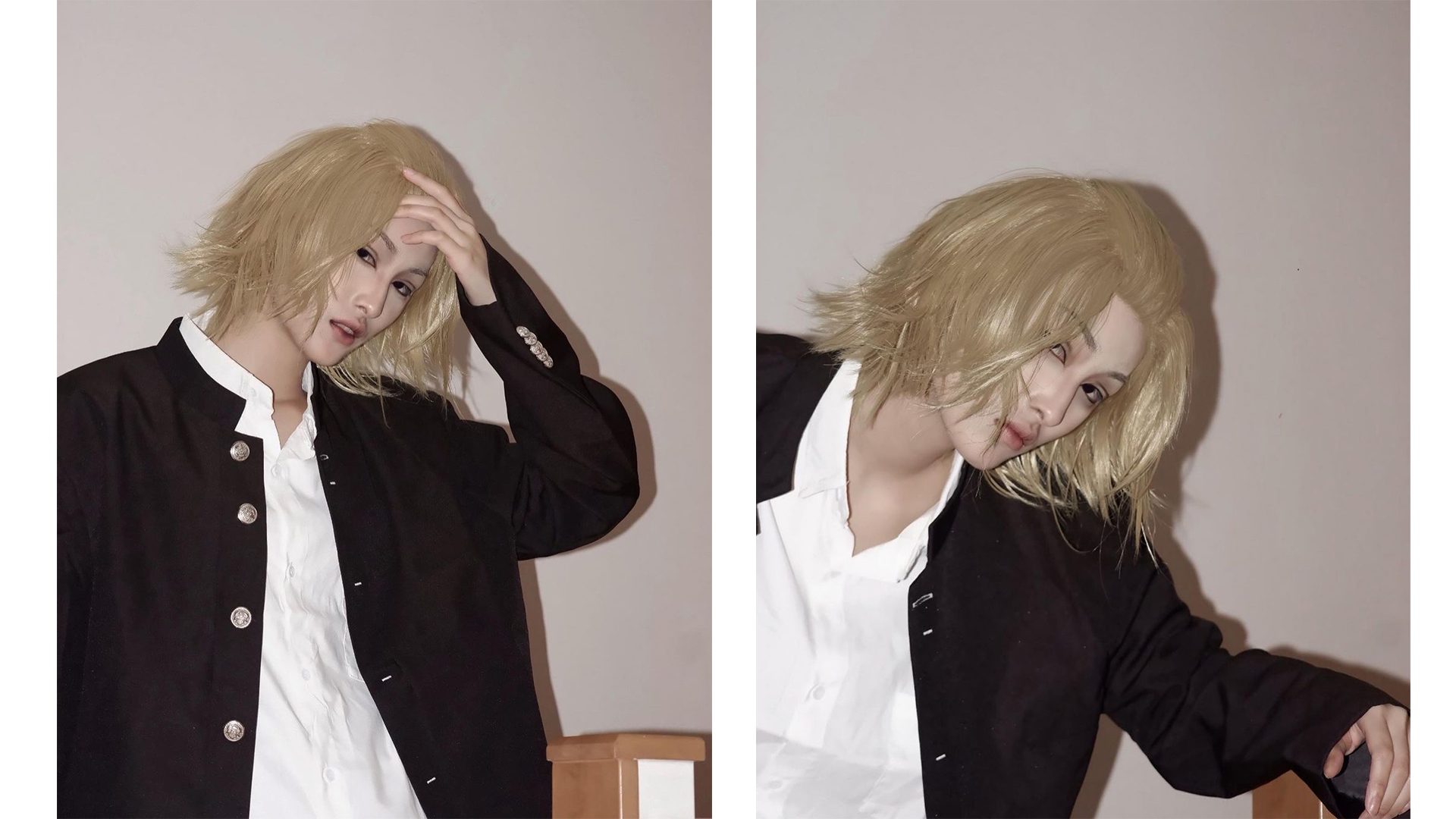 Zackt is a cosplayer from the Philippines. One look at his outfit, and you can tell that he exactly looks like Mikey. Anyway, coming back to the cosplay, the outfit looks amazing as ever, and the no t-shirt, just jacket look is really coming out. 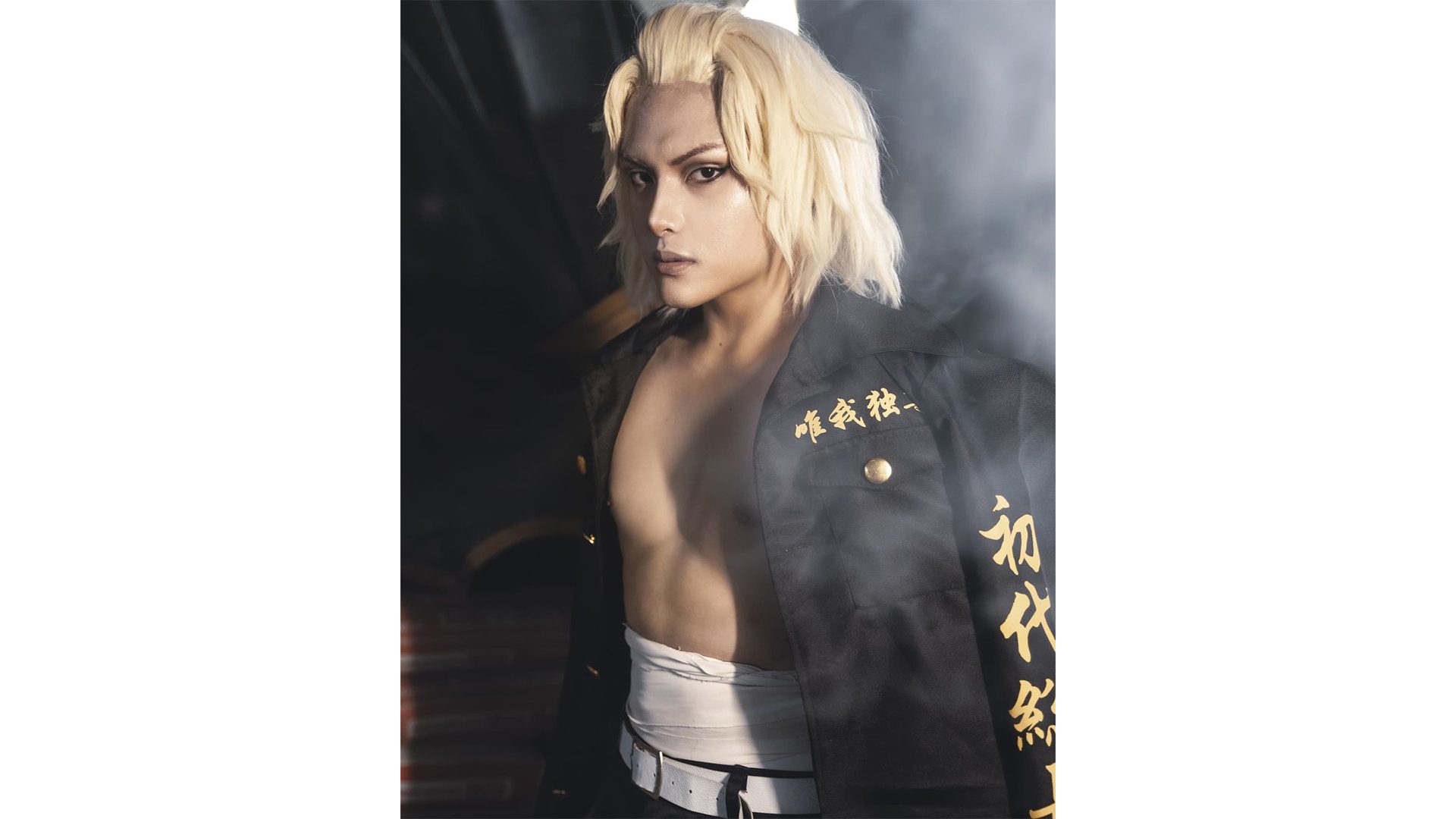 What can I say other than nailed it. I am actually surprised as to how many good cosplay artists are on this list. Delian is definitely one of them. He is a Russian cosplayer, but pull-offs one means Japanese anime character. His Mikey cosplay looks amazing. He got the hair right too. 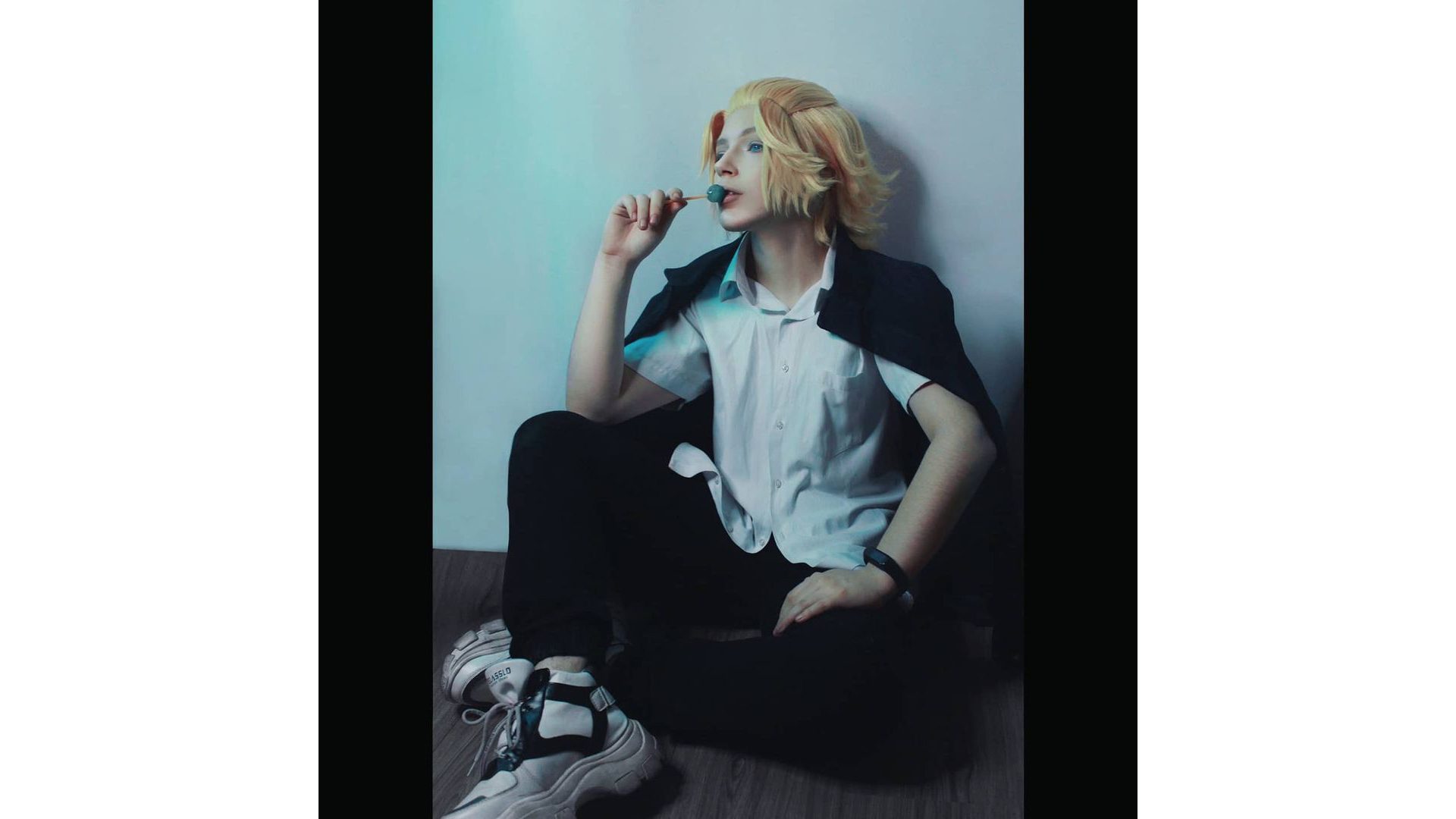 Next up, we have Hiiro, who goes by her social media presence itshiiro.cos. What’s not to like about her cosplay outfit. It is perfect, although would have loved to see her in a different pose. The hairs could have been better, but they are good nevertheless. 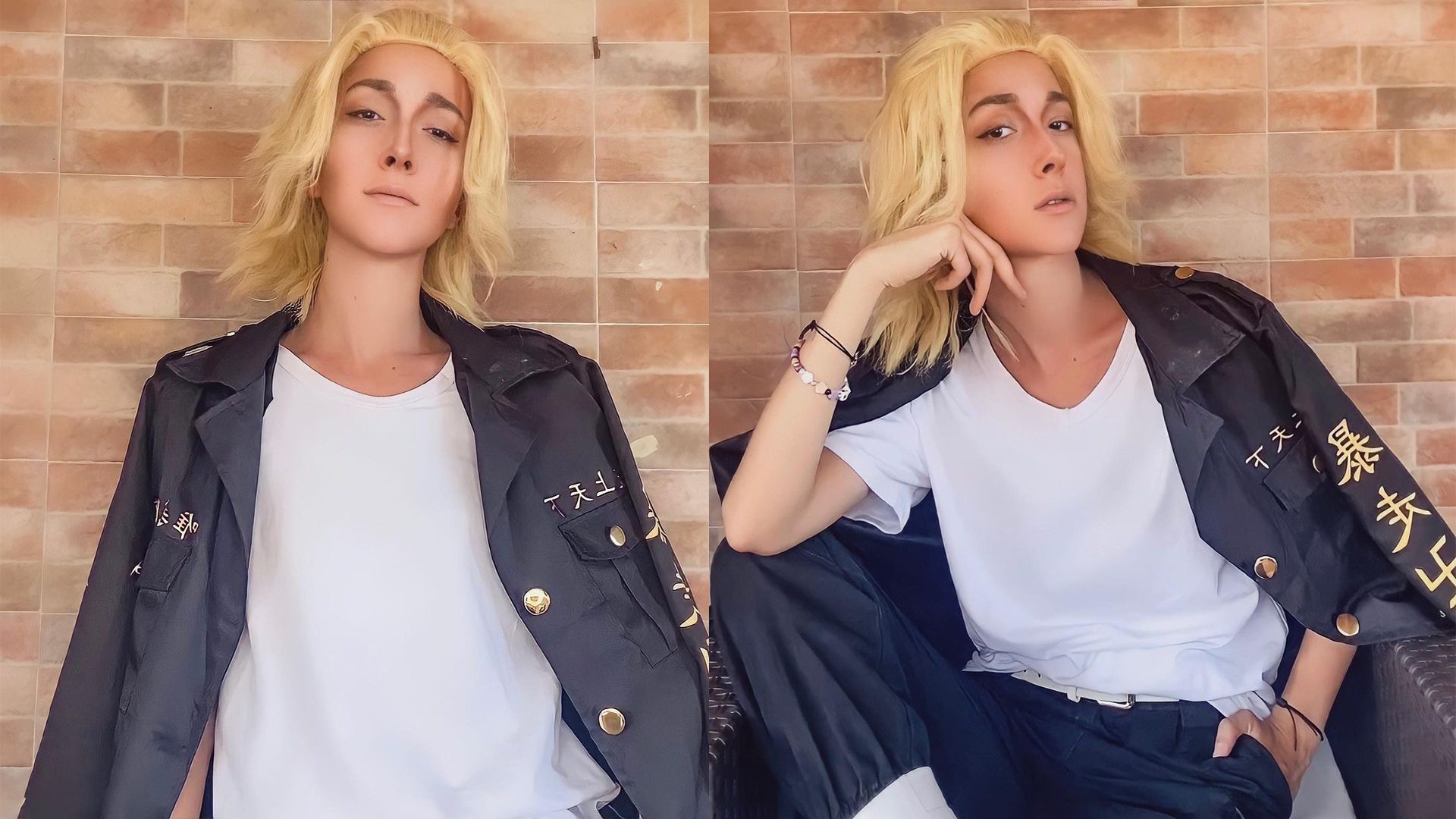 Mimi’s cosplay is so good like just look at her. Her cosplay of Mikey from Tokyo Revengers is outstanding. The outfit looks great, and the hair color is just right, not too bright nor dull. To be honest, the hairs are perfection. The outfit could have been better, but hey, who am I to judge? 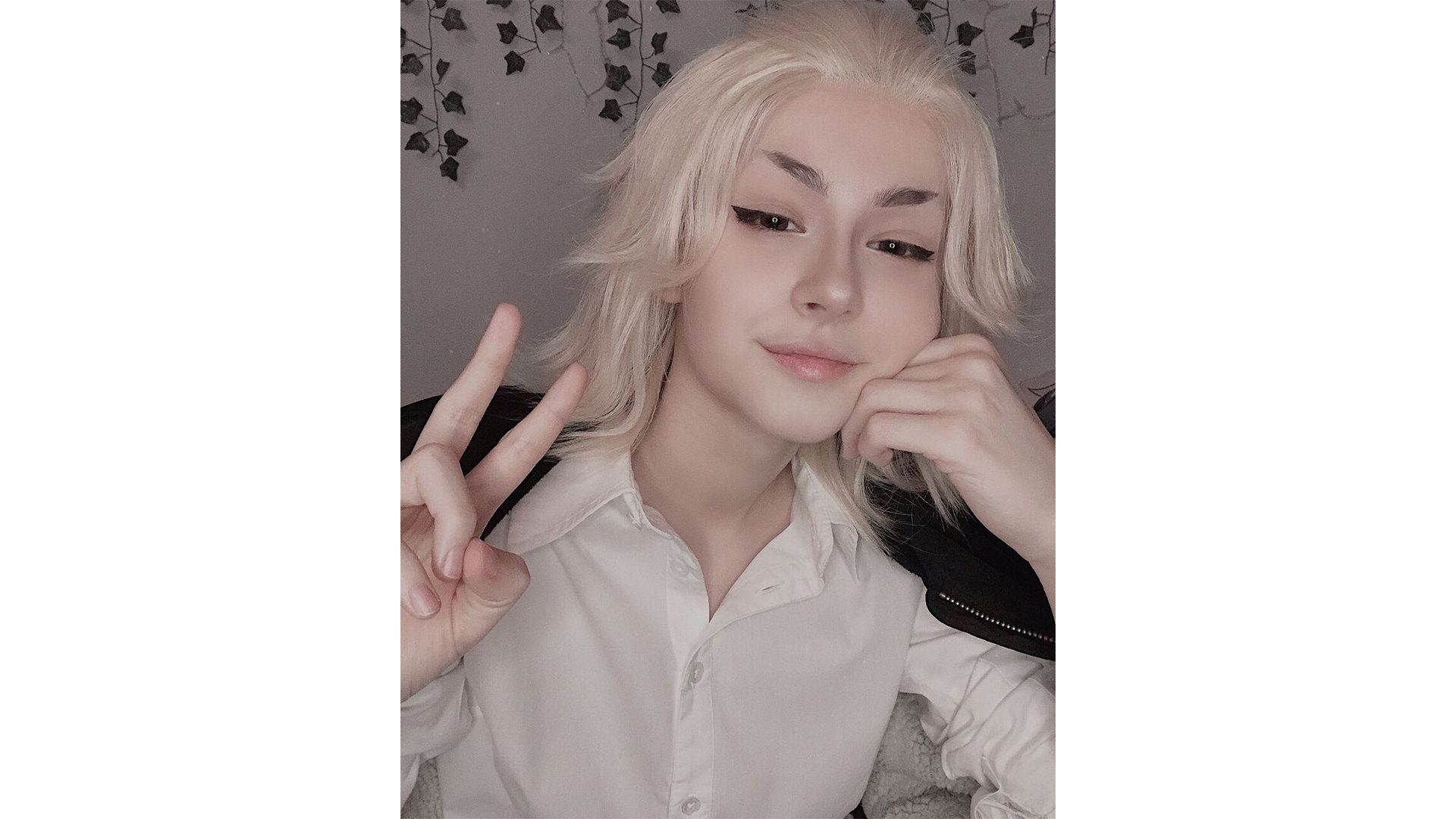 Here’s another Japanese cosplayer who goes by her stage name and social media handle kyokostar000. Her cosplay of Mikey is just brilliant. Everything looks just right. 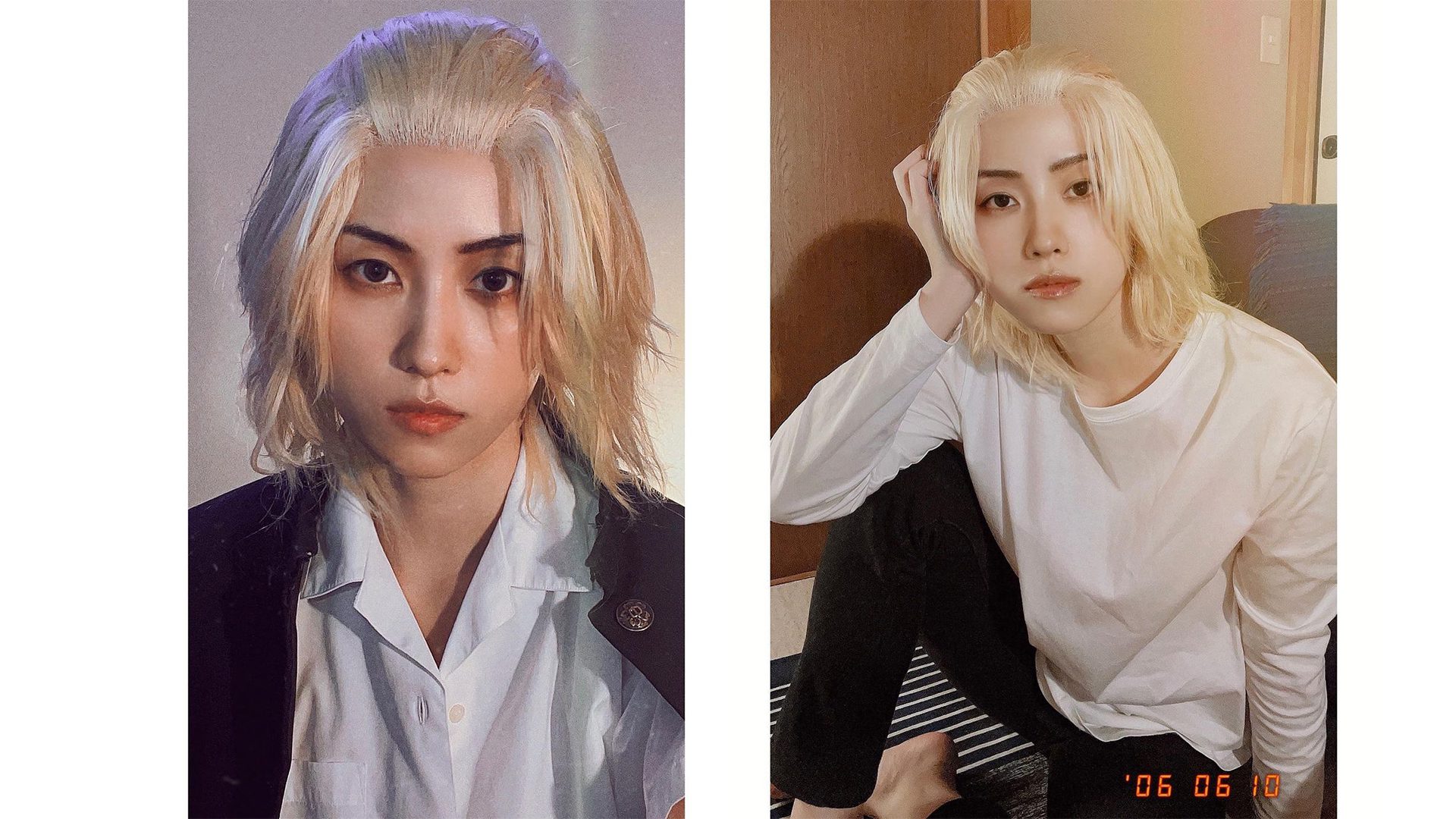 We have here ichimana_ who is a Japanese cosplayer. Mana’s Mikey cosplay is so on point. The outfit along with make-up and hair, looks just fabulous. Only thing is, her cuteness is cutting the intensity of Mikey. But on the plus side, we get to enjoy a rather cute Mikey. 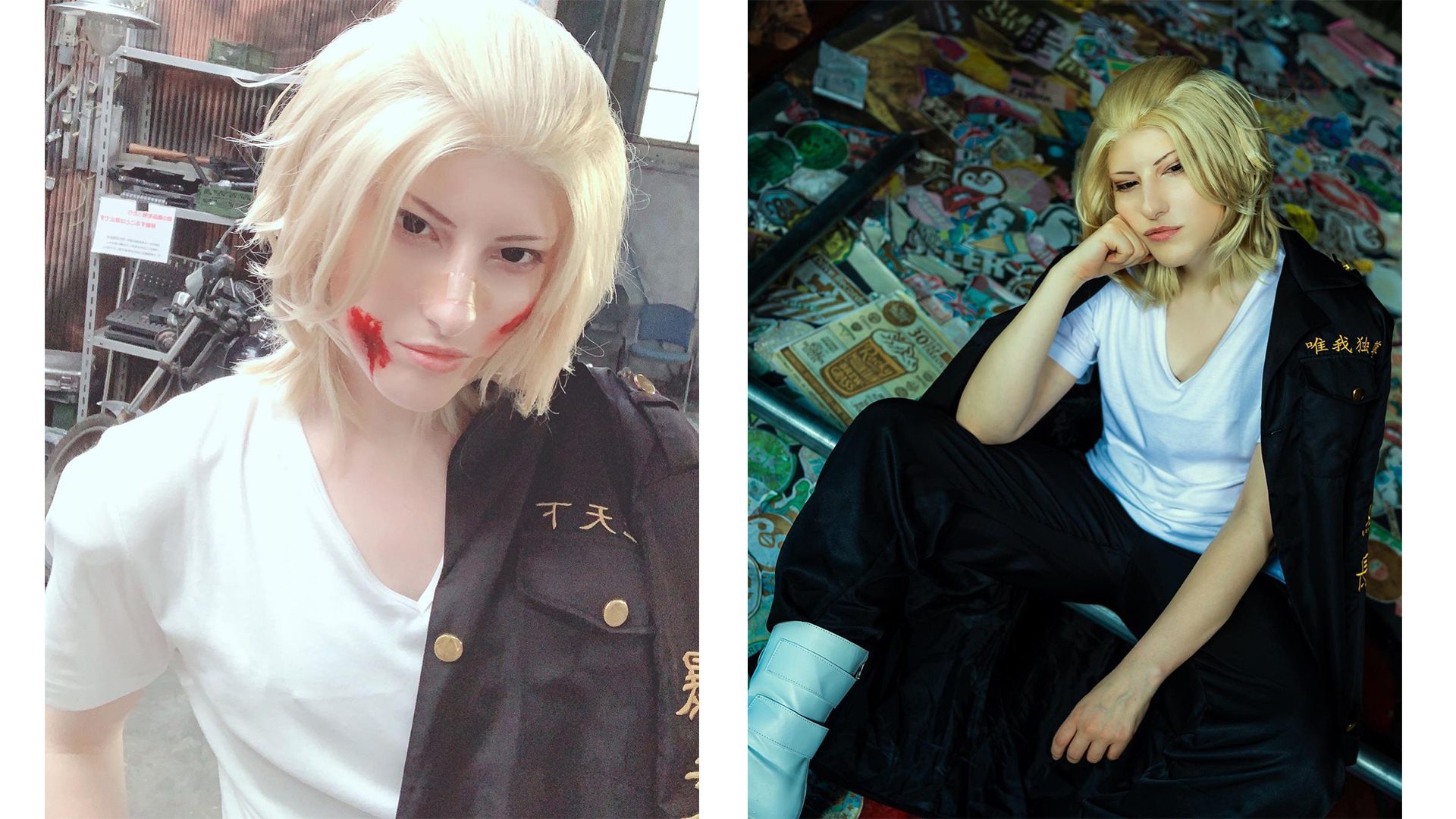 Also read: Best Live Action Adaptations Of Anime Ever Made