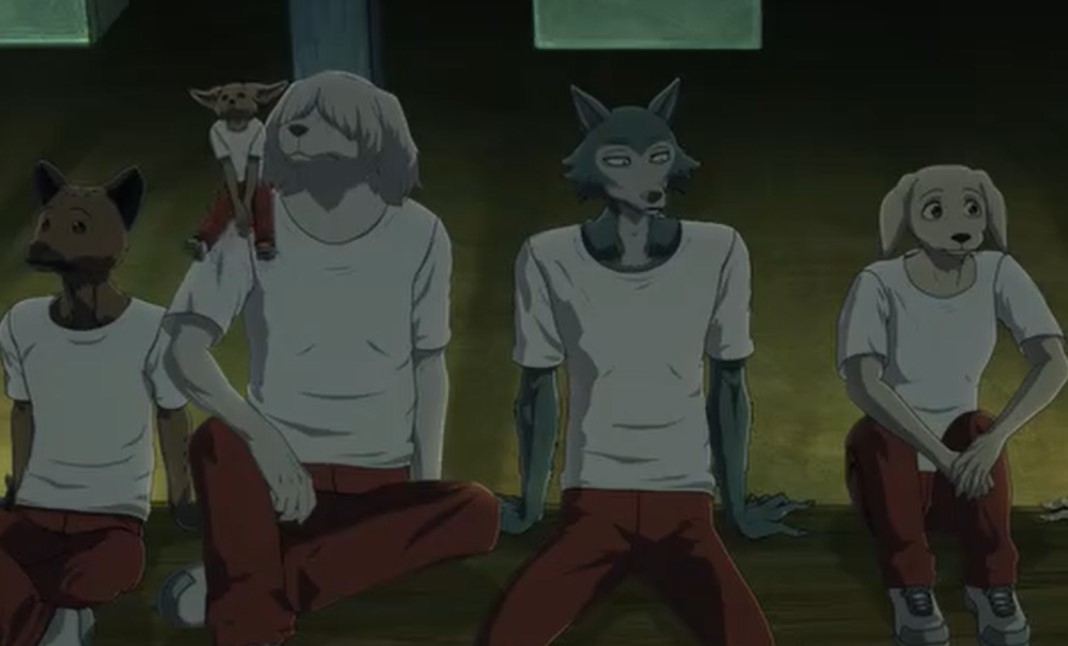 This week we hit again with another second upcoming episode of Beastars. Let’s take a look at the recent updates here. Legosi is sitting near Cherryton School with his friends, talking about how somebody is born every time. Jack comments that every individual is born next to the star. That star is called their Guardian Star. While looking at the sky, Durham is wondering which star belongs to him.

Jack replies that he is not sure, and it is said that only you can make your star shine. It means he will find one for himself soon. Callot asks Jack not to distract them with cooked-up stories, and Durham said there is no sign of a shooting star. Legoshi notices that it is cold outside and decided that they better go inside. Jack insists that they must stay. He is just going to grab a telescope from his room.

Beastars Season 2 Episode 2 will be released on Wednesday, 13  January 2021, at 12:00 AM. Note that every Wednesday new episode of Beastars will be released. You can get the latest updates and watch this anime officially on Netflix for now. Check other details below to understand more about this anime. 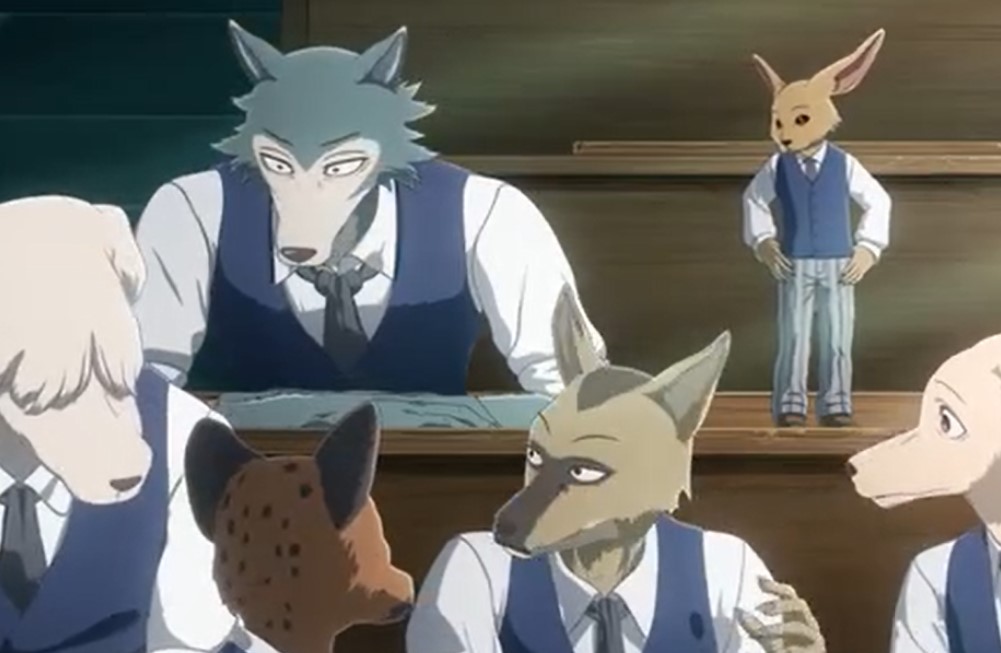 Jack went away, and Durham was complaining about what the big deal about watching the shooting star. Legoshi looks at the sky, wondering which one is his star, and after retrieving his microscope, Jack heard something. He got scared alone inside the dorm and tried to find out what he had heard. Jack finds a can rolling towards him and pick it up. He finds it written from the other side that ” For Tem” when he heads towards the room that the can is coming from. He saw a six-eyed beast inside the dark and runs to call others.

The next day when he narrates his story, Durham thinks that Jack is just making excuses since he didn’t come back with the microscope. They didn’t even get to see any shooting star. Logoishi and others joined the conservation, and Collot reveals that he has heard about the six-eyed monster. It has been revealed that it is roaming around the dorm. Miguno teases Jack thinking that he is bluffing, and he agrees that Jack saw the monster and it is a closed case.

Jack is worried that Migino is making fun of him, but he didn’t see the monster. One of the herbivores nearby asked if Jack saw the monster in Lecture Hall 2. Jack said he did and why that guy reveals that it is Tem’s ghost. It has been half year since the incident, and they still haven’t caught who did it. That guy also reveals that you can also hear Tem’s footsteps if you go to the Hall at midnight.

Everything that guy is telling happened with Jack the night before they met. Everyone got scared listening to the grey fox guy, and Darhum asks how he knows that it is Tem. The grey foxy guy said that it is obvious, and a student who was always seen around that area has gone missing. Miguno asks who that student is, and grey fox said that it is Louis. He also said that Tem’s ghost has some connection to why he stopped coming to school.

Legoshi is busy doing something on his phone while other earful herbivores listening to the scary story. Another guy is not even scared, and he tells his friends that they must read the room. They are too old to believe stuff like that. Others comment that he is saying that he did not see and Legoshi is busy chatting with someone dear to him. They promised that they would meet at the usual place.

Legoshi realizes that all the time he invites her, and she chooses the place. Later he met with her, and it is Haru, the white rabbit girl. Legoshi tells her everything that he heard while chatting inside the classroom. Haru comments that even the third years have weird rumors like that. It is like something is living in the walls and a student who committed suicide in the bathroom.

Haru said that even when she is alone, she is not afraid of anything. She remembers the time when Legoshi goes berserk and wanted to feed on her as carnivores. Legoshi apologizes since he noticed she remembers what scares her the most. Later, Ligoshi went to do laundry, and he wanted to find the truth about the six-eyed monster. He heard a strange voice saying that I finally show myself and something appears in front of him.

Keep in mind that new upcoming updates of Beastars will be released every Wednesday and available in time. That’s how we conclude our post will all of the above details. If you have missed the recent updates of this anime, try this link here Beastars Episode 1.