If you know about the exciting world of reality television shows, you must have come across Love & Marriage: Huntsville. Celebrated and distributed by Oprah Winfrey Network, this show has put itself at the forefront of reality television in the real estate genre. The show successfully ran for four seasons, is currently ongoing its fifth season, and has been renewed for its sixth season. It has 88 episodes so far.

After the previous episode aired last week, fans have been excitedly waiting to see the next episode with bated breath. With more than just real estate drama and a whole load of high society, romance, and family disputes, Love & Marriage: Huntsville has garnered an exciting fanbase and a great reception overall for its non-scripted humor, jibes, and emotional entertainment. 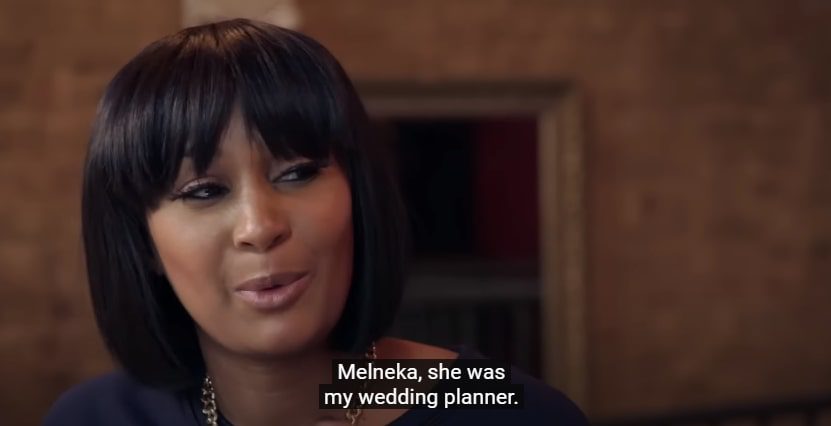 Love & Marriage: Huntsville was first aired on 12 January 2019. It follows the lives of three African-American couples who come together to establish a real estate venture in a town called Huntsville and help the town grow. Although they have been friends for a long time and are high-society folk, there are several issues between them regarding their friendship, love, and marriage that they must face and overcome.

The three couples are Martell Holt, Melody Holt, Marsau Scott, LaTisha Scott, Maurice Scott, and Kimmy Scott. The drama that unfolds among these six people as they struggle to help the town grow with their real estate venture is worth a watch from the edge of your seat.

The last episode of Love & Marriage Huntsville Season 5 was Episode 4. The title was “A Lowdown Dirty Shade”. The episode starts with Tisha and Marsau going to check out the Scott Manor. Tisha also wants to invest in her mother’s business, although none of the others feels that it’s a good decision.

There was also a verbal statement about Marsau trying to destroy the marriage again. There is also an annoying rumor floating around that is threatening to disrupt Melanika’s professionalism. Although fans criticized this episode for dragging out the central fight, the creators ramped up enough suspense and drama between the characters to make the fans want to watch the next one.

Fans were frustrated by some of the actions of the main leads. Why was Marsau bringing his personal stance against Wanda into her investment? They are also curious about the things that are unfolding with Martel and Melanika meeting up in the lot. The rumor instance is bound to blow up between Melody and Melanika. There also seem to be a few misunderstandings about his infidelity. Or are they more than just rumors? Fans are excited to see more drama unfold and hope the creators won’t drag out the fight anymore. They are also curious about how Wanda’s investment will go on.

Love & Marriage Huntsville Season 5 Episode 5 will be centered around Destiny’s relaunch event. There is speculation that Stormi and Melody will make a grand entrance to the event but are not welcomed. Melody also confronts Wanda about her behavior. Things tense up between Melody and Tisha because of this. Tisha tries to intervene between Melody and her mother. On the other hand, Martell and Marsau have a heated confrontation. There are just too many things that are waiting to spill out. Many secrets will be revealed in this episode. Fans are also expecting drama between Destiny and Melody. Something is going to turn really sour.

Fans eagerly look forward to the confrontations brewing on the screen. They are hoping Marsau’s true colors come out. The feud with Destiny and Melody will also be an interesting watch. There is also the entire drama over Wanda’s funding from Tisha that has yet o sorted. The fans are excitedly waiting for the next episode.

Love & Marriage Huntsville Season 5 Episode 5 will be released on 8 October 2022.

If you would like to catch up to the seasons till then and watch the episodes on the official streaming site OWN. The episodes will be released every Saturday at 8 PM ET. You can also catch the episodes on Discovery+ and Prime Video. What do you think will happen in the next episode? Let us know in the comment section below!