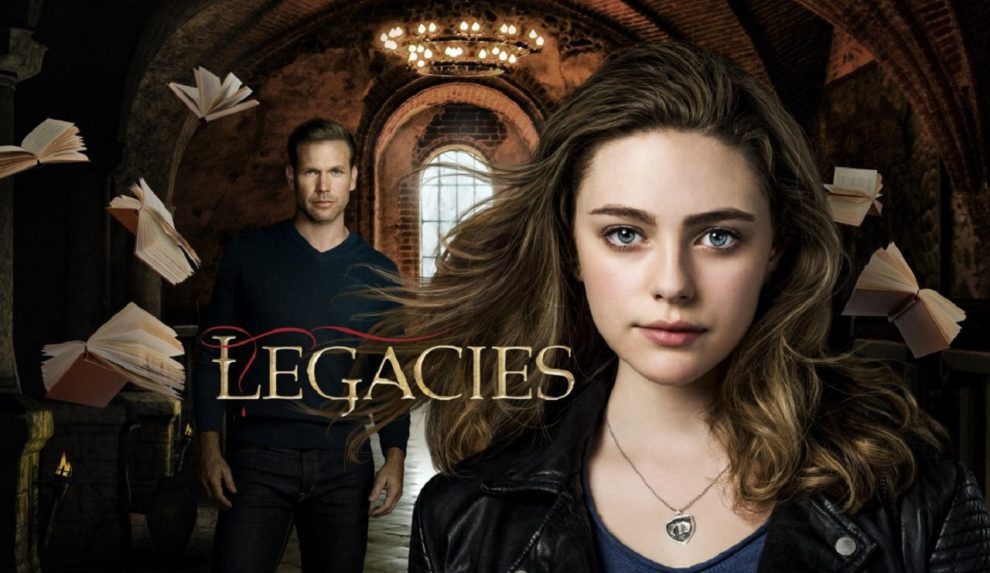 The third The Vampire Diaries spinoff, Legacies, aired on The CW. It is a supernatural show that is inspired by the young adult novels by L.J. Smith and centers on the Hope Mikaelson character, who first appeared in The Originals spinoff’s later seasons. The Salvatore Institute for the Supernaturally Gifted, which is led by former vampire slayer Alaric Saltzman, followed her as she evolved with an ensemble cast in the series. The cast members included Jenny Boyd, Peyton Alex Smith, Quincy Fouse, Aria Shahghasemi, Kaylee Bryant, Leo Howard, Chris Lee, and Ben Levin.

The series’ fourth season debuted on October 14, 2021, and the third season on January 21, 2021. Since those premiere dates, there has been no word on whether the show would be renewed for a fifth season. But after a prolonged wait, the series’ fate has finally been announced, and needless to say, it’s not what most of us had hoped for. We have all the details you need if you’re also looking for info on Legacies’ fifth season. Here is all the information you require about Legacies Season 5.

Will There Be Legacies Season 5?

No, The CW has canceled the show, so we will never get to witness the fifth season. The Vampire Diaries saga has lasted 13 years with more than 300 episodes, and it is finally coming to a conclusion. Although the reason for the cancellation has not yet been made public, reports claim that Warner Bros. Television, the show’s parent studio, and not The CW, is responsible for the decision. According to the statement, The CW was eager to renew those series, but the producers behind them were not for commercial reasons as they aim to keep their slates profitable.” 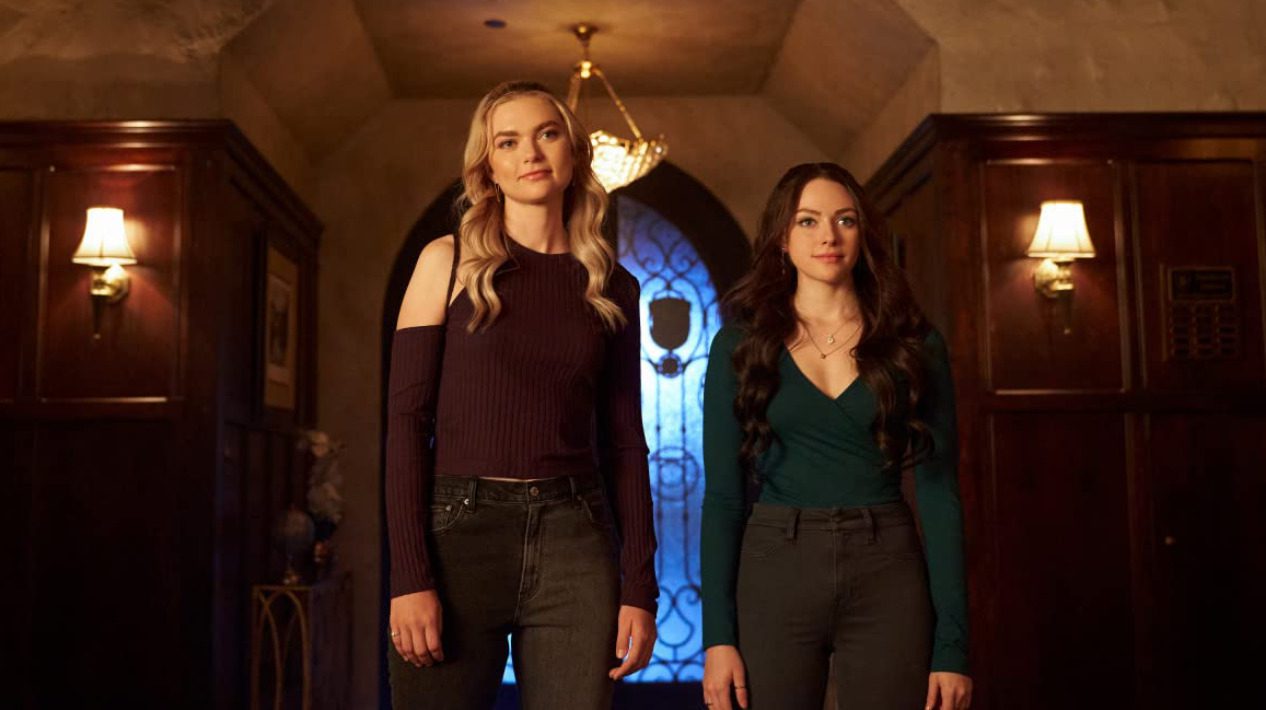 The show’s creator, Julie Plex, tweeted stating that “It’s the Red Wedding at WBTV/CW tonight”.  She also gave her thanks to the cast, crew, and fans. By this tweet, Plec responded to the network’s decision to cancel so many shows, though she didn’t specifically mention Legacies by name. She compares it to the well-known “Red Wedding” from Game of Thrones, in which numerous significant characters were killed off.

It will take Plec some time to come to a conclusion about it all, but she is thankful for the love the fans have shown for Legacies, who was merely one of many “victims.” It appears that neither the cast nor the crew anticipated the cancellation of Legacies if even Plec was taken aback to learn of it. Someday, maybe with another spinoff show, the brand might be given a new lease of life, bringing in new answers.

Julie Plex Is Sad For People Who Lost Their Jobs

Not just fans were devastated by the cancellation of Legacies. It appears that its creative team was likewise hesitant to part ways. Julie Plec, the executive producer and co-creator of the program, expressed in an interview that she was mainly concerned for the thousands of employees who had recently lost their jobs across three of her series.
They produced 331 television episodes, and many of the same people that worked on the first season of The Vampire Diaries also contributed to season four of Legacies. Over the course of these three shows, they were able to create such a lovely family in Atlanta. She found it depressing to think that it has already vanished. Plec, though, had a hunch that the show wouldn’t be renewed, so the sad news wasn’t all that unexpected. 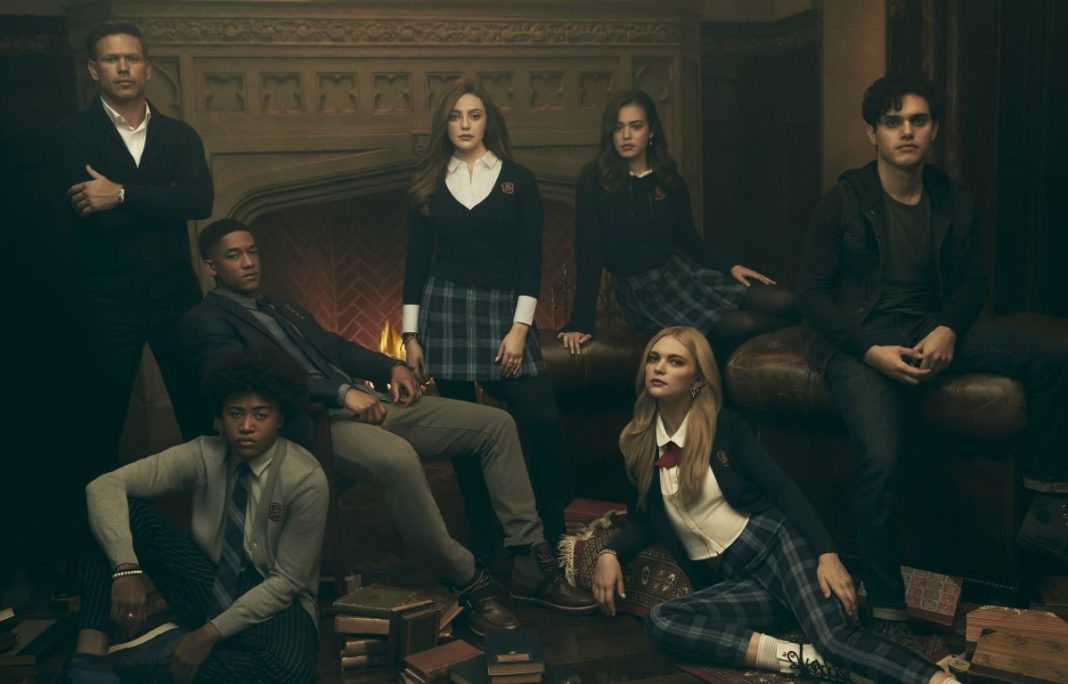 Even though Legacy Season 5 is canceled, fans are still hoping that it will be renewed and all of their favorite characters would return. We don’t if in this situation a renewal is possible or not, but what we do know is if it returns the core character as they said is always up for a comeback.

The core characters are:

A phoenix who captured Hope’s heart was played by Aria Shahghasemi as Landon Kirby. Josie Saltzman, a formidable witch who fled town halfway through Season 4, is portrayed by Kaylee Bryant. Jenny Boyd portrays the recently transformed heretic Lizzie Saltzman. Milton Greasley, a kind-hearted vampire with a sizable comic book collection, is played by Quincy Fouse. Chris Lee plays the part of Kaleb, a vampire who is also somewhat of a dragon. Jed, an alpha werewolf who had a sexual awakening after falling in love with a demigod, is portrayed by Ben Levin. Ethan, played by Leo Howard, was a regular high school soccer player who possessed Malivore’s invisibility abilities. Last but not least, Omono Okojie portrays the iconic muse-turned-TBD Cleo.

New Characters That Were Planned For Legacies Season 5

Although Season 4 marked the end of Legacy, this wasn’t necessarily the initial plan.  There were plans for a fifth season, which according to maker Julie Plec, it would’ve seen the introduction of a character that fans had been hoping for: Stefanie Salvatore, the daughter of Elena and Damon. The network did give the show a heads-up that Season 4 might be the last, allowing them to create a proper ending. 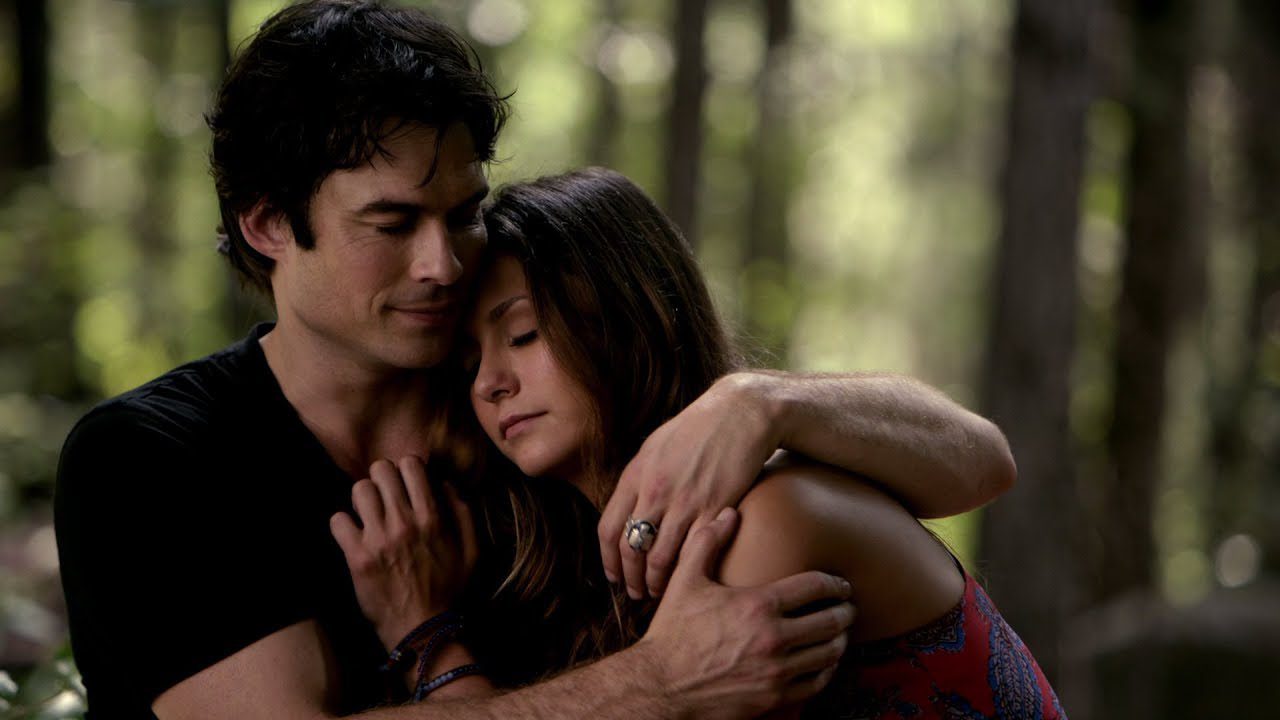 Stefanie Salvatore, the daughter of the now-human Elena and Damon Salvatore, is mentioned in the first season of the show as a part of another universe, but she never really appeared in the series, despite fans’ longing to see Damon and Elena’s offspring. Stefanie Salvatore’s introduction to Legacies was pretty much at the top of the maker’s mind as a character that they were planning to include, should the show proceed ahead, according to Plec.

Plec expressed uncertainty about the show’s plans for how Stefanie would have been introduced, adding that a time jump or other type of time diversion would have been feasible. And Stefanie Salvatore’s presence isn’t the only possibility that fans had hoped would happen in Season 5. In the season finale, Candice King, who played Caroline Forbes, said she wished there had been more of Caroline as the headteacher of the Salvatore School.

What Was the Plot Of Legacy Season 5 Going To Be?

Legacies was on track to have a similarly long run as The Originals, which ran for five seasons. However, in the second half of season 4, it was abruptly canceled. This indicated that the upcoming season 4 finale would now be the series’ legitimate finale. For the fans’ sake, the writers had plenty of time to plan a more conclusive finale so that the show would still be gratifying. Which included a brief appearance by Joseph Morgan as Hope’s dad Klaus, having returned in a spectral form. 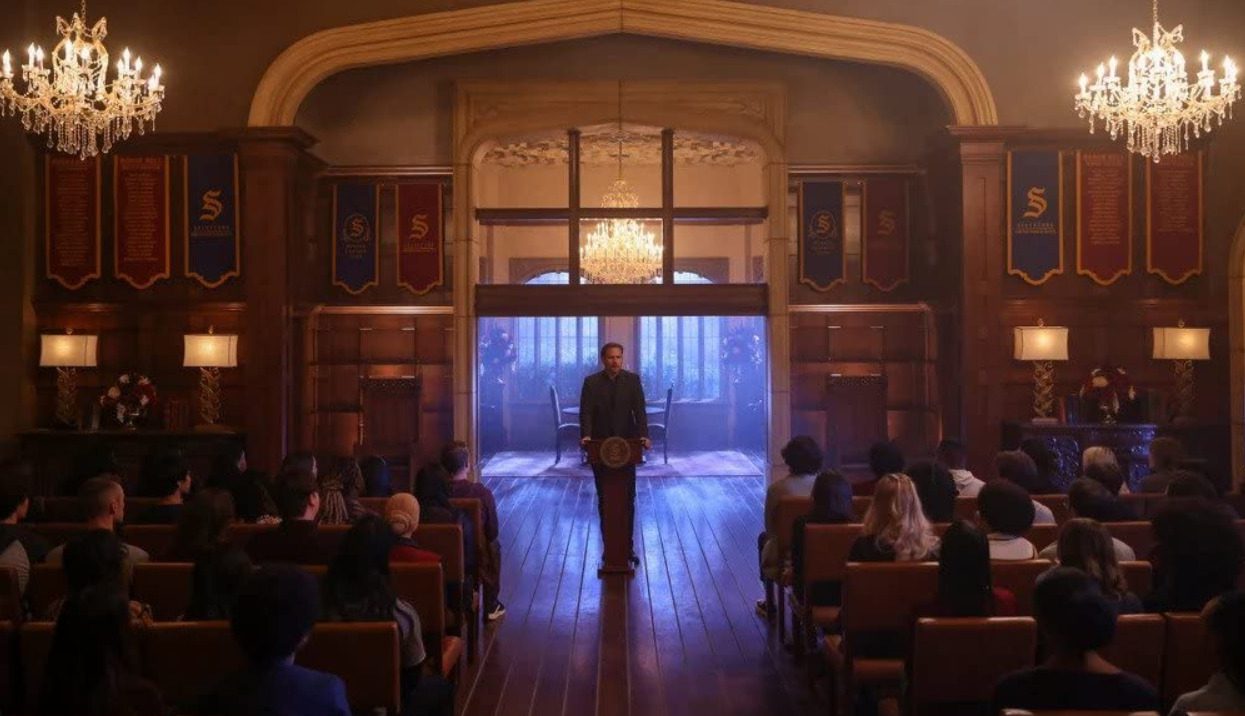 The show’s creator for Legacies, Brett Matthews, provided much more information about what the series might have looked like in season 5. He hinted that “the Jed/Ben curse” would have received more screen time and that Cleo and Kaleb’s future would start to be hinted at. The characters would have changed and may have reconnected after graduating from school. He believes that moving those characters—who had achieved such success at the school—outside of it and placing them in lives outside of it would be the pleasure of the fifth season. It would be interesting to see where they ended up and how they’d all eventually return to one another.

If Legacies had been renewed, its storyline would have included more Vampire Diaries characters. Matthews also discusses how, after receiving several months’ worth of early notice from the network, he wanted to give every character a kind of narrative closure with the finale. He talks about how he needed to leave the characters in a positive place and how the hopeful tone of the show contributed to the conclusion.

Legacies undoubtedly would have significantly changed the idea and produced a range of intriguing new character relationships and plot lines. Fans will undoubtedly be disappointed that these specific storylines won’t be revealed. However, there are already discussions of a second Vampire Diaries spinoff, so maybe some of these characters will be able to make a comeback sooner rather than later, with the logical time jump of creating a new show factored into their anticipated new adventures. 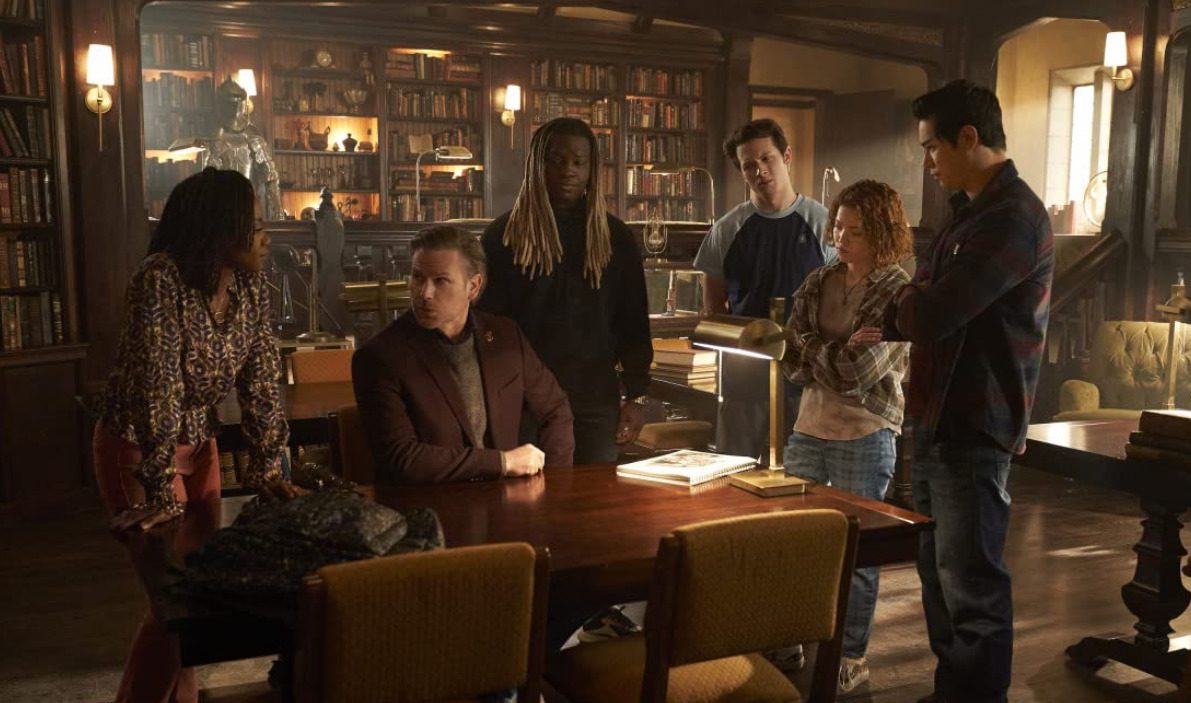 Possibility For a Come Back

So, is there a possibility that season 5 will happen at some point? Could this program be eventually saved? Although it seems unlikely to happen in its current shape, we do believe it is something to consider. The more likely scenario is that something new from The Vampire Diaries universe appears on The CW or HBO Max, both of which have strong links to Warner Bros.

It’s excellent news for you werewolf, bloodsucker, and supernatural lovers. Plec appears to be fully committed to reviving the franchise in some way. Plec confidently predicted that there will be another one in an interview, adding that while they were upset and were likely to take a break, there were still more ideas and tasks to complete. She says that the concept for this new version of spin-off has been developing for a while. While it won’t be a Legacy Season 5, but the spin-off will definitely take place in the Vampire Diaries universe.

Also Read: Kung Fu Panda 4: When Will The Movie Come Out?