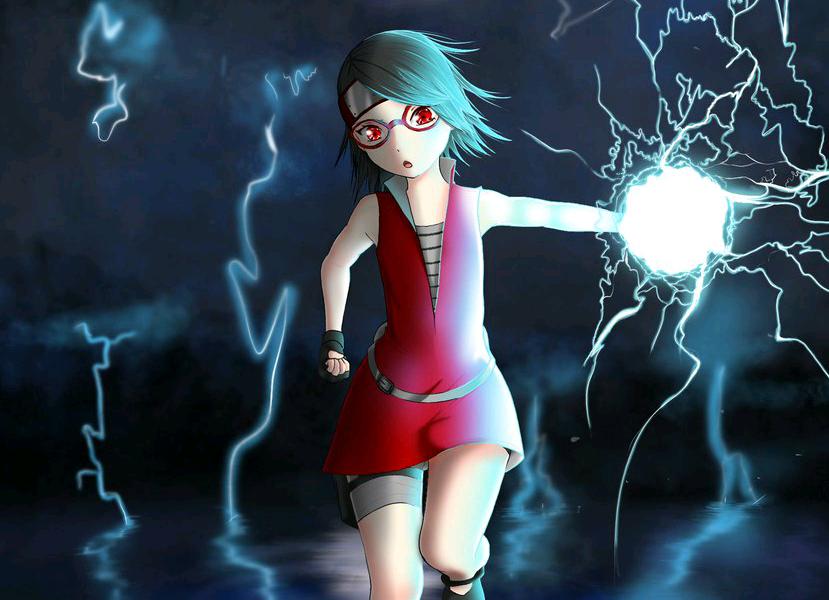 Boruto manga is in the midst of its most interesting phase at the moment. Jigen’s mysterious character is slowly being unveiled and its quite safe to say that he is the most powerful character we have ever witnessed after he manhandled both adult Naruto Uzumaki and adult Sasuke Uchiha.

After Naruto was sealed, Boruto along with Kawaki, Mitsuki and Sarada travelled to this new mysterious dimension using space-time ninjutsu in order to bring back Naruto. But another Kara member Boro stands in their way. It seemed that there was no way to beat this monster but the new Chidori user thought otherwise.

It was Kawaki who pointed out to Sarada that even though Kara member Boro seems undefeatable because of his regeneration ability but even this one has some shortcomings. Kawaki seemed certain that there must be a core regulating this technology inside the body of Boro. 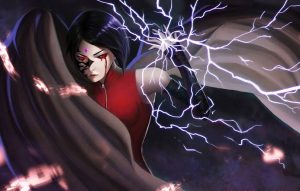 Only Sarada could locate it with her Sharingan apart from Boruto’s Jougan which can detect a weak spot in the body but Boruto doesn’t know how to activate it. So, using her Sharingan Sarada Uchiha was able to detect where this core is but it was moving throughout Boro’s body so Sarada could not notify her team.

Thus, her only option was to eliminate this core all by herself with a jutsu that can penetrate Boro’s body but she couldn’t use and fire release techniques. Thus, at last, she revealed her newly gained ability known as Chidori. Sarada Uchiha learned this jutsu by watching her father most probably. Nonetheless, it is a powerful technique and might help the new Team 7 eliminate Boro at last. My gut feeling is that even this immensely powerful technique might not be able to kill Boro.