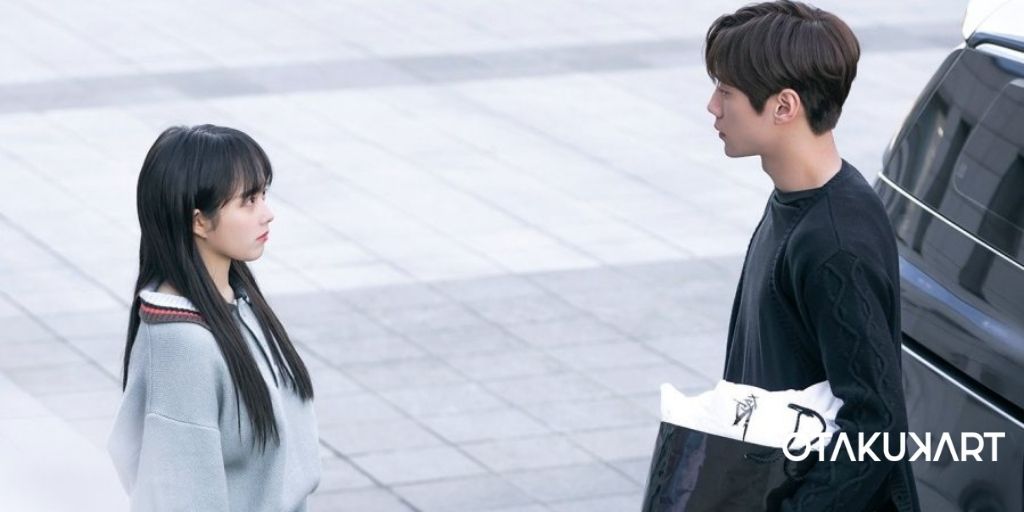 Okay, we understand why everyone is so anxious to know about the Kdramas similar to ‘Imitation’. Of course, it is because this Kdrama just stole everyone’s heart, and it has so many aspects in it which make us fall for the Kdrama, even more, every time we rewatch it. ‘Imitation’ Kdrama really has it all, from telling a beautiful story of aspiring idols to the dark reality behind this glittering K-pop world which often the world might not see behind the glimmering curtain. Adding to this is the heartwarming romance and the friendship squad (If Tea Party did not melt your heart, then we don’t know what will).

How can we forget that this Kdrama is filled with Many K-pop idols? Lee Jun Young of U-KISS, Chani and Hwiyoung of SF9, Jongho of ATEEZ, Yuri Park, and Ahn Jung Hun were in the group Shax. ‘Tea party’ consisted of Jung Ji So, Minseo, and Nayoung (I.O.I). Along with them, we also have three more members of ATEEZ- Yungo, Seonghwa, and San as members of ‘Sparkling’ along with Suwoong of Boys’ Republic. And how can we forget T-ARA’s Jiyeon, who plays La Ri Ma?

This Kdrama is a blessing for those who are immense fans of both the Kdrama and Kpop world. That is why this drama received so much love, but weirdly it is not as hyped as one would think. So if you have not watched the Kdrama yet, this is your chance to instantly start it. And if you did watch this wonderful drama, here is a list of Kdramas similar to ‘Imitation’ because we know you have still not gotten over this amazing series.

Let’s not lie, if we are looking for idol Kdramas similar to ‘Imitation’, then we could NOT have completed this list without ‘dream High 1’. This Kdrama will forever be iconic and beloved by all fans. The story revolves around six students at the Kirin Art High School who are striving hard to become idols. It shows how the students progress in various fields like singing, rapping, and dancing. The Kdrama casts Bae Suzy, Kim Soo Hyun, Ok Taec Yeon, and IU.

One of the best things about this Kdrama is that it has many addicting OSTs, and the whole series is filled with musical elements that keep our senses blessed throughout the episodes. The plot of the series is especially very interesting, and the writer has done a great job in keeping the story fresh throughout the Kdrama. And the highlight of the Kdrama is the flash mob towards the end, which we are sure will make you want to jump and dance along with them. So, if you haven’t watched this Kdrama yet, this is your cue. Start It! 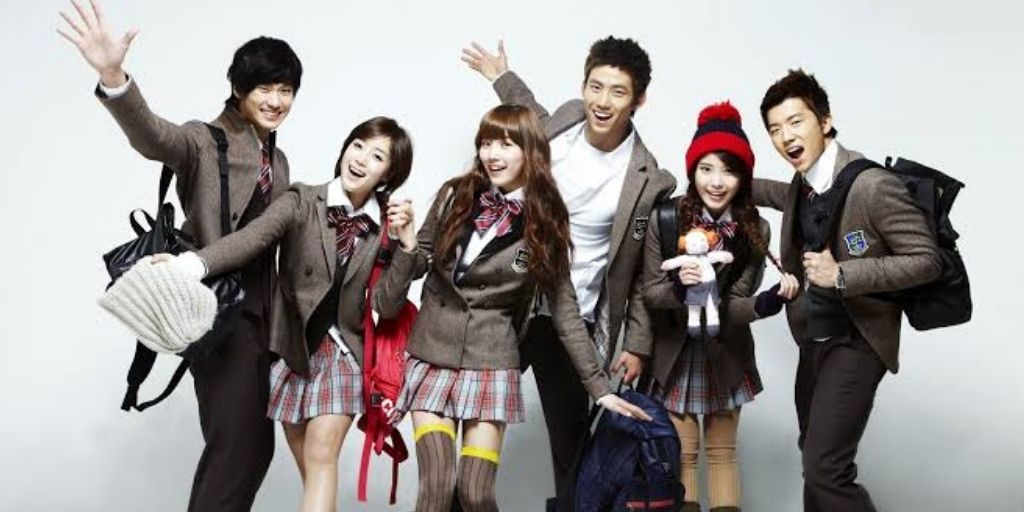 Yup, you are reading it right Dream High also has a sequel and a very good series among the Kdramas similar to ‘Imitation’. If you need a high school idol drama including romance, and comedy and you also want it to be motivational, then ‘Dream High 2’ is the right option for you. This Kdrama also is like its prequel, but with a different cast. And now, we have fierce competition among trainees to get to the top and debut as an idol in the Korean music industry. And along with this, the cast is filled with our favorite stars like Kang So Ra, Jung Jin Woon (former member of 2 AM), Jay B (GOT7), and Park Ji Yeon (T-ARA). So, if you want more music along with beautiful Kdrama, this drama should go on your watch list right now. 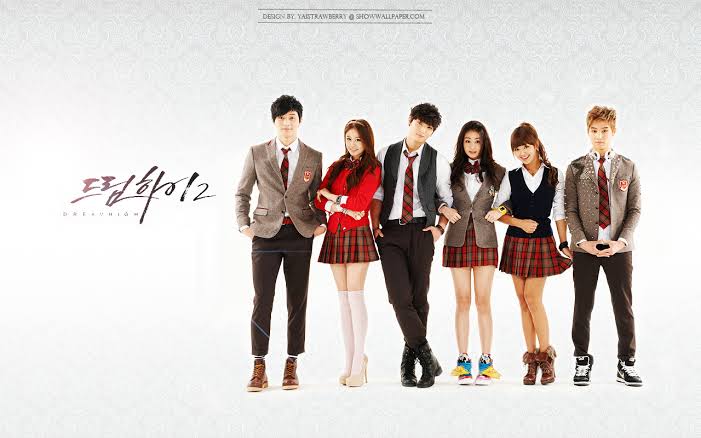 This ongoing Kdrama is slowly capturing everyone’s heart, and we can confidently say this Kdrama has very similar vibes to ‘Imitation’. Again, ‘Miracle’ is an idol drama. It revolves around Luis, Min Si Woo, and Lee So Rin. The story is about how So Rin was desperate to become a Kpop idol but could not achieve her dream after she got injured in an accident. Although her best friend Si Woo now shared her dream and made it as a popular Kpop idol as a part of N/S. Meanwhile, Luis is a famous artist, and the whole world is his fan. But, he is tired of being controlled by others and tries various ways to make his own path and agrees to do a collaboration with Si Woo.

Where is Lee So Rin, though? Well, she is now an employee in the entertainment company of N/S. And gets up entangled with Luis. How will their story move forward, and will their further journey be a peaceful one? Find out the answer by watching the Kdrama. One most important thing to note is that both the main male leads of the drama are played by Chani and Hwiyoung, who both are members of SF9 in real life. Fans are excited to see their on-screen rivalry! 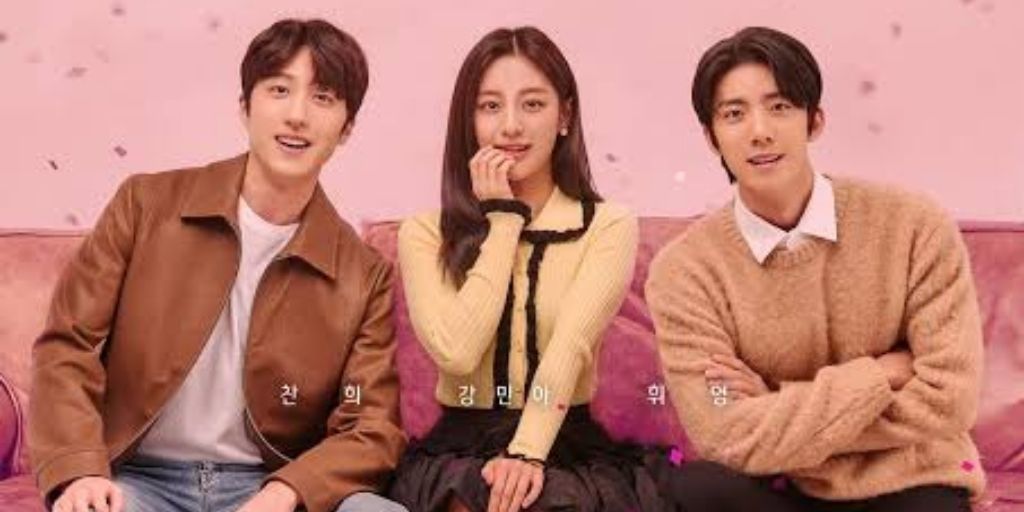 Okay, now ‘So I Married An Anti-Fan’ had a big hype, and to be honest, it really was. For those who did not watch this, we highly recommend this cute Romance comedy Kdrama which has a very unique plot. The Kdrama is a Korean adaptation of a Chinese movie of the same name. The story of the Kdrama revolves around Hoo Joon and Lee Geun Young. It starts off when Geun Young is removed from her job, and she finds out that it was because of Hoo Joon that she faced such a crisis. Now Hoo Joon is a super big star, and fans always swarm around him. But our female lead decides to become his anti-fan because she believes all her life crises are because of him.

But apparently, a variety show producer found this concept really exciting and convinced them to do a show where he and his anti-fan had to live together. They accept this for their own reasons, but slowly this top star starts developing feelings for his anti-fan. A romantic one! Things get really interesting when they find out their feelings for each other and try to be together. This Kdrama has amazing acting skills by all the stars, and of course, you will love the character of Geun Young, after all, she is played by none other than the QUEEN, Choi Soo Young of Girls’ Generation. So there are many reasons this Kdrama is very similar to ‘Imitation’. So you can surely watch this drama to get over ‘Imitation’. 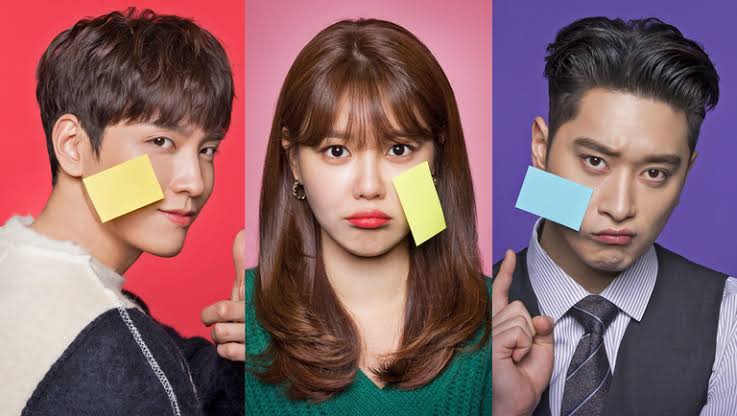 Are you into Idol dramas, as well as you have a soft spot for time travel Kdramas. Well, we have just the right Kdrama for you in the list of similar Kdramas like ‘Imitation’- ‘Hit The Top’. So the story revolves around Lee Ji Hoon, Choi Woo Seung, and Yoo Hyun Jae. Ji Hoon and Woo Seung are best friends from childhood who are preparing for the civil service exam. But Ji Hoon also has a dream to be a singer and a songwriter. But soon, he crosses paths with a 90’s idol group member, Yoo Hyun Jae. Now the biggest twist here is that this guy traveled through time accidentally from 1993 to the year 2017. You can just imagine the chaos and comedy that will happen in the Kdrama, but it is also filled with passion, friendship, and love. So you can look forward to this amazing Kdrama if you haven’t watched it yet. 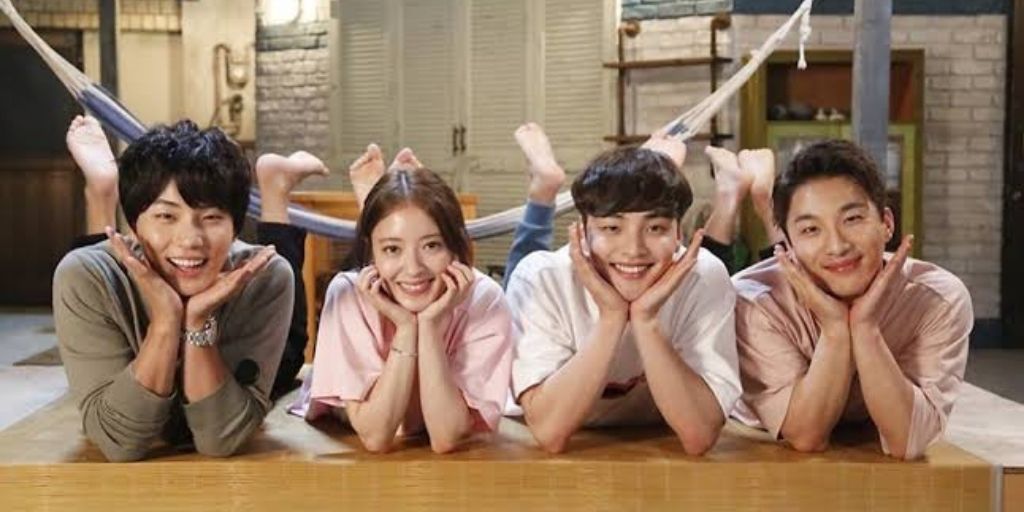 Now ‘Dear M’ might not be very similar to ‘Imitation’ in terms of its idol drama story. But if you like watching a motivational Kdrama for youths, this should go on your watchlist. First of all, ‘Dear M’ is a Kdrama, for which fans have been waiting for way too long. And now that it has released all its episodes, it was definitely worth the wait. If you are looking for a cute slow-burn romance like ‘Imitation’, you’ll find it here, if you are looking for passionate youths who want to fulfill their dreams, you’ll get them here. If you want the same emotional roller coaster like ‘Imitation’, you will get that here as well.

The story shows the campus life of a group of friends. Suddenly an anonymous person with the name ‘M’ starts confessing his love on the school’s online community. Everyone is hell-bent on finding out who this person is. Meanwhile, the characters find their dreams and try their best to make their dreams come true. Also, we got NCT’s Jaehyun here, and fans have been going crazy over his visuals and acting. So, we highly recommend you to watch this butterfly-giving Kdrama. 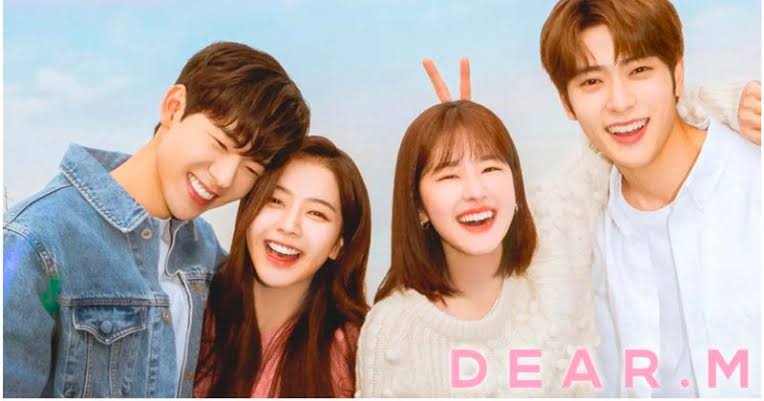