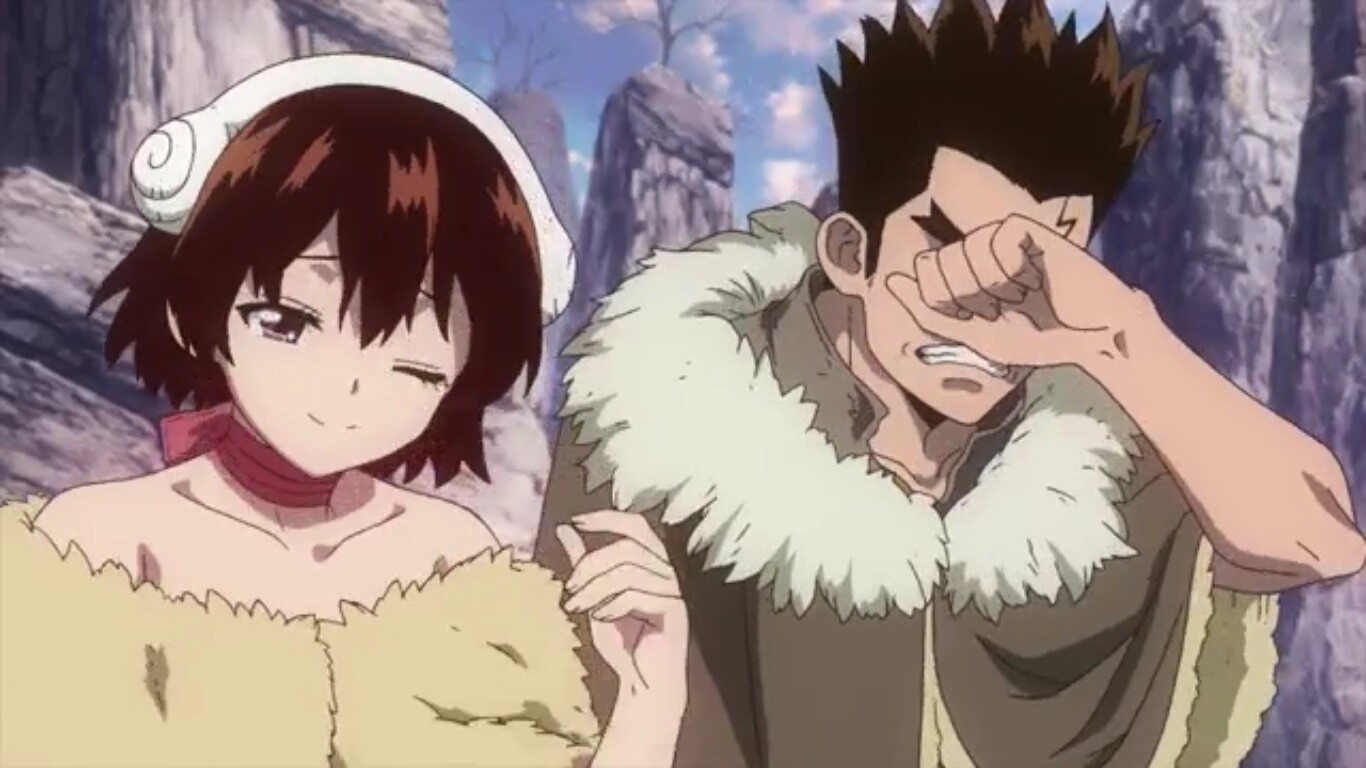 Dr. Stone Season 2 Episode 3 sees the continuation of the stone wars that have started in the recent episodes. Senku and his Kingdom of science want this fight to be as bloodless as possible. So he formulated a strategy that will have him rob the Tsukasa kingdom of its followers one by one. Unfortunately, this season will be a short one and will run for only 12 episodes, unlike the first one.

Maybe this means that the stone wars will not last that long, then we will see the anime moving to the next parts for the upcoming seasons. Looking back at the recent developments in anime, things could not go any better for the science kingdom. The last time they executed their plans to have a communication device delivered to their spied within the Tsukasa kingdom. This went successfully, and in the end, they even managed to catch one of Tsukasa’s spies that were keeping watch on them.

With the communication device delivered successfully, the plan was set in motion. But this did not come easy, as Gen and Chrome had first to distract Tsukasa kingdom defenses so that Gen can make a clean escape back to Senku. With their use of science, they managed to create fires in the forest, creating enough smoke screens for the escape.

Dr. Stone Season 2 Episode 4 will continue the anime release schedule next week when it releases. More updates will come by then, and we will see which next person Yuzuriha will manage to persuade. The episode will be available for streaming on Crunchyroll and Funimation as usual. The full episodes of the anime are also available online in bot dub and sub. 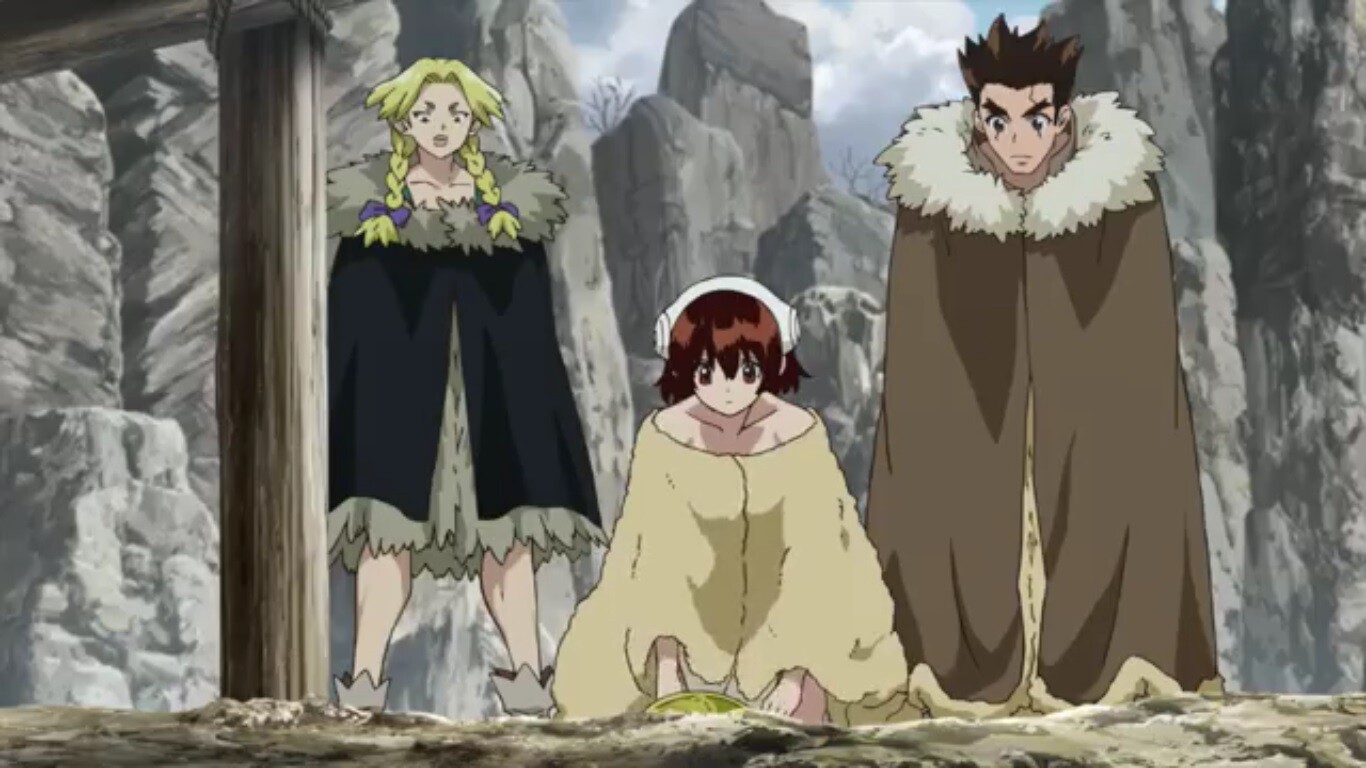 Things did not take long for the operation to begin. So far this season, we have not yet seen Tsukasa making an appearance. We have only seen his followers and how they operate. Which Senku managed to outwit in the last episode of the anime. And they have now found a loophole to exploit, and the strategy seems top notch. But when it came to the execution of the plan. The disguise that Senku is dead gives them a significant advantage. Senku’s grave now serves as their rendezvous point. Gen and Chrome had delivered the communications device, and Taiju and Yzuriha have found it.

Taiju communicated with Senku for the first time in a while in what appeared to be an emotional experience for both of them. But since they know that they are always on the watch, they were aware of the spy that was following them to the grave. But as usual, they used to pretend to talk to Senku, who is seemingly dead, and reminisce on their past times. This gave them enough cover as they had actual communications devices and spoke to the real Senku on the end of the line.

Gen had just made it in time back in the Kingdom of science and was ready to talk to the first person that Taiju would bring. Nikki, one of Tsukasa’s guards who was monitoring them, was hiding from a distance. So Taiju then called her to come to listen to what his friend has to say. At first, she was a little non-compliant and wanted to beat up Taiju. But after seeing his persistence, she decided to try and hear him out. The initial plan was that Gen would pose as Lillian Weinberg.

Nikki Joins Senku’s Side and Spies on Tsukasa 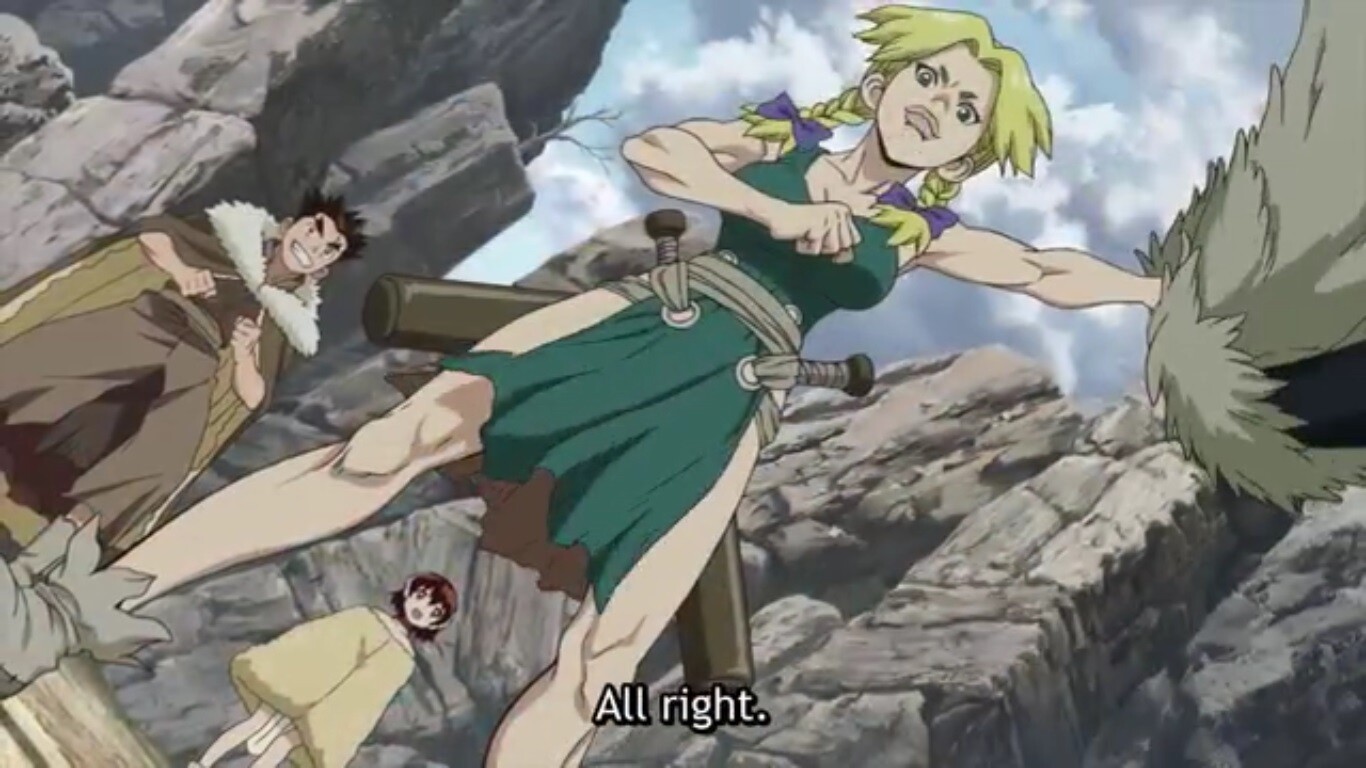 They were lucky that Nikki was Lillian’s fan, but the bad side was that she knows too much about Lillian. So she wanted to ask some questions to find out if the person at the end of the line was really Lillian Weinberg. Senku and Gen successfully answered almost all of her questions correctly. But she managed to catch them off guard as Gen’s imitation was not consistent. But she was impressed to find out that Senku still had Lillian’s songs with him as Senku used that as their trump card.

She wanted to protect all records that Lillian has ever produced. But Senku told her that they are probably in bad condition since many years have passed since the certification. But he reassured her that he would protect Lillian’s last record using science no matter what happens. This was enough to gain her, and with this, Senku’s empire had one more on their side.

The upcoming episode Dr. Stone Stone wars will then see Senku move forward with his plans. This means that they have to target the next recruit in their plans. Gaining Nikki’s trust will prove to be a great advantage for them, and we will see how this plays out in the next episode. For more updates on the upcoming anime episodes, you can look at our Weekly Animenews Updates. You can also look at the manga updates on the weekly manga highlights to see which manga will be coming for this week.