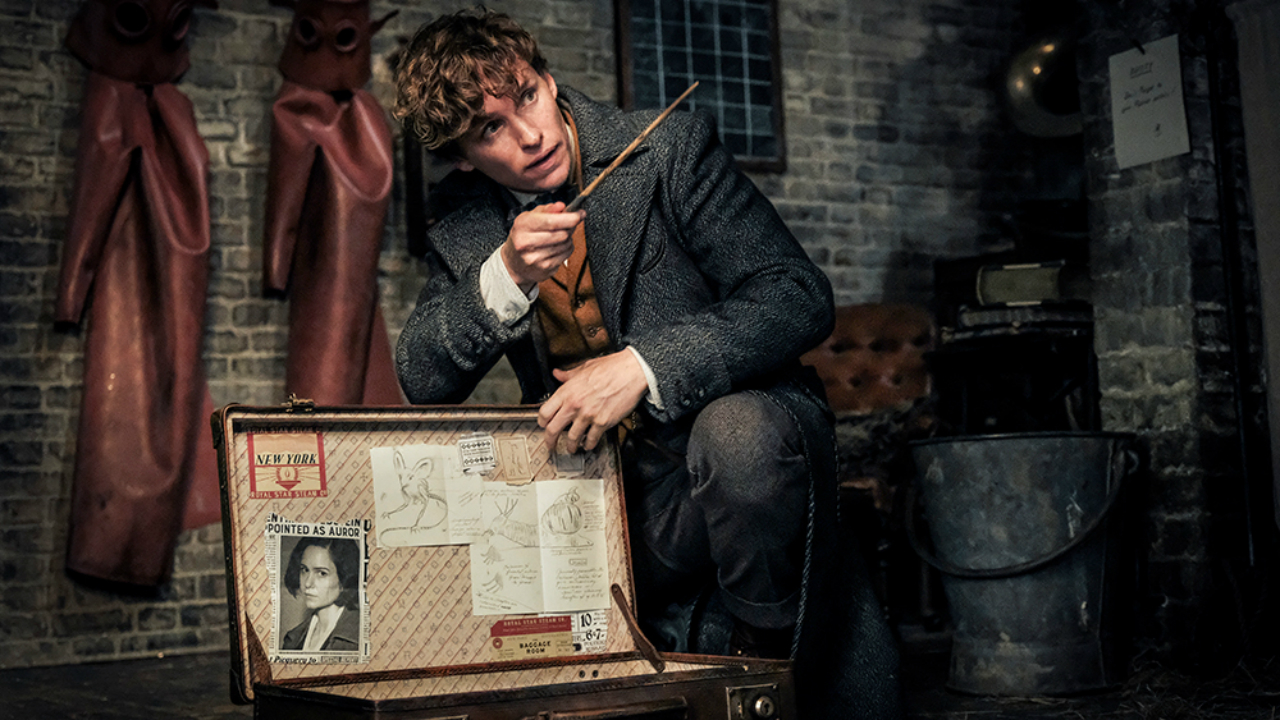 Needless to say, the Harry Potter fandom is one the biggest – if not the biggest – fandoms in the world. The HP universe is one well-loved by many. In fact, it is so beloved that the target audience has been expanding and increasing in size for decades now. The characters are a part of any person’s childhoods. No, scratch that. These characters still play a huge role in people’s lives, well into becoming an “adult”. The influence of the fandom is far and wide, and there is no denying that it is going to remain that way for quite some time. Any fandom that has sprouted off of this universe is also, obviously, rooted for success. If you don’t know what we are talking about just yet – it is the film franchise Fantastic Beasts. We are here to talk about the upcoming Fantastic Beasts 3 in this article.

The Fantastic Beasts film series has managed to garner an audience of its own. Although it did come after the tremendous success of Harry Potter, this franchise has a whole fandom to its name. This could be attributed to it being a backstory of sorts to many of the characters and events that occur years later in the HP stories. The incredible cast and the overall aesthetic of the films are also contributing factors to its popularity.

You might be wondering why we are bringing this film series up now of all times. Well, we have our reasons. New information about Fantastic Beasts 3 is doing the rounds on the internet, and you know how we feel about this kind of development! We always strive towards bringing you the news first, and that is exactly what we will try to do this time over, too! But before we get into the details, we need to first look at where the franchise currently stands. For that, we would have to take a look at the last two installments in the series.

This is one film series that has seen its own set of ups and downs in the production area. Several impediments arose right from the pandemic to the recasting of one of the most important characters in the franchise. Nonetheless, all of this apart, fans are still hoping that they get to catch a glimpse of their favorite characters on the big screen once again.

Here is what has happened in the franchise so far:

Fantastic Beasts and Where to Find Them – where it all began

This is where it all began for the fandom. Fans of the Potterverse were ever so excited when news of there being a new fandom first came to light. Needless to say, when Fantastic Beasts and Where to Find Them first premiered in 2016, it exceeded all of our expectations and went on to become a massive success.

The storyline of the film sets the tone for what is to come in the franchise next. It follows the of a magizoologist called Newt Scamander and his strange adventures in America. The movie starts by letting us know that there is a newfound magical threat that is lurking upon New York City. Known as the Obscurus, this force is threatening to wreak havoc not only on the city but also on the world. Newt soon joins forces with two magical sisters and a muggle named Jacob’s to help find the magical creatures let loose from his case – somehow winding up getting involved in the previous much darker matter.

Fantastic Beasts: The Crimes of Grindelwald – where is the fandom currently at?

This is the latest installment in the series. Fantastic Beasts: The Crimes of Grindelwald came out in the year 2018, and it was even better than the last film – if you would have that. This movie brought about so many plot points that left the audience dumbstruck. The major one is, without doubt, the relationship between Grindelwald and Dumbledore, but even without that, the film made for a great watch.

The plot of Fantastic Beasts: The Crimes of Grindelwald follows a very young Gellert Grindelwald and his plans to dominate the world. His plans involve harboring an army of some of the strongest wizards and rule over all the muggles of the world. He is strong and intelligent, and no potential enemy is a threat. Well, except one. This film marks the beginning of the fated battle between Albus Dumbledore and Grindelwald – one that would be spoken about extensively for years to come.

Fantastic Beasts 3: what can the fans expect?

This is the third film in the series and probably the most anticipated one of the lot. This is due to several reasons. While the success of the previous installment can be zeroed in as the biggest factor behind the excitement, that is not all. The pandemic had put a stop to many works of entertainment. Production had taken a halt. Fans were ever curious to know what to expect and what not to. The health crisis had also made us realize the importance of entertainment. When all else failed us, we still had cinema to turn to. This franchise is one of the biggest in the world. So during this time of realization, fans turned their attention to the new Fantastic Beasts film.

The cast: are there any changes?

Apart from that, another issue also came up that put the entire future of the franchise in dire hands. Yes, we are talking about the case filed against Johnny Depp, who plays the role of Grindelwald in the series. In 2017, when it was made known that Depp was still part of the film, fans didn’t have it.

Following this development, Depp was dropped from the franchise. With a major member of the cast gone at this point in the series, fans were eager to know what would happen next.

A recast is obviously the only solution. But that taken into account, who exactly could potentially play the part of the antagonist as perfectly as Depp? We would have to wait to find out about details on this, but the unofficial word on the street is that there is also another popular face that has taken over this role on the sets. This might come as bad news to all of Depp’s fans, but this means the production is up and running. That, folks, is a great prospect for fans of the franchise.

The New Instalment: who is involved and who is not?

As mentioned earlier, Johnny Depp is out of the picture for all intents and purposes. Replacing him, we will see Hannibal star Mads Mikkelsen join the franchise. While many cannot picture a star other than Depp playing the role, we all know the kind of work Mikkelsen is capable of. If anyone can take this bad a situation and turn it around, we would trust it to be him.

So apart from this, who else is involved in the yet to be named Fantastic Beasts film? To the fans’ delight, a majority of the cast will indeed be returning. Other than Eddie Redmayne as Newt Scamander, we will also see the original cast of:

The screenplay will once again be written by J. K. Rowling, who is working alongside Steve Kloves. The movie is being produced by Rowling, David Heyman, Steve Kloves, Lionel Wigram, and Tim Lewis. The direction, as you might have already known, is being done by David Yates.

What to expect from the film and when to expect it?

The new film will obviously follow the aftermath of everything that had happened in the previous installment. Apart from this, the movie will also feature other important plot points to look out for. This time around, the premise of the movie will set in an era that comes long after the events of Fantastic Beasts: The Crimes of Grindelwald. The story also will be set in two fascinating locations: Rio De Janeiro and Germany. From what we know, the plot of the film will follow the involvement of the wizard in World War II. While this seems like an exciting enough plot, we cannot wait to see what this would mean for many of the characters and some plot points from the previous films.

As for the release date of the movie, the third installment is currently set to premiere on the 14th of July 2022. Of course, changes on this front can be expected due to the ongoing pandemic. That being said, even if there is a lag in production, it shouldn’t be by much since the situation seems to be somewhat in control.

All of the above-mentioned factors make the new Fantastic Beasts film one to look out for. There are several things that the audience would like to see come in July 2022. Will the film live up to all our expectations? Will the installment do justice to this franchise that has come to gain a special place in our hearts? We will have to wait till 2022 to find out!

Everything New Coming To Netflix In January 2021

Cobra Kai Season 4: Everything You Need To Know