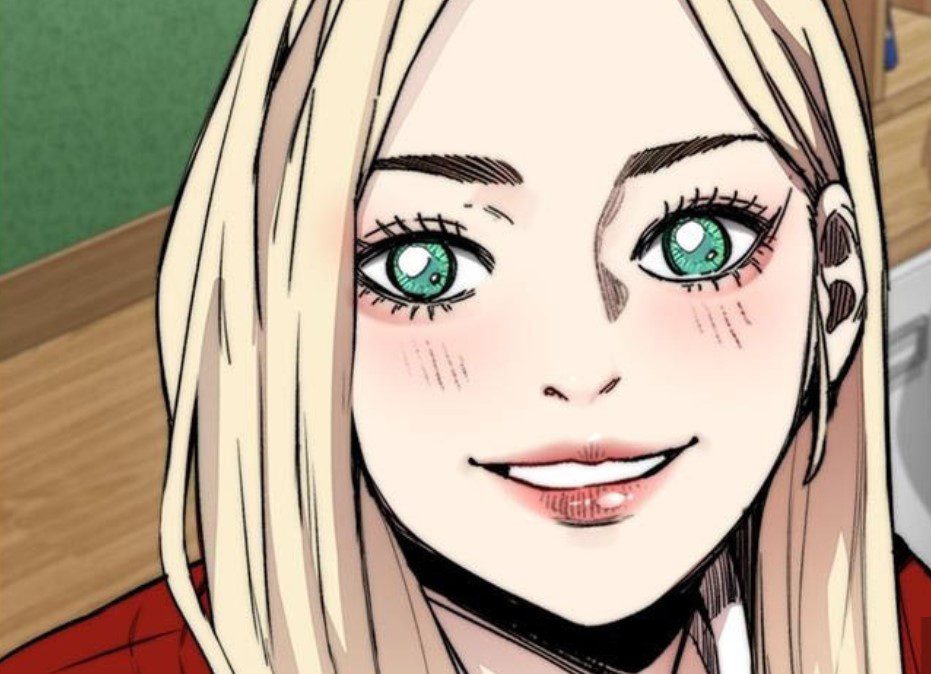 Wind Breaker Chapter 418 begins after Vinny the punisher reunites with the Hummingbird crew. But Vinny has received an interesting offer from the rich punk and has yet to abandon the Hummingbird crew. However, Manu has tasked his secretary to keep an eye on Vinny. The chapter begins at school, where Jay enjoys being with Shelly. Shelly talks about the future dream job, and Jay admits that he wrote that he doesn’t have one.

The guy with the weird face mask keeps an eye on Jay and Shelly. He realizes that Jay and Shelly have been together and wonders if there is a chemical reaction. The guy wonders why Shelly is always with Jay. Shelly reveals that she is yet to write about her future dream job and asks if she should write about Jay’s wife.

Jay notices that she is too close to him, which makes him nervous, and he wonders what he should tell Shelly. The punk watch over Jay and wonders why a bastard like Jay should hang out with a pretty lady such as Shelly, whom many boys admire. Shelly asks Jay if he is fine with her writing about Jay’s wife.

The punk believes that Jay is acting innocent in front of Shely, and he can prove it to the rest of the boys since he can let the boys’ honor get disgraced. He pulls out the gun from his pocket and decides to kill Jay. But the short pink German haircut guy confronts the guy after noticing something. 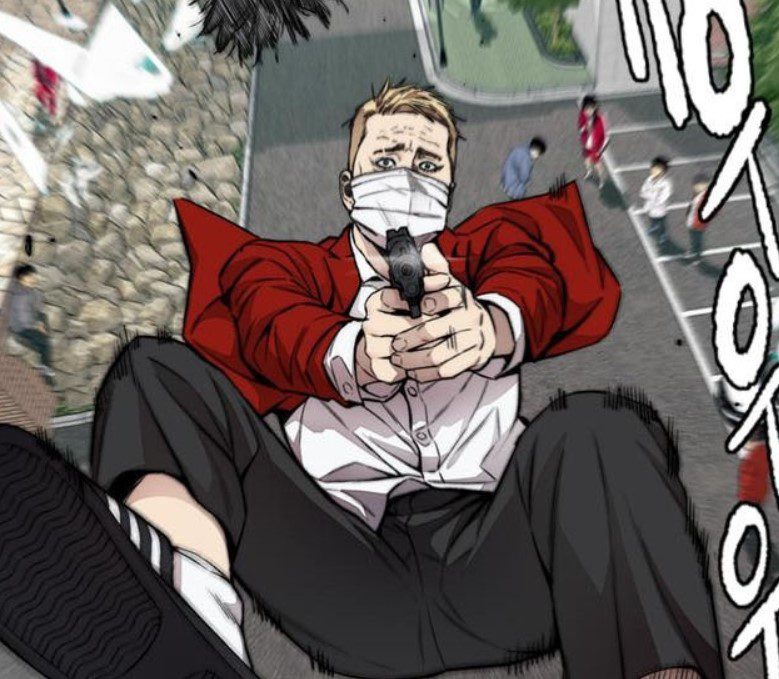 The punk realizes that he is caught and will get exposed and reveals that he has corona, so he can’t take off the mast and spread the virus. The short pink German haircut guy realizes that the punk is lying and tries to take off his mask. But the punk leans down and dodges. The punk withdraws his gun and decides to escape after killing Jay.

The punk wonders why Mr. Pink is interfering with his business. The students wondered who is that punk wearing a face mask. The punk gave up on his plan and flew since he could escape while running. He jumps off the window without knowing he will get hurt when he lands on the ground.

The short pink German haircut guy watches over the window and admits that the masked punk has guts. The punk turns around while he falls from above and reveals that he is from British Army’s special forces Unit: S.A.S. He tossed away the fake hair and pointed the gun at where he was coming from. 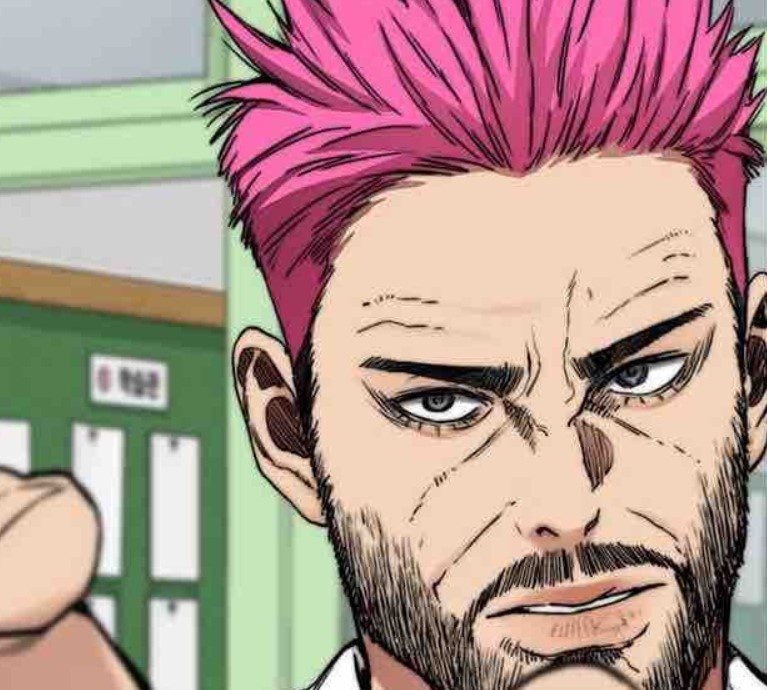 But the gun releases something like a rope that pins them to the wall, and he enters the lower class. The intruder has changed his appearance after getting inside the lower class. He is glad that he lands where there is no one and is revealed to the blonde guy. But he heard the girls talking and realized he had landed inside the girls’ restroom.

Wind Breaker Chapter 418 will be released on 15 November 2022. The punks hide, but one of the girls sees him and shouts that a pervert has entered the girls’ bathroom. The girl begins to beat the punk and receives orders to catch him. Later the punk meets with his father, who scolds and reminds him that he will send him to England. Check out Wind Breaker Chapter 418 updates.

You can read Wind Breaker Chapter 418 online on the official websites. Mr. Pink realizes that the punk is Mark Scott and Scot realizes that Mr. Pink is Ross, the guy who beat on the cycling challenge. It was revealed that Scot was Shelly’s father, and he wanted to scare Jay since he didn’t want to see Shelly with a boy. Scott learns that Jay is Ross’s nephew. Let’s meet after Wind Breaker Chapter 418 is released.

Also Read The Live Chapter 126 Release Date: The Chosen One Vs. Lord Metatron