The One Piece manga is progressing with Oden’s backstory with decent speed and we’ve been seeing a lot of interesting reveals in the story lately. The last few chapters of the manga have been nothing short of fantastic but the next one is what has all of us hyped up. However, we won’t be going into that for now and we’re going to discuss the events of the previous chapter here.

With loads of details in it, Eiichiro Oda made sure to put in some extra details in One Piece Chapter 965 and one of the most shocking ones was his introduction of the witch who foresaw Orochi becoming the Shogun of Wano Country. Not only did this witch see the future, but she also seemed to have been out of Wano Country, apparently on the run. Somehow, she got her hands on the Mane Mane no Mi, which is powerful Devil Fruit currently wielded by Bon Clay. 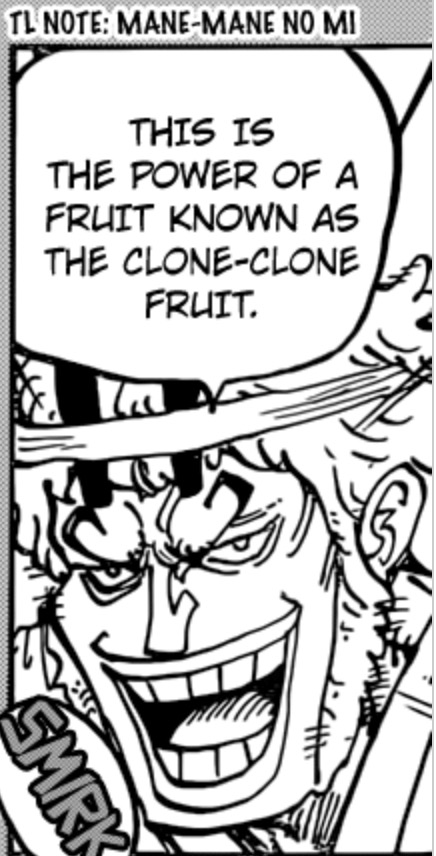 For those of you who don’t know, Bon Clay was Crocodile’s No.2 who helped Luffy during the Impel Down arc by taking him to Ivankov after he lost to Magellan. Ivankov then sacrificed himself to ensure that the prisoners escaped from Impel Down and he ended up in Level 5.5 of the prison from there onwards.

Interestingly, his Devil Fruit, which allowed him to copy any person’s appearance after touching their face, was in possession of the witch from Wano first. How she got this Devil Fruits remains to be seen, and we also don’t know how she ended up dying.

Either way, One Piece is certainly giving us more Devil Fruit who have had more than one users and it’s great to see!