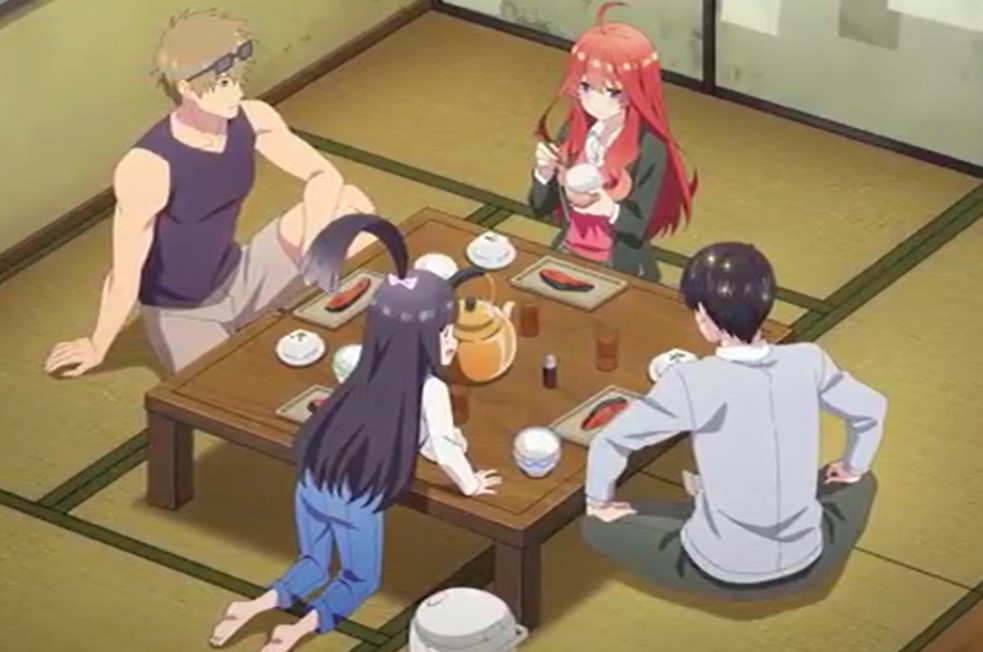 Futaro falls inside the pond and Nino notice that he is smelling which make her send him in her shower. She is also worried about why he was so gloomy, and she asks him to share what is bothering him. Futaro reveals he has met with a girl he met five years ago, and they both talk about what they are doing with their life. Earlier, Futaro met with a girl named Rena, and Futaro did not want to see her because he is not yet successful in life.

He told Rena that they don’t have to meet now; they will meet later on the day they have promised each other. While he is leaving, Rena grabs Futaro by his hand and tells him to row a boat with her. They both get inside the boat, and Futaro watches her beauty as he rows the boat. Rena notices that and realizes that she has to say something since he is just looking at her. 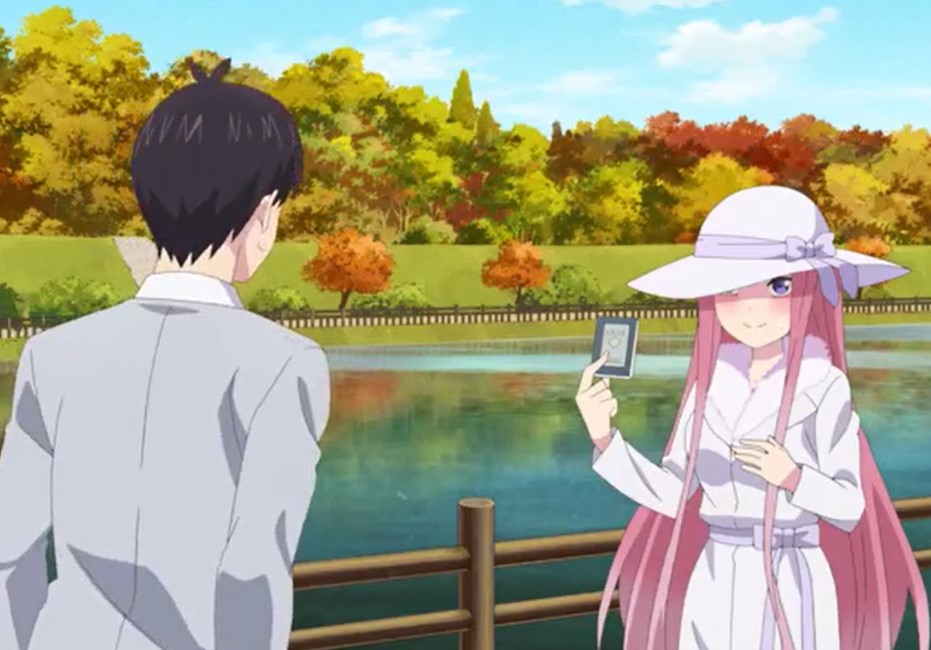 Rena said Futaro is smart, and she does not care that he is a tutor, and she asks him to tell her more about his tutoring life and the girls he is busy with. Futaro doesn’t know her real name, and she told him that she is Rena. It has been five years since they last met, and Futaro asks her why she is here; Rena said that she is here to see him. Rena is glad that Futaro is studying hard and he is the top student in his class, and Futaro started answering the questions she asked earlier.

Futaro reveals that he is teaching his classmates they are quintuplets. The problem is that they are all idiots, and the eldest is an idiot chasing after her dream. She is not expecting anything more, and she is focused but also an idiot. The second sister is a family-obsessed idiot. She is protective of her sisters, and she is quick to lash out, but she is stupid. The third is an idiot with self-esteem issues, she was glum and listless when Futaro met her, but now she is more vibrant and stupid.

The fourth is a meathead idiot who is enthusiastic and dependable. She is the one that troubles Futaro a lot, but she is also stupid, and Rena concludes that Futaro is dealing with a bunch of stupid idiots. The youngest sister doesn’t get along with Futaro, but she is capable. Futaro doesn’t want her ability to go to waste, and Rena realizes that if Futaro studies her well, he might conclude that she is on the list of stupid idiots.

Rena comments that Futaro is someone who is needed now. Futaro replies that Itsuki said the opposite thing to him, and he realizes that he told her that he should never have come to their life. Futaro said that he has not changed after everything that has happened. Rena said that she thinks that she will get out of Futaro’s life if she is tying him down. Rena gives Futaro his diary and left the boat, but she refuses to give him their childhood photos. 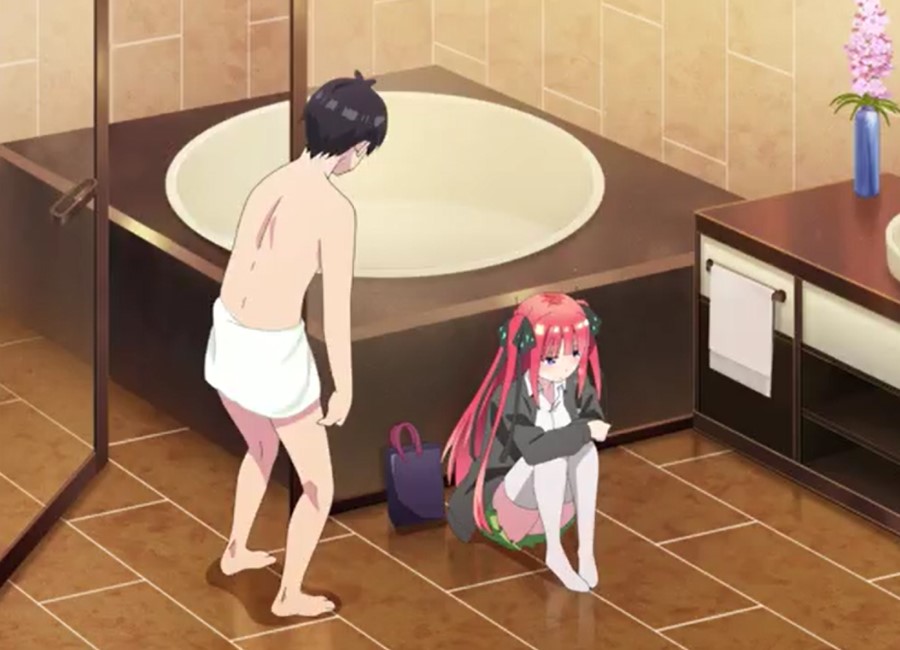 She said that it is because she is not going to see him again since this is their last meeting, and Futaro asks her to explain. She threw something at him and told Futaro that to open it once he learns to accept himself. When he tries to chase her, he falls inside the pond and watches Rena telling him goodbye. Back to the present, Futaro said that is the end of his story, and he gets out of the shower, saying he is sorry to bore Nino with his story.

He is surprised to find Nino crying, and he asks her why she is crying. Nino said that Futaro has like Rena for five years, and he lost her in seconds, and she finds it sad. They both console each other. Nino said at least there is someone who likes an insensitive guy like him on this planet. Nino looks at Futaro and yells, why is he coming out of the shower like that. Futaro replies that it doesn’t matter since they have both seen each other naked. Later he enjoys eating dinner with others and helps Nino get along with Itsuki.

With all of the above recent developments, what we have for you this week until the new episode is released. Stay tuned for more updates. You can also check out: Quintessential Quintuplets Season 2 Episode 3.