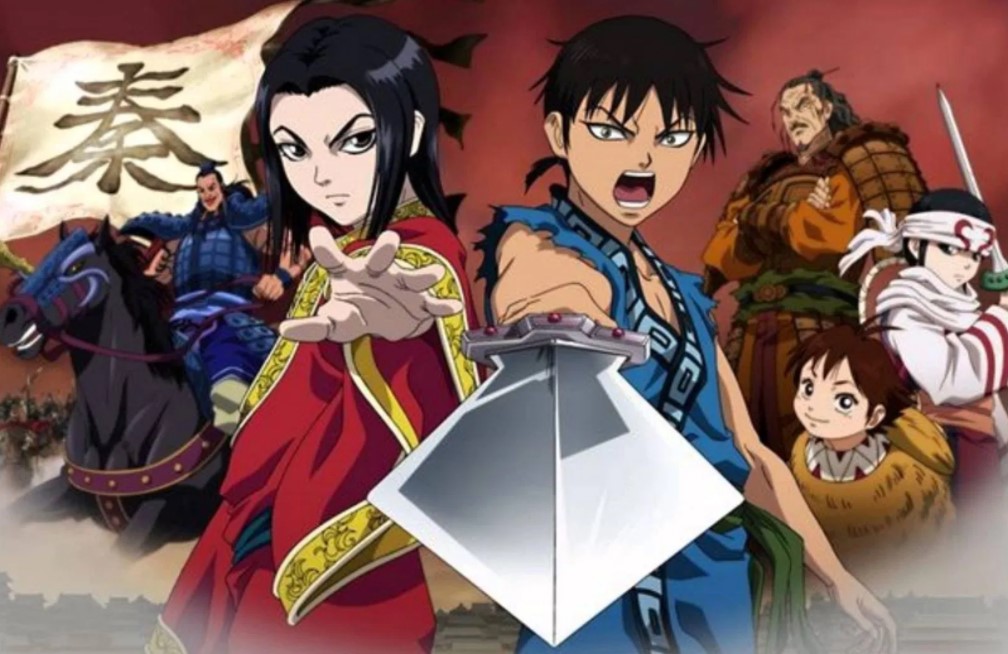 At the woods, the soldiers heard the To-n Tan- Tan. They realize that it is Kyoukai and she started slaying the enemies while sending them flying. The enemies are surprised that she is single-handedly whooping them out. She yells that she won’t let anyone escape later they notice that it is someone else who he dressing like Kyoukai. It has been revealed that it is Kuku who said they must hurry up and take her to her junior Kyoukai.

Meanwhile, Kyoukai senses the presence of someone she thought that it is Houken or Yuuren. She then realizes that it is none of them and she decided to get out of the bed since she is not doing well. Outside the soldiers welcomes Kyou Rei. Kyokai get outside and started asking why Rei is here. Reis replies that it has been a long time while at the battleground Ka Ryo Ten is glad that Kyoukai is here to help them.

Kingdom Chapter 665 will be released on Sunday, 27 December 2020. This Manga releases a new chapter every Saturday or Sunday if it gets delayed. The last chapter of the Kingdom was delayed it may happen to the next one. Let’s find out more about Kingdom below. 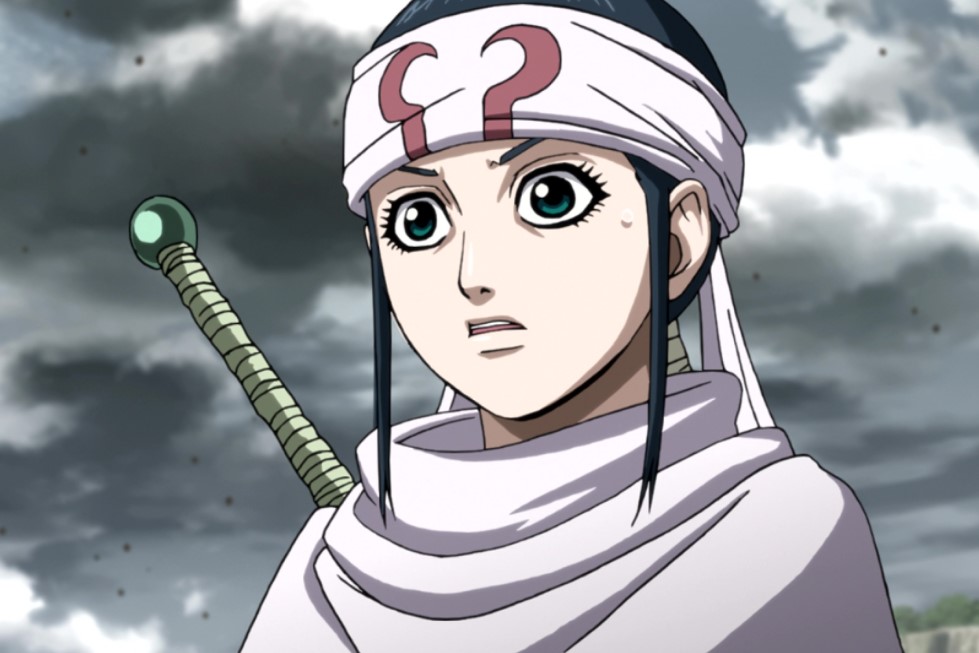 Ri Shin asks if it is true that Kyoukai’s friend has shown up during the battle. Kary Ten said that it is true and the soldiers won the battle because of her. Ri Shin is wondering why Kyoukai never told him about the arrival of her friend. While they are ridding on their horses they saw a group of people. On the other side, the soldiers are comparing Kyou Kai and Kyou Rei. They think that they have the same figure and they are impressed that Kyou Rei manages to take down close to a hundred men by herself.

Kyoukai started asking her why she is here and how did she manage to reach here. Kyou Rei replies that she is telling her things that don’t make sense. Kyoukai is worried about why Kyou Rei has left the village. She is also worried about Kyou Shik. Kyou Rei reveals that it is a rule that, only the winner can leave the Shiyuu Tribe. She thinks that few people have broken that rule and Kyoukai is wondering what Kyou Rei has done during the ritual.

Some soldiers are happy about it but some said that she must be related to Kyoukai it doesn’t mean she has to be carried away. They reveal that they will decide whether she is going to join them or not and some think that she must join no matter what. They defend her that she is strong as Kyoukai. Bihei agrees with the idea and asks Kou if they are right and Kou agrees that she must join them.

The soldiers started an argument about whether she should join them or not. Some men are just worried that she is stronger than them and they think that she is boasting about it. Kyou Rei continues to tease them, saying that they pretend warriors they must not worry about anything. Kento tells her to stop speaking to the infantry commander in that manner. Kyou Rei asks him not to yell at her like that and he is a small fry that she can kill in a second. Kanto fires back that she is a little damn brat.

They ask both of them to stop it and Kyou Rei continues that he is a brat too. Kyuokai asks Rei what does she want and Kyou Rei started to explain the long journey she took to come here. She said that she was feeling lonely and she just come here to help they must not be suspicious of her. Kyoukai ask her if she really wants to join the Hi Shin Unit. Kyou Rei said yes and it will help if she joins and if she wasn’t there more soldiers would have died.

Kyoukai tells her to wait until they discuss whether she joins or not. Kyou Rei said if they refuse her to join is he allowed to kill all the men around her. The soldiers started to wonder if Kyoukai will come back with good news or they are dead. The trio started talking about the matter, it is Karyo Ten, Kyoukai, and Ri Shin talking about the issue in private. Kyoukai also reveals how Kyou Rei was placed under the custody of Kyoukai’s Unit.

Kyoukai explains about the past life of Kyou Rei and how she went under a trial period to see how she would work with men. She also explains how she defeated the enemies and save them from death and other retreats during the battle. After winning the battle the Ryuuyuu squad moved on to aid the Sugen squad in taking control of their side. The infantry was able to secure their first come back victory after so many defeats.

The soldiers also look at her past and find that they can’t let a person like that join their Unit. The next day the infantry fight in the forest once more. Zhao brought twice the number of soldiers they had previously. Kyou Rei kept on sweeping the enemies like never before and they are still deciding about her joining the Hi Shin Unit

Read Kingdom manga available on Weekly Young Magazine, so you can support the creator by buying the magazine. We highly advise you to support the official release as it supports the creators. You can read the recent updates of Kingdom last chapter here Kingdom Chapter 664.