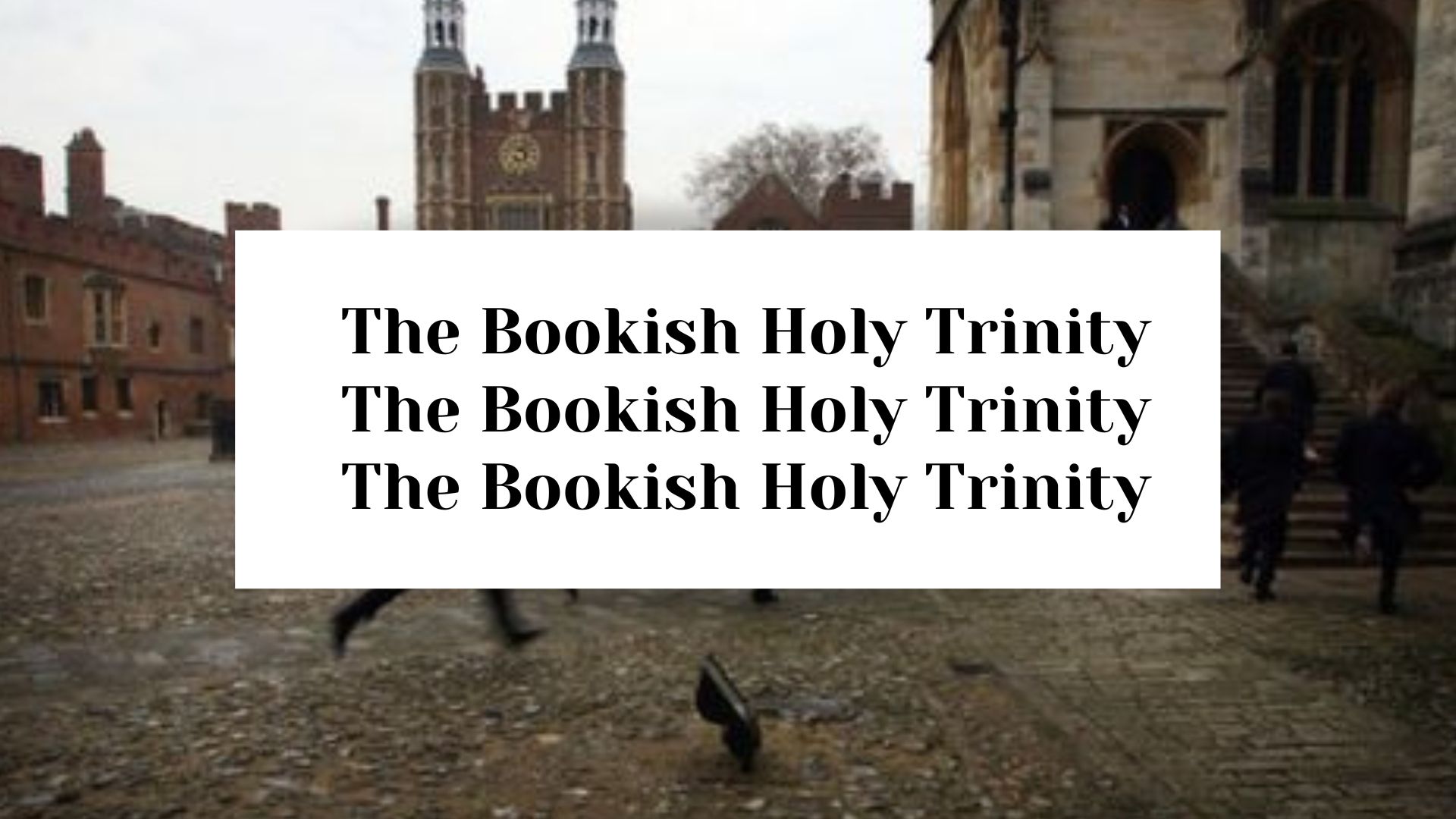 It’s fall time, and for readers, it means it’s time to bring out the bigger guns: our pretentious dark academia books and journals filled with unfathomable thoughts. We are now moving on deeper into the dark academia and LGBTQ+ novels, so we would like to bid a proper goodbye to the books that made us who we are today.

These three books have no relation whatsoever to each other, but these three books make a bookish holy trinity. From the writing style to plot, to characters, to gripping narrative, to the quotes that are now imprinted on our souls, these three books are the most significant books for us.

This year, we made a promise that we would read more books and expand the genres that we chose. So, we had to begin from the beginning, the OG, the real, the best books ever written. We are talking about the books that will haunt you for days. Our Holy trinity includes If We Were Villains, The Secret History, and The Song Of Achilles.

If We Were Villains by M.L. Rio

Starting with our favorite, If We Were Villains by M.L. Rio perfectly captures the beauty of passionate young souls studying Shakespeare at an elite arts college, making us desperate to run away from our daily life and learn French at 3 am. The book is so beautifully written; it gets us hooked from the beginning when we learn that Oliver has served ten years in jail for something he might or might not have done. And at the end of the book, we are delusional, so we’d just like to pretend that “that” didn’t happen.

M.L. Rio, what should we do with ourselves after reading that ending? A murder, a group of young actors, and the biggest acting challenge these students will ever have to face: who’s to blame? We wish we could talk about the ending, but it’s so good that we don’t want to spoil anything. Some of our favorite quotes from the book are “You can justify anything if you do it poetically enough” and “For someone who loved words as much as I did, it was amazing how often they failed me”. Well, as a writer, we certainly agree with the latter.

The Secret History by Donna Tartt

Moving on to the next book, The Secret History by Donna Tartt, a book that was written in 1992 and is one of the OG dark academia books. The book follows a group of students at an elite New England college who get caught up in madness and obsession, leading to their corruption and evil acts. The students lie, plot, plan, and do everything a student mustn’t do. But when the pain and reality go out of hand, they face the consequences of things they hid so well.

The book is thick and character-driven, so it takes its sweet time before picking up the pace around the fifth chapter. Part two of the book is so ugly and real that you will be caught up in their madness and the way their minds work. Like Donna said, “I felt my existence was tainted, in some subtle but essential way”; indeed, the characters proved it to be true.

The Song Of Achilles by Madeline Miller

Lastly, The Song Of Achilles by Madeline Miller is also the saddest book that BookTok and the book community went crazy over. This book might have been predictable after a point, but the poetic writing style kept us hooked. Achilles and Patroclus forge an inseparable bond and fall in love, but their tragic story ends when their duty calls them. Achilles joins all the heroes of Greece to lay siege to Troy when Helen of Sparta gets kidnapped.

Patroclus, torn between his love and fear for his friend, follows him, but they are unaware of what fate will do to them. It might have been stupid what Patroclus did, but maybe that’s what love is all about. It drives you to do crazy things that you wouldn’t have thought you’d ever do. The ending was sad, and as Miller rightly said, “He is half of my soul, as the poets say”; this book really is half of the many bookish souls.