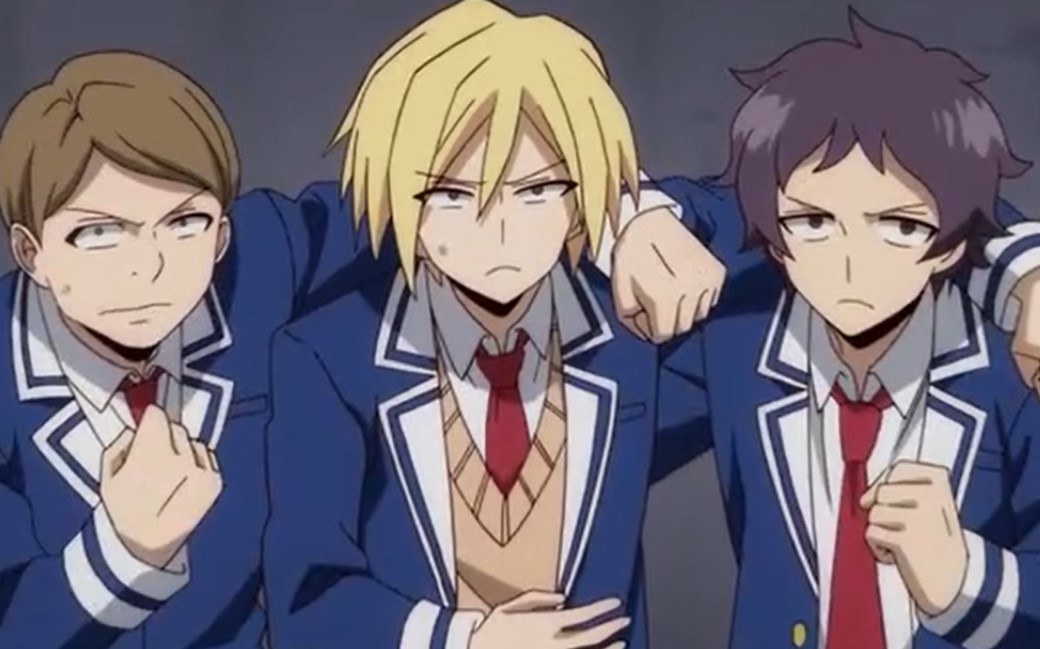 After discovering another student killed, the students have gathered, and Nana thinks that there is another murderer besides her. The students find out that the victim is Ryuji Ishii. Kyo reveals that he had examined Ryuji Ishii before Nana got here, and his throat was cut. There was a stab wound on his back, and Kyou asked Mogou what he was doing last night. Moguo got surprised, and Kyou said Mogou’s room is next to the crime scene.

Kyou asks if Mugou didn’t hear anything, and he said no and points to the trio that he was hanging with them last night. The trio reveals that Mugou was giving them a needed pep talk. Moguou said that he was giving them all an inspirational speech. Moguo’s Purple-Haired Henchman said that they started after the funeral and Moguo’s Henchman B said it lasted five hours.

Talentless Nana Episode 12 will be released on Sunday, 20 December 2020, at 9:30 PM JST.  Talentless Nana will release its new episode every Sunday. Make sure to convert the above time to your local to get a new episode as soon as it is released. Enjoy watching Talentless Nana on Funimation. Let’s take a look at the recap and preview below.

Moguo’s Henchman C said that they all sat on their knees the whole time. Muguo is disappointed with his Henchman that they can’t cook the story nicely. Michuri asks if it is the Moguo Vanity Recital she keeps on hearing about. Kyo asks if they were so drunk making noise and couldn’t hear the murder happening next door. Mugou apologizes that they couldn’t hear a thing and they know nothing about the murder.

Kyo asks the Henchmen if they didn’t hear anything through the wall. The other said he was asleep; the other one was focusing on Mugou’s speech. Kyo thinks that it means Ryuji was killed after Mogou’s speech. He asks the trio what their talents are, and Muguo interferes, asking if Kyo is suspecting them. Kyo reveals that it is possible that Mugou and his Henchmen are all in on it, and they are trying to cover up the story.

Muguo gets angry, and Nana tells Mugou to allow Kyo to continue until the end. Mugou agrees, and Henchman B reveals his talent. He can impersonate the voice of everyone and sound exactly like them. Henchman B mimics Nana’s voice, saying that ” My name is Nana Hiragi. I think Mpguo is a hottie.” Muguo comments, ”aw, shucks, you’re embarrassing me.” Henchman B keeps on reporting it, and Kyo gets bored, and he stops and reveals that for him to stop, he has to repeat the last thing he said.

That is when he went to the bathroom, and nothing came out since he was astral. Since now his mind is back, he can go to the bathroom, and Kyo allows him to go since he can’t hold it in. Moguo’s Purple-Haired Henchman reveals his talent by touching a watch, and it got stuck in his hand. He then reveals that he can turn his body into a magnet. Nana realizes that he can draw two metallic objects together or split them apart.

Kyo asks Moguo’s Purple-Haired Henchman that it means he can theoretically control knives. Nana interferes and asks Kyo if he is sure that the murder took place last night. Kyo said yes, revealing that Ryuji was at the mass funeral last night. This morning when his girlfriend came to walk to school with him, he was already dead. Fuko Sorono is Ryuji’s girlfriend, and she is also inside the building. She introduces herself to all the students inside the room and explains her relationship with  Ryuji.

Kyo gets deep into the case to find out the culprit and ask Fuko to show them her talent.  Fuko said that she is afraid that it might hurt everyone since she can channel the atmosphere into offensive attacks. Nana decided to help find the culprit secretly. She notices that Michiru is inside the shower and decides to search for clues inside her room. Jhin showed up and said he is disappointed that Nana is suspecting Michiru.

Wait until next week for more updates about this Anime; it is only just a matter of seven days. After that, we will be hit again with the latest development of the upcoming episode. For today that what we have for you up above.  Talentless Nana is also available for you at AnimeLab.