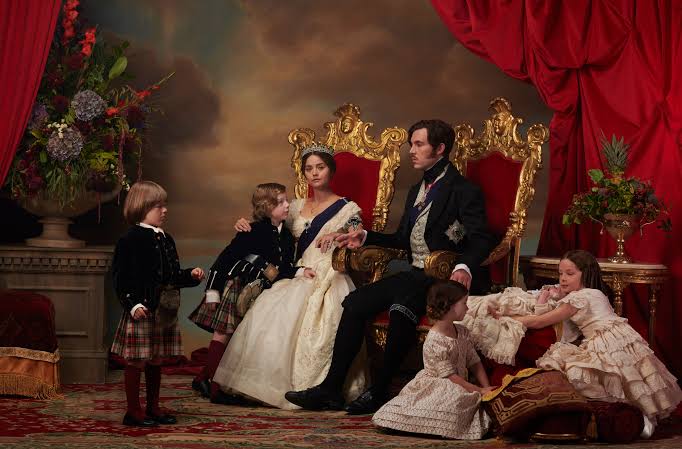 The third season of the British historical television drama series, Victoria, premiered in the US and UK in 2019. Since then, the loyal viewers of the show are rooting to get another season. Created and co-written by Daisy Goodwin along with Guy Andrews and Ottilie Wilford, the show first hit the silver screen on August 28, 2016, on ITV in the UK with eight episodes. The show Chronicles the early life of Queen Victoria, from her ascension to the throne at an old age of eighteen, to her love life and marriage to Prince Albert. In this article, we will be discussing the release date, cast, and spoilers about the fourth installment of Victoria.

Spoiler Alert; Proceed with caution and at your responsibility as this article contains spoilers about the upcoming season, and if you do not wish to come across any, please avoid this post.

When is Victoria Season 4 release date?

Victoria Season 4 is expected to release in 2020, although there is no official word on the season 4. The series premiered in the United Kingdom on August 28, 2016, on ITV and in the United States on January 15, 2017, on PBS. The second season they premiered in 2017 in the UK and 2018 in the US, while the third one premiered on January 13, 2019, in the US, and on March 24, 2019, in the UK. Although there is no official date of release of the fourth installment of Victoria, we are sure that the fourth season is in process and should be hitting the TV screens by the end of this year. However, due to low ratings of season 3, the making of season 4 might be canceled. Who knows what will happen next? So keep your fingers crossed.

Whom will Victoria Season 4 Cast?

Although the cast hasn’t been confirmed yet, the fourth season might be starring Jenna Coleman as Queen Victoria, Tom Hughes as Prince Albert, Laurence Fox as Lord Palmerston, Kate Fleetwood as Feodora (Victoria’s sister) and John Sessions as Prime Minister, John Russell in lead roles. Daisy Goodwins, while talking about the show in an interview, has indicated a death sequence in the upcoming season and a story making the fourth season the darkest season of all.

The trailer of Victoria Season 3

What is Victoria Season 3 about?

Set in 1848, the third chapter of the lavish drama, Victoria, portrays a turbulent and uncertain time for both Europe and the monarchy. At the beginning of the season, Victoria had six children with Albert and was about to turn to 30s, whipping hardships from their married life. However, as the season progressed, these difficulties faced undulation. With the sudden arrival of Queen Victoria’s estranged maternal sister, Princess Feodora, at the palace, the relationship between Albert and Victoria begin to foul. The story showcased Victoria’s political relationship with Lord Palmerston, who tried to undermine her throughout the season. At the same time, Albert puts efforts to find his place, concluding in The Great Exhibition of 1851, always trying to mold his eldest son into a king.

Daisy Goodwin, who’s a writer and she is really energetically about the arrival of the show for a fourth arrangement; however, she has uncovered there will be a demise. Many are theorizing that it will be Prince Albert, as he didn’t live past the age of 42, and in season 3, he is matured around 30 to 31. Daisy disclosed in an interview and stated that she is chipping away at arrangement four right now and that will be a flat out humdinger, she also said fans may bite the dust in it – spoiler!

In this way, that is going be an extraordinary test and will be an astonishing, great story. Someone kicks the bucket, and another person goes ahead of the scene, so there is a great deal to play with there. I’ve truly got again into it and am truly appreciating composing it. The show had generally begun in August, however, in 2019, it broke that pattern by beginning in March.

In light of this, the new arrangement of Victoria Season 4 will come back to our TV screens in late-2020. Beginning in 1848, the third portion of the luxurious show delineated a fierce and dubious time for both Europe and the government. With insurgencies on the landmass and the Chartist development arriving at its top in London, Victoria was feeling the squeeze from the legislature to leave London for her own security and went to Cornwall. Upon their arrival, and with the appearance of Victoria’s offended sister Feodora Victoria and her better half Prince Albert saw their marriage put under tension, and began to float separated.

Fortunately, they got through with Victoria supporting Albert’s task to construct the Great Exhibition in Hyde Park. This arrangement additionally observed a flare-up of cholera clear across London murdering thousands, including the Queen’s cherished Head Dresser and compatriot Nancy Skerrett. Another appearance to arrangement three was Lord Palmerston, who has spent the whole arrangement attempting to undermine the Queen.

What to Expect from Victoria Season 4?

As the third season of the series ended with Prince Albert dramatically collapsing to the floor of Buckingham Palace, the door for the release of another chapter of the show, Victoria, has been left wide open. By this scene, Daisy Goodwin might be hinting at his death, but that suggests something contrary to the real-life history as Prince Albert should die not before 1861, which is ten years after in the show. There is a possibility that the show will be leaping, within which Victoria’s final two children, Prince Leopold and Princess Beatrice, will be born, and Lord Palmerston will become the Prime Minister. There might be the outbreak of the Crimean War in the show too. Sources indicated that Coleman and Tom Hughes might abdicate their roles and hand on their characters to older actors as they are too young for upcoming events.