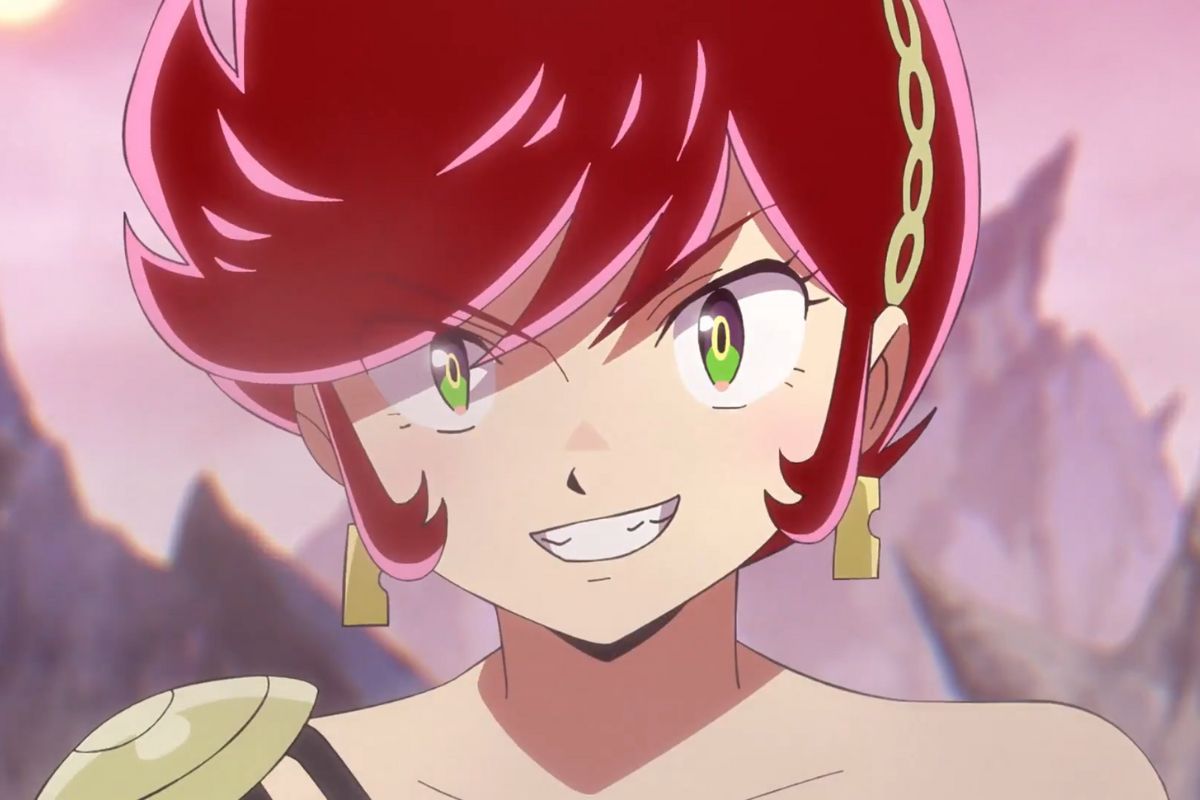 Ataru and Lum have an adventure waiting up ahead! An Annual event hosted on Lum’s planets sends an invitation to earth. A battle royal! or some other funny, unpredictable event that will it be, we will find in the next episode A Good Day for Departure. Before we discuss this any further, here is a synopsis for Urusei Yatsura.

Earth as we know it is attacked by some alien forces, they want to invade and rule over the earth, and there is only one way to avoid conflict. That is a one-on-one match between representatives of each race. Ataru Moroboshi is a normal but perverted high school student and the one who was drawn as the champion to compete.

The competition was a game of tags, and his opponent was non-other than the daughter of the King of alien forces, Lum. He defeated her, and she proposed marriage as a reward. Now Lum is his bride, and he seems not happy about it. The story of a perverted boy and a devoted alien girl’s love relationship is also quite fun to watch.

The next section is a go-through of the preview episode, so if you know about it already, skip to the next part for release dates and times. 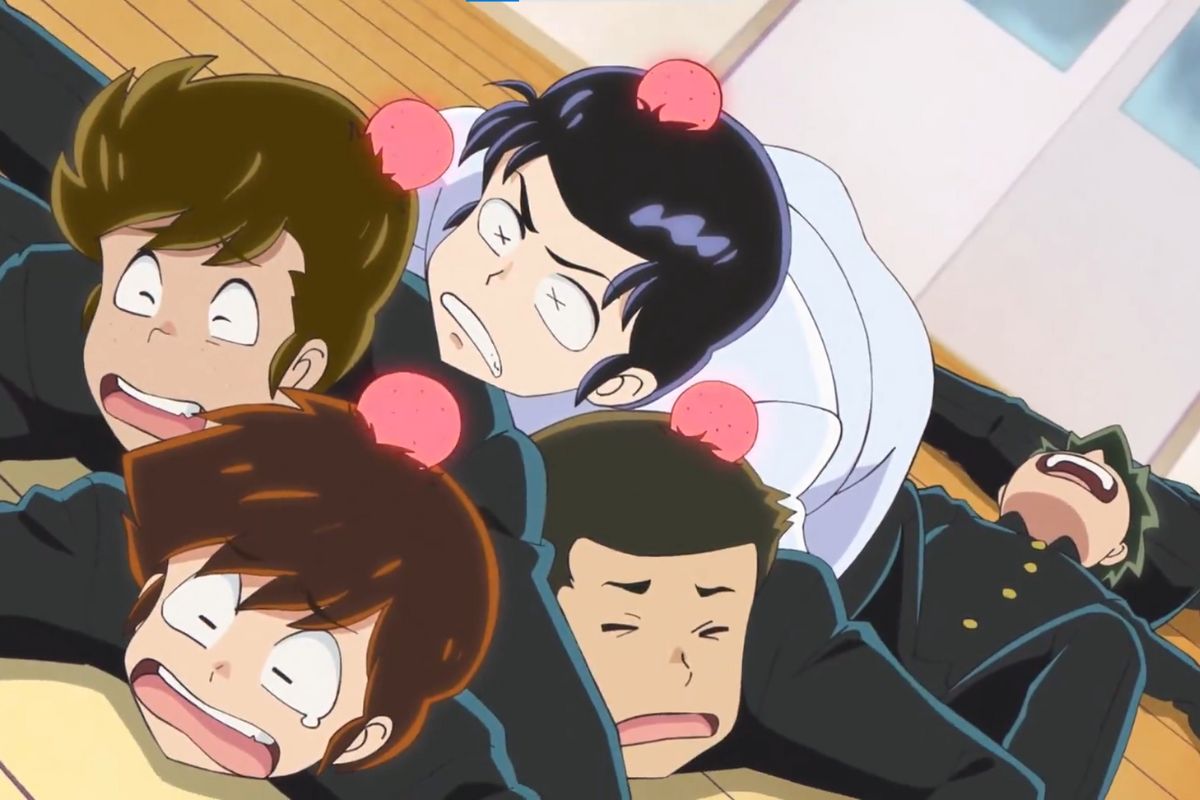 Episode Title: The Grove Of Love And Conflict!

Sure it was not what we all expected, but it was fun! In episode 5 of Urusei Yatsura, we encounter a pair of cursed gloves that were cured with the spirit of a lonely yet powerful boxer. He was once a renowned boxer yet personally lonely; therefore, his gloves tend to attract people one glove and punch them another.

Unfortunately, due to some circumstances, gloves are now in Ataru’s hands. He is grabbing and punching everyone and anyone in his proximity. But when it comes to cute girls, he made himself a wall to protect them from himself and, in the end, pounded himself. The curse was released soon after.

Then began the game of jealousy. Some classmates of Mandou were jealous of him, and Ataru of have girls all around them and planned to kill two birds with one stone.  They wrote a love letter to Ataru from a non-existing girl. They also say bad things about Mandou in it.

Mandou said no girl exists that may like Ataru and not him. All this resulted in a bet between both of them. Lum as a devoted wife, helped him to win the bet, which strengthened the bond between them. The episode ended there with a lovely sweet ending with Ataru and Lum holding each other’s hands. 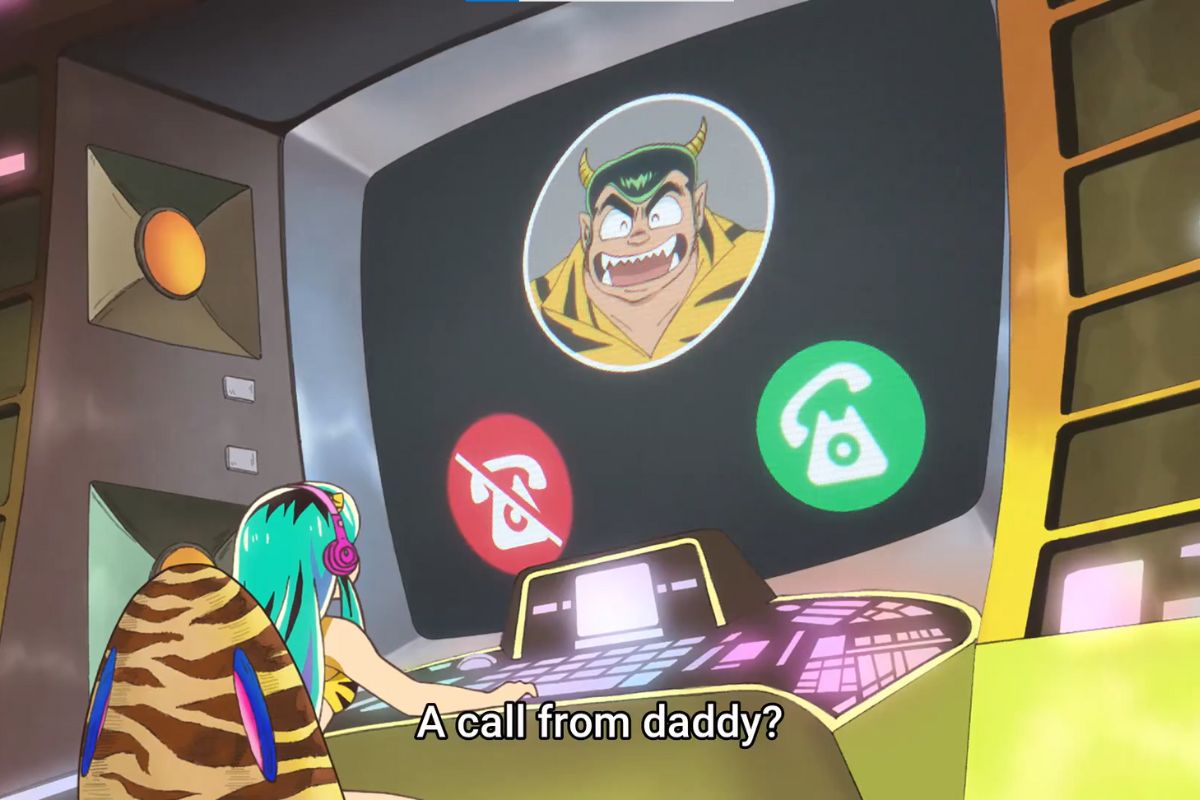 We are showing some information regarding the upcoming chapter. You can find out what to anticipate from Urusei Yatsura (2022) Episode 6 in the section below.

A call from outer space, precisely from Lum’s planet, an invitation for the annual celebration, and Lum is pumped for it. We also saw a red-haired woman, who might be Lum’s sibling, with her crew on their planet. All we can say is that an exciting episode is waiting up ahead.

Urusei Yatsura (2022) Episode 6 will be available on many Japanese broadcasting channels on Fri, November 18, 2022. It will also be available worldwide to users on anime streaming platforms like Crunchyroll and Animixplay. You will find all the latest chapters of all the mangas available here to watch for free.

ALSO READ: What Episode Does One Piece Animation Change? The Good Becomes Even Better