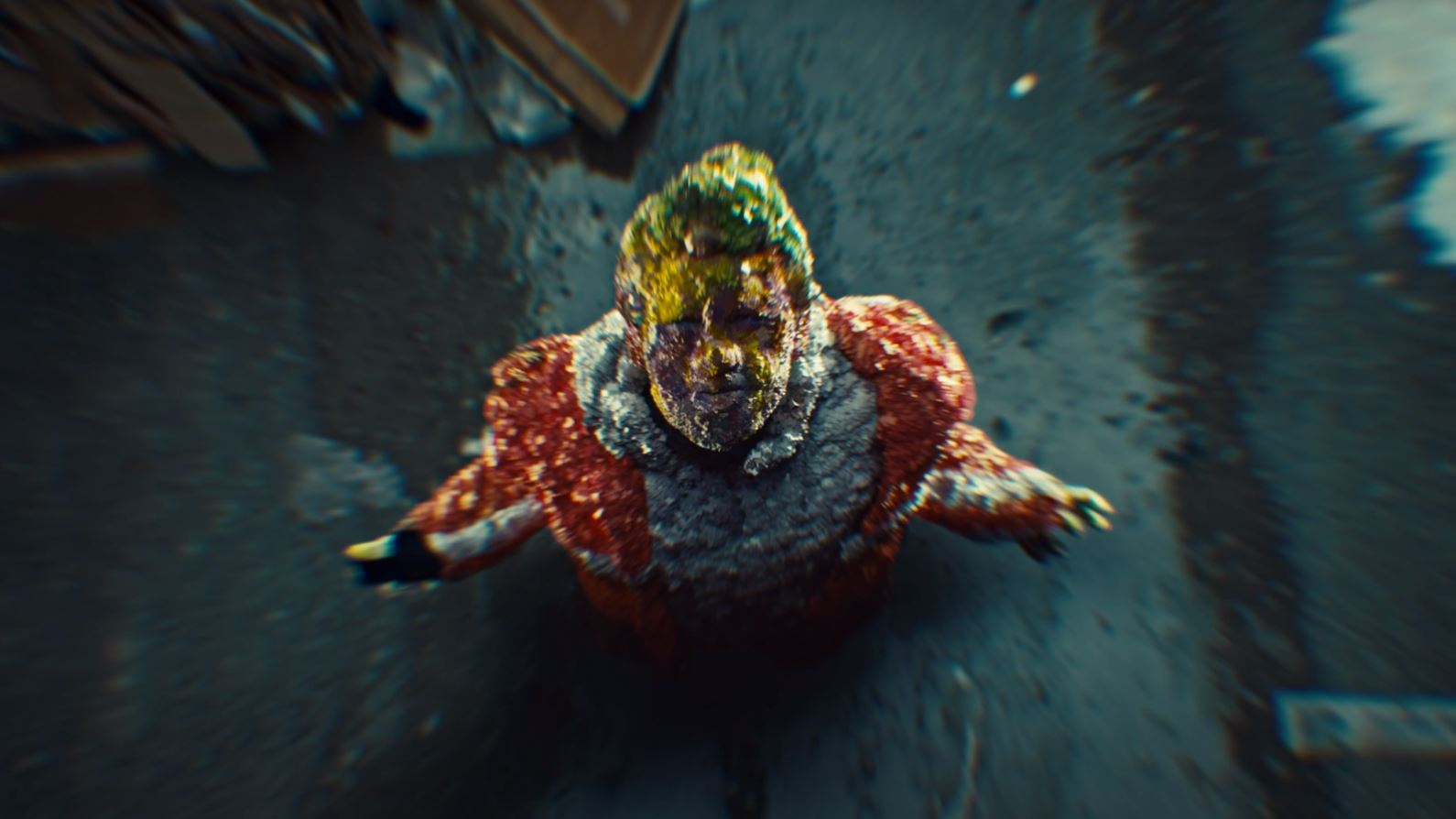 This week’s American Gods Episode titled ‘The Unseen’ is quite fun and interesting as it reveals a few things. Portraying a much story-driven plot, this episode starts off with a powerful scene of the Founding Fathers. They created the land-based on liberty and freedom but were in debt. They were to be rich in cotton thus, they started exploiting the founding principles. This event saw the beginning of slavery in the United States, which soon dug deep into commerce, money, and capitalism. The Gods did not abandon them as they came to introduce themselves to the slaves. The Orishas comforted them, among which was Oshun, the God of Fertility who later appears in the episode with Bilquis.

Chango uplifted the downtrodden people in one of the best opening scenes in American Gods this season. As it was one of the best in the way, it was shot, which was very heavy in subject nature. The Gods let them know that their tears will guide them, and they will not be abandoned. 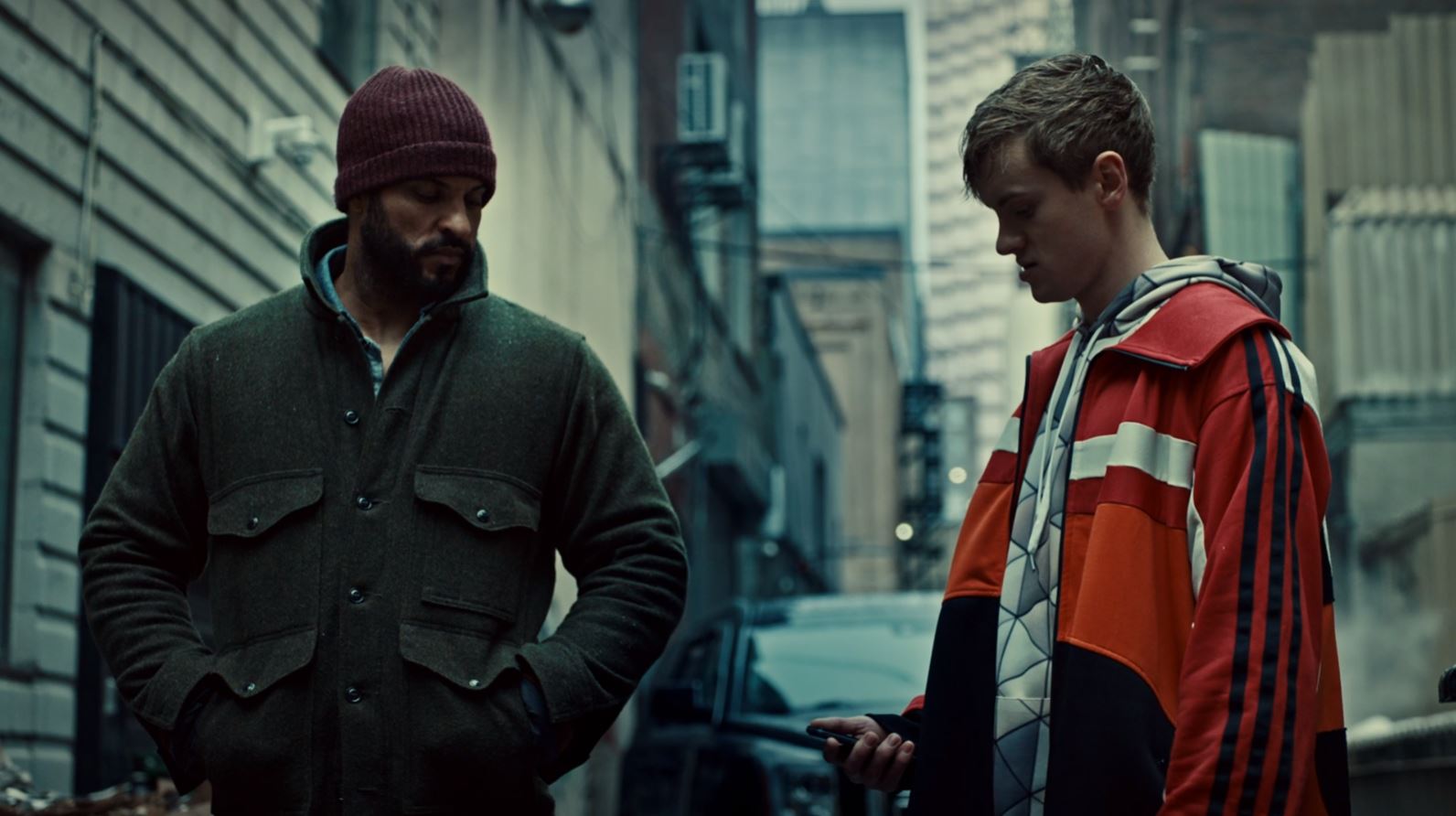 We pick up from last week’s American Gods as Shadow Moon goes to Bilquis’ apartment to discover she was missing. But there, he meets up with Technical Boy for the first time after he tried lynching him. Techno Boy seems to have come to get Bilquis on the New Gods side and failed. And while Shadow Moon interrogates him, we understand that he was left in a terrible state. Bilquis had messed him up as he was malfunctioning and glitching all over. Bilquis’ disappearance was linked to the IT CEO, Bill Sanders. This meant that his security team was able to locate him and, as he was missing, took Bilquis away.

Bilquis is taken to a Server Farm for interrogation, where she is watched over by the security. While Shadow and Techno Boy have the idea to intercept Sanders’ relative, who would have his security details. Techno Boy plays out the messages that have been received, to access Intel on locating where Bilquis was kept. Bilquis was integral to both Shadow Moon and Techno Boy. Shadow sees her as a way to find out the meaning of his dreams and heritage. While Techno Boy was affected by Bilquis in some way and wants her to reverse it. 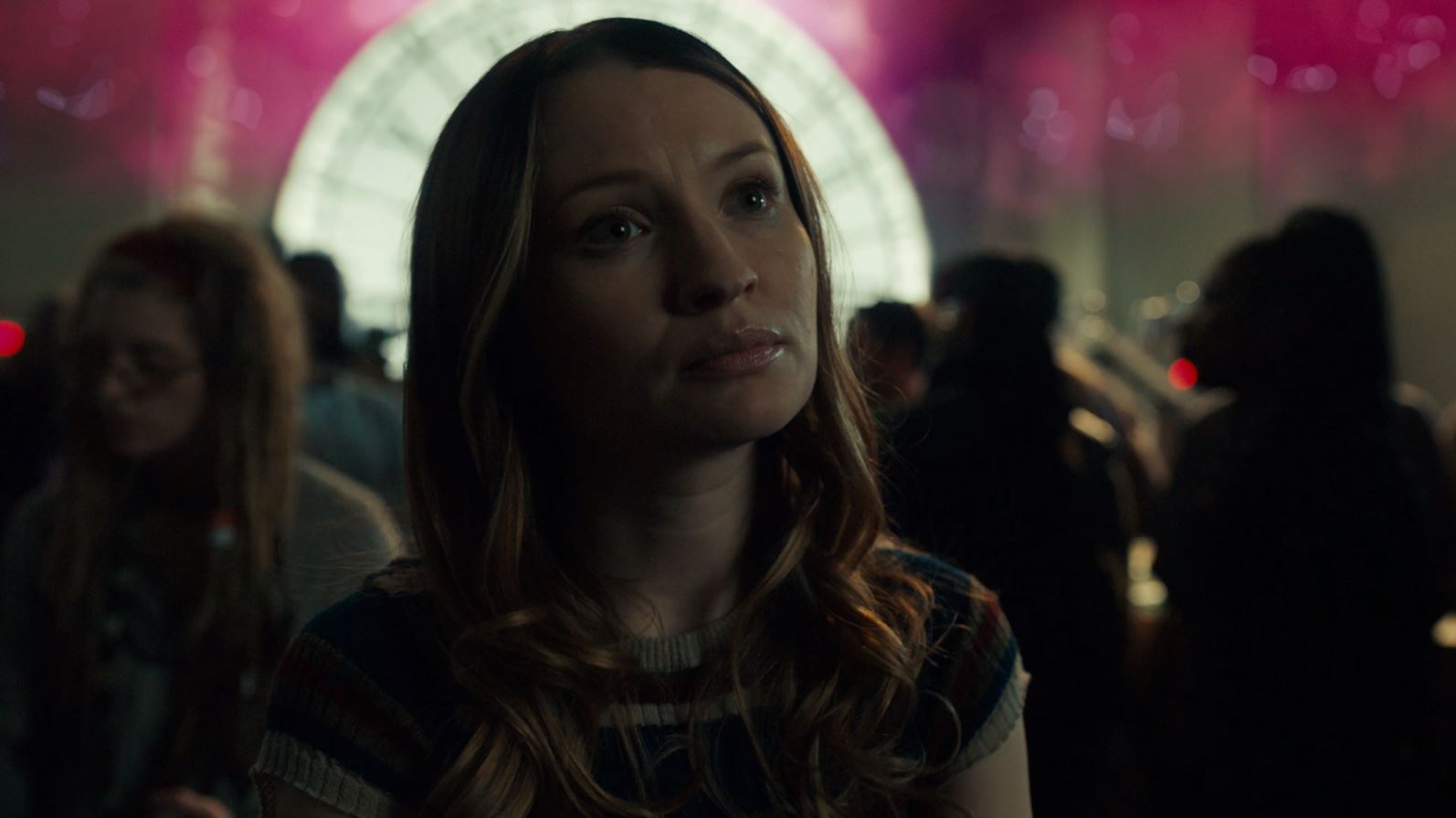 Laura Moon tries to find out something regarding the song.

Sweeny’s body is found by a kid as it was taken to be cremated. Meanwhile, Laura seems to be waiting for another Leprechaun who will need a coin too. She is still in purgatory and asks around if Sweeney had passed through, but no one can help her out. She speaks to a woman waiting since 1993 and is bugged by a song that is stuck with her. This song played in her video as a child and is informed by the AV guy that the song is called Requiem of Baldr. She is hinted at a great destiny before her as powerful people are attracted to her. She still does want revenge from Mr. Wednesday.

As the cemetery caretaker comes to inspect, he steps on a potion on Laura’s ashes, which ends up resurrecting her. She is taken out of purgatory as she receives a new body that can detect cold and taste. Laura was no longer a zombie with a coin inside her but keeps the coin with her. She later hitchhikes a trip back to Illinois to get some answers. 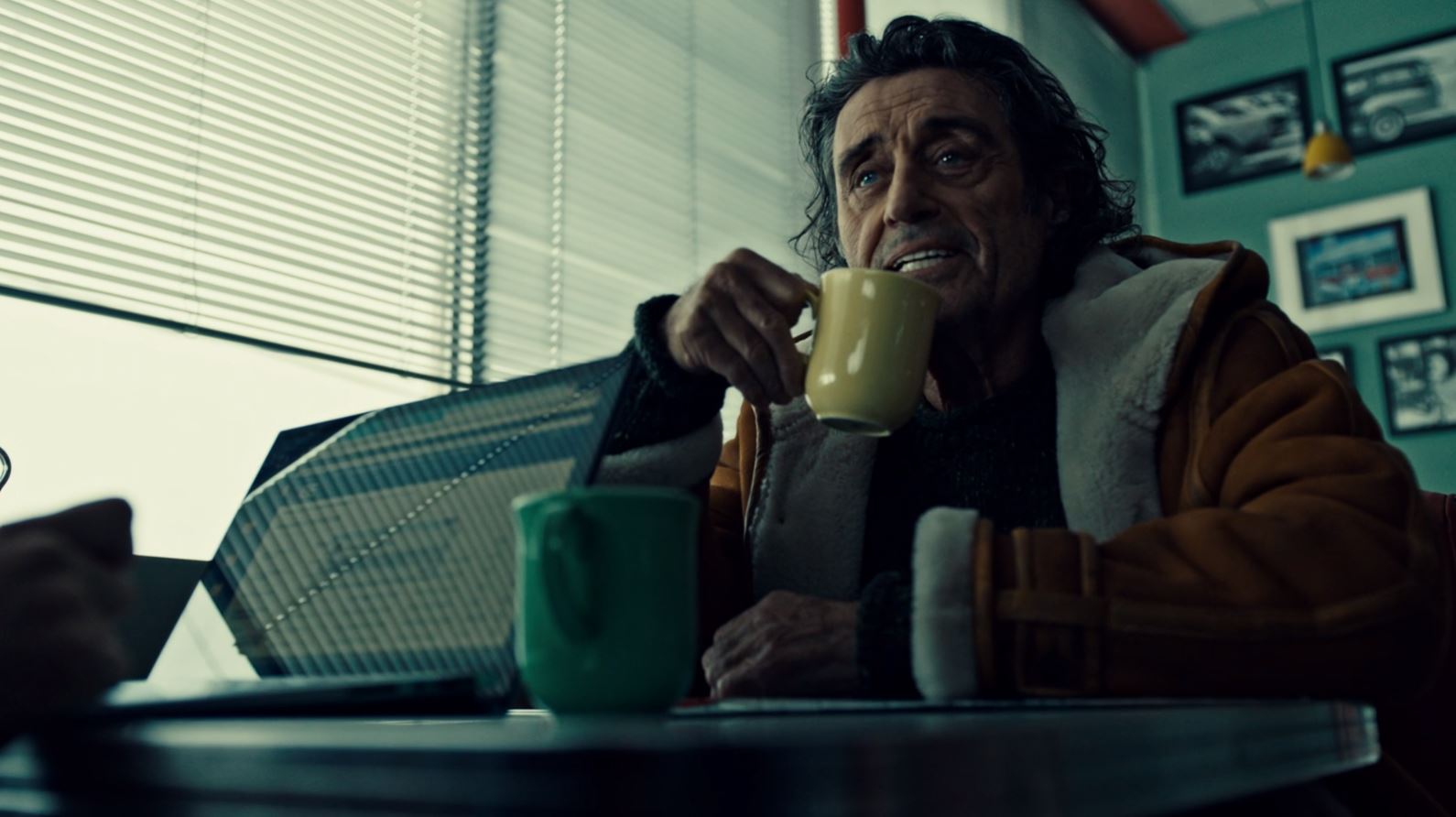 Mr. Wednesday is with his assistant, Cordelia, when he finds out that Demeter’s lawyer, Hutchinson, was sending her money to off-shore stations. But however, they need proof from his physical hard drive. So, instantly Shadow is called up but is rejected as he is preoccupied with his search for Bilquis. So, Wednesday goes off to find someone else to do his dirty work. He heads off to a biker bar called Valhalla, where he tries to appoint someone to get the hard drive. They do oblige but only in the condition that Wednesday removes Johan from the bar who was causing trouble. He was still grieving the death of his bandmates and begins to fight only to be subdued by Wednesday. Wednesday asks him to get another band so they can be worshipped. But it is hinted that it could be Johan himself who killed his bandmates.

This is possibly the best storyline in American Gods right now, as the Norse pantheon is quite intriguing. We must trust that the show takes it well as we get to learn more things about Johan, who displays some deep God-like voices at times.

Mr. Wednesday finally proceeds to leave Valhalla when everything turns crazy as a blast occurs. This could be the doing of the New Gods, but there is no guarantee. Mr. Wednesday seems to have gone crazy and taken to a psych hospital, which is the same as the one Demeter is in. And it seems quite possible that going crazy is a front put up Wednesday to infiltrate the hospital. 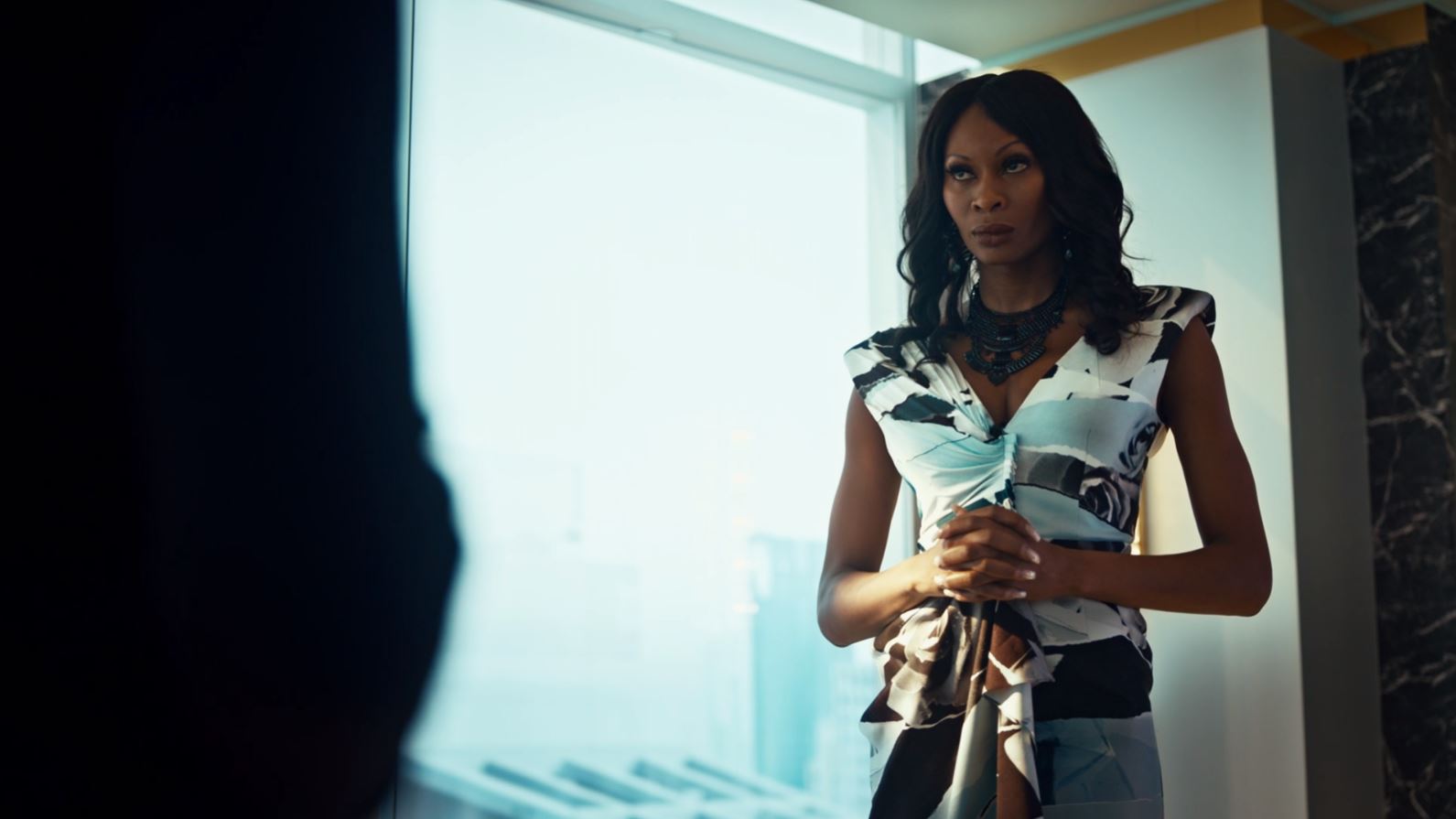 Ms. World is disappointed as they are behind schedule for the SHARD.

As Shadow and Tech Boy interrogate, they make use of Techno Boys malfunctions. He uses his glitch to scare him out, saying that he was an alien. The security obliges and informs them of Bilquis’ exact location. But however, we later realize how Sanders was an important person. Ms. World learns from her assistants that they were behind in schedule for SHARD, which was meant to give the new Gods an unrivaled amount of power. Sanders was key to these plans, and him missing out was a vital issue. She finds Bilquis taken to one of the server farms. So, she changes her form to Mr. World as he goes to sort out the problems caused by Techno Boy.

Mr. World arrives at the holding cells where Bilquis was kept captive. We learn that Bilquis was now recruited to fully give in to the New Gods. And she was to even convince the other Old Gods to join them to avoid war. As a part of their deal, Bilquis is allowed to have people worship her. But only as long as she did not consume them as a part of a sacrifice. Bilquis implied that she has reached the end of her usefulness for Mr. World, but he thinks otherwise.

This storyline is certainly way better than that of the books as it has a lot more depth into the story and the characters. 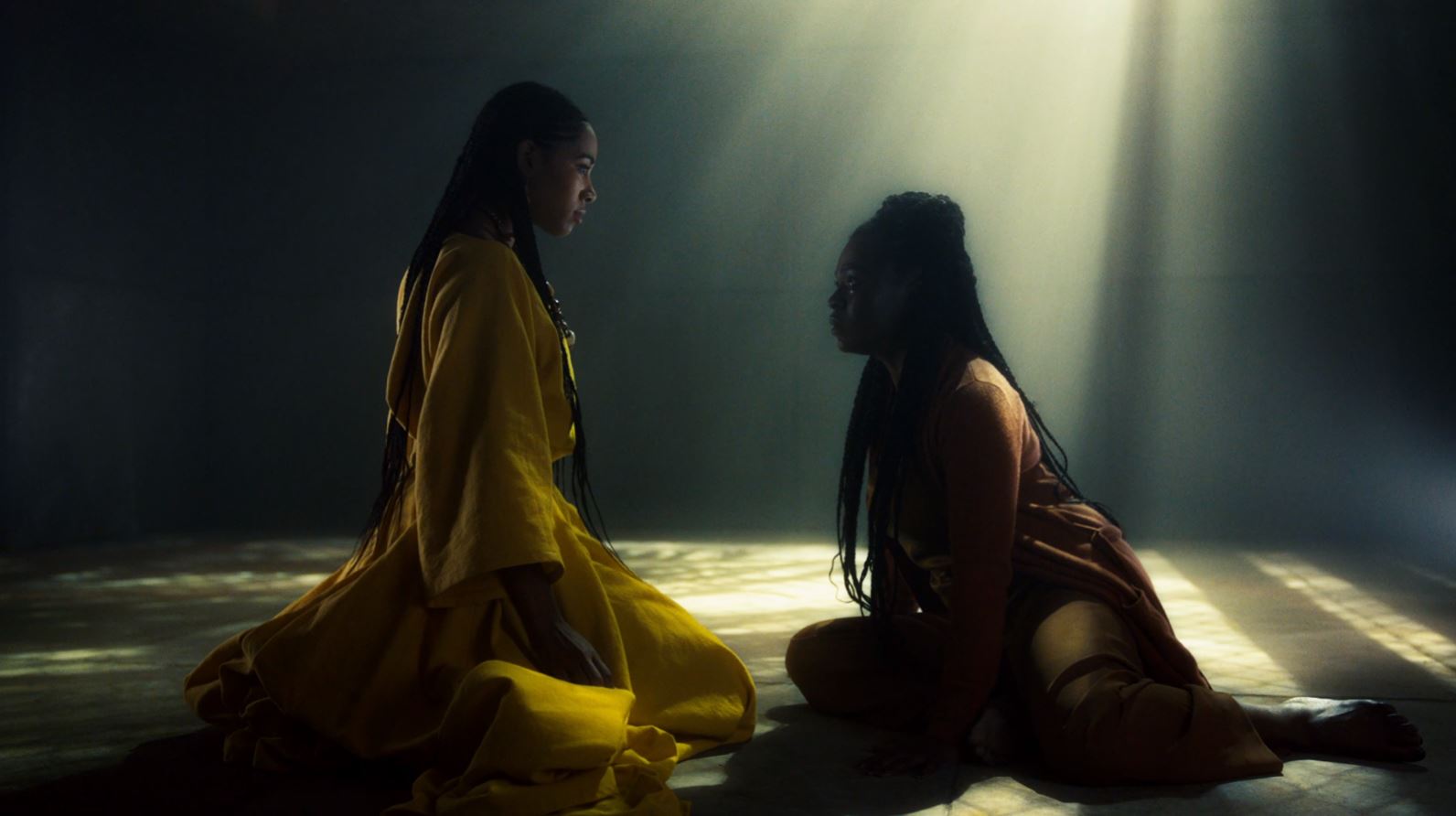 Bilquis is able to meet Oshun.

As Bilquis seems to have been tortured, she starts crying. When her tears fall on the floor, it cracks the floor, which leads to water coming out the floor. As she looks onto her reflection, she is shown her life story by Oshun. She was one of the Yoruba Pantheon of Orisha who is has a unique ability. She dances with Bilquis, which renews her faith as she believes she will be saved by Shadow Moon. From the promo for the next episode, we can see that Bilquis is now considered a part of Yoruba. She has gained power from Oshun and channels this power to flood the prison and make her escape.

Overall, this week’s American Gods was a good episode with a major highlight on Bilquis as she has been kidnapped. We even see a renewed story to Laura, who is now heading towards Illinois at the funeral. Shadow seems like he will go help, Mr. Wednesday. But the promo even suggests that he is about to have a full-on assault on Server Farms alongside Techno Boy. But one must know that promos can be quite deceiving in nature.

The connection that we previously try to make about the peacocks were in fact, directed towards Oshun. And Bilquis, now revealed to be related to the Orishas, is now able to call upon them to her aid. Laura gets a hold of Sweeney’s ashes as she goes to gain further information on the song.

You can watch all the episodes by American Gods on Amazon Prime Video, Starz, and Hulu.