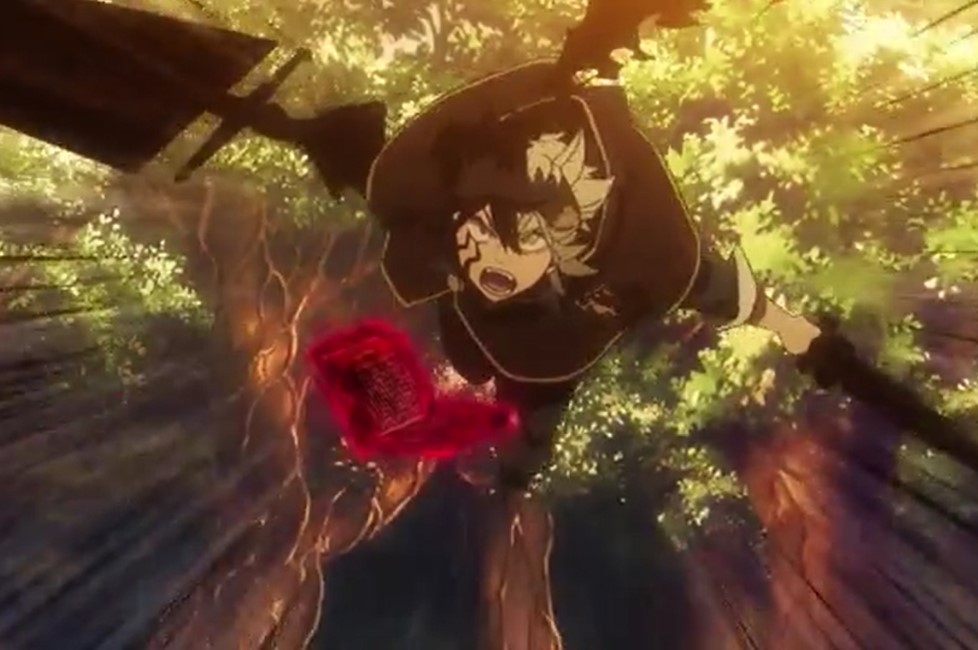 From the latest update of Black Clover, Gaja introduces the Spirit Guardians that will be monitoring them. The spirit guardian of the Earth Sarado, of plant Potrof, of fire Floga, wind Smurrik, and Gaja. He orders Mimmosa and Charlotte to train first with Sarado. Finral will learn from Smurik, Rill from Potrof, Leo, and Magna will be under Floga’s care. Luck will be trained by Gaja, and Asta asks about him and Noelle.

Gaja reveals that they can’t make mana grow from anything since they don’t have mana. Asta ask why did he come here, and Gaja said Asta is one of the mages at the arcane stage who could defeat the devil. He would like him to spar with him so that he can gauge his strength. The Queen will be training Nero, and Udinbe will be training Noelle. The training begins, and Yami is also training at the volcano mountains.

Black Clover Episode 157 will be released on Tuesday, 22 December 2020, at 6:25 PM JST. Note that the time is in Japanese standard time. To get the episode as soon as it is released, you can change the time to your local time. Watch this Anime officially on  Crunchyroll, Funimation, and Netflix. Let’s see what more Black Clover has to offer for us down here.

To learn the Mana method and acquire new powers, Asta and the others train their hardest in the Heart Kingdom. Gaja is giving Asta a hard time to see how far he can go or surpass his limit.  Asta blindly attacks Gaja ,at full speed and Gaja dodges slows, hitting him with his powers at his back. He then comments that the power to nullify magic is unrivaled. Asta’s vision is so narrow that he can’t use his powers to their full potential.

Asta told Gaja that it is not over yet while Yami is still in the volcano mountain. Yami said that since all the BB members are trying to surpass their limits, he needs to work a bit harder. At the training ground, Asta attacks again with his Anti-magic sword. Gaja unleashes Lightning Magic: Tenjiolia and Astar block it with his sword. Asta jumps up, thinking that he has caught Gaja off-guard and he was struck with the lightning.

Asta screams while hitting the ground, and when he is at the ground, he started wondering what is happening. He asks himself why he can’t even hit Gaja with a single hit. It has been a few days since those two has started sparring, and Asta wants to see changes in his training. Gaja reveals that he is just holding back to give Asta time, or he would have destroyed him earlier. Gaja reveals that the Anti-magic, his strength is what has led Asta to victory so far.

But the enemy they are going to face is far too powerful. If Asta cannot defeat him now on his own, he won’t defeat the devil. Asta yells that he must let him have another try, and Gaja notice Asdta’s will of not giving up has strengthened him. He then realizes that it is not only Asta and also all the Clover Kingdom Magic Knights. He also realizes that they are getting better with their training. They have already started creating techniques of their own.

Meanwhile, Leo mids the target and unleash a powerful blast that destroys the mountain. Floga is surprised, and Leo thinks that he has to do more than that since he knows that his rivalry Asta is doing his best. The two trains until sunset, and Floga praise Leo. He told him that he can use the Mana method faster than before, but sometimes, when he is training, it feels like something is holding him back.

Floga asks him why and Leo reveals about his older brother and sister that he looks up to. He reveals that he wants to be stronger and reach the same level as his brother and sister. Meanwhile, Yami went where Mereleon is and calls her Sisgoleon, and she asks him why he calls her that or is he here to defeat one of the magical beasts. Yami challenges her to fight him.

The two started to exchange blows while Asta enters in his half-human half-demon mode. He attacks Gaja with Bla Meteorite, and Gaja notices that he is tracking his mana. Gaja manages to stop him and pins him with the ground again while giving him some clues to use his Anti-magic powers. Later, Yami and Asta mage to surpass the limit. Yami send Mereoleona flying with a lighting slash, and Asta uses his anti-magic sword and sends Gaja flying.

Gaja praises him for that while touching his belly, showing that it was a powerful attack. All the trainers went back to the castle and their trainees to report about their performance. They explained how their trainees were training. At the Spade Kingdom, Zenon reveals that no one is going to stop them with their plan.

For more updates for the upcoming episode, it will be available next week as soon as the new episode is released for this week that’s what episode 156 has to offer for us. See you next Tuesday with a new episode and updates.