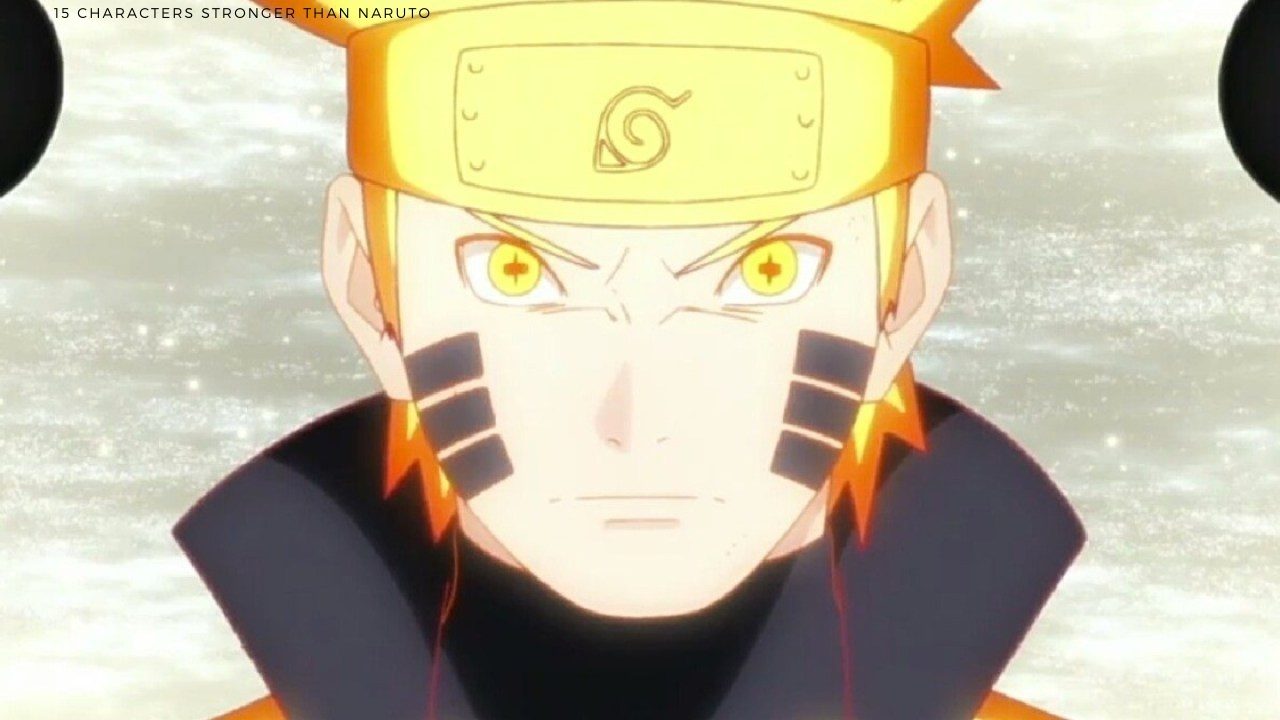 The Naruto series has long been one of the most popular series. The show introduced us to some really amazing characters, ranging from some being super powerful to others being completely charming in their own way. Its protagonist, Naruto, was one of the most powerful ones who grew throughout the plot. The development of this character has been one of the most proficient ones ever. Kishimoto displays a deep dedication in his writing as he plots the journey of his protagonist. In the anime community, people love strong characters and are always hunting for characters stronger than Naruto. Naruto was no ordinary character, and finding other characters stronger than him is not so easy.

The anime community is flooded with Naruto fans who absolutely adore the character, art, and story. Naruto has had a prominent place among strong characters. There are several characters that Naruto can beat, but there are also characters that can stand on equal grounds with him and also some who can be placed higher. So which characters can take Naruto in a fight? A quick hint; there are many. Here are our top 15 characters that we feel can stand victorious in a fight against Naruto.

The protagonist of One Punch Man, Saitama, is one of the strongest characters we know. Saitama’s biggest superpower is his enhanced senses. He is many times stronger and faster than a regular person. But is he stronger than Naruto? Saitama’s true power has never been shown. He has defeated most enemies using a minimal amount of his strength. In fact, he is so strong that he faces an existential crisis and carries a bored expression after finding no one to challenge. He has come across many overpowered characters within his own series too, and proven that it would take a lot to defeat him. Thus we conclude that Saitama will defeat Naruto in a one versus one fight. 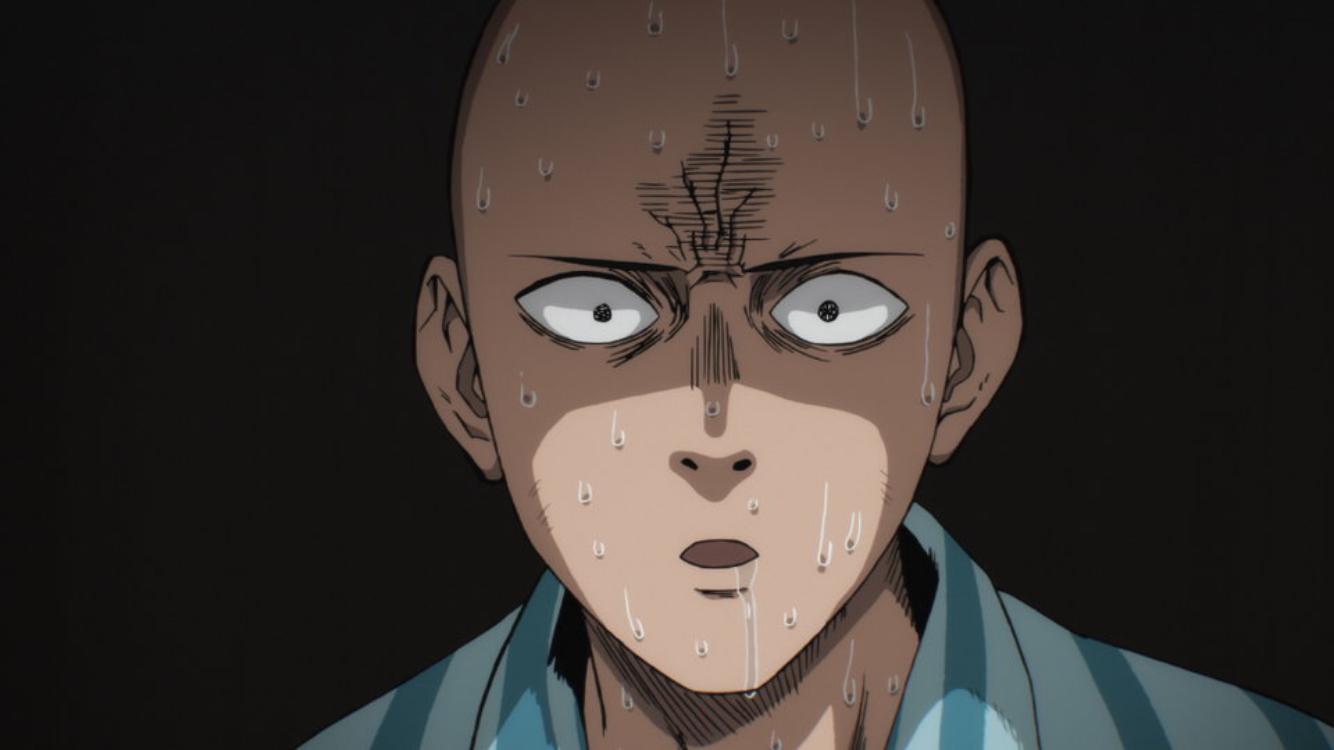 Zeno is a character from Dragon Ball Super and is claimed to be the most powerful character in the Dragon Ball franchise. He was the ruler of all Gods. Beerus points out that Zeno is not good at combat, but he is still extremely strong (and definitely stronger than Naruto) with his ability called ‘Erase’. Erase lets Zeno completely remove anything from existence. This includes cities, planets, solar systems, and even realities. A power so supreme needs to be looked out for, especially when there is no counter for it. 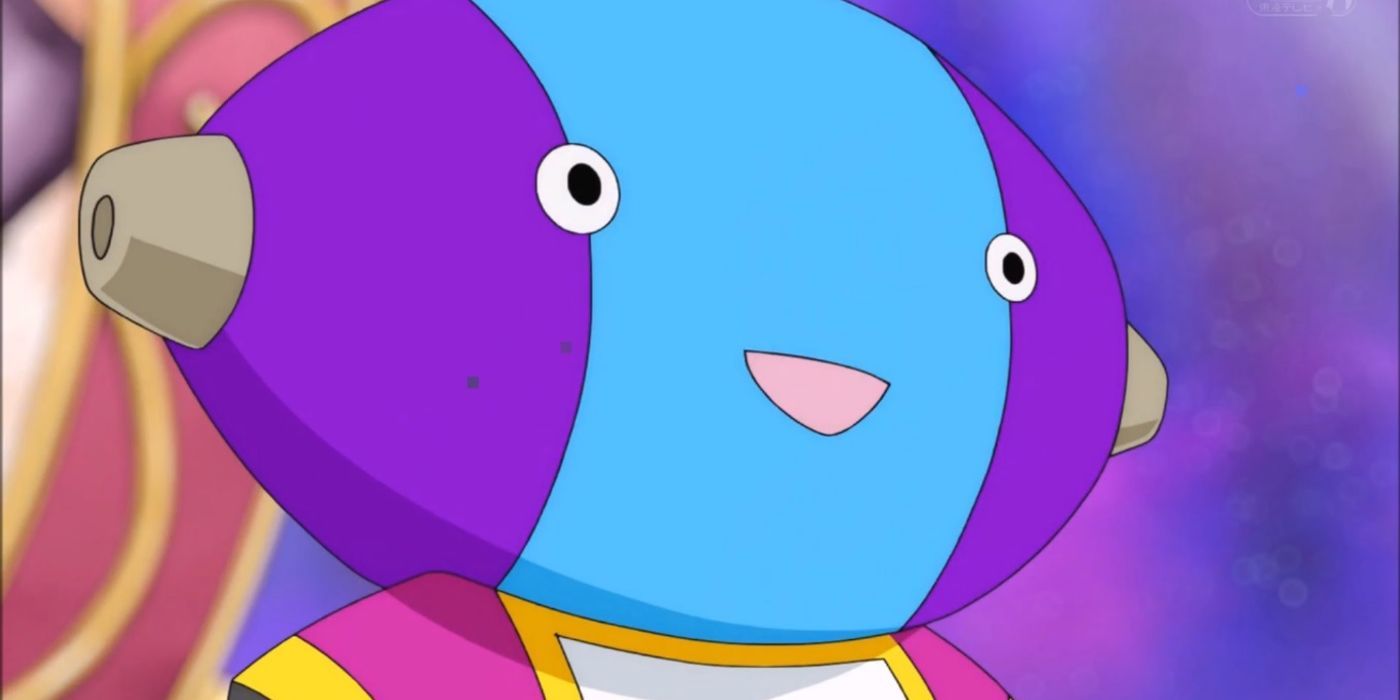 The Dragon Ball franchise is known for what an amazing and strong character Goku is. Goku has several abilities that can defeat many opponents in a blink. Of course, defeating Naruto is going to be tough, but it is also not going to be an impossible task for Goku. With all the power he has accumulated over the years of training, Goku has turned into a force to be reckoned with. 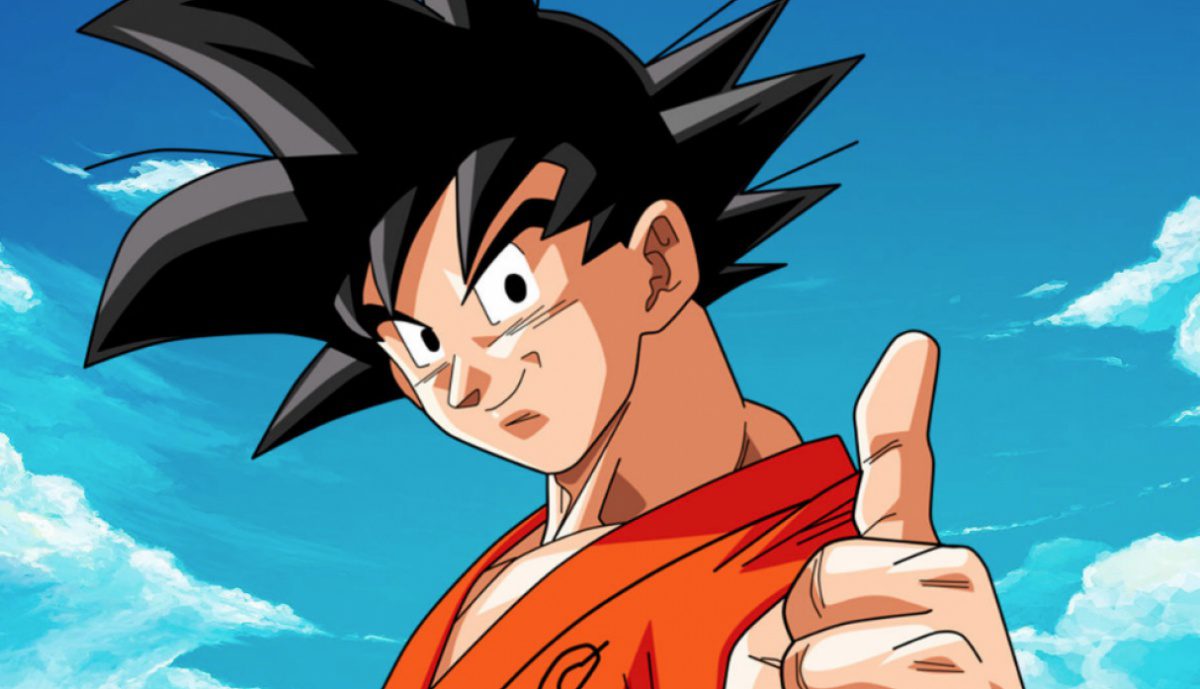 Beerus from Dragon Ball is the God of Destruction. Beerus can destroy planets and even the solar system using very little of his power. At One point, Beerus even defeated Goku and left him unconscious. Later he took down Good Buu, Android 18, Piccolo, Tien Shinhan, Ultimate Super Saiyan Gohan, and Super Saiyan Gotenks with ease. Beerus defeated Vegeta with a simple flick on his forehead. The character is a God after all, and like all Gods, he has overpowering abilities that prove him quite a lot stronger than Naruto. 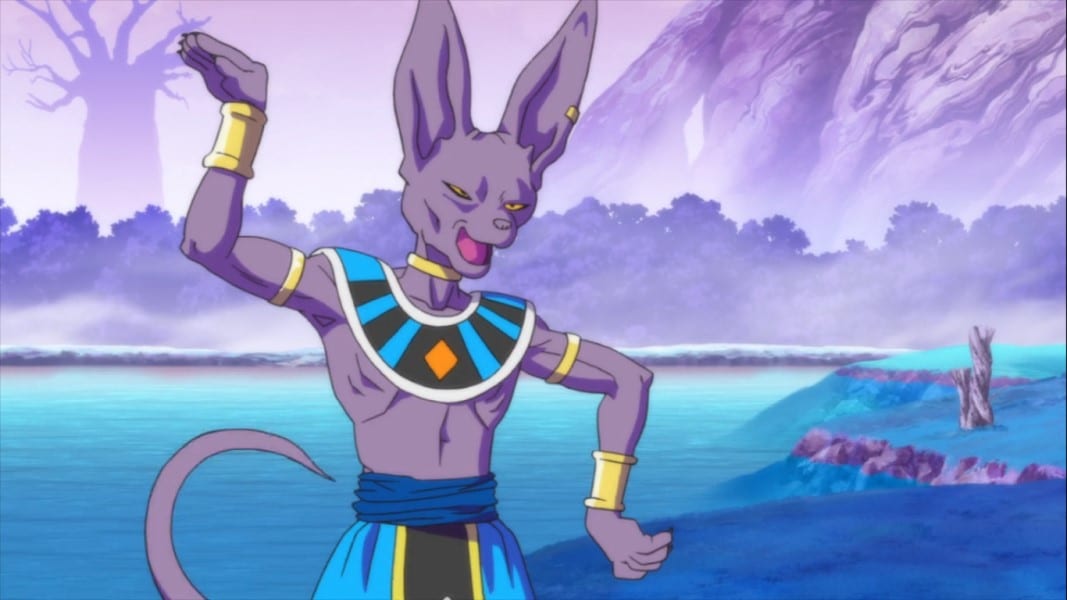 Saiki Kusuo is the main character from The Disastrous Life of Saiki K anime. The show focuses on the protagonist, who happens to be a psychic. This is a comedy anime, but the protagonist is very overpowered and seems stronger than Naruto too. Saiki can pretty much wreak havoc by simply sneezing and single-handedly stopping an entire volcano from erupting and ending the world. He can even manipulate time and turn people to stone at a single glance. Additionally, he has also displayed brilliant tactical skills and super strength that definitely marks him as one of the strongest characters in anime history. 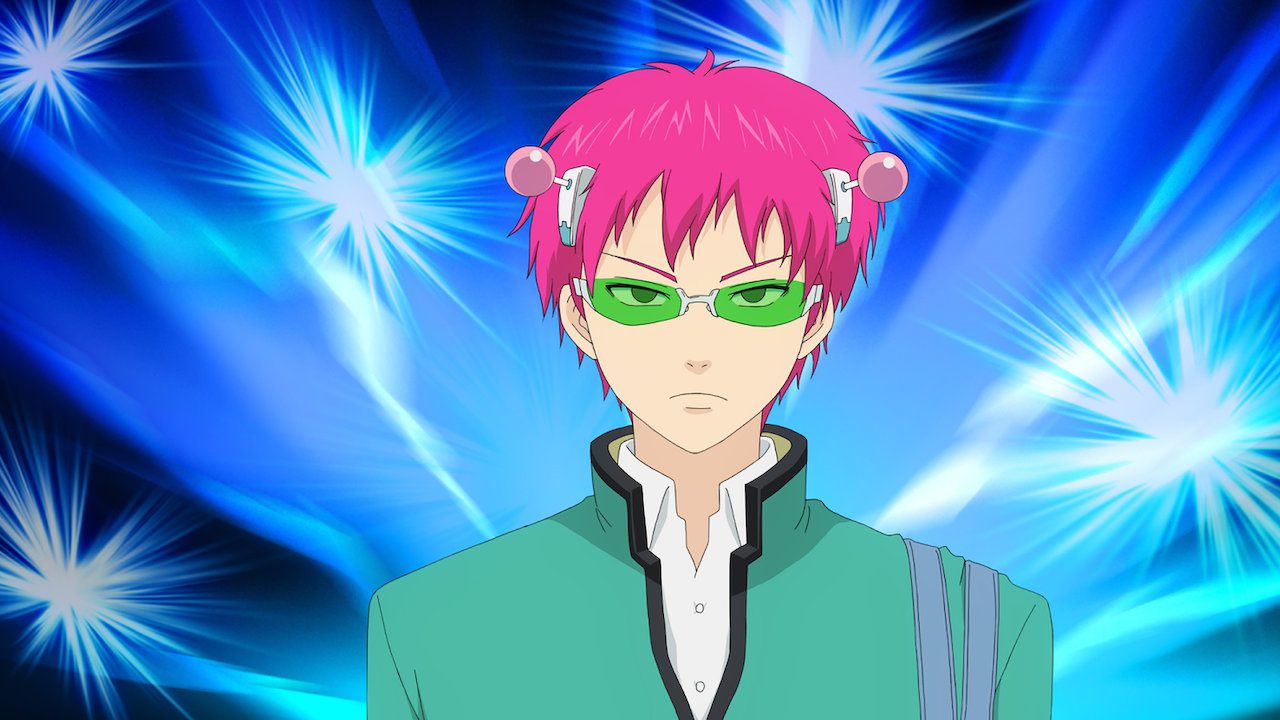 Shigeo Kageyama is the protagonist of Mob Psycho, who, like Saiki Kusuo, is also a psychic. His amazing abilities make him not only the strongest character in Mob Psycho but also one of the strongest characters in anime history. He can store and manipulate psychic energy. Shigeo is highly unstable, and through the series, we see him gradually reach 100% of his strength until he breaks into an outburst. Even if combat fighting is not his specialty, he still makes up for it with his other strong abilities and proves to be stronger than Naruto. Shigeo’s intensity of powers come from his negative emotions and increases with the intensity. 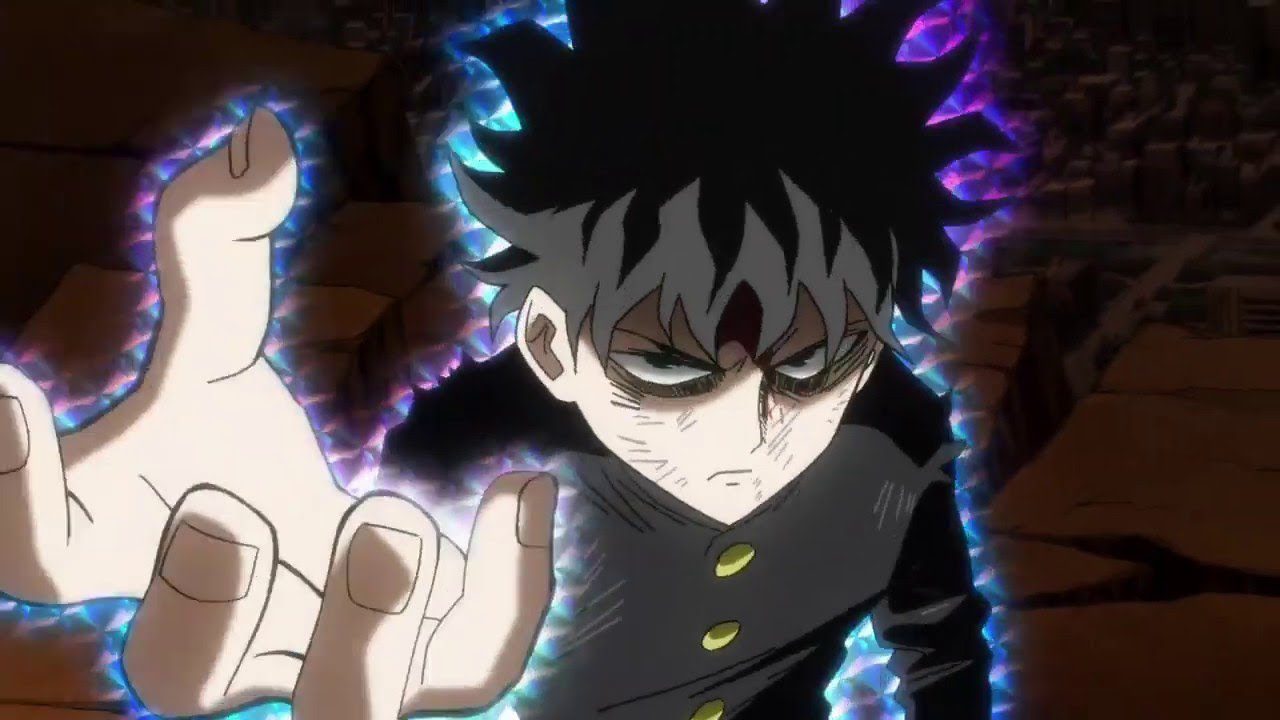 Ban is one of the main characters from the popular fantasy series, Seven Deadly Sins. He is the Sin of Greed, who is also an immortal. However, he possesses an ability called ‘Snatch’. Ban is not someone one can underestimate. He is very powerful with enhanced speed and strength. In the beginning, he was unkillable, having consumed water from the Fountain of Youth and becoming immortal. However, later he loses his immortality, and he still proves to be stronger than ever with his durability and endurance abilities. He even survives the Demon King’s energy storm, which itself speaks a lot in defense of how tricky Ban can be as an opponent. 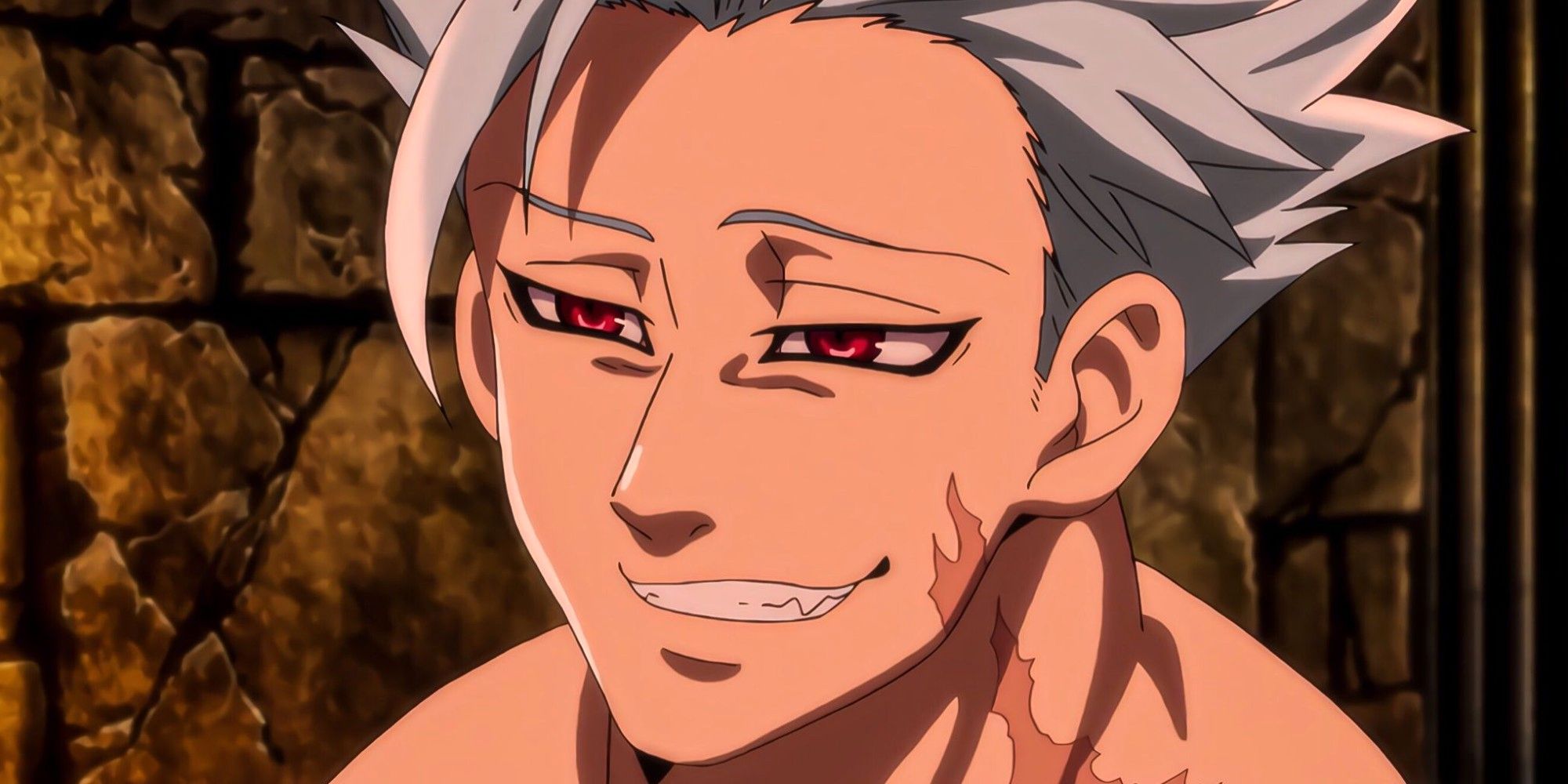 Alucard is yet another character stronger than Naruto, who comes from the Hellsing series. He is a true vampire and has several strong abilities including hypnosis, Omnipresence, gravity defiance, and many more. Being a true vampire, he is stronger than normal vampires too, as evident from his ability to walk in the sun and how his regeneration is higher than other vampires. He carries two guns, Jackal and Casull, which are so strong that humans cannot even use them. With super speed accompanied by several other powerful abilities, Alucard is not a character one would prefer messing with. 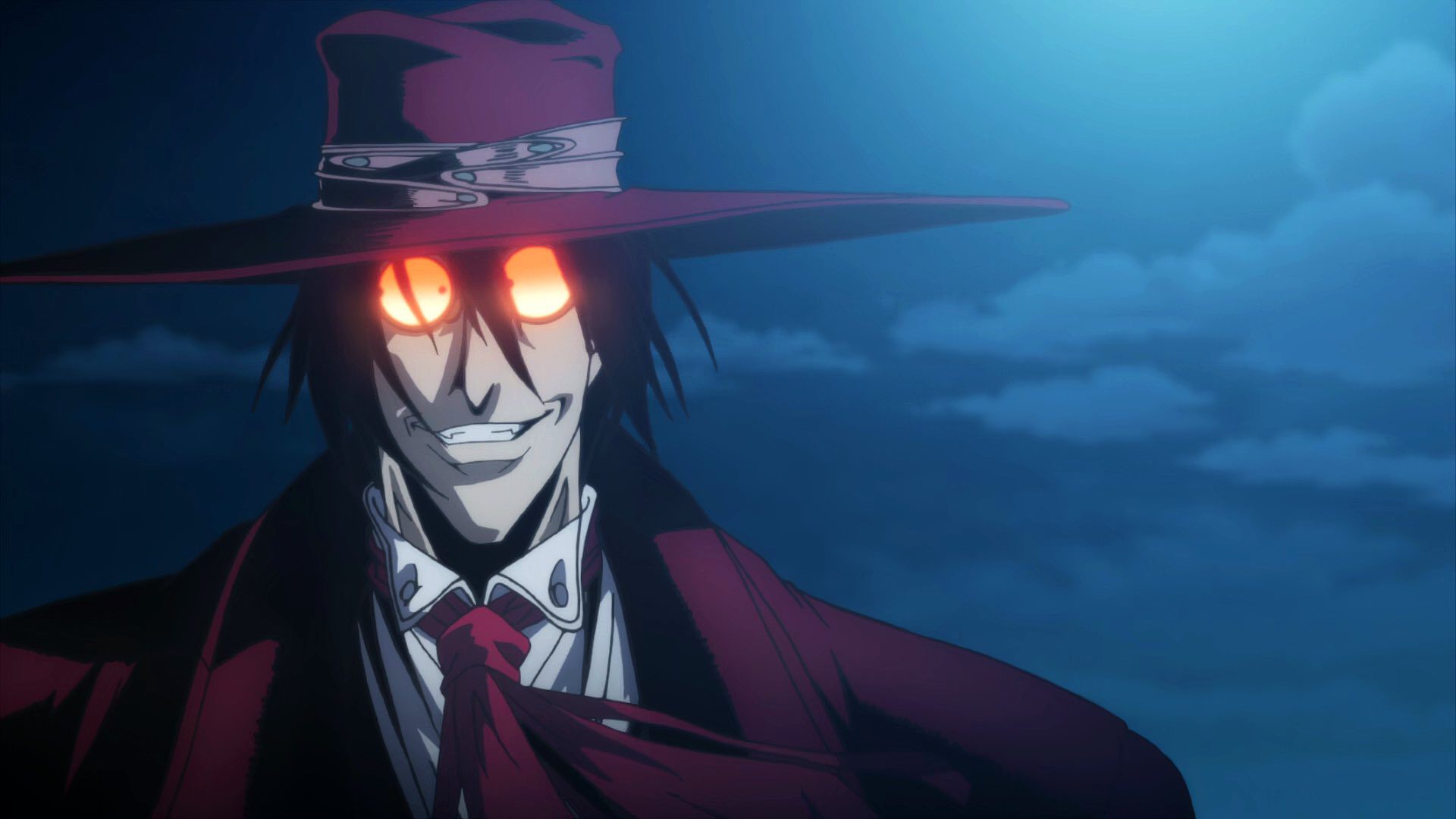 The protagonist of Hokuto no Ken, Kenshiro, might be stronger than Naruto. Kenshiro has mastered Hokuto Shinken, which is a martial art that channels all the energy in a person’s body into a punch that strikes into 708 Keiraku Hikō points in the human body. So how would that defeat Naruto, you ask? This single punch can explode the opponents by attacking several pressure points. All Kenshiro needs to do is land one punch, and Naruto would meet a deadly end. 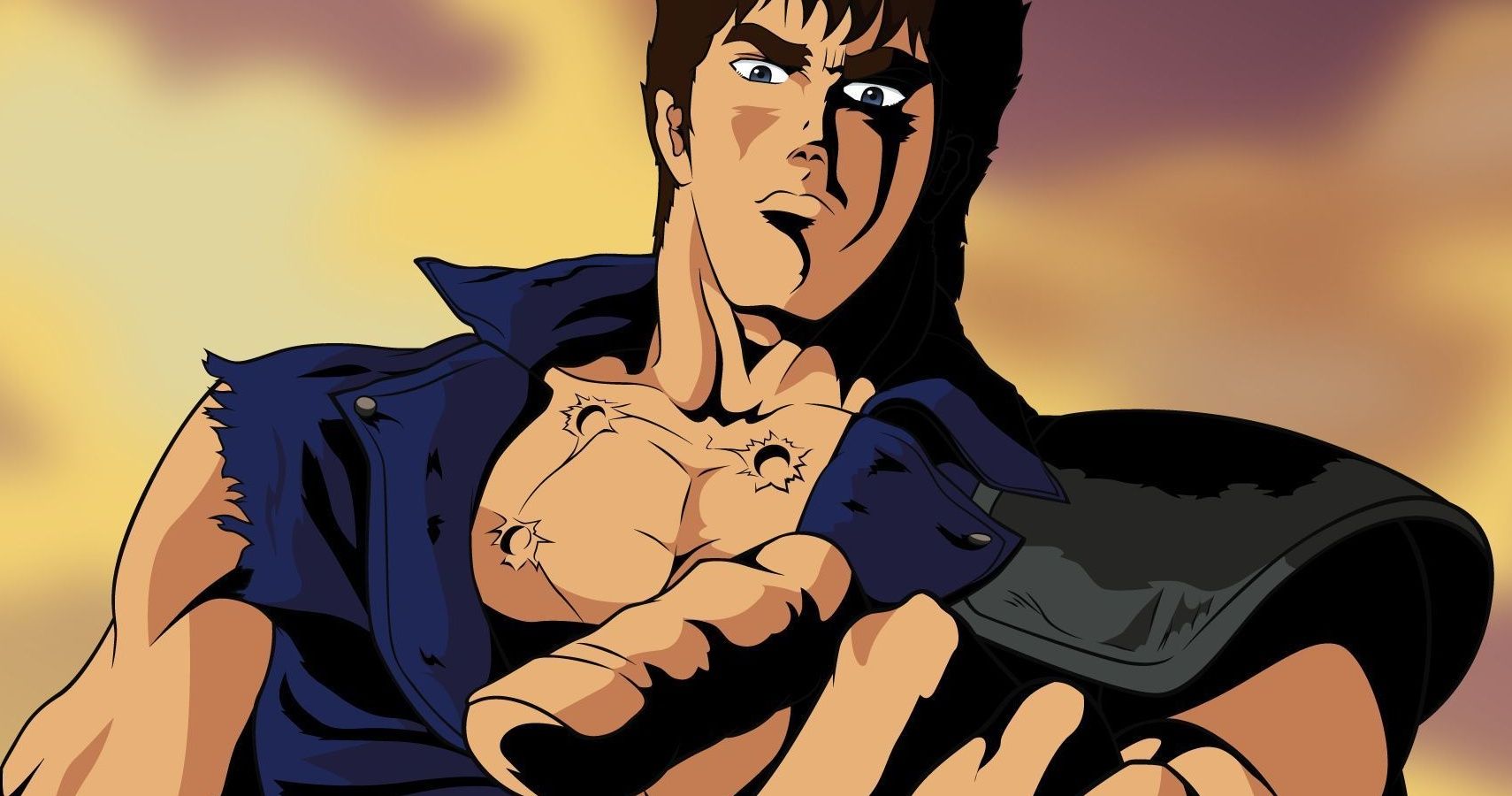 Satoru Gojo’s overpowering presence is not unnoticed among anime fans, and many people have acknowledged that he is stronger than Naruto. Gojo can easily take down many strong opponents using his Jujutsu techniques. With Infinity, an opponent cannot even touch him, and Six Eyes gives him an abundant amount of cursed energy that he can use against his opponents. But what his strongest strength is, is his ability to create domain expansion, which gives him an upper hand over any opponent he faces. 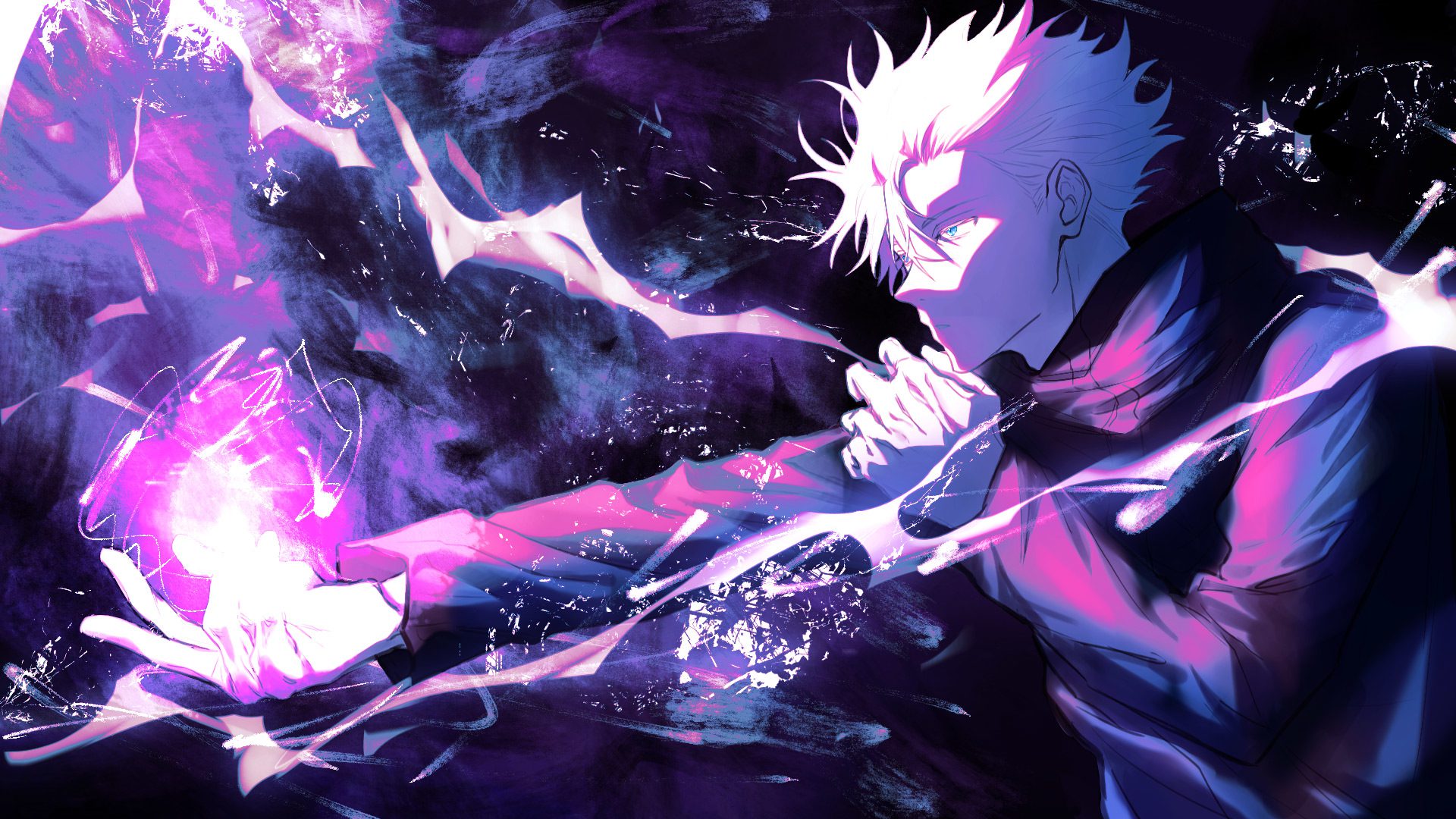 Belonging to the Otsutsuki clan, Kaguya Otsutsuki is beyond powerful. It is true that she was defeated but would Naruto have been able to take her down by himself? It does not seem very likely. Kaguya Otsutsuki turned herself into the very Ten-Tailed Beast that we continue to hear about. Even her bones are extremely deadly, which she would use as per her adventure. She can make use of her ability called Murderous Ash Bone To strike an opponent with her bones and turn them to ash. She can even grow and regrow her bones as well. 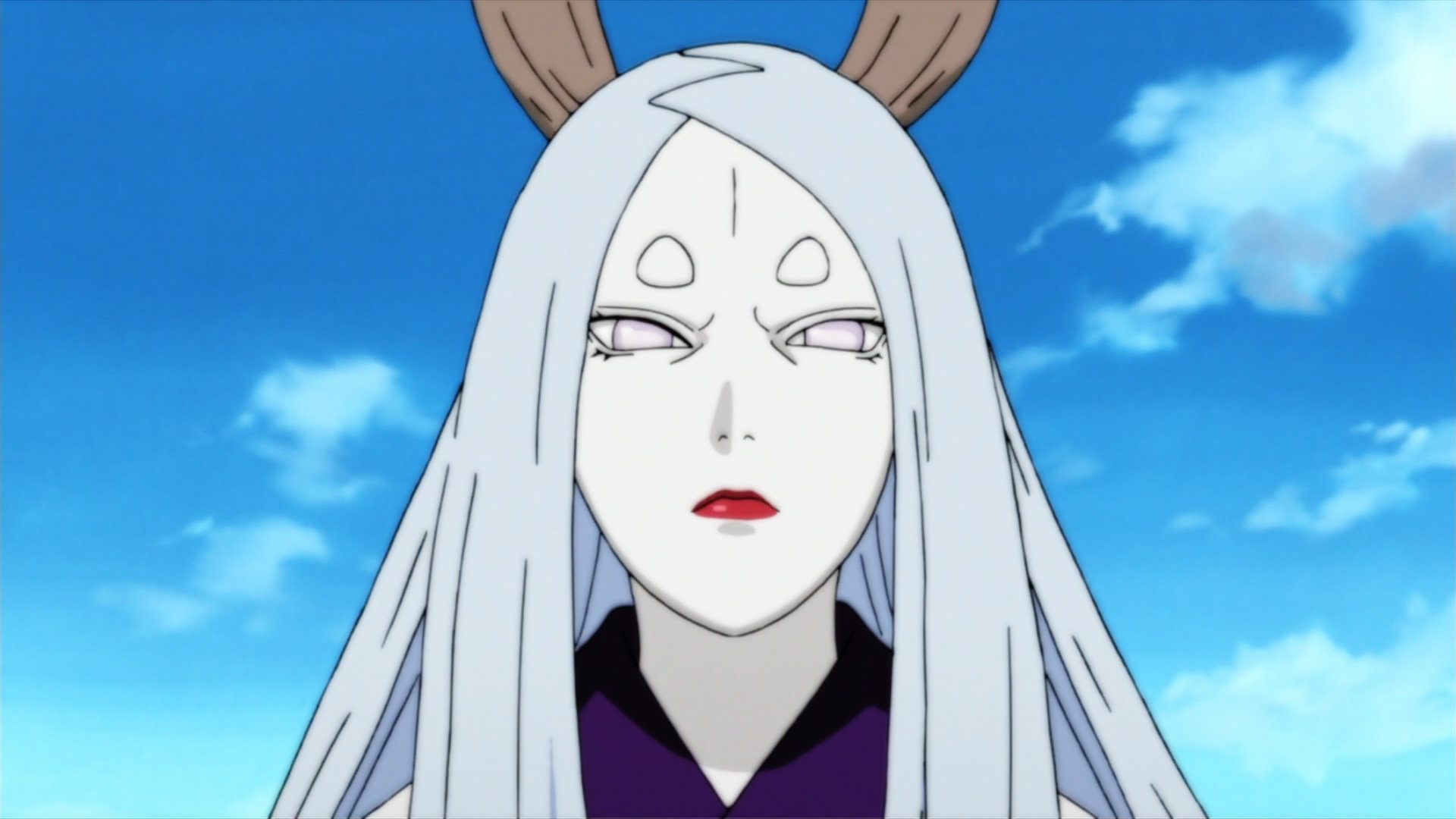 From That Time I Reincarnated As A Slime, Rimuru Tempest is a very powerful character. Rimuru has been extremely strong since the beginning, having achieved multiple skills from devouring strong beings, including Veldora, the great True Dragon. But his strength grew rapidly in the later parts of the series, especially after he became the Demon Lord, the character became insanely overpowered. His power grew multiple folds. All his existing powerful skills were enhanced. At this point, we can definitely declare that Rimuru Tempest is stronger than Naruto. 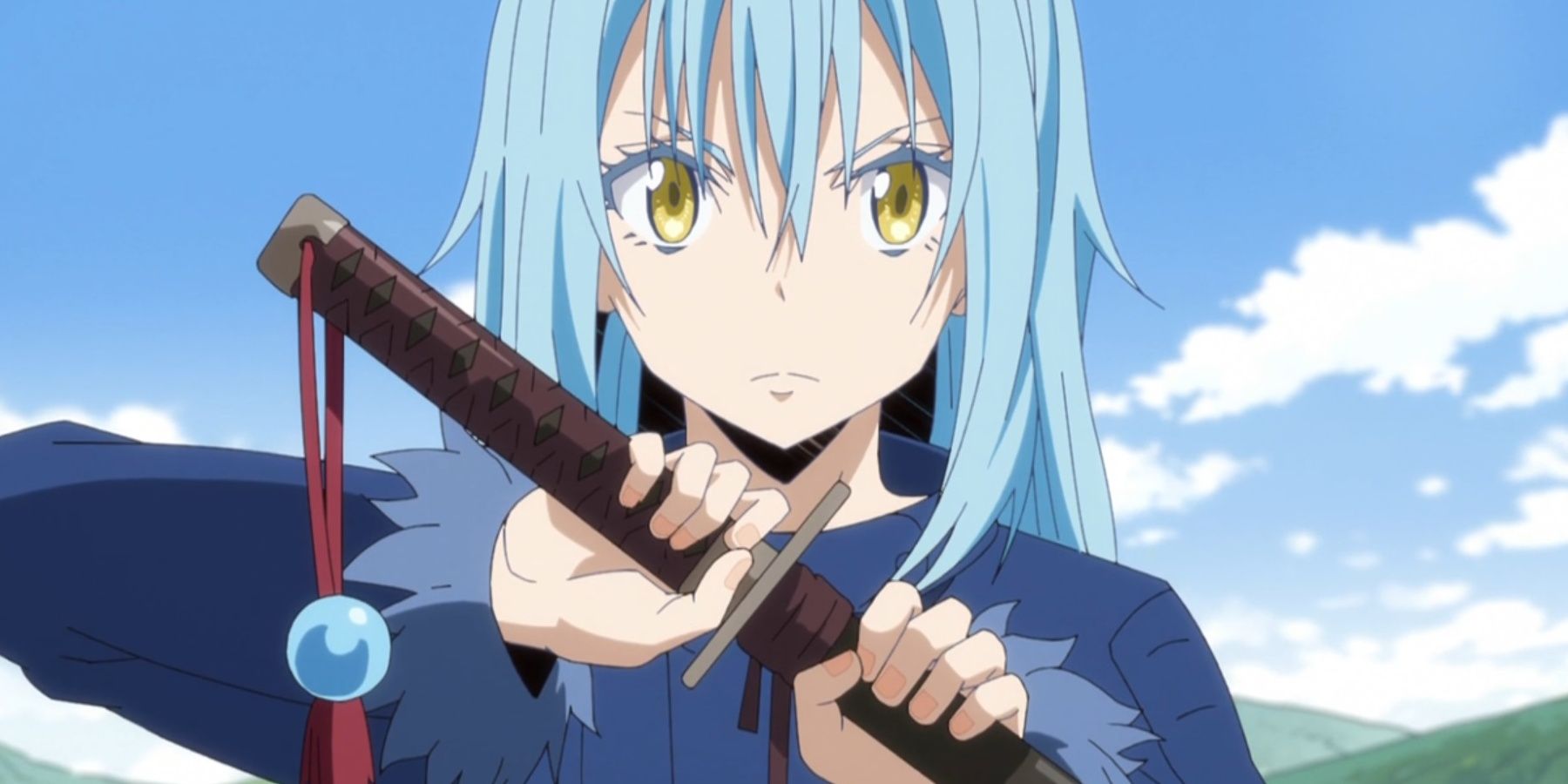 Jotaro Kujo is the protagonist of the popular shonen anime, JoJo’s Bizarre Adventure. What makes Jotaro an opponent to reckon with is his incredible intelligence, high stamina, superb speed, and superhuman strength. Jotaro inherits several skills from his grandfather, one of them being his genius brain. Throughout the series, we see him use his intelligence multiple times and get out of tricky situations cleverly. Jotaro can also last very long in battles. 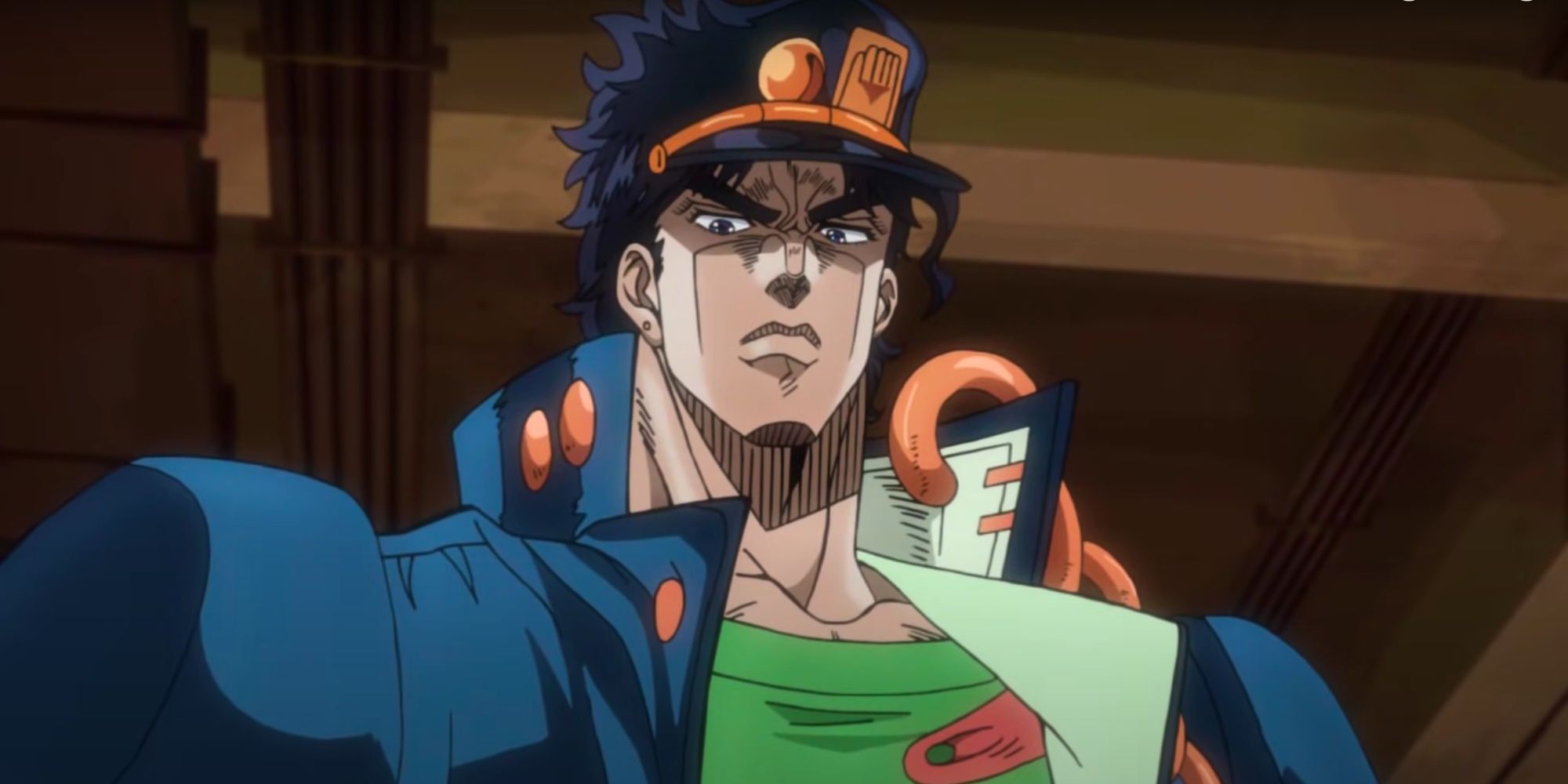 The protagonist of Assassination Classroom is renowned for his overwhelming strength and speed. The character travelled abroad over school breaks and had an entire class of students wanting to kill him. Koro Sensei is an amusing character with amazing feats that prove him pretty dangerous should he get serious in a fight. 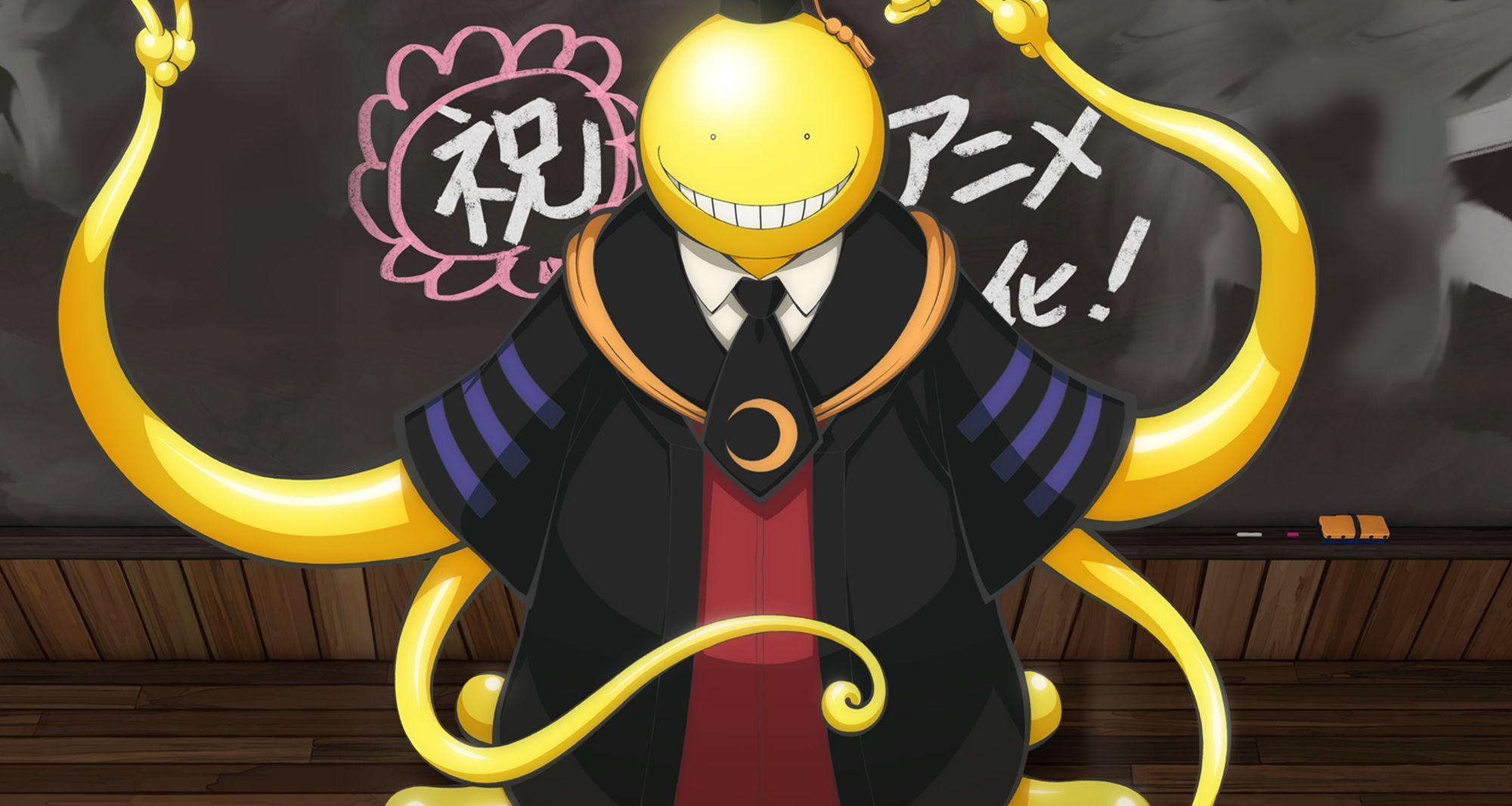 Ryuk, the shinigami from Death Note, is super strong. Being a celestial being, Ryuk’s powers are unmatchable and thus indefinitely stronger than Naruto. Ryuk possesses a dangerous ability to manipulate death using his death note. Moreover, he can steal lifespans and also perform several psychic abilities including psychometry. Ryuk is a Shinigami, thus immortal. It is highly unlikely that Ryuk can be defeated by a mere human, even if it is Naruto. 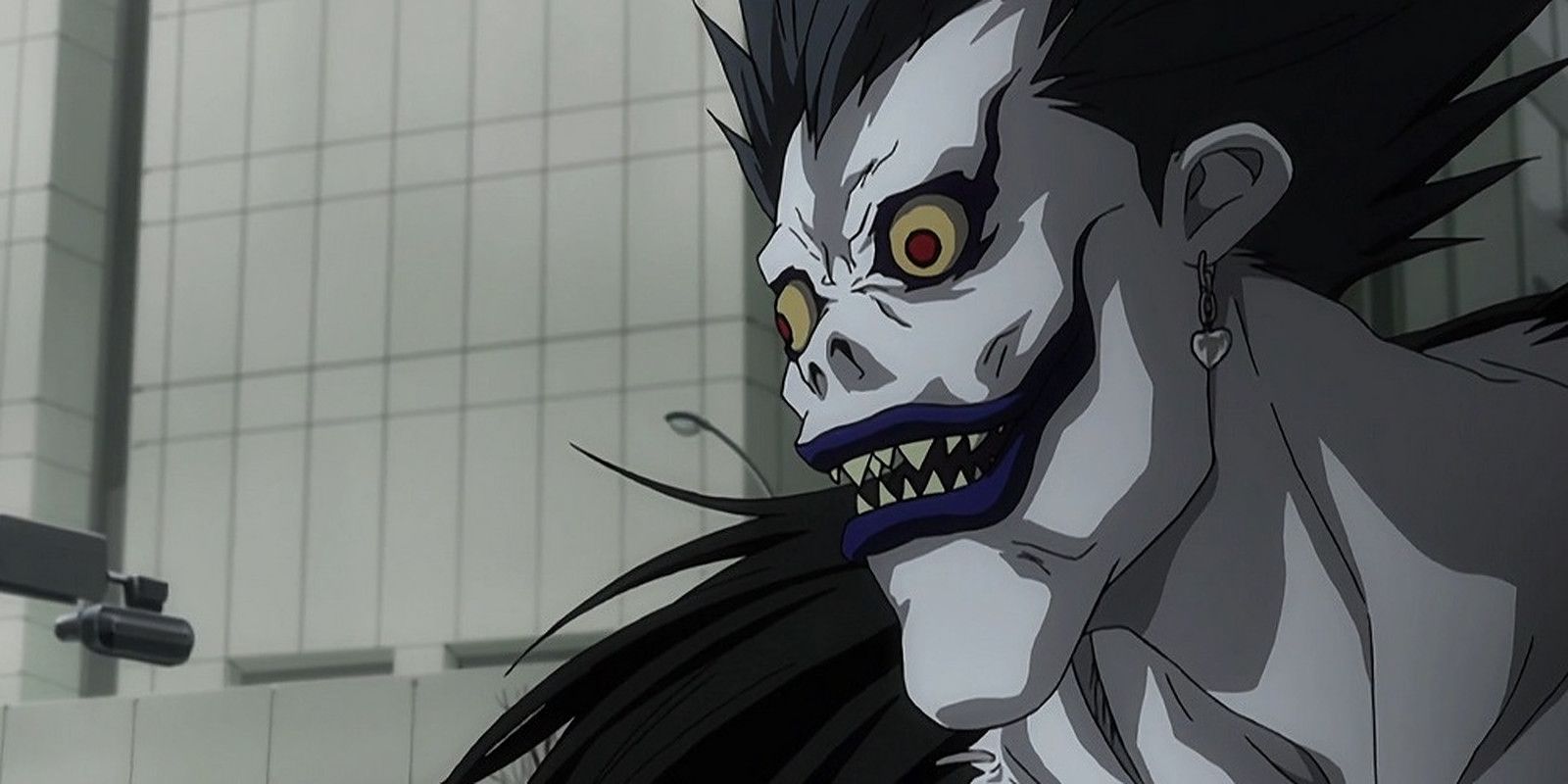