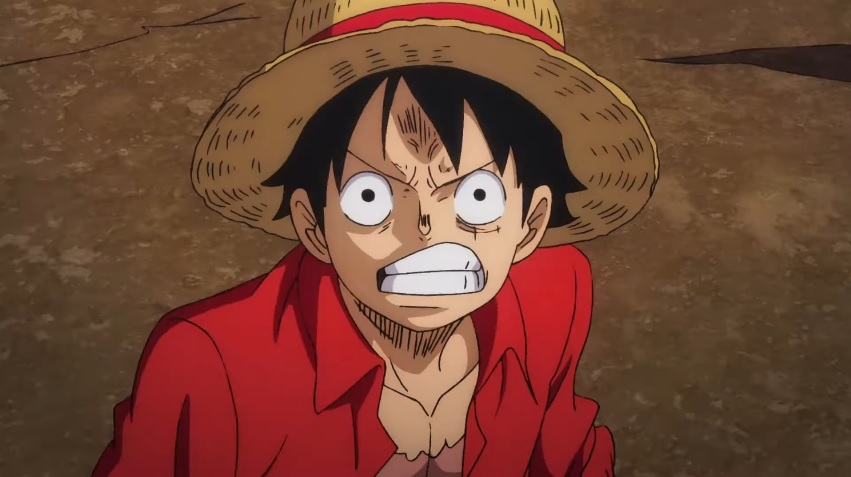 The raid at Onigashima continues with the arrival of The Flying Six and others at Kaido and Orochi’s Golden Kagura party. The weekly schedule for One Piece will have One Piece Chapter 979 released next.

The chapter has been delayed for another week due to the Golden Week holiday in Japan. However, it seems the spoilers for the One Piece manga got released quite early this time.

One Piece Chapter 978 revolves around the Nine Red Scabbards and the rest of the Ninja-Pirate-Mink-Samurai alliance invading Onigashima. The samurai sink their ship to avoid anyone noticing their arrival. As planned, the Nine Red Scabbards excluding Kin’emon and Denjiro and the Heart Pirates gather at the Polar Tang and enter. While the other ones disguise themselves as Beast Pirates so they don’t get caught.

In the second half of the manga, at Orochi and Kaido, all the members of The Flying Six are shown. X Drake, Ulti, Page One, Who’s Who, Black Maria, and Sasaki are shown. Moreover, Page One seems to be in his human form.

Now, as time passes they all await Kaido’s entry. It was expected that we might see Kaido’s Son in this chapter. But his whereabouts are yet to be known. Readers are as eager as ever for One Piece 979.

One Piece, Ch. 978: The fight for Wano is in full swing! Can the assault force catch Kaido by surprise? Read it FREE from the official source! https://t.co/1H0UVKqqH4 pic.twitter.com/qbba2LY8mT

The title and other details for the chapter are yet to be announced. However, we have got our hands on the leaks and spoilers for this chapter. Please note that we don’t create spoilers. All the spoilers are available all around the internet.

Moreover, the leaks feature a conversation between King and the Flying Six. King says, that if he were to summon Who’s Who and Sasaki then they wouldn’t have come as they were competing for the same spot back then. But things are different now.

More spoilers for this chapter will be out soon. We will make sure to update our article if there’s any more update. So make sure to keep checking.

A Korean Blog posts the spoilers for One Piece chapter 979.
We won’t get to see Kaido’s son in this chapter, but his name is said to be Yamato.
King says, even if he summoned Sasaki and Who’s Who they wouldn’t have come to the party in Onigashima.

When is One Piece Chapter 979 Release Date?