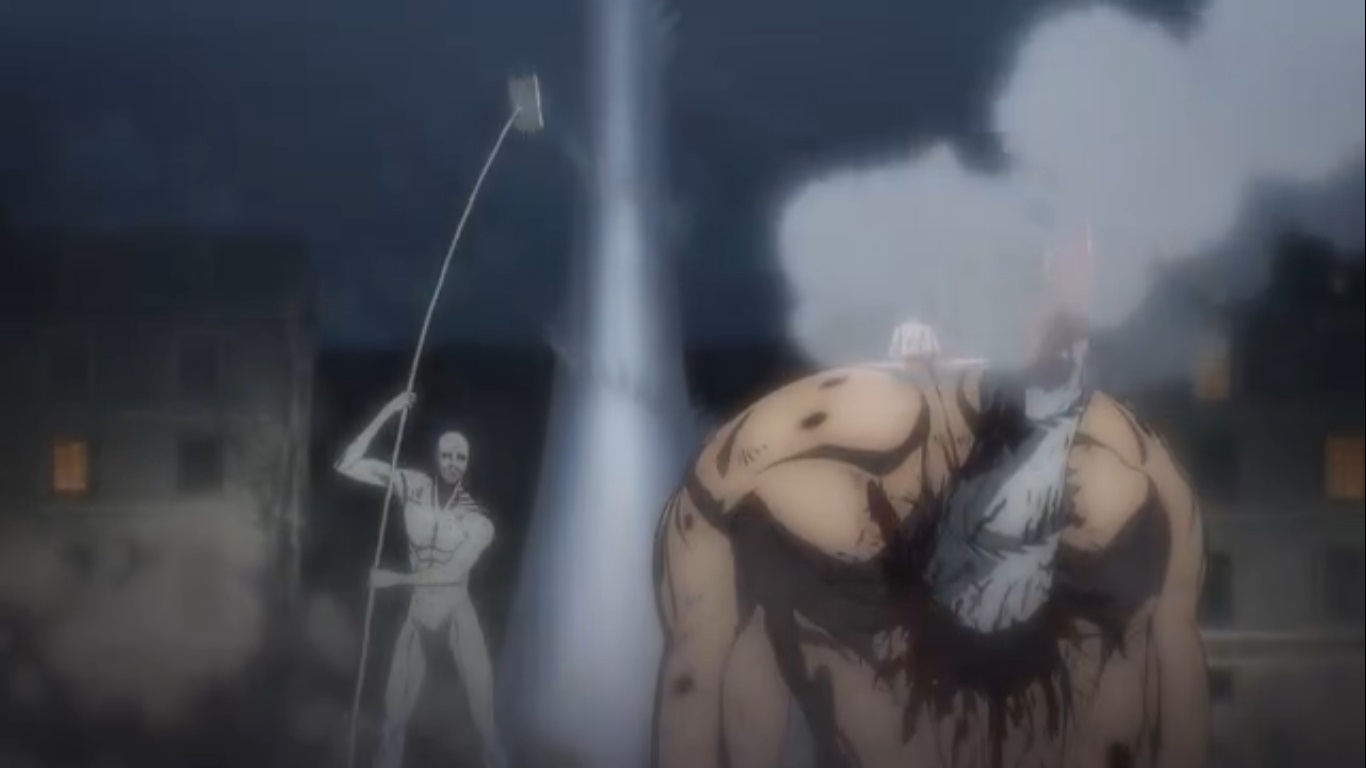 Attack on Titan The Final season continued this week and released Attack on Titan Season 4 Episode 6, which saw the start of Marley’s counter-attack. This season will be the anime’s final one, and we expect to see the conclusion to the anime storyline. We had heard about all the story’s secrets, including how the titans within Paradis Island walls came to be when Willy Tybur talked about The Secrets Behind The Walls.

Eren attacked first when Willy was giving his speech and signaled the start of the war. The survey corps seems to have made their way already. We also saw Mikasa and Levy moving to support Eren, who was seemingly defeated by the Warhammer Titan. Marley forces seem to have underestimated Paradis Island survey corps. They were surprised to see them fight titans head-on with their gears, which gave them an advantage.

Eren quickly found out the weakness of the Warhammer Titan and has quickly immobilized it. It appears that the Warhammer Titan uses hardening for its weapons. But its wielder doesn’t seem to have good battlefield experience and tactics. From Marley’s perspective, once one has Titan powers, they are invincible and need no further training.

This was evident in the last episode and the way that Eren quickly took out the Warhammer titan. The Jaw Titan intervened, but with Levy, Mikasa, and the rest of the squad coming in.

They easily outmaneuvered the titans. Eren now has the Warhammer Titan wielder in his hands. But she has encased herself in an unbreakable hardening crystal. Attack on Titan Season 4 Episode 7 will continue the anime over the weekend when a new episode comes out.

Eren vs. The Warhammer Titan 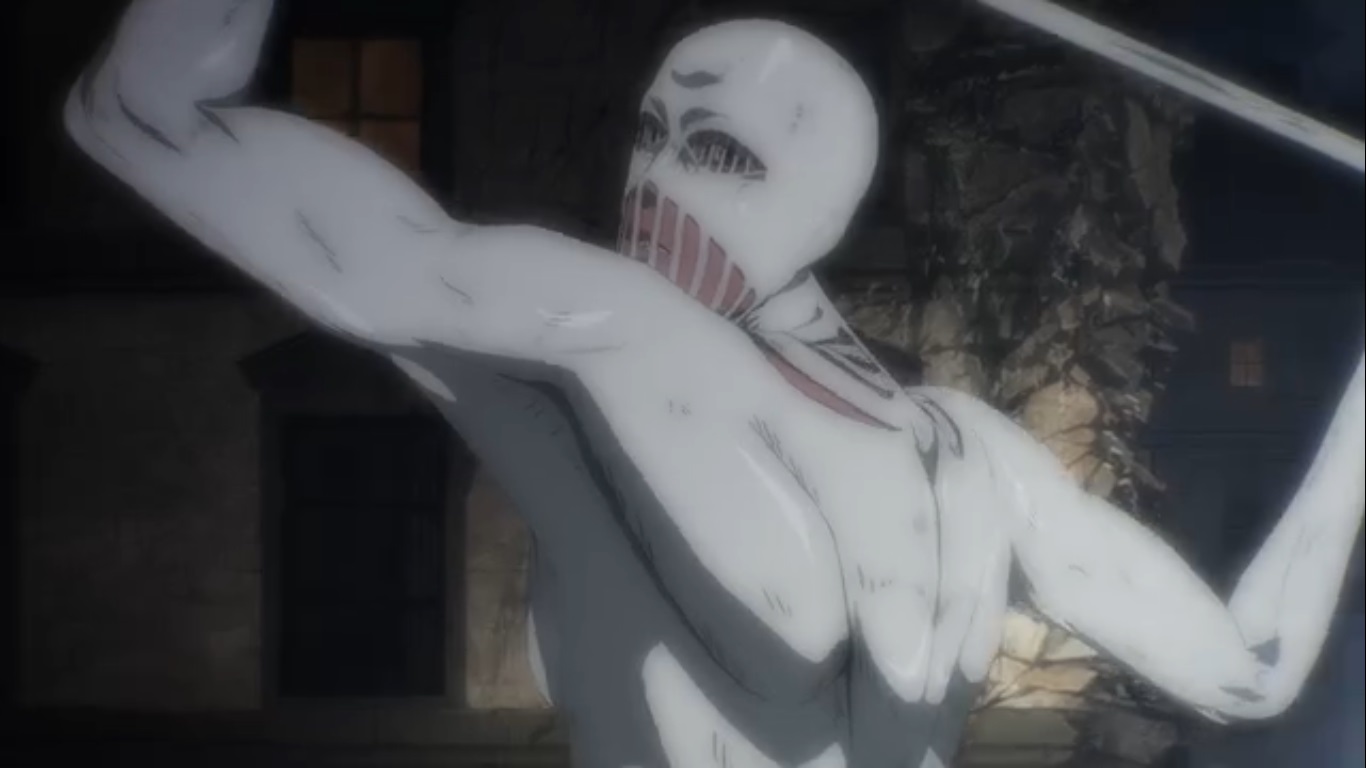 The Warhammer Titan appeared and declared that Eren should be judged for what he has done. But apparently, that was all talk as she had no battle tactics. When Mikasa came in, they both easily disabled the Warhammer Titan, and Eren is about to consume it. If this comes to be, it will greatly shift the power balance in the war. The season is still in its early episode, but it will have a lot of action throughout till the end. When the Warhammer titan appeared, we thought that it would be difficult to deal with.

We thought that the Warhammer titan is so strongly based on its unique abilities, which remains true. Maybe this failure is on the Tybur family for not training its titan’s successor effectively. They tried to hide their inheritor of the titan and kept it a secret. So no one knew, and that makes it difficult for them to be a target. The drawback lies in battle; Eren and his team have trained for years and have fought real titans in a battle to the death.

So they have the advantage of the battle experience and teamwork together. Meanwhile, Marley and Tybur’s family rely on their soldiers and the anti titan weapons. They do not have advanced gears like the people from Paradis do, and this has left them behind. The surprise attack Eren initiated already makes things worse.

The only ones who can fight are the titans, but Eren and his team are already moving ahead. And it appears that the Warhammer Titan is lost. Paradis forces had the initiative from the moment of their surprise attack and are still steps ahead. 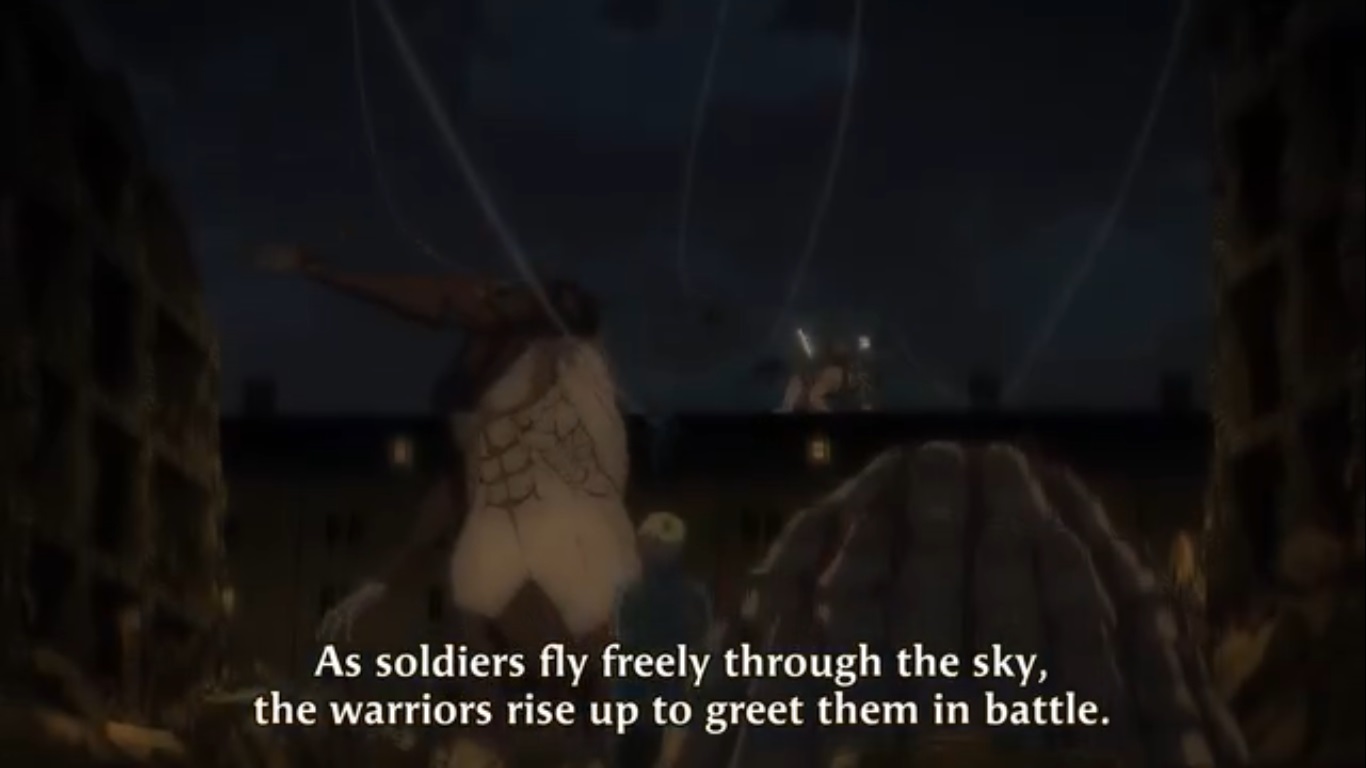 Paradis forces seem to be preparing for their next phase of attack while Marley is still in turmoil. They have been keeping their momentum ever since Erena attacked. Their strategy seems to be that they have to deal with the Warhammer titan first. Now, Eren has stopped it; it will likely not show again in this fight unless Eren consumes it and uses it himself.

The preparations made by the survey corps might be to accommodate their next strategy. We know they already have the colossal titan with them. But it has not made a move yet, so they are putting signals all over the place. The survey corps can use them to give the Colossal Titan instructions and directions once it appears. So soon, we will see their full strategy in action.

It means that Marley is down one titan now, and the Jaw titan doesn’t seem to be in good condition either. But next, Marley is making it move. The Beast Titan has entered the battlefield, and more of its allies, like the cart titan, will be up soon. Either way, the survey corps has fully assembled so that it will be a head-on battle. The survey corps has been fighting titan for a long time, so they have advantages in many forms.

The next episode will expand on this development as the survey corps have now ambushed the Jaw titan. We are still not sure if Reiner will make a move yet. He is busy occupied with the evacuation so that he will come in later in the war. As usual, the next episode will be available for streaming on Crunchyroll and Funimation.