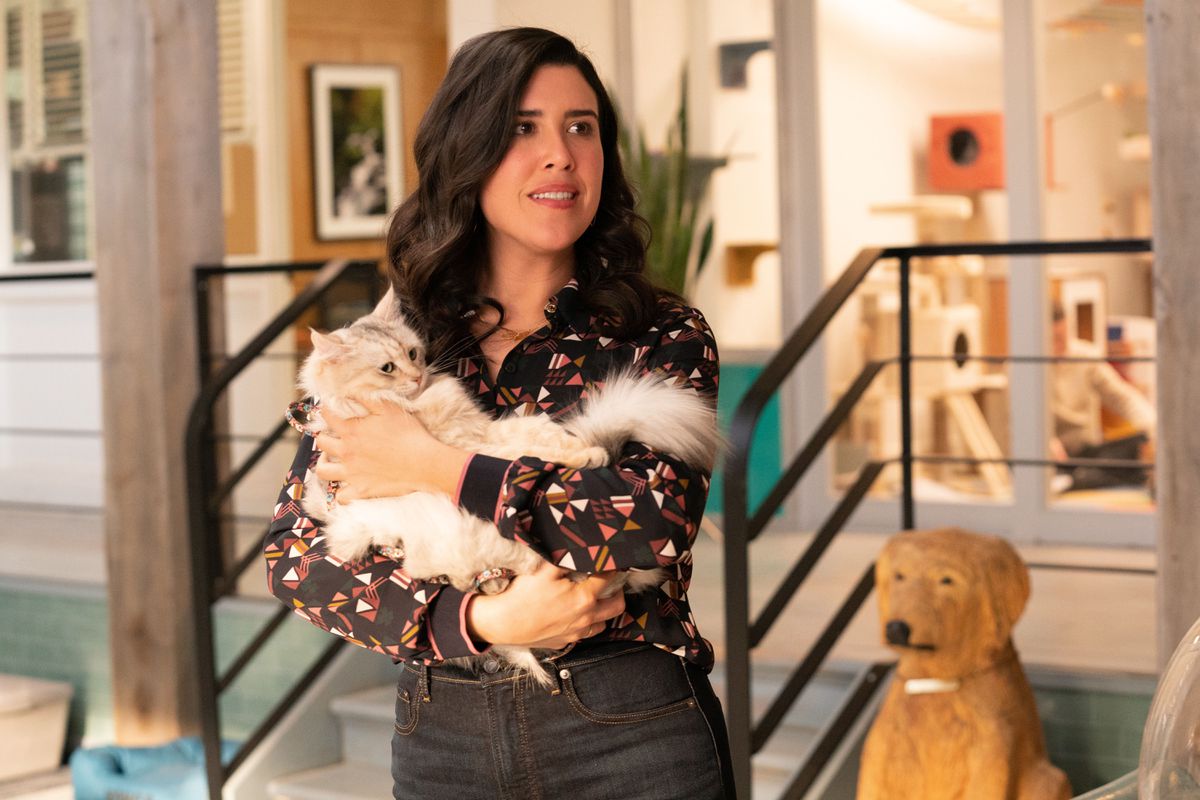 We will look at the show’s premise before moving on to the Strays Season 2 Episode 9. The Canadian-born series centers on a spinoff. It is based on the original Kim’s Convenience television series. Shannon Ross plays the primary role and is attempting to launch a new career.

Naturally, this also involves facing the challenges of adjusting to a new location and making a lot of acquaintances. Shannon will now be employed as the executive director of a Hamilton animal shelter. Well, if you’ve been watching the show for a while, you’ll know that the announcement of this spinoff was met with a significant amount of backlash.

Shannon was the sole white character in the rest of the show, and she is now getting her spinoff instead of the Asian characters, whose tales haven’t been told yet. The production team clarified that Choi would need to be involved in making a spinoff based on the Asian characters because he is the creator. Each episode lasts around 22 minutes. This season consists of ten episodes. What Happened In Strays Season 2 So Far?

Shannon has now scheduled a session with a therapist, and it is clear that she is sincerely attempting to recover from the trauma she has experienced. Later, when Lara arrives, Joy is advised to keep her emotions in check so that she doesn’t affect the next person. Nikki is fine with Peggy assisting her with the dog’s grooming. We also witnessed Nikki’s outright distaste for Paul’s new love interest. Lara is contemplating dating Ravi in a serious, intense way. We observe Kristian and Liam resolving the issue to assist her. We also saw that Shannon had discovered something new when watching a Gran Paws program video. Paul is making a lot of effort to have control over his dreams.

Joy is keeping a secret, and she is aware of the repercussions if it is revealed. Shannon is struggling, as we can easily see. It resulted from a typo in an unintentionally sent text message. By the episode’s conclusion, Kristian is seen canceling a special day off just because he needs to attend to his other responsibilities. The eighth episode of Stray Season 2 was named House Sitting. We will see in this episode that Travis is gone and that Doris needs some time off. Shannon surprised her at this time, and they were both overjoyed to see one another. We’ll see in the future that Liam will support Paul in a land transaction. We also see that Lara and Kristian are making a lot of effort to win her father over towards the end of the episode.

When Is The Strays Season 2 Episode 9 Release Date?

Strays Season 2 Episode 9 will be available for streaming on CBC Gem at the dates and times listed above. This is the channel’s official webpage. However, there are numerous advertisements in the free version.

You can upgrade the plan for a fee if you want to eliminate these grating advertisements. Additionally, the episodes will be accessible on demand. New episodes of Strays Season 2 can also be purchased or downloaded from websites like Apple iTunes or Amazon Prime Video.

What To Expect From Strays Season 2 Episode 9?

Strays Season 2 Episode 9 is titled Promoting from Within. We will witness a tonne of humor and entertainment in the upcoming episode. We will see Shannon get caught between Travis and his past. Another highlight that the fans are waiting for will happen in this upcoming episode.

We will finally see Kristian seeking a promotion and showing courage as he asks for what he deserves. Fans must cross-check the time and date listed above not to miss the episode when it comes out.