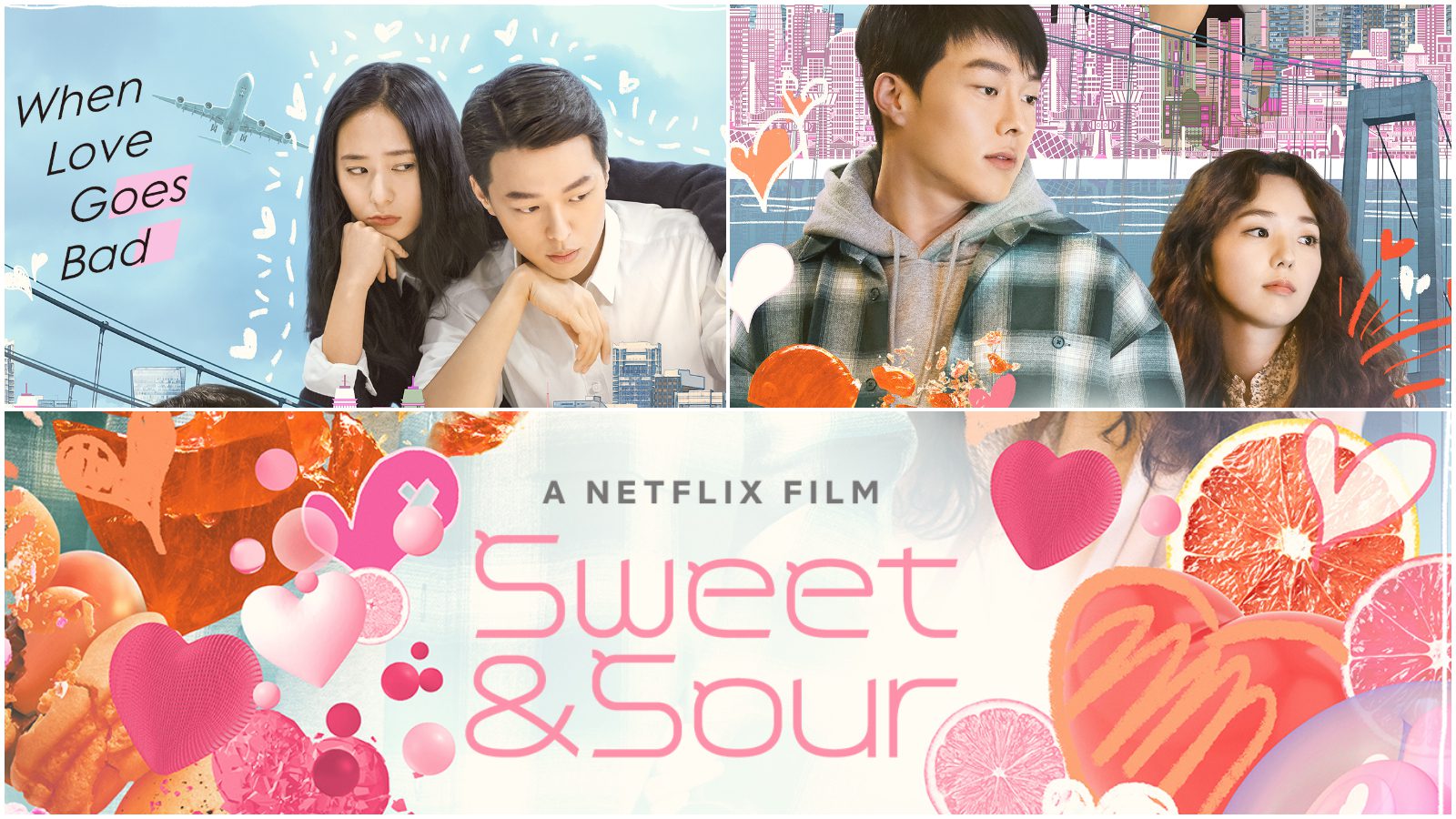 “Where Did It All Go Wrong” is one of the most popular questions one asks during a breakup. And the movie ‘Sweet & Sour’ might help you think of the question one more time. During its release, the 2021 South Korean film ‘Sweet & Sour’ claimed to be a “refreshing romantic comedy”. However, the review of ‘Sweet & Sour’ points somewhere else.

The Korean movie adaptation of the Japanese novel “Initiation Love” written by Inui Kurumi, ‘Sweet & Sour’ takes a look at modern relationships. The story follows Jeong Da Eun, a nurse, and Jang Hyuk, an architect. Dating for a while, when the trouble in paradise begins to knock, things begin to change between them.

As the relationship becomes long-distance, life starts getting more complicated. Finding solace in the people nearest to them, both Da Eun and Jang Hyuk handles the challenges in their own ways. Directed by Lee Kye Byuk, ‘Sweet & Sour’ takes one through the journey of complicated relationships that keeps you wondering where did it go wrong. The movie stars ‘Now, We Are Breaking Up’ fame Jang Ki Young, ‘A Piece of Your Mind’ fame Chae Soo Bin, ‘Crazy Love’ fame Krystal Jung, and ‘At a Distance, Spring Is Green’ fame Lee Woo Je. 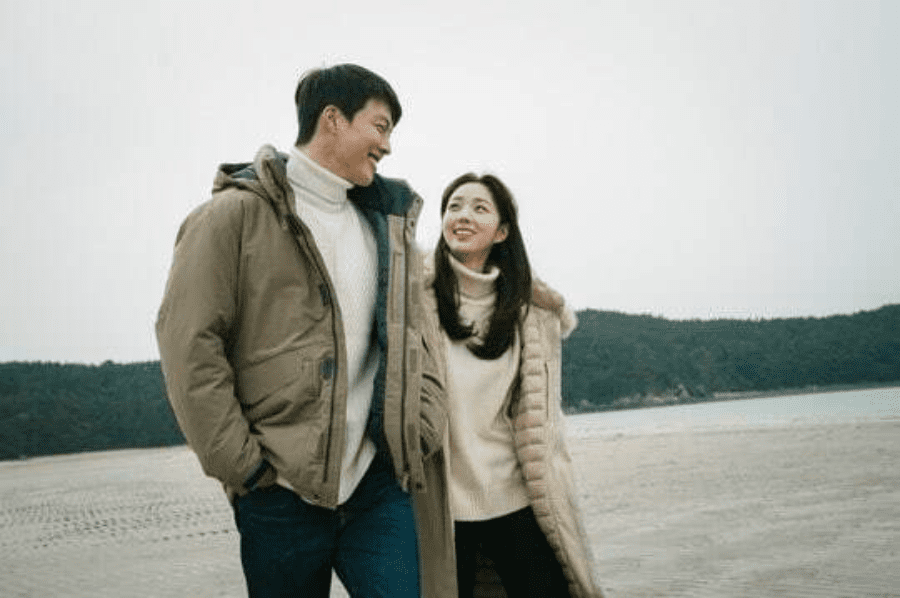 ‘Sweet & Sour’ Review: A still from the movie.

‘Sweet & Sour’ Review: The Thoughts During The Movie

The movie ‘Sweet & Sour’ is a funny take on long-distance relationships. Call it a bit dark, but that’s how most long-distance relationships. As the movie goes on, we go through the relationship of Jeong Da Eun and Jang Hyuk. Dae Eun is a nurse and works long shifts at the hospital. While Jang Hyuk is an architect. Things were great between them as the two lived together and worked in the same city. But as Jang Hyuk had to move to Seoul to work in a huge company on a contract basis, things changed. He tried making it work in the start, and we love it for him. But when he went down once, the man never came back up again.

As the two reunite after their breakup (minor spoiler) at their airport before heading to Jeju Island for the holidays, we, the viewers (who, by the way, came for a happy ending of a cute couple but were disappointed with the man), and Jang Hyuk are hit by a major twist. The twist might or might not go over the head. Thanks to the little recap, we go through the relationship once again and are left with Jang Hyuk questioning himself ‘where did it go wrong again’. 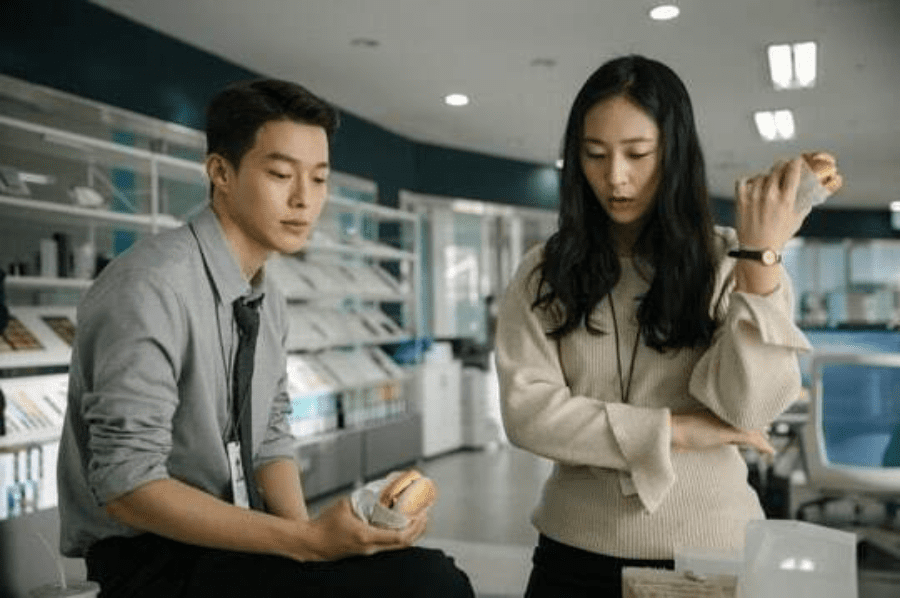 ‘Sweet & Sour’ Review: A still from the movie.

To talk about ‘Sweet & Sour’ in a sentence and summarise the plot, one can say that ‘a cheater cheated on a cheater who was already cheating a cheater.’ While many fans say Jeong Da Eun for ‘cheating on her boyfriend’, Jang Hyuk deserved it as he was no saint and already cheating on her. In fact, he was already having feelings for his colleague Han Bo Yeong. The movie ends with Jang Hyuk being left all alone at the office party and nothing. He’ll have to go back to the company he was working in the same city as Da Eun. Hey! but at least he has a free trip to Jeju Island with Bo Young, who is planning to leave to study abroad soon.

How Do The Viewers Feel About The Movie ‘Sweet & Sour’?

‘Sweet & Sour’ has gotten mixed reviews from fans all over the world. Some love it, and some think it was a waste of time with a really bad plot. The only aspect of the film that has gotten a positive review is the casting of the movie. The chemistry between Jang Ki Young and Chae Soo Bin is undeniable. And the fans want to see them together in a k-drama. While the fans who actually liked the movie ‘Sweet & Sour’ are hoping for a second part as it would be fun to see the exes reuniting with the people they were cheating on each other for the holidays at Jeju Island.