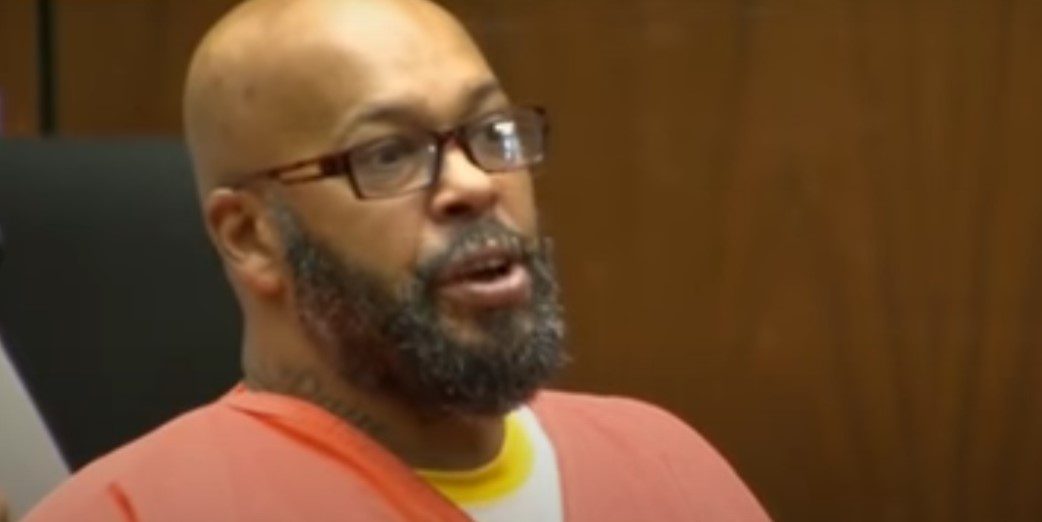 Disgraced hip hop producer Suge Knight’s wrongful death case ended up a mistrial. Consequently, the disgraced producer will be released. Here’s everything you need to know about the Suge Knight release date. Firstly, the civil trial involving Suge Knight from a 2015 case concluded in a mistrial. So, let’s explore the life and trajectory of this man, what is a mistrial and how often do these things occur in the US Court system.

Back in 2015, during the shooting of the musical biopic Straight Outta Compton, Suge Knight entered into a conflict with Cle Sloan aka Bone, and Terry Carter. Moreover, the conflict boiled to a heated dispute, and Knight stroke the two men with his truck and killed Carter. After that, Carter’s Widow took the case with legal counsel and seeks justice. After the case being declared a msitrial, the woman seeks to put the case again in the judicial system.

Suge Knight currently serves a 28-year sentence after pleading no contest to Carter’s manslaughter. His plea involved serving 22 years for the manslaughter plus six years for his third-strike violation. But in light of the recent events, Compton Court Judge Thomas Long declared a mistrial after a jury of Suge’s peers got deadlocked 7-5 in favor of the plaintiff. Since they couldn’t come up with a verdict, the seven-year long litigation ended up in a mistrial.

What Is Pleading “No Contest”?

Pleading no contest is when a defendant in a criminal case does not admit to the charges but does not dispute them either. This plea is often used in order to avoid a trial, as it essentially results in a guilty verdict without the need for evidence or testimony. No contest pleas can be beneficial for both the defendant and the prosecution, as it saves everyone the time and expense of a trial. However, there are some drawbacks, such as the fact that the defendant will still likely be sentenced as if they had been found guilty at trial. Lastly, pleading no contest is a major decision that should not be made lightly.

Who Is Suge Knight?

Suge Knight is an American record producer, music executive, and former football player. He is the co-founder and former CEO of Death Row Records, which rose to prominence in the early 1990s with artists such as Dr. Dre, Snoop Dogg, and Tupac Shakur. However, Knight’s career has been marred by violence and legal troubles, and he is currently serving a 28-year prison sentence for manslaughter.

Knight was born in Compton, California, and played football at the University of Nevada, Las Vegas. He co-founded Death Row Records in 1991 with Dr. Dre and helped launch the careers of several major hip hop artists. However, the label was also synonymous with gang violence, and Knight was accused of being involved in several murders. In 1996, Tupac Shakur was killed in a drive-by shooting, and many believe that Knight was behind it.

In 2015, Knight was charged with manslaughter after he ran over two men with his car, killing one. He was found guilty and sentenced to 28 years in prison. Knight’s career is a tragedy, as he helped create some of the most iconic music of the 1990s but will now be remembered as a convicted murderer. His story is a cautionary tale of what can happen when gang violence and the illegal drug trade are allowed to flourish unchecked.

Though Suge Knight’s civil case was declared a mistrial, this doesn’t affect his release date. Thus, Suge Knight’s release date isn’t affected. Moreover, he doesn’t have a set release date. In the United States prison system, inmates get parole eligibility after they serve a certain amount of time. And for Suge Knight there’s a long way to go, more specifically, he’s eligible for parole in 2034. With this last bit of information, we conclude our coverage of this topic here at Otakukart. Thanks for your attention. And please keep browsing our content to stay on top of the latest developments from the entertainment world. See you soon.

Also Read: Matt Fitzpatrick Net Worth: The Worth Of US Open Winner!