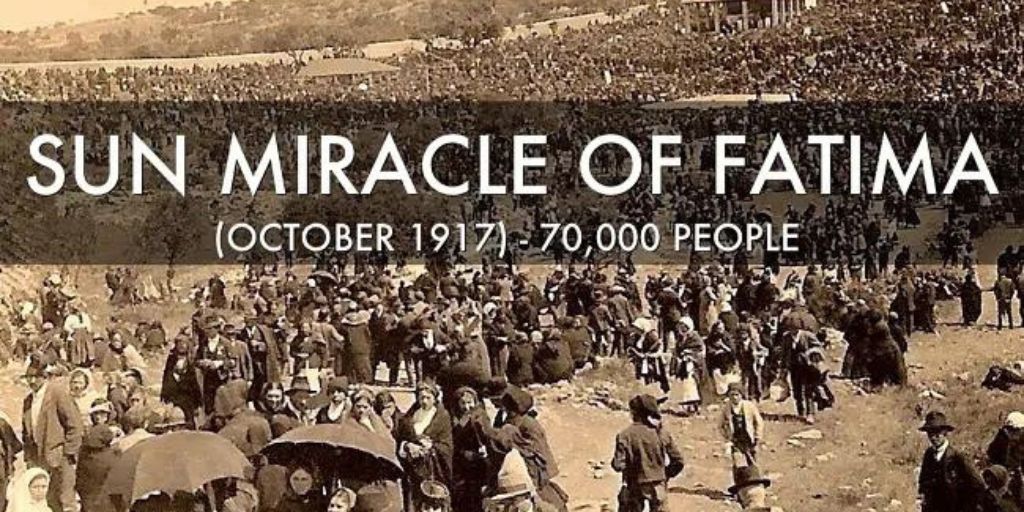 Here is the Miracle Of The Sun Explained – What Is So Strange About It? In Fatima, Portugal, on October 13, 1917, some 70,000 people gathered in the Cova da Ira field to witness a magnificent miracle that a little shepherd girl had predicted the Blessed Virgin Mary would perform on that day. Miracle of the Sun is the term used to describe “exceptional solar activity, such as the Sun appearing to ‘dance’ or zig-zag in the sky, or radiate multicolored light and brilliant colors.” it happened at the precise time foretold and lasted for around ten minutes. The author Peter Chojnowski’s piece “The Miracle of the Sun” has specifics from eyewitness testimonies.

What proof is there that what happened in Fatima on October 13, 1917, was a genuine miracle rather than just a religious tale, a widespread delusion, a regular natural event, or a hoax? Here is Miracle Of The Sun Explained.

Miracle Of The Sun Explained

The Miracle of the Sun also referred to as the Miracle of Fátima, is a series of events that are said to have taken place miraculously on October 13, 1917, in front of a large crowd gathered in Fátima, Portugal, in response to a prophecy made by three shepherd children, Lcia Santos, Francisco, and Jacinta Marto. It was predicted that the Virgin Mary, also known as Our Lady of Fátima, would appear on that day and work miracles. Newspapers covered eyewitness stories of extraordinary solar activity, such as the Sun appearing to “dance” or zigzag in the sky, speeding toward Earth, or emitting multicolored light and bright hues. According to these sources, the incident lasted around ten minutes. 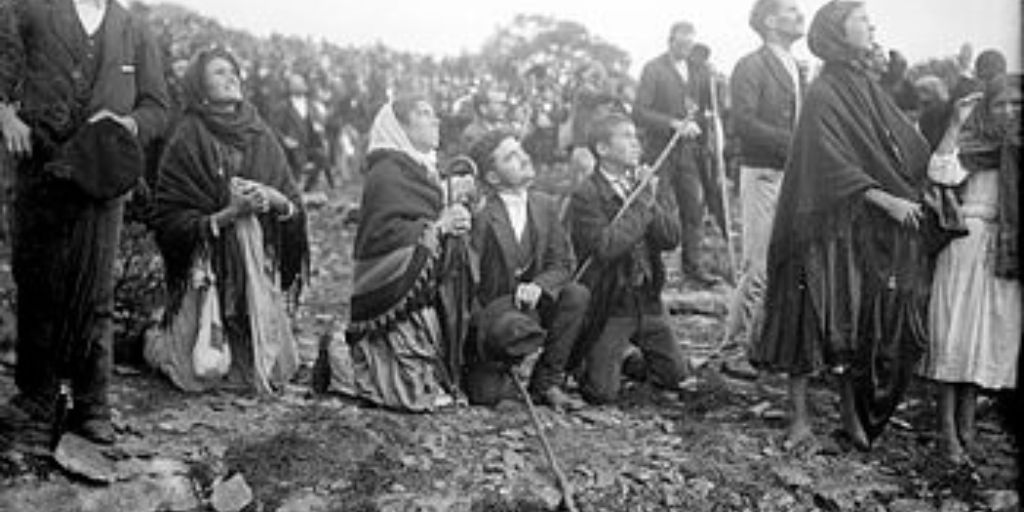 In November 1917, the local bishop launched a canonical investigation into the incident to examine witness reports and determine whether the purported private revelations from Mary were consistent with Catholic doctrine. The corroborated accounts of exceptional solar events from the in-person testimony of secular reporters, government representatives, and other doubters greatly persuaded the local priest handling the probe. On October 13, 1930, Bishop José da Silva deemed the miracle “worthy of belief,” formally approving the worship of Our Lady of Fatima inside the Catholic Church.

Cardinal Federico Tedeschini, the papal legate, informed a million attendees of a gathering on October 13, 1951, in Fátima that Pope Pius XII personally observed the miracle of the Sun from the Vatican gardens on October 30, 31, October 31, November 1, and November 8, 1950. Many Catholics’ devotional practices have been significantly impacted by the early and lasting fascination with the miracle and associated prophecies. 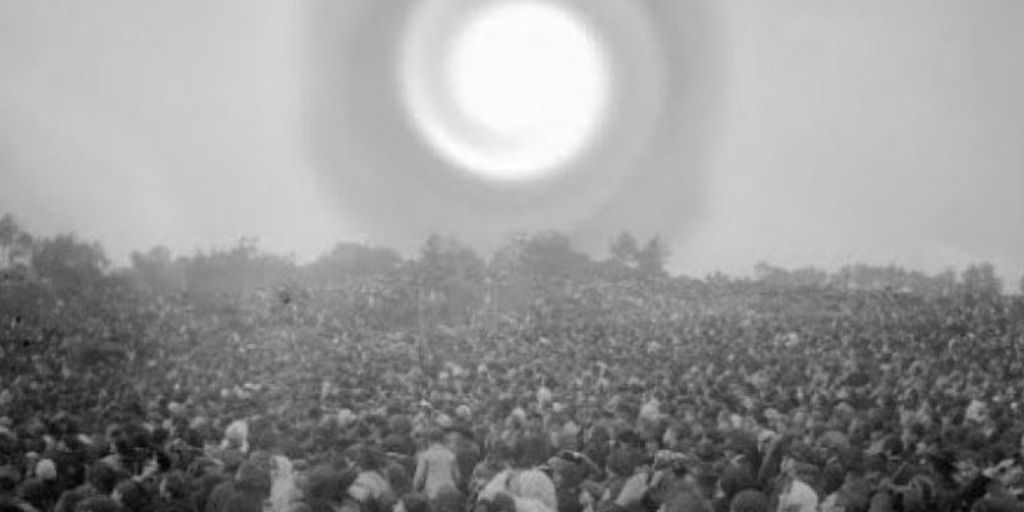 Numerous analyses of the incident from critical societal and scientific angles have been made. The eyewitness testimony, in the opinion of detractors, was essentially a compilation of inconsistent and contradictory testimonies. Alternative theories include the possibility that witnesses were tricked by their senses after spending too much time staring at the Sun and then noticing anything unusual as was predicted.

What Happened That Day?

According to Avelino de Almeida, who wrote for the Portuguese newspaper O Século, there are between 30,000 and 40,000 and 100,000 individuals present. This estimate comes from attorney José Almeida Garrett. There have been a number of assertions made regarding what exactly transpired during the event. Heavy clouds were said to have broken after a spell of rain, showing the Sun as an opaque, rotating disc in the sky. The surrounding sky, people, and clouds were said to be lighted by colored lights, and it was said to be much duller than usual. The Sun was then claimed to have careened toward the Earth and zigzagged back to its normal position. 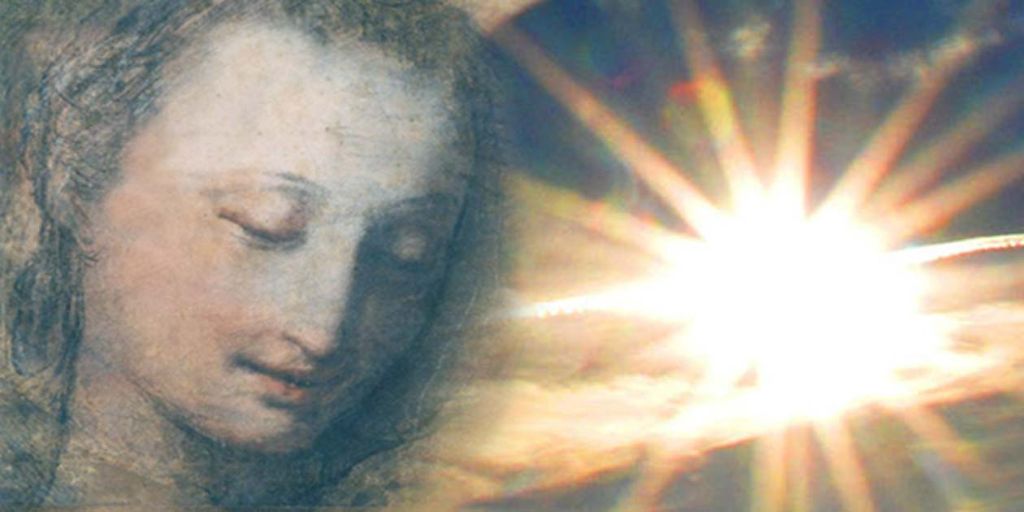 Witnesses stated that the previously soggy ground and their previously wet clothing “suddenly and fully dried” as a result of the rain that had been falling. Not every witness claimed to have seen the Sun “dance.” Some individuals just noticed the vibrant hues. Many people reported seeing nothing. Brian Dunning, a skeptic, claims, “An ancient black-and-white photo of the actual sun miracle event shows the sun peeking through a lot of dense rain clouds that are hiding some trees. There is undoubtedly nothing out of the ordinary about the image, but a photograph is static by nature. Whatever the crowd observed wasn’t intriguing enough to be captured on camera “.

During their third visit to the Cova da Iria on July 13, 1917, Lcia urged the Lady to reveal her identity and perform a miracle so that everyone would believe, according to the fourth edition of her memoirs, which she wrote in 1941. The Lady advised her to keep visiting the Cova every month until October, when the sought miracle would take place.