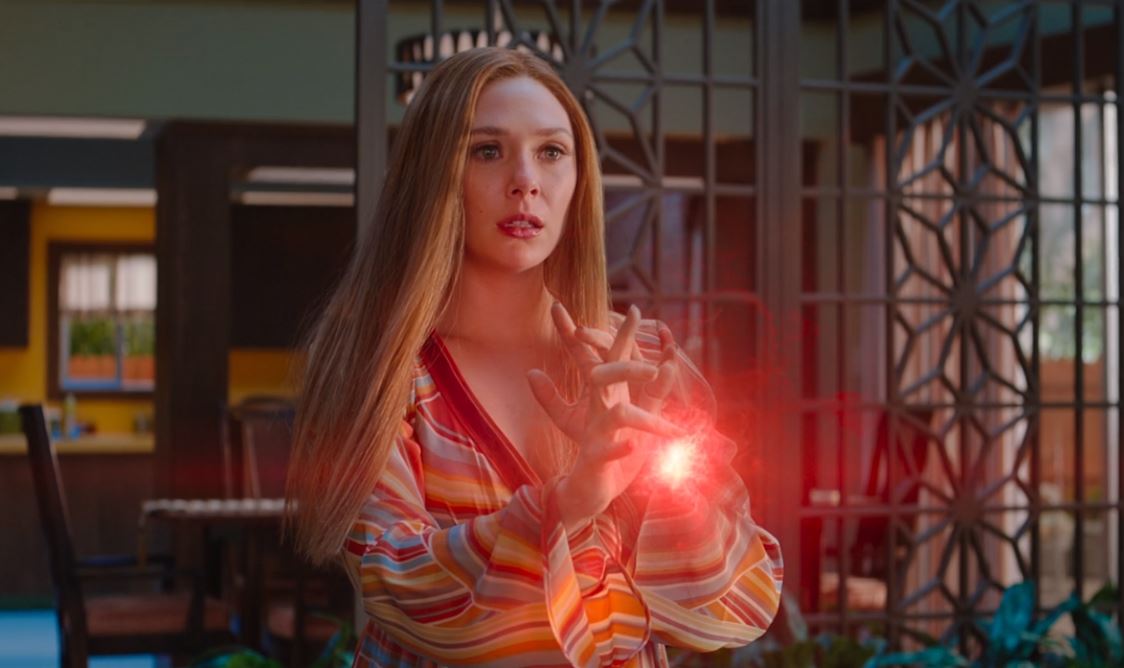 The previous episodes of WandaVision saw Wanda meeting up with Geraldine. And a few weird incidents about the S.W.O.R.D. Logo. The logo is seen a total of four times on – a notebook, a drone, the beekeeper’s outfit, and finally on Geraldine’s necklace. Agnes and Herb suspect Geraldine as she was new to town and apparently had no family or home. Things become a bit eerie as Agnes stops Herb from saying his phrase. But our suspicions start materializing as we follow up with Geraldine and Wanda. Geraldine knew of Ultron, so Wanda throws her out of her fabricated reality.

We meet up with Monica Rambeau, daughter of Maria Rambeau, back from Captain Marvel. We witness everyone coming back from the blip in WandaVision as she is seen at a hospital materializing back to existence from the blip. Monica encounters everyone else as they come back too. She believes that she slept for like 20 minutes and tries searching for her mom. That’s when she is made to realize that she had vanished. And within the 5 years, her mom again got sick and had passed away. 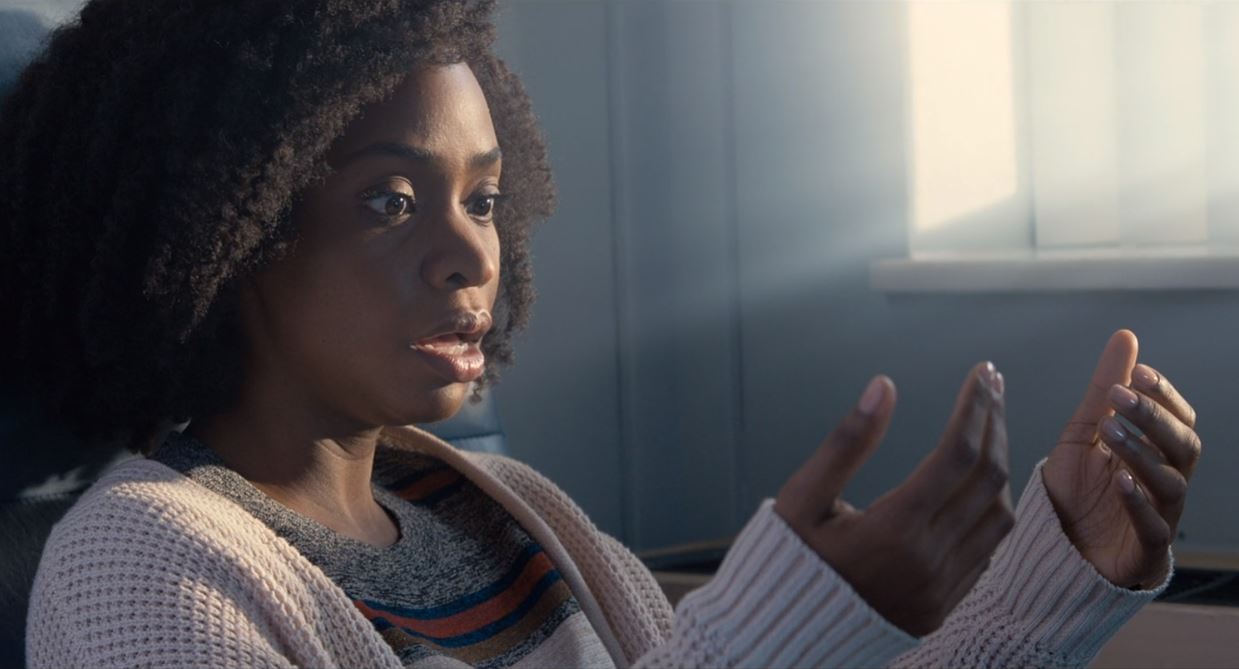 A few weeks later, she returns to S.W.O.R.D. Headquarters where she meets up with Acting Director Tyler Hayward. They joke around about their ages, after which they come to the point. By the time Monica had vanished. Many of the programs were changed. Missions were now focused on creating Nanotech and Artificial Intelligence. And unlike its name, they weren’t just observing sentient weapons but building them. They realize that the universe is full of threats and allies, and they must be prepared for either of them.

In terms of Monica’s assignment, she was to help the FBI with a missing person case in New Jersey. They had requested an imaging drone, which Monica was to chaperone for them. She is confused as drones are usually used to have an eye on the agents themselves. But then she finds out that she had been grounded.

According to the new protocols set, all personnel who were to return from the blip were to be grounded. There would only be terrestrial missions for them to be done for a certain time. Monica’s mom set this protocol. Tyler points the positive side of this is that Monica’s mother believed that her daughter would return. Monica understands the situation as she is ready to go.

Monica heads to her mission in Westview, New Jersey, where she meets up with FBI agent James E. Woo. The problem at hand was quite a weird one as the missing person at first is a witness. But as James went to retrieve them, they seem to be missing. And when he tries contacting their close associates and family, they had never heard of them. And when he tries to contact Law Enforcement, he faces a new wrinkle. The sheriffs of the town do not acknowledge the existence of the town just behind them, Westview. And claim they are from Eastview, showing that there was some selective amnesia among the residents. The case wasn’t a missing person’s case but a missing town case—a town filled with 3892 people.

Fearing that the town doesn’t wasn’t them to go in, Monica takes out the drone to surveil the area. They theorize why they weren’t unaware of Westview. As they feel they must be in a certain radius or have a connection with the town. As she flies the drone, it soon vanishes after it goes a few yards. Monica goes to inspect it, and she sees an energy field. When she tries to approach it, she is pulled into it.

Kat Dennings, popularly known for her role in 2 Broke Girls, returns to MCU to reprise Darcy’s role. She had majored in Astrophysics and is driven to S.W.O.R.D. Response Base outside Westview. She is brought along with people who majored in Nuclear Biology, Artificial Intelligence, and Chemical Engineering. And soon makes out that S.W.O.R.D. had no idea what they were dealing with.

She enters the base to realize that S.W.O.R.D. had no data yet on what was happening. And so takes out her equipment to assess the situation. As she checks the readings, she notices a colossal amount of Cosmic Microwave Background Radiation. The S.W.O.R.D. Felt that they were within the safe limit, but apparently, it was not for long. She notices that the longer wavelengths had superimposed themselves over the noise. So, she takes out a piece of equipment, having a monitor. And as she connects it, she sees WandaVision of the 1950s and asks for a Vintage Television.

Agent Woo and Director Hayward discuss the possible threat the town imposed on the agents. They try to get a visual of the town when Darcy was there watching WandaVision. Darcy can identify Wanda and Vision but is confused as she knows that Vision had died and not blipped. They aren’t sure if the clip is real-time, fabricated, or even recorded. But Darcy does know that it was from the signal outside which showed high levels of CMBR. And entwined to that broadcast frequency was this. She plugged it into a vintage television to get audio and video, which showed a sitcom featuring two of the Avengers. The Director decides to go through this route as he asks Darcy to keep analyzing the clips. And here we witness the S.W.O.R.D. Logo in the first episode as Darcy closes her notebook.

The following investigation takes place to get Intel on Captain Rambeau and other missing people. And after identifying two individuals from the Westview anomaly, they try to identify the rest. Mr. & Mrs. Hart were played by Todd and Sharon Davis, Norm by Abhilash Tandon, Jones by Harold Copter, Beverly by Isabel Matsueida, and Herb by John Collins. They even try to find the answers to questions, including, Why Hexagonal Shape? Why Sitcoms? Were they in the same time and space? And was Vision alive?

As they keep analyzing, they identify Monica Rambeau. But they weren’t able to figure out her condition. She did not look like the same person, so they theorized if she was in deep cover or was forced to play along. The situation was unique as they couldn’t identify the anomaly as time travel, an alternate universe, or a social experiment. They had a scarcity of Intel, and all they knew was that WandaVision was a sitcom. So, they try making contact with Wanda by the radios present near her. They will mimic the frequency, which will allow Woo to speak to her directly.

Just then, an agent comes gives an image from WandaVision episode 2. The drone they had sent had changed to a retro look, possibly to match the production design. But the weird part was that the image was colorized. As Wanda was speaking to Dottie, Agent Woo tries to contact her. But weirdly, the sitcom skips that part and cuts to where Dottie hurts her palm.

Meanwhile, Agent Franklin, who is sent to infiltrate the town through sewers, infiltrates the energy field. But as soon as he does so, his outfit changes to that of a beekeeper. And the scene turns black and white as the wire gets off of him.

Darcy and Woo notice how WandaVision switched time periods from the 1950s, 1960s, and 1970s. And they witness the twins’ birth, which makes Darcy emotional as she was now invested in the show. But then something unexpected happens, as Geraldine refers to Ultron. This was the first time there was a reference to the real world.  But the broadcast was censored as the show again cuts to the end credits.

We get to see what occurs during the cut in broadcast as Wanda gets suspicious of Geraldine referencing Ultron. She declares that Geraldine wasn’t her neighbor or friend and was trespassing in her home. So using her powers, Wanda removes Monica from her ‘WandaVision’ reality. As Vision gets back home, she freaks out seeing walking dead Vision and tells him that Geraldine had to rush home. Vision is worried about them, but Wanda reassures him, saying that she has everything under control. Back outside the Westview, Monica claims that Wanda had created that world.

This episode of WandaVision answers a lot of questions of the series. And only makes the audience much more intrigued to wait until the next week—the connections made between various S.W.O.R.D. Logos were on point. And everything seemed quite well planned. Some truly eerie things were happening in Westview, and Wanda seems like the prime suspect for doing so. She may have unknowingly created this reality to spend time with Vision. And it seems like she isn’t going to be done very soon. We will soon get the answers to further questions in the next week of WandaVision.

You can watch all episodes by WandaVision on Disney+.