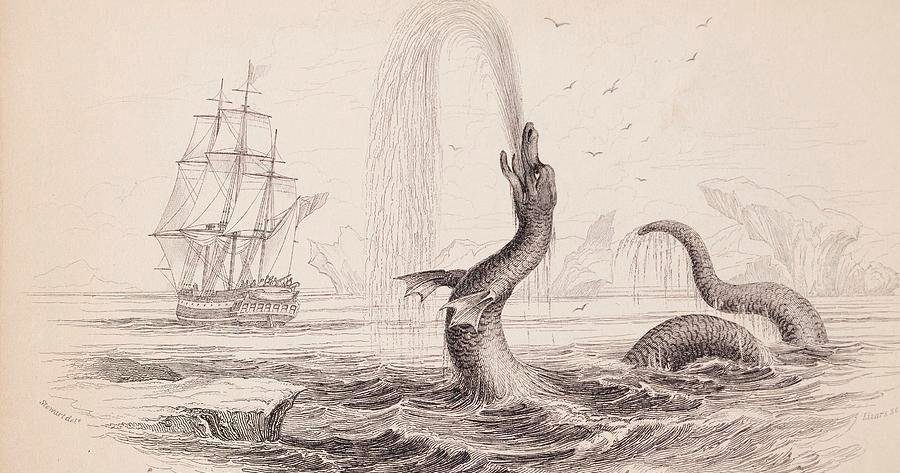 Colossal Claude is a sea monster in circumstances you haven’t listened of him. Colossal Claude, as well known as Marvin the Monster, is a sea creature that was discovered adjacent to the Columbia River in Oregon. Colossal Claude is believed to be between 15 and 40 feet in length, including an 8-foot throat. It has a pale skin body that is spherical, a snake, mare, or camel-like top, and a lengthy sinuous tail. L.A. Larson, the very first fella of the Columbia River Light cruiser, first reportedColossal  Claude in 1934. He has seen a 40-foot-tall living creature with an “eight-foot-long neck, a big shaped torso, a mean-looking tail, and a villainous, snakelike look to its face.”

Many staff members on the Lightship used binoculars to observe the monster. The team of the catching fish trawler Viv saw Colossal Claude once more in 1937. The master of the Viv, Charles E. Graham, characterized it as a “lengthy, hairy, complexion monster, roughly 40 feet in length, with a 4-foot waist.” Some few months later, a husband and wife saw what they mentioned as an “underwater giraffe” across Devil’s Churn. Colossal Claude was also seen by the crew of the halibut fishing ship Argo in 1939. It picked up speed over the fluid, 10 feet apart from the metal structure.

Colossal Claude, possibly a jellyfish or a whale. Another theory is that it is a plesiosaur that has survived.

The Legend Of Colossal Claude

Claude was first spotted by the staff of the Lightship Columbia on a fairly peaceful day well beyond Columbia River Restaurant in 1934. “It was around 40 feet in length,” said crewman L.A. Larson afterward. “That had an 8 -foot neck, a big shaped torso, a truly imply tail, and harsh, twisty eyes,” Larson mentioned about Claude to the rest of the staff the next day. And people spent time looking at it using binoculars.

They requested permission to reduce a boat and “go out and get it,” but the officials advised against it for fear of swamping the cruise. It must be acknowledged that the Columbia’s responsibility, that “tended the headlamps and broadcasting transmitter that direct vessels securely to and away from teeth of the Columbia river,” was extremely difficult at the period. 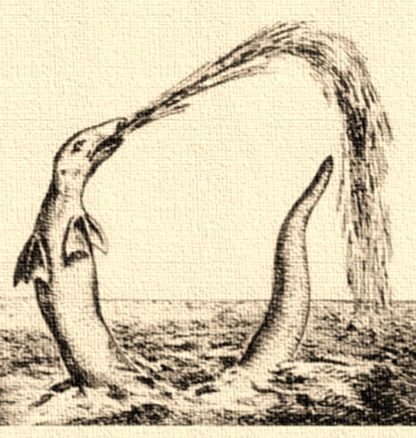 The Oregonian disclosed in January 1934, not long just before Claude’s spottings, that the captain and crew had effectively weathered a month of risky storms, with only 1 crew member snapping. “He went insane and had to be tied up for protection until a lighthouse contracting authority could creep close enough three days later to get him there”, and rush him back to the mainland so that he could soothe and calm his nervous system,” the daily paper wrote. However, Claude’s occurrence cannot be ignored as the outcome of tough, dangerous work at sea. The huge serpent was also seen by fishers and the crews of other boats.

A troller was stationed in Astoria in 1937, and the captain reported viewing “a tall, bristly, grey animal, with the face of an overgrown horse, approximately 40 feet in length and with a 4-foot belly measure.” Local fishermen gestured as they listened to the story. “It’s Claude,” one of them responded. Marine biologists determined that Claude was most likely a whale shark or an elasmobranch, but after that, the legacy had trumped scientific evidence. In 1967, Peter Cairns, a “Portland author of sensible perseverance and faith,” wrote in The Oregonian that for a decade “it began to look as if Colossal Claude would serve as the county’s chief challenge for Scotland’s iconic Loch Ness Monster.

Mentioning that the animal was frequently “viewed by reputable witnesses, despite the fact that undeniably a few fake stories narrated about him, too.” The issue was that Claude had vanished. “The formerly water serpent hasn’t been seen since the mid-1950s,” claimed Cairns. Colossal Claude is still lacking to the present day. Since that 1967 article, he is not being discussed in The Oregonian.

Sure, each of these “witness statements” sea-monster spottings could simply be fishing vessels enjoying a good time at each other’s cost in seafront local pubs and restaurants. But there are several fascinating elements to the “Colossal Claude” tale that give the expansive reason to just not ignore those out of the arm. Initially, there is the witness accounts of incidents by a number of people, the majority of whom are unconnected to each other. Normally, in a scenario like this, conspiracy is not out of the question – “Hey guys, let’s tell everybody we had seen Colossal Claude!” – but it is confusing, and yet most hoaxes ultimately crumble. Such ones, assuming they are such, haven’t ever done so.

Then there’s the issue of timing. All “acknowledged” spottings of Colossal Claude occurred during the summertime Chinook salmon season, near the river’s mouth. Given the amount of fish flowing through and out of that body of water at that period of the year, if there was a creature hiding in the waterways off the Oregon coast, it would be present. It’s also worth noting that Claude was last observed plundering a vessel’s fishing lines in 1939, a few years later Grand Coulee Dam trimmed off much of the Columbia River’s nesting grounds and began the river’s salmon fishery’s demise. 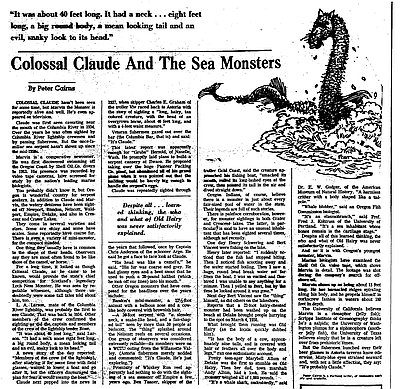 But, 3rd, there exists a hypothesis circulating that, even as undoubtedly implausible and uncertain, is truly barely plausible. The theory is that plesiosaurid settlers lasted the Cretaceous-Paleogene Extinction Level event, the one that wiped out the dinosaurs and survived for 66 million years in the ocean’s depths. Based on this concept, at least a single of these creatures did end up placed in the deep oceans just off the Columbia River, consuming the salmon that passed through. According to this supposition, Colossal Claude was the final of his kind, and he died once the simple salmon fishing ceased.