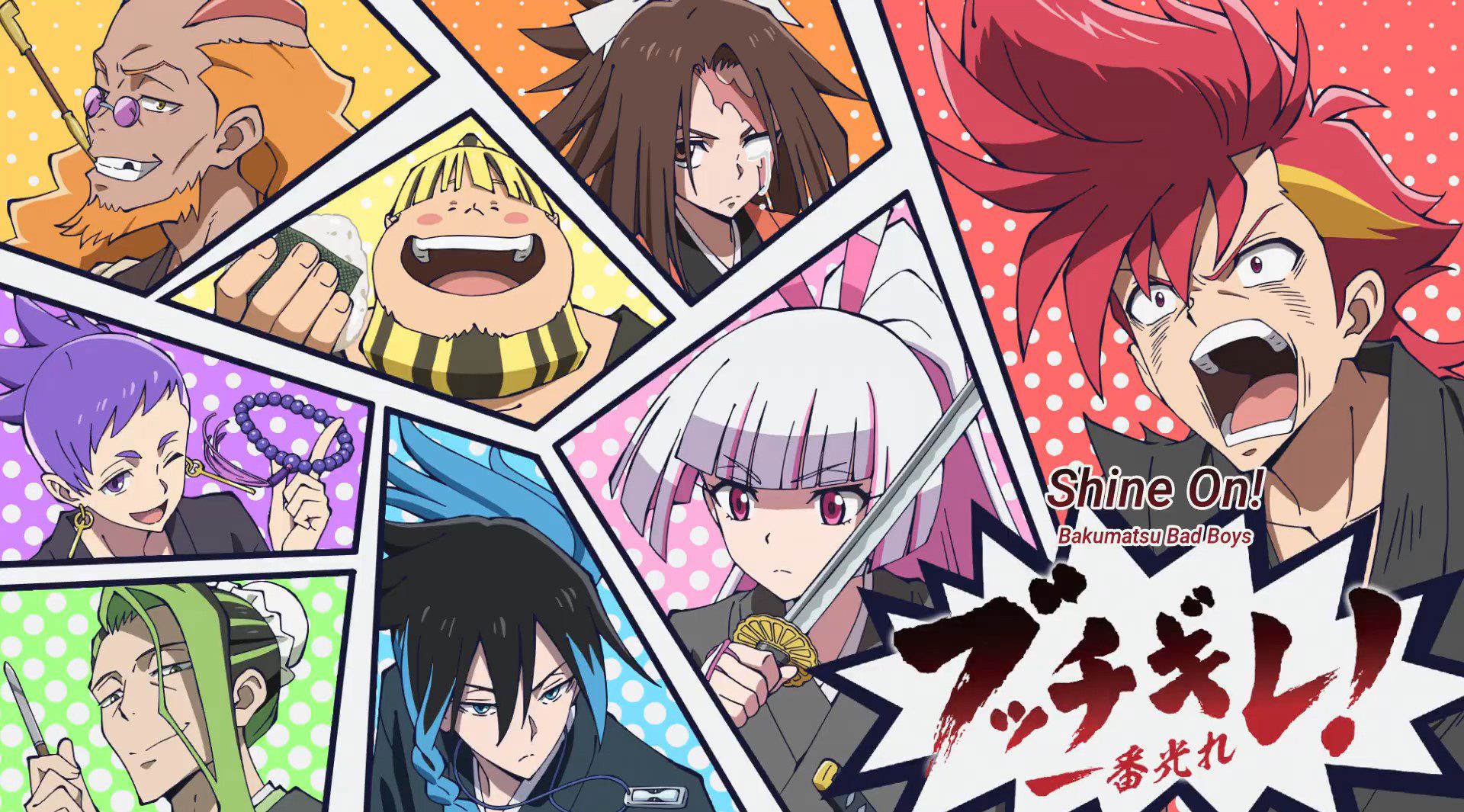 An unidentified enemy has been all but destroying the Shinsengumi security force, except for one survivor. The Shinsengumi replacements were selected from a group of seven convicts. To maintain control in Kyoto, an undercover replacement mission is initiated. It includes genres such as martial arts, swordsmanship, medieval and feudal Japan, and original works.

A group of seven criminals stands in for the murdered Shinsengumi members under the command of Ichibanboshi, whose family was also massacred by the Masked Demons. In his role as Commander Isami Kondo’s replacement, he pursues the Masked Demons to exact revenge for his parents’ murders, along with the other replacements. It’s time for ex-criminals to show their best self as they reestablish law and order! It’s time for them to shine brightest!

A major emphasis in this episode is placed on setting up the biggest conflict in the season. Shine On Bakumatsu Bad Boys Episode 11 illustrates the depth and breadth of the impending disaster by well depicting the impact of personal and political issues. Shine On Bakumatsu Bad Boys Episode 11’s personal plot developments isn’t as dramatic as the battle itself. In particular, Rashumaru’s story took an unexpected turn in this episode. 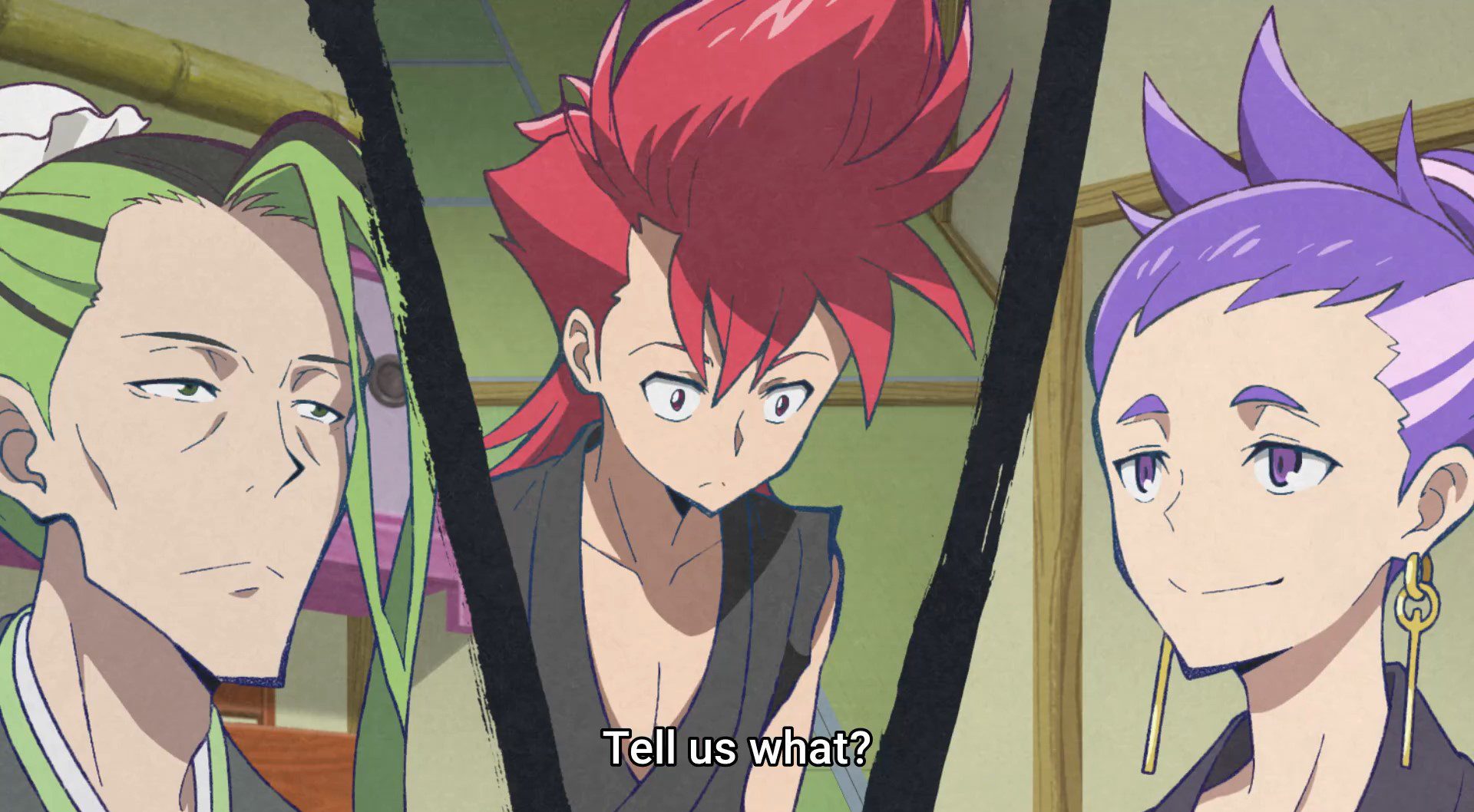 Rashumaru’s moment of transition in this case is a cheap way to ensure he and Ichibanboshi continue to fight until the end while making the spectator more sympathetic toward him. A more natural and ultimately meaningful way to resolve their disagreements would be to just allow them to do so. Shine On Bakumatsu Bad Boys Episode 11 puts a lot of effort into building tension for the forthcoming conflict but keeps things lighthearted through Akira’s playful interactions with Katsura. While never completely diffusing the urgency of the situation, these moments help the narrative avoid becoming too serious. 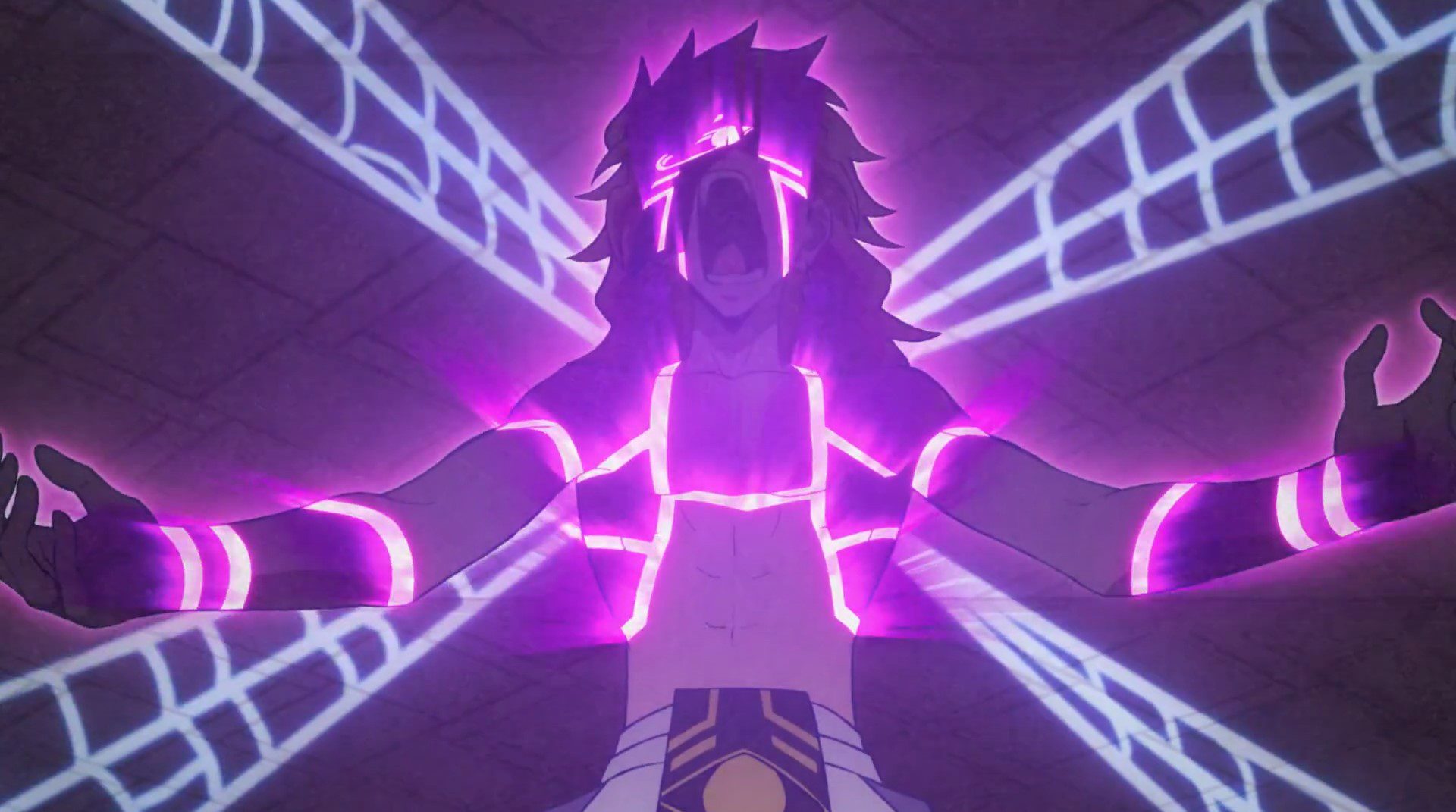 In this episode, I was confused about a significant reveal near the end. This revelation did little to surprise or enhance the narrative. Instead, I was puzzled about what was going on. Suddenly, we are introduced to a new organization and concept, one that we had never heard of previously. This scene is a classic example of an unpredictable narrative surprise that doesn’t always make for a good plot twist. 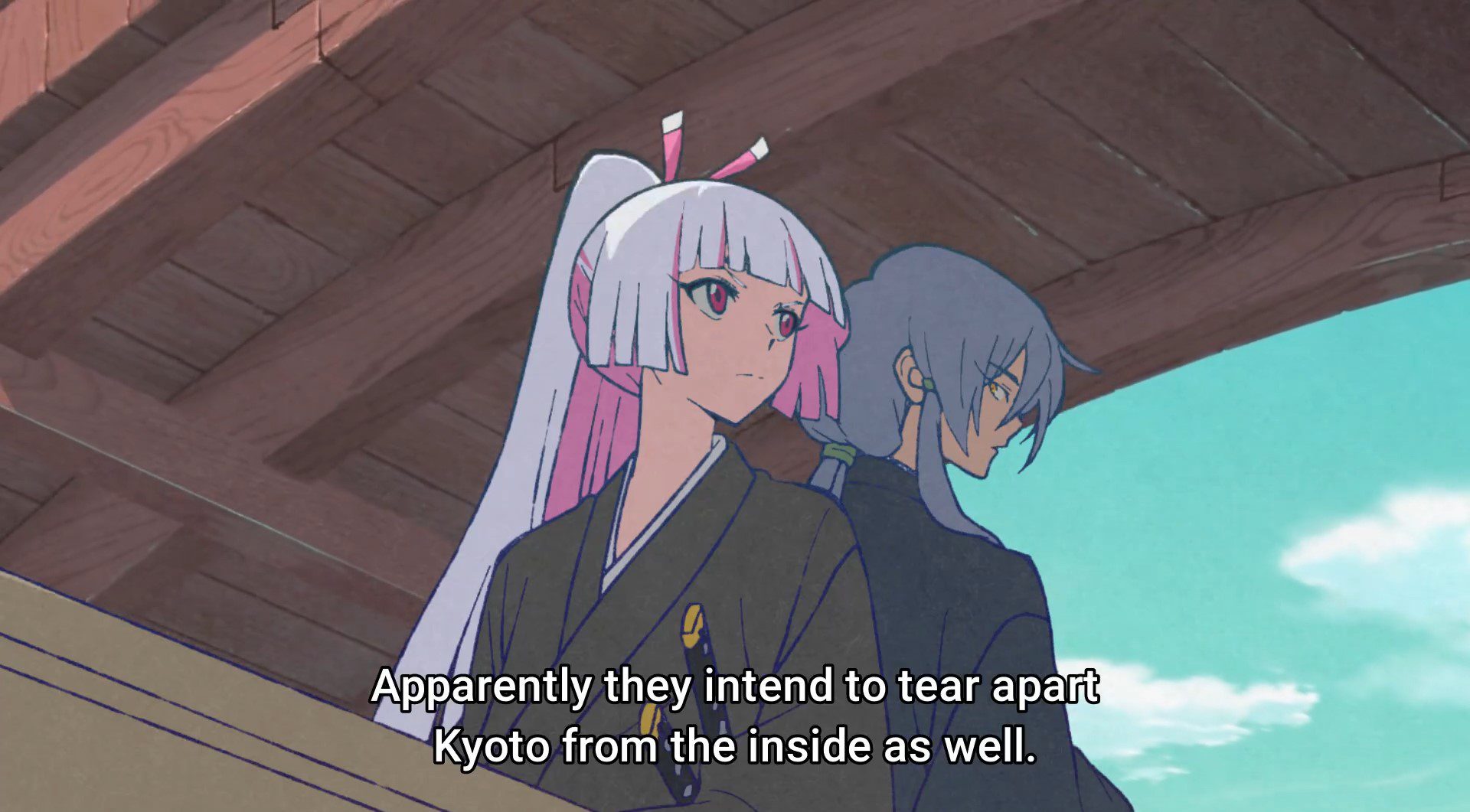 Likewise, the visuals are well suited to convey the many elements of the episode. The tension and comedy are both handled well, and a surprise magical element is executed visually interestingly. The only issue I have with the visuals is an inconsequential misrepresentation of how fire spreads that is insignificant. Seeing it made my head hurt, even though it was not a big deal. I hope that Shine On Bakumatsu Bad Boys Episode 11 will bring the series to a satisfying conclusion. Although there have been ups and downs, I hope it can deliver a strong conclusion.

A Japanese animated series called Bucchigire took place when Samurais ruled Japan. The Shinsengumi police force was all but eliminated by an unknown foe during the period when samurai ruled Japan, except for one survivor. A top-secret replacement operation is underway in Kyoto to ensure law and order. Seven criminals have been chosen to replace the Shinsengumi. 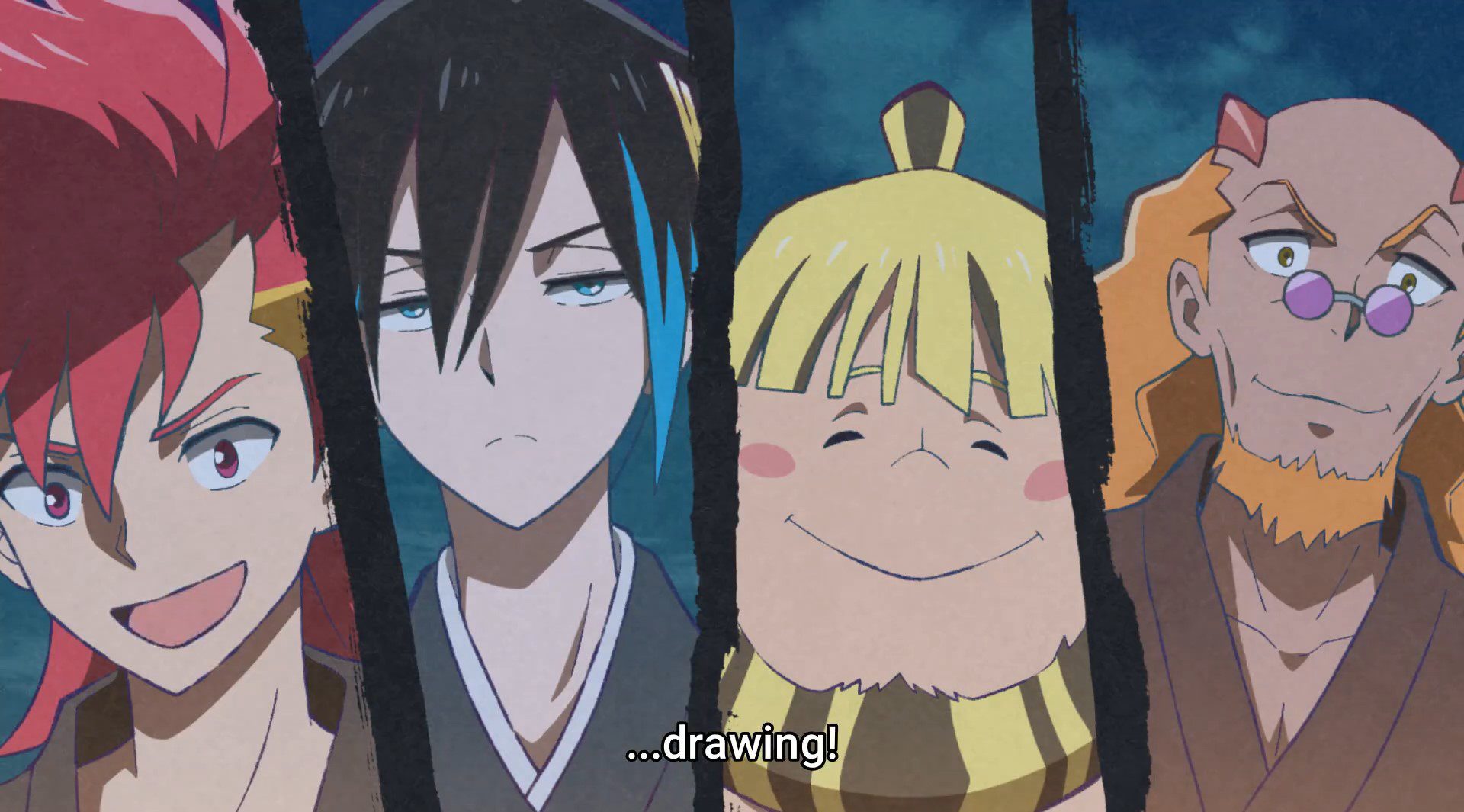 One day, a masked demon annihilated all of Shinsengumi, leaving one survivor. It was Ichibanboshi who started leading the group of seven criminals to take revenge on the masked demons. His parents were also killed by the demons, making him even madder against them.

Where To Watch Bucchigire! Episode 12?