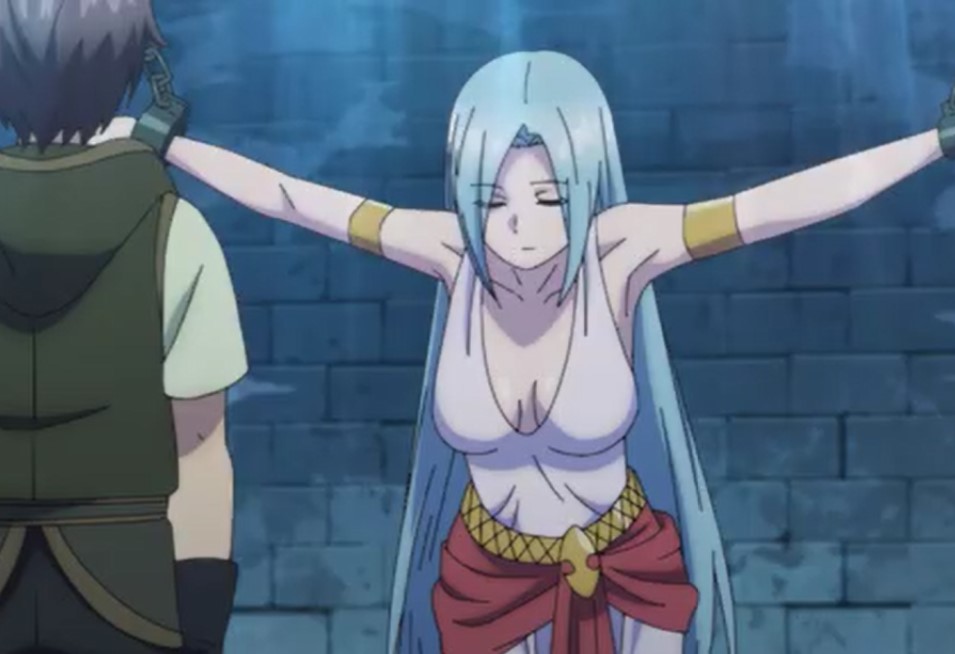 Emma and Noir are now enrolled at the Hero Academy, and they met with Maria, who has a death curse. Noir decided that he will have to help her before she dies on her 16th birthday. The next day in the morning, Lola visited the Temple to meet with Lady Cleric, who helped cure the citizens. Lola told Cleric that she would tell her the news after she has finished resting. At the same time, Noir realizes that they are going to meet with Cleric today. Noiri visited the dungeon to seek answers from his master Olivia.

Noir yells that the hidden dungeon I can only enter in the entrance let me train in secret to become the strongest. That was a code for the secret magical door to be open. Noir met with Olivia, and he couldn’t look at her straight since her chest was attracting him. He told her about the Duke’s daughter Maria that has a death curse. Olivia comments that it might have to do with Maria’s family if it is a curse-based skill.

The Hidden Dungeon Only I Can Enter Episode 5 Release Date

The Hidden Dungeon Only I Can Enter Episode 5 on Saturday, 6 February January 2021, at 2:25 AM. Watch this Anime or stream it officially on Crunchyroll or ANIPLUS and other official streaming platforms. We will add more updates and upcoming development every Saturday. Please take a look at the following. 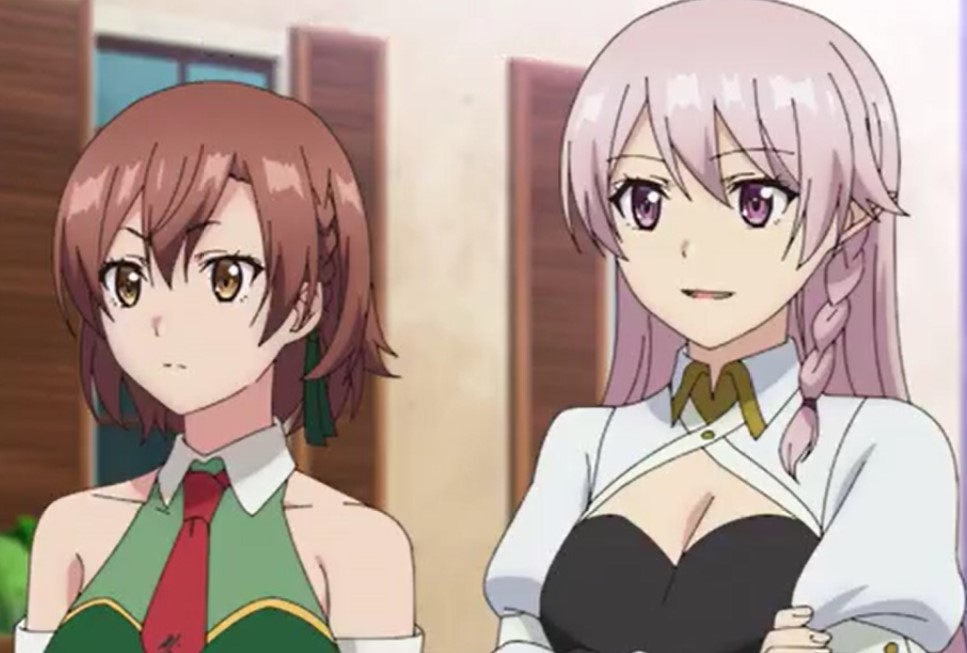 Previously on The Hidden Dungeon, Only I Can Enter Episode 4

Noir asks Olivia if she means that Maria’s curse has something to do with her ancestors. Olivia said yes, and it happened all the time since there is a skill to curse one’s descendants. Olivia told Noir that he needs over 10000 LP to get creative enough to crate the skill to undo Maria’s curse. But it will be best if they allow Cleric to handle it. Noir replies that he plans to do that, but he is wondering what Lady Cleric is like.

Olivia comments that if Cleric has the skills to exorcise things, she might be part of an elf. Noir remarks that he doesn’t see elves often, and Olivia said it is great to fulfill some of his desires with other species. Olivia also told Noir that he would get a lot of LP from other species. Noir got carried away, thinking that they have to fulfill his desires by getting naked when he meets other species. He then shook his head and asked what will do when he earned LP.

Olivias ask Noir to come closer and told him that he would get his body extra sensitive. After that, he will have to do it will a lot of effort, and Olivia notices that Noir won’t be able to handle it. She then tells him that she is just joking, and Noir’s nose started bleeding and realizes that she is just romantic with him. Oliva comments that it will be hard for Noir to get 10000 LP quickly. But she can teach him skills that will be super useful in gaining LP.

Olivia taught Noir everything, and he went to meet with Emma, who told him that Cleric and Lola are on their way. Noir trips and bums with Emma’s chest, his LP increases faster. He realizes that Olivia’s lesson was helpful, and he thinks that Emma’s chest bounces like a slime. The cat that makes Noir trip jumps, and Emma’s skirt got blown away. Noir thinks that he just had a lucky day of seeing everything his LP increases again. 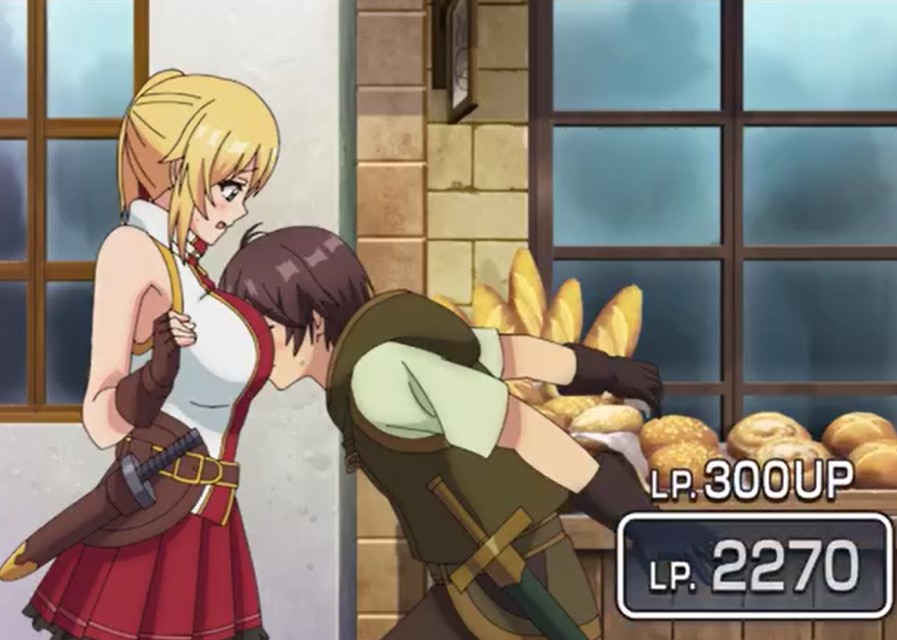 Olivia taught him a forbidden skill that comes with a luck lecher to gain his LP quickly. Every skirt of a beautiful girl in the village got blown away, and Noir cannot believe it. Noir is glad that his luck won’t just stop; he realizes how effective a lucky lecher is. Noir praises Olivia that she is the best, but it will affect his life. He decided that if things worsen, he will use the Editor’s skill with it a bit.

Later they met with Cleric, and Emma is jealous that she is a hottie, and Noir can’t resist the hotties. They went to the restaurant, and Noir told Cleric about the Duke daughter. Noir notice that Cleri’s beauty is mouth-watering, but he managed to handle himself. Cleric reveals that in the past, she has declined to lift Maria’s curse. Cleric explains why and Noir reveals that Maria is only left with one week to live. Lady Cleric is worried that she cannot save Maria.

Noir finds a way to save Maria without sacrificing Cleric. But his Lp has to be increased, and the girls ask him what he means by LP. Noir smiles since he knows that there are three beautiful ladies in front of him. He explains to Lola, Emma, and Noir what he will have to do when he is near the ladies. Lola told Noir about an event that will help him in increasing his LP quickly. The event is called Harem Pride, and they head there to see some scoundrels showing off their hot girlfriends. The event is about to begin.

The Hidden Dungeon Only I Can Enter Episode 5 Preview

That’s what we have to offer for this upcoming Saturday. Make sure to stay with us for upcoming episode updates. You can also enjoy reading other latest updates here: The Hidden Dungeon Only I Can Enter Episode 4.