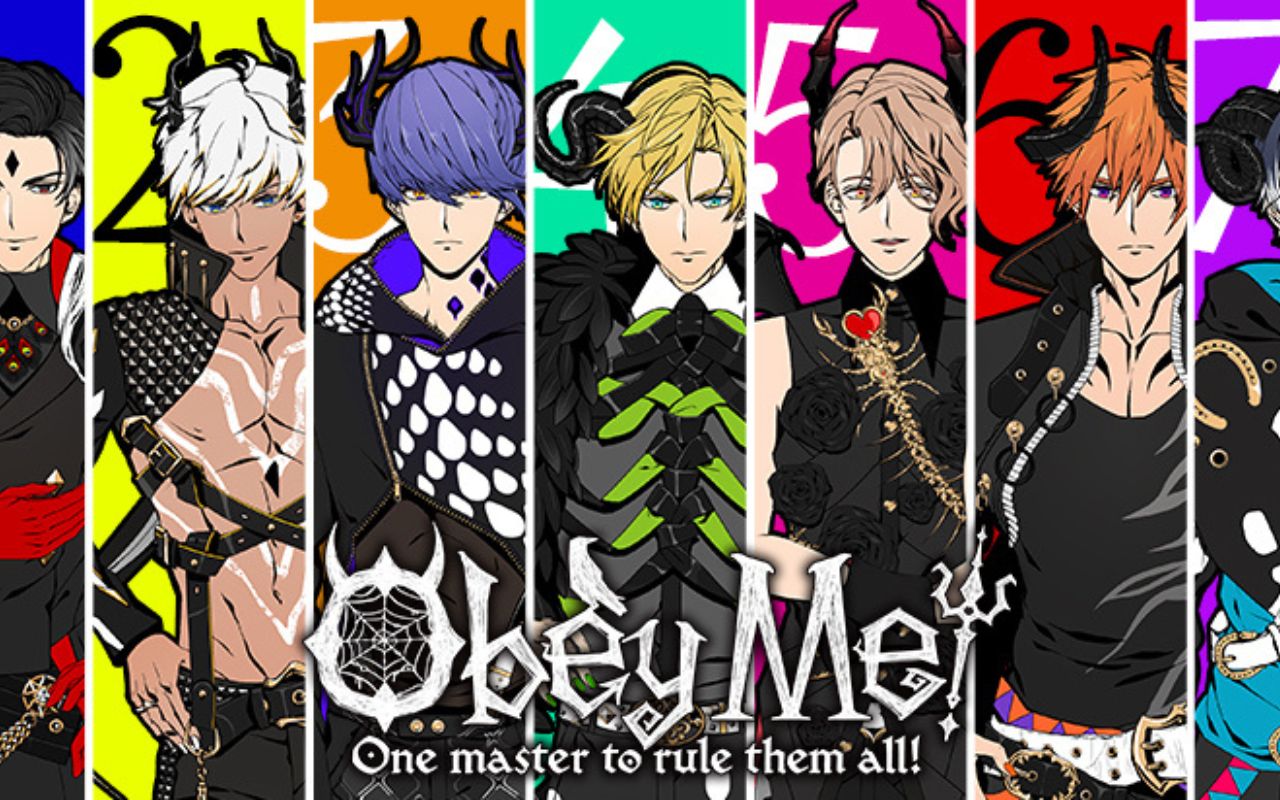 Obey Me! The Anime is based on a real game known for its human interaction intent and funny stories. The day-to-day life activities and conversations between the seven brothers are more interesting than you might think! NTT Solmare Corps “Obey Me! One Master to Rule Them All” is a romance simulation and RPG card mobile game. The game is one of many dating simulations offered by a company called Shall We Date? There are a variety of characters with that users can interact in the story. The game has a phone system and messaging system, along with a card battle system that is entertaining. You must complete a series of tasks to live your Devildom life the way you want it!

The game was further adopted into an anime due to its increasing popularity among youths. Obey Me the anime is with us since late 2019 and still entertaining us to its fullest. The story revolves around seven demon brothers, each signifies one of the seven deadly sins. Their character and behavior are synonymous with sin, which attacks every variety of fans to one of these characters. They all are students and work as officers on the student council at the Royal Academy of Diavolo. The boys are quite strong and famous in their community but also lovely and cute.

This post brings up everything you need to know about Obey Me! The Anime, therefore, Watch Obey Me! The Anime: Streaming Guide. Every episode storyline, title, and release date are described under. Also, the characters and their character sticks, I hope you find this post useful.

Watch Obey Me! The Anime Characters and Description

Lucifer represents pride and is the eldest among the seven demon brothers. He is the figure which makes everyone stay in order. Never forget that he was the one who made a study group to improve his brother’s scores on tests. Mammon is greedy and the second eldest brother in the group. He represents greed and loves money more than anyone. Leviathan is envious, coming third among the brothers. He represents envy and therefore envies everything and everyone. He cheers full most of the time.

Satan represents wrath, satan, a very common name to represent anger and disrespect, but at the end of the day, he is also soft-hearted as all of the others. Asmodeus is lust, nothing much to explain here, moving to the next. Beelzebub represents gluttony, he has messy orange hair and violet eyes which suits his pink gradient like his twin. He is also the tallest among all the other brothers. Belphegor is a sloth, the smallest among the seven demon brothers, and one of the main characters in the anime series Obey Me! The Anime. 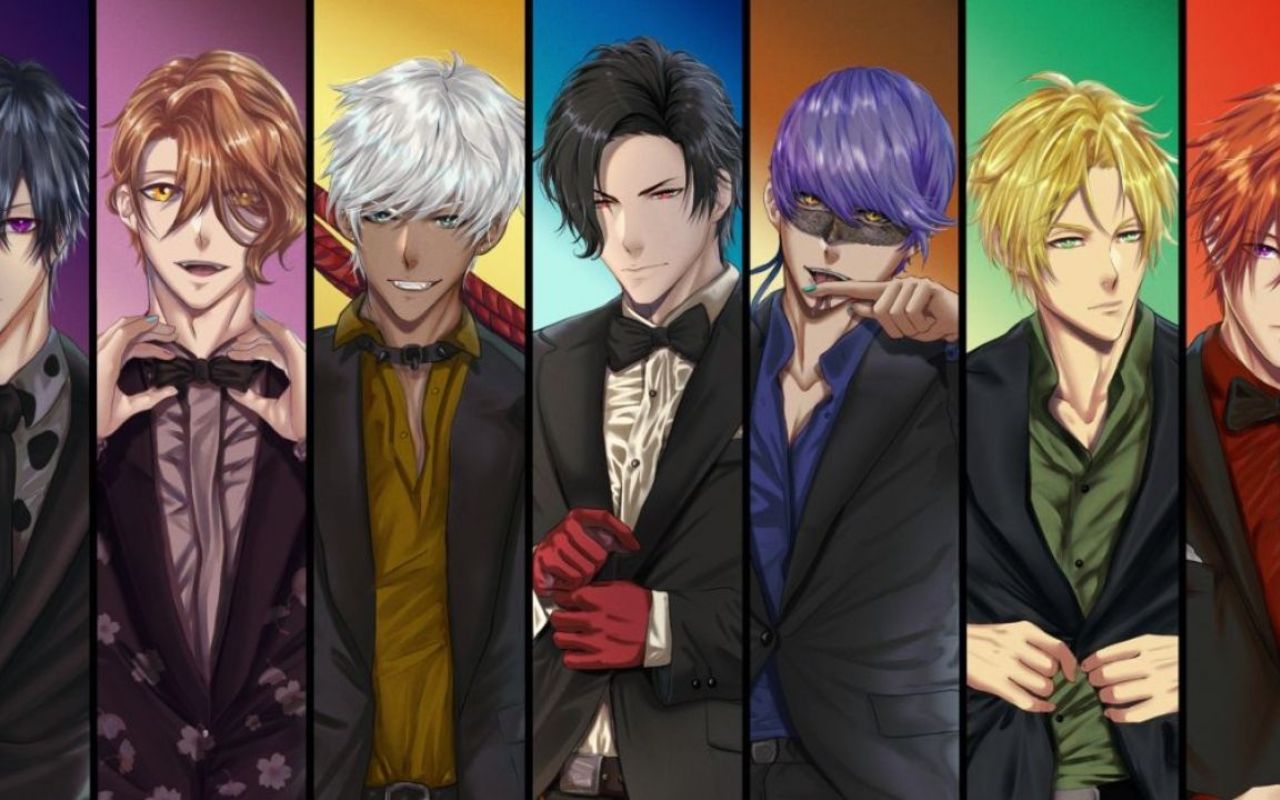 How Many Episodes have been Released Thus Far?

Obey Me! The Anime has been going on for quite a while now, with the first episode released on 12 December 2019. It consists of 13 episodes, 12 episodes from season 1, and 1 episode from season two, which is still ongoing. Enjoy life at the Devildom Academy and bring the handsome demon brothers to their knees! It is an honor for you to be selected as an exchange student at RAD, a school for demons. Awaiting you are seven demon brothers with different natures and a mountain of tasks! You are the master, you are the guardian, YOU AER THE One Master to RULE them all!

This episode was released on 9 July 2021. As a result of his siblings’ poor test results at the Royal Academy of Diavolo, Lucifer calls for a family study group to improve their grades. In contrast, his brothers waste time playing games on Mammon’s D.D.D. instead of taking the study session seriously.

This episode was released on 23 July 2021. In the privacy of his room, Leviathan cosplays as his favorite character Ruri-chan, only to be invaded by his younger brothers Beelzebub and Belphegor, who want to play video games with him. Because Leviathan cannot change in time, he keeps his cosplay a secret.

This episode was released on 13 August 2021. They are dressed up as bunny boys and work in a cafe where patrons can give carrots to their favorite bunny boys. In the end, there aren’t enough carrots for everyone, so it’s every bunny boy for himself when it comes to the last carrot.

This episode was released on 27 August 2021. At Lord Diavolo’s private beach, the brothers enjoy some time together, but Mammon is only interested in taking a picture of Lucifer shirtless so that he can sell it for some extra Grimm. Mammon’s efforts are thwarted repeatedly, but he is unflinching in his determination to succeed.

Ep. 5: Princess Asmodeus Is in Another Castle

This episode was released on 10 September 2021. Asmodeus has been captured by Beelzebub, the final boss of a fantasy RPG. It’s up to Leviathan, Satan, and Belphegor to save the princess from the final boss. Princess Asmo, however, has some very specific ideas about how that rescue should take place.

This episode was released on 24 September 2021.  Satan enjoys reading detective novels and tries his hand at solving a few whodunit mysteries among his brothers to show off his crime-solving skills. A case presented to him, however, backfires when he does not want to expose the perpetrator because of his capable skills.

This episode was released on 15 October 2021. As part of their audio commentary, the voices of the seven demon brothers watch the previous six anime episodes.

This episode was released on 29 October 2021. The House of Lamentation is sure that everyone will make fun of Mammon’s attempt to use the “Forbidden Book of Body Switching” for mischief. The opposite happens, however, and he is shocked.

This episode was released on 12 November 2021. In the House of Lamentation library, Beelzebub, Belphegor, and Asmodeus are exercising when disaster strikes. To avoid being the one to tell their older brother what happened, the three use any excuse they can think of to avoid Lucifer’s anger.

This episode was released on 26 November 2021. The brothers collaboratively go on a trip and share some fun movements. As expected, they behave according to their nature, with Lucifer dominating the trip.

This episode was released on 10 December 2021. Trip continuation in this episode too, where all the brothers had lots of fun and at the end of the day some conflicts too. The complete experience was fun to watch, and with that, they returned to their normal lives.

This episode was released on 24 December 2021. Brothers celebrating New Year’s Eve in quite a unique way. 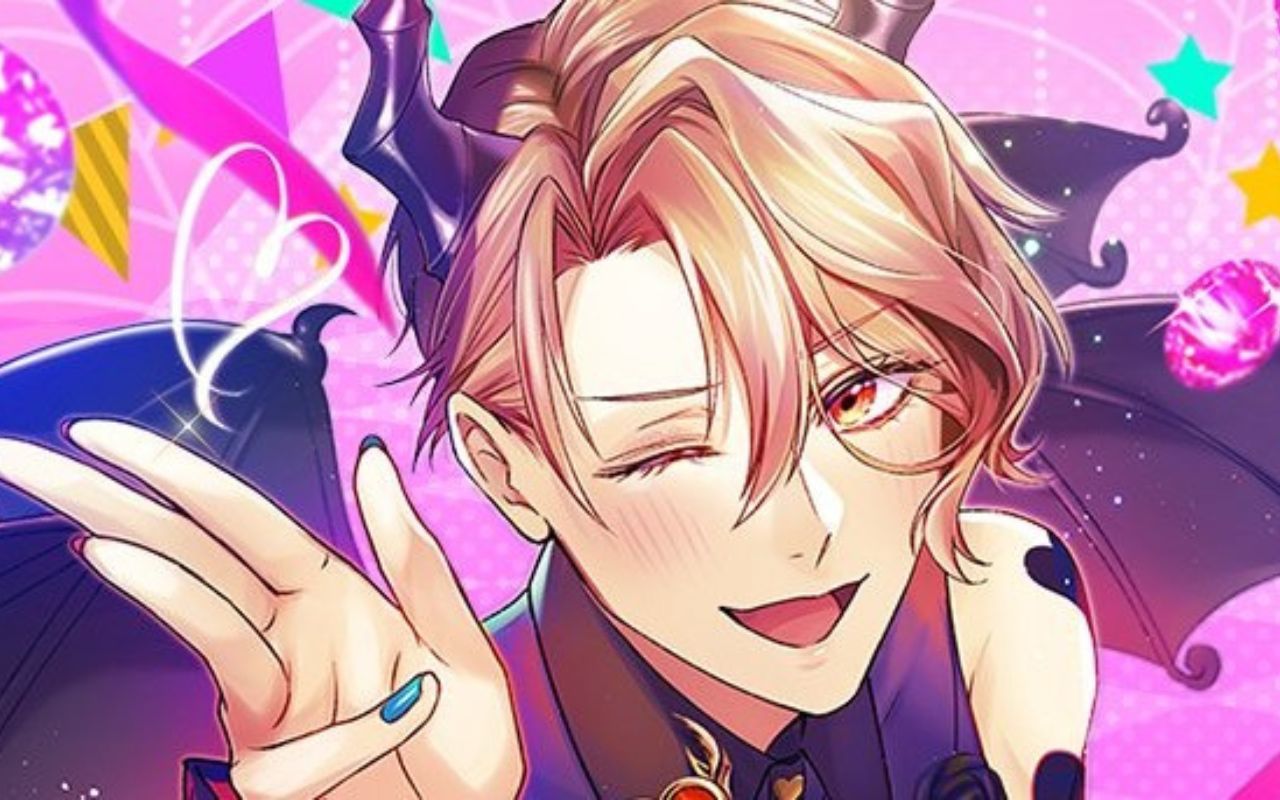 Obey Me! ended with a bang in the last episode! Lucifer turns his brothers into test name sheets in the anime! We all thought the first season was just a bluff when they chose the one with fewer scores to become a test name sheet. The test scores of all of them were very low, not because they lacked knowledge, but because they lacked interest. Humans were very important to them during those days, and they missed them dearly.

Where to watch Obey Me! The Anime?

Obey Me! The Anime Season 2 Episode 2 will be available on many Japanese broadcasting channels on Fri, 5 August 2022. It will also be available to watch for worldwide users on streaming platforms like Crunchyroll and Funimation. Including all the episodes previously released and the last seasons with original Japanese dub with English subtitles, I hope you enjoy watching it.