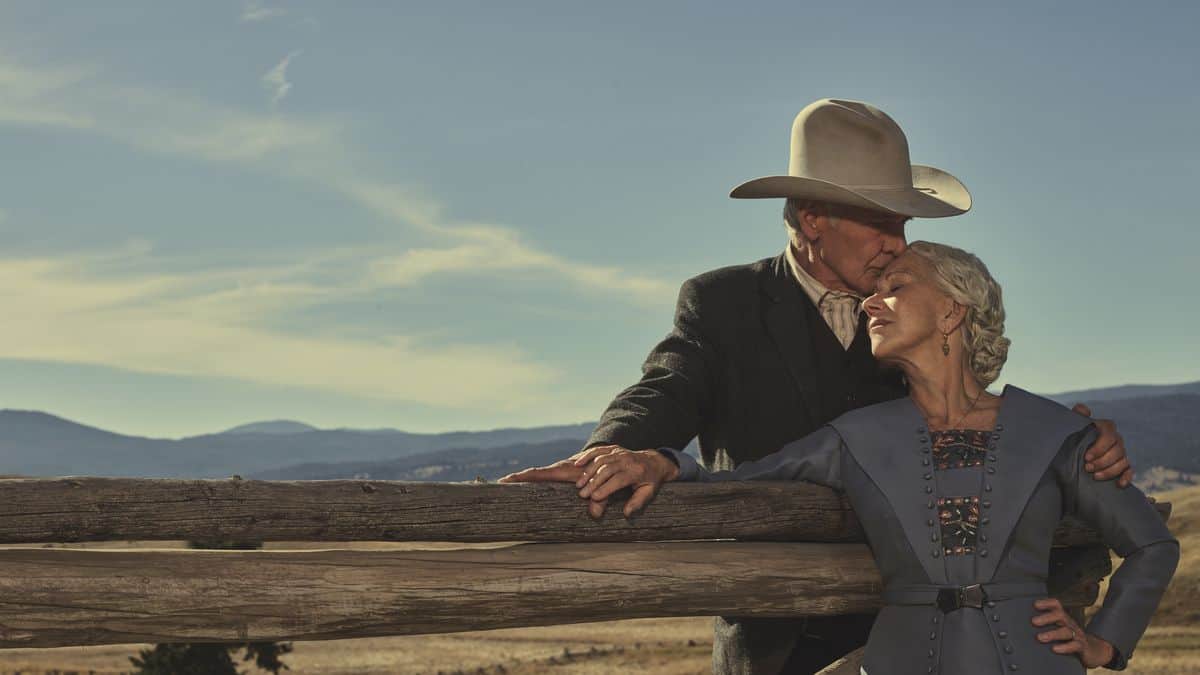 1923 Episode 5 release date is quite close. The series throws light on the prequel to the Paramount series Yellowstone while also being a sequel to 1883. In this series, the focus is laid on a different generation of the Sutton family who works at the Yellowstone ranch. Although, time makes all the difference. Set around the year 1923, the Sutton family will now be a part of various social phenomena which took place in America at that time, such as the Western Expansion as we and the Great Depression. It all started a bit early in Montana.

Well, coming to the series, the recent 3rd episode started on a happy note as compared to the situation the Dutton family is facing right now. We see that John, Jack, and Jacob have finally come home after their very tough journey out of Yellowstone. Also, the cattle practically did not have enough to eat, but the family was able to shift them over the mountains to take pleasure from the greener grass.

On the other, we saw that Banner was also able to go back home to his family and is very happy. Although, the tranquility is short lives because the man has just escaped death and is all bloody and tried. Out of curiosity and concern, his wife asks what has happened to him, and Banner blames it all on the Dutton family. Well, Jacob is not aware of the fact that Banner has actually escaped. Meanwhile, they are heading towards town in order to have a good time with the folk while it last. Elsewhere, Banner is not stopping his mind from thinking of various ideas to take his revenge on the family. Jack and his fiance were also out that night and decided to stay at Hotel Bozeman and have drinks and fun.

Now, the camera shifts over to Africa, where Spencer and Alexandra are posted. After all these risky times, they have decided to take things to another level with their relationship. More than just physical relations, though, Spencer has decided to put a ring on Alexandra’s finger and marry her as soon as possible.

Well, everything was going so well since the start of this episode that I just had a gut feeling of something terrible happening to balance out our overflowing emotions. It turns out that it all took a toll when an elephant came over and flipped Spencer’s car. Well, it is obvious that their car is a wreck. Thus, Spencer and Alexandra can not travel on foot for very long and, thus, decide to spend the whole night under the sky out in the wild.

As they have already managed to kill the elephant, at night, lions and hyenas come to take a bite of the beast. Although, it does not take the animals a long time before they spot Spencer and Alexandra. Well, the day was saved when some help arrived for them. With such a crazy night under their belt, Spencer makes a decision to change his profession in order to have a stable life with his future wife.

1923 Episode 5 release date is on the 5th of February 2023. It will drop out on Paramount Plus at 3 AM Eastern Time. New episodes drop out on the streaming service every week on Sundays. The show is going on a hiatus for a few weeks before it makes a return on the platform.

Watching 1923 Episode 5 is very easy. All fans have to do is log into the Paramount Plus streaming service with the details we have already provided above. By doing so, you all will be able to catch the latest entries, and even the older ones are available to watch right now.

The platform costs 4.99 dollars a month in a basic recharge plan, but it goes up to 9.99 dollars. The higher version does not show any advertisements. Paramount Plus can also be bundled with Amazon to avail of a 7-day free trial only for new users.

Also Read: 31 Shows Like Yellowstone That You Can Check Out