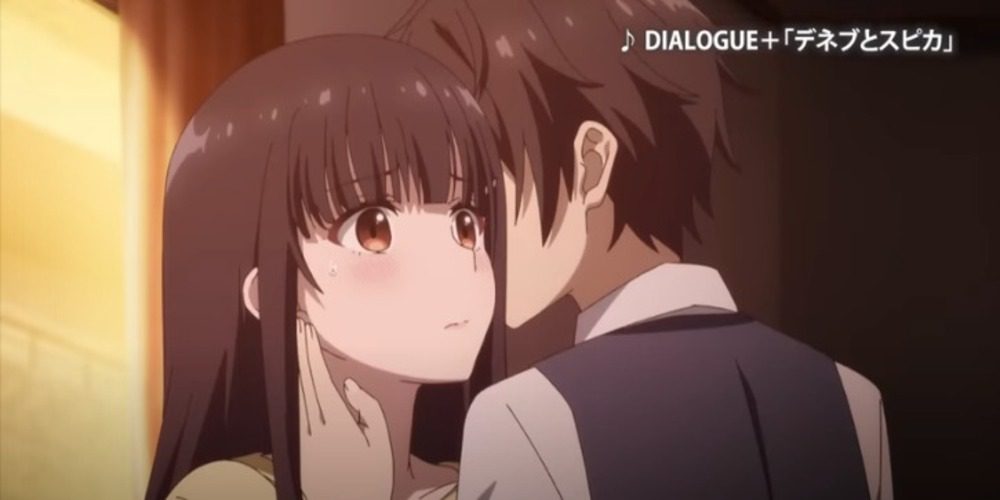 My Stepmom's Daughter is My Ex

After a bad breakup, and heartbreak no one would want to see or interact with their ex at least for a while, and not as a sister. Well, this is where god drew the line of luck for Mizuto and Yume. Mizuto and Yume were just a relatively standard pair in middle school.

The two students remained together through flirtations and arguments over little things up until they graduated from high school, when they ultimately decided to split up. They have no idea that fate occasionally has many surprises waiting for them or that they won’t be reuniting as half-brothers and sisters for another week.

Their parents are indeed getting remarried. Thus the ex-lovers will be required to live together every day. They eventually come to terms with the circumstance and agree to implement the brother and sister rule, which states that the first person to feel attracted and have the click of affection towards the other loses, to not interfere with their families’ pleasure.

This anime has released eleven episodes to date and is set to release another one i.e. the twelfth episode. Fans are eager about this one as the last one ended with a cliffhanger and has been eating the fans inside out. Also, not only the cliffhanger but the whole episode had a lot of twists and turned itself in. Will they be answered in the upcoming episode?

My Stepmom’s Daughter Is My Ex Episode 11 Recap

Even though this is again another brilliantly written and emotionally charged episode, it’s a bummer that there were times when I felt like I was nodding off while viewing it. This show never ceases to astound me with its capacity to realistically capture the yearning and guilt of young people who are still sorting things out.

This episode was primarily concerned with Yume realizing that she may have romanticized Mizuto a little too much whilst they were dating. Since they didn’t seem to socialize with anyone else save each other, it was already obvious from the memories between them that these two had some neediness going on.

Together, they were two depressed people who eventually stopped being so lonely. However, when there was a misunderstanding, they both took different approaches to cope with their melancholy. Although Yume appears to take the initial move in this instance, there never really appeared to be a time when one of them genuinely questioned what the other was suffering through.

It was sort of amazing that it was set off by her going to see Mizuto’s family and learning more about what he was going through this with his father after his mother died so young. Mizuto is not the flawless hero who always knows the proper solutions, as Yume unconsciously continues imagining.

He’s a bit of a wounded, reclusive loner who relied on his father for independence to get by. He is perplexed when he is viewed in a specific way since there are many things he doesn’t comprehend, and he likely wasn’t even aware that he was being held to that standard.

This episode was undoubtedly much calmer than prior ones, but that’s not always a negative thing because Yume’s discovery was probably better made in the countryside, far away from the city and their friends. However, there isn’t much background music, and the program does not provide engaging required attributes, so it’s easy to get the impression that you’re seeing a lot of slow-moving scenes, which might lead certain sections of the episode to drag on.

Again, this is a pity because this is a fascinating episode with such a lot to discuss. I just hope that the show’s other aspects matched the writing brilliance of the exhibit. While alone with Mizuto, she understands that she must speak to him, even though doing so will be unpleasant for them both. However, they never get that far because, in an instance of weakness, they embrace one another.

It’s important to note that she didn’t get a chance to say everything she wanted to, and I believe this will serve as the season’s climax. This emotional tension between these two has been growing ever since they were first shown to their siblings, and I believe that whatever dialogue is on the horizon will put an end to it.

It may go to a lot of different places, and while I have my personal opinions on the path the program should take, it’s not my responsibility to make that decision. Yumi may decide to stay, but we’ll need to wait and see.

My Stepmom’s Daughter Is My Ex Episode 12 Release Date: Is Yume going to say at the end?

My Stepmom’s Daughter Is My Ex Streaming Details

You can stream all episodes of My Stepmom’s Daughter Is My Ex on Crunchyroll. It is the official streaming partner of this and many other similarly good animes.

Also Read: Why Is The Anime Called Bleach? The Real Reason Behind Bleach & Nomenclature