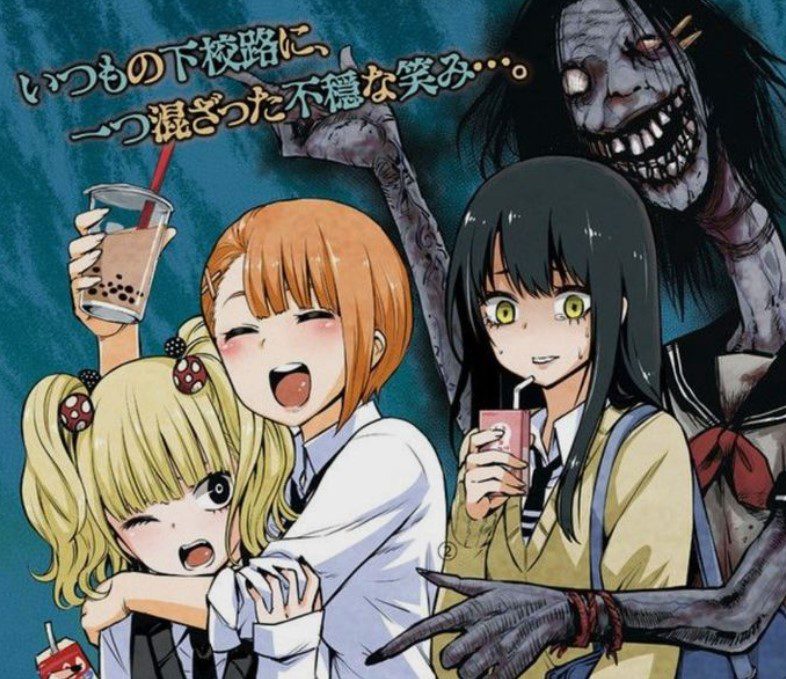 The Scariest Manga of All Time includes manga that has zombies, monsters, beasts, and other mysterious, scary creatures. There are tons of best a, scariest manga that you can rely on. We will introduce you to the scariest manga you are familiar with, some of which will be new. Some scariest manga can make you imagine things that will terrify you, but they are best for you to read. It is rare to find them boring scariest manga, some of which are comedy manga where you get scared and laugh at the end.

Mieruko-Chan is one of the best scariest manga that has an anime adaptation. This manga is continuing, and you might want to check it out. Mieruko-Chan reveals the life of students, but few of them can see the most creepy, different scary monsters. This manga has comedy, horror, supernatural, and slice of life. A student named Miko was born with a gift of seeing grotesque beings that no one could see. 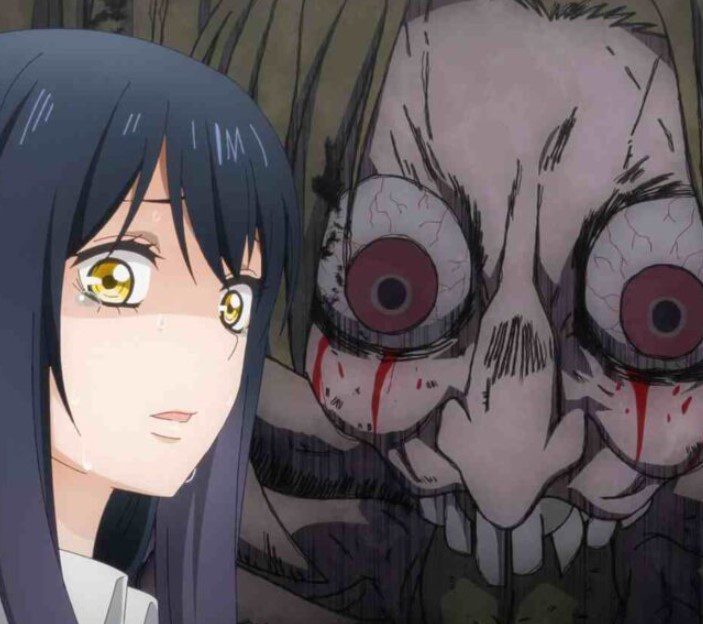 Miko was scared initially, but she decided to face them and pretended she couldn’t see them. But when that different monster attacks those who can’t see them, Miko gets scared, but she always helps them until she meets another girl who could see monsters like her. Miko’s life changes even when another teacher joins her school, and she begins to see more scary creatures emerging from the underworld.

Ghost Wife is a romantic supernatural manga with ghosts and demons. This is an interesting relationship between a beautiful student and a monster that fell in love with a high school girl and has been watching her. However, one day, the mysterious girl named Liz Kim encounters a god-level demon that falls in love with her, and the demon confesses his feeling. Liz realizes the god-level demon won’t accept no for an answer since he told her that she should become his wife or she will be eaten. She was forced to be in this forbidden love of demon and human. 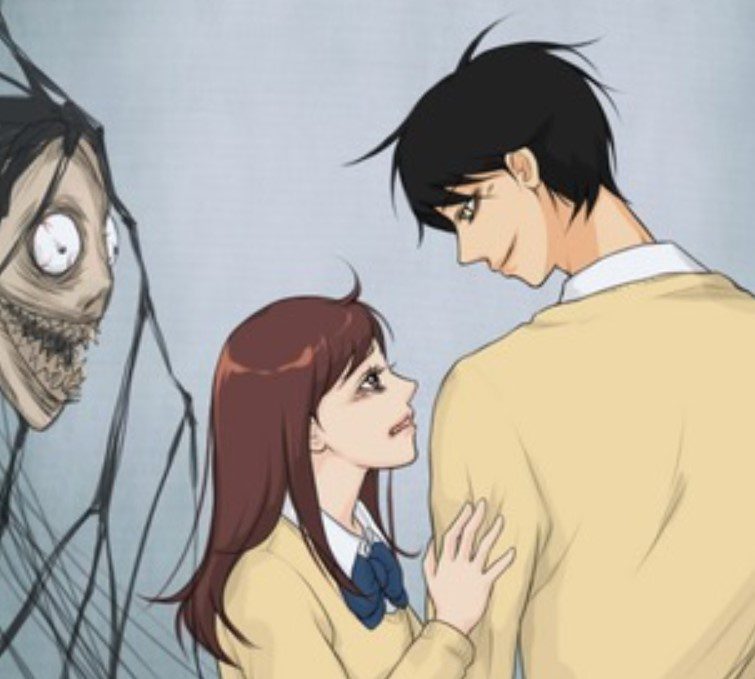 Our Classmate Sook Kyung reveals the story of a lonely ghost that spent more than 27 years staying at school. When one of the students revealed these scary creatures, people thought she was crazy since there are no such things as ghosts. However, the students realize it is true since mysterious incidents keep happening and things keep missing. This mysterious ghost begins to haunt students, believes that the school is her home, and decides to chase away the students. 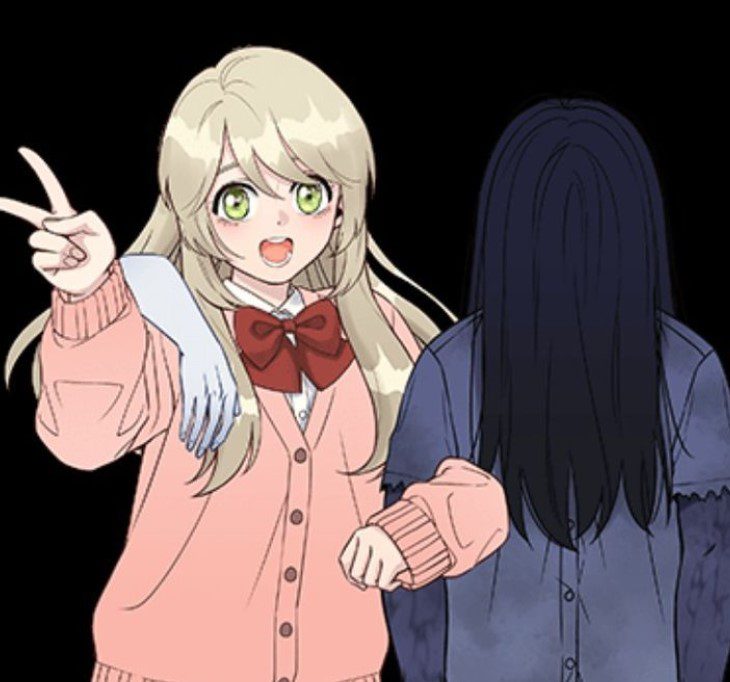 But others are heroes who stand up with other students to stop this ghost. The girls realize that the ghost has been lonely and living alone for many years, and it needs peace to go to the afterlife. She decided to befriend the ghost since she was the first to recognize and feel the ghost’s pain. The ghost girl decided not to pose a threat to humans and began to live a peaceful life after knowing that she was not alone.

The Red Snake is also known as Akai Hebi. This is an entertaining scariest manga of the 80s. This manga is about a handsome boy who had an ordinary life and always wanted to live in peace. But things changed when his life was filled with horrific incidents. The boy begins to see strange things and discovers mysterious secrets about his family, which always troubles him. One day he decided to run away from home to avoid his strange family and the evil creature he had discovered. But the red snake appears and unleashes the evil, and the mayhem begins. 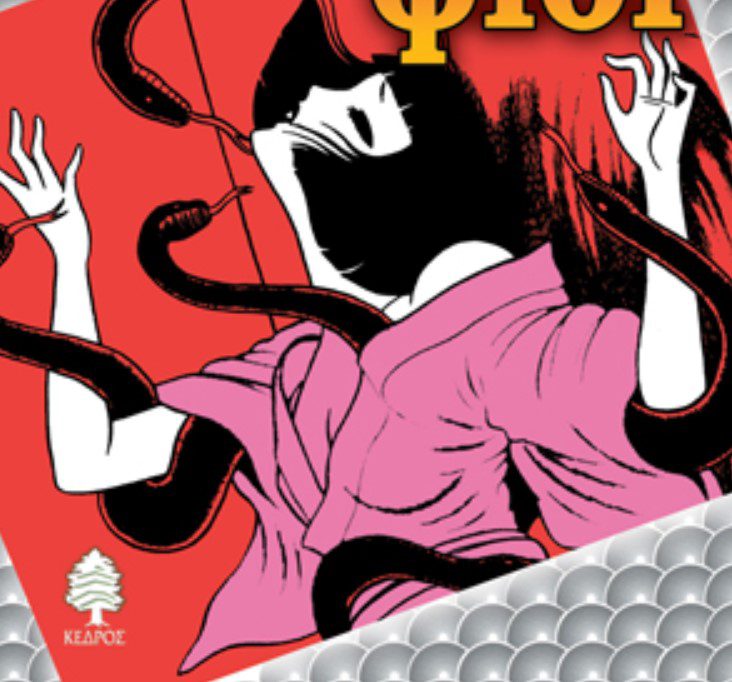 Also Read: Top Rated Romance Manga That You Must Read

Mai Taniyama is a normal teenage high school girl who loves reading ghost stories like most teenagers. Destiny made her meet with a young handsome conceited president of Shibuya Psychic Research. Naru and Mai became best friends, and Naru was impressed that she loved to learn about ghosts and invited her into the world of ghost hunting. Later, Mai was recruited and began to work for SPR as an assistant to a catholic exorcist. 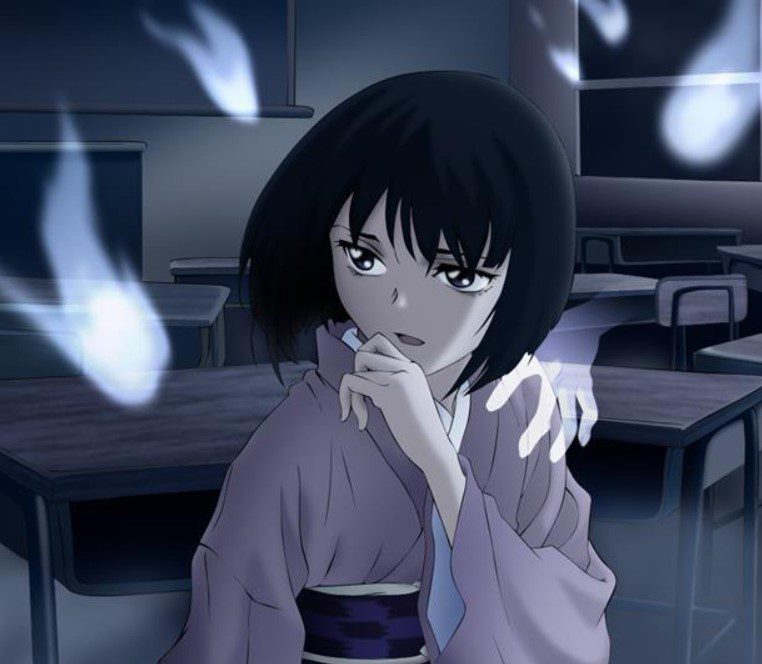 She was joined by  Shinto, a self-proclaimed priest, Buddhist monk, and a famous medium. They form a powerful organization of paranormal investigators solving various mysteries around the country. But Mai remains normal and never thinks if Naru is human since he has mysterious life.

Jujutsu Kaisen is one of the best popular scariest manga with scary creatures. We all know about Yuuji, who ate Sakuna’s finger, and all the battles he has been through with countless scary spirits. This manga might be the best, but it has scary creatures that are entertaining to read. Jujutsu Kiasen is one of the few ongoing scariest manga worthy of reading. Yuuji and other sorcerers continue to battle with different cursed spirits. 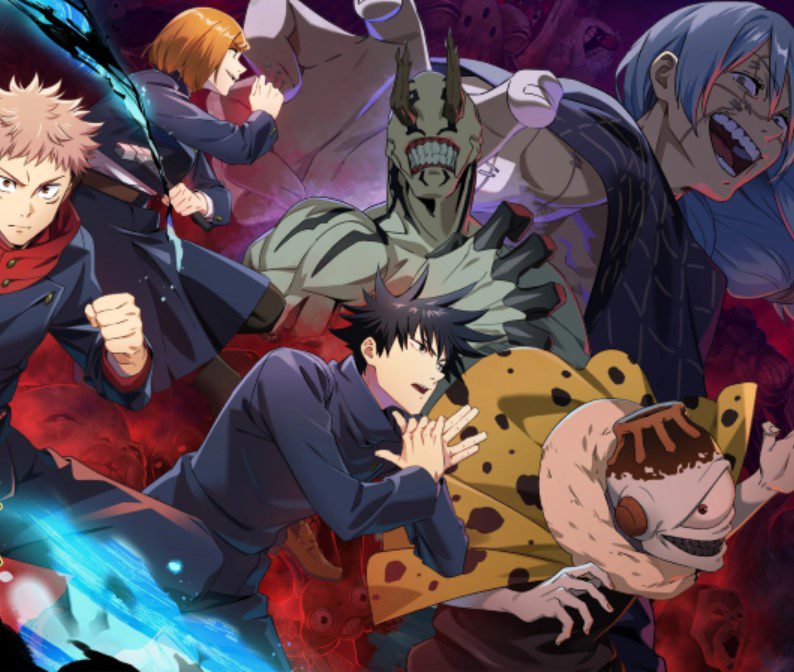 Chainsaw Man is the best popular manga that is ongoing. This is the story of Denji, who has been suffering from every until he merges with his pet chainsaw dog, Pochita. Denji’s life changed forever, and he began to live in the big city and become an official Devil Hunter. However, Denji has many things to learn about his job and new chainsaw powers. Chainsaw Man has the best action, horror, demons, and dark fantasy. This is one of the scariest manga that is adapted to anime. 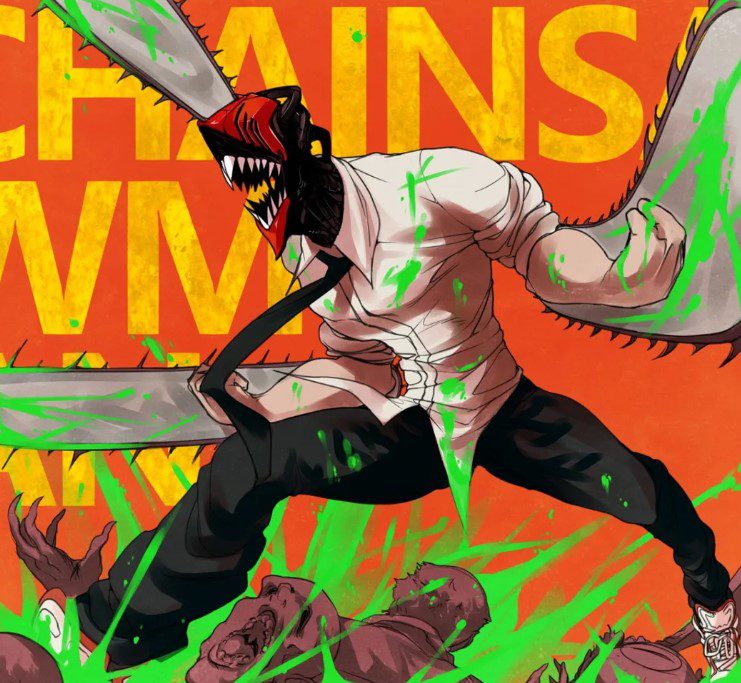 Kaiju No. 8 is also known as Monster #8 and is one of the best ongoing scariest manga. One day the highest level of Kaiju appeared in the world, and this mysterious deadly creature once attacked Japan. The Japanese government created a Japan Defense Force, a military organization to deal with deadly monsters. Kafka Hibino is a man who cleans the Kaiju corpse, and his dream is to join the Japan Defense Force. But when his chance arrives, mysterious incidents happen, and he turns into a deadly monster. Hibino wonders how he can fight a Kaiju when he can become a Kaiju. 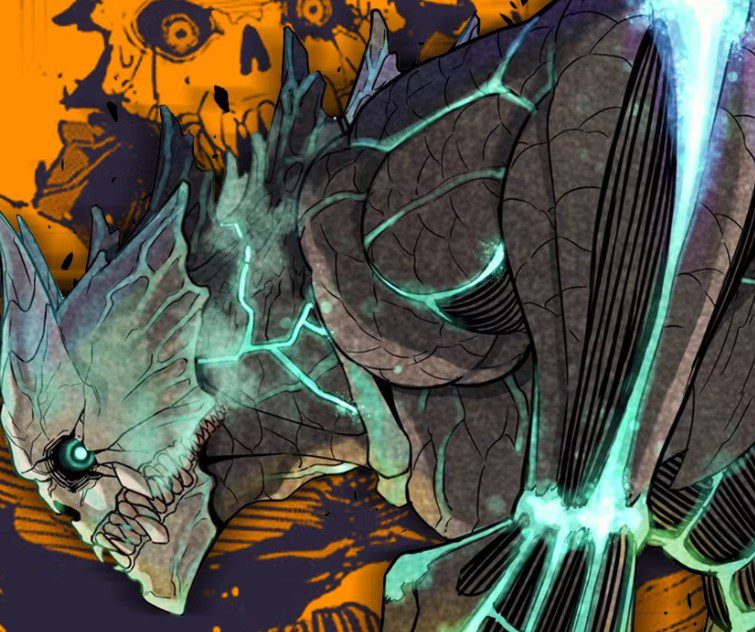 Kaiman lives in the city of the Holes, full of magic users who test their powers by killing or disfiguring its people. However, Kaiman was not a lucky man since a sorcerer cursed him, and his body changed. He transforms into a lizardman, and when he realizes it, he decides to break that curse. Kaiman begins to work with his companion, and they realize that they are in a world where they have to kill to survive. Nikaido joins Kaiman in searching sorcerer who cursed him. 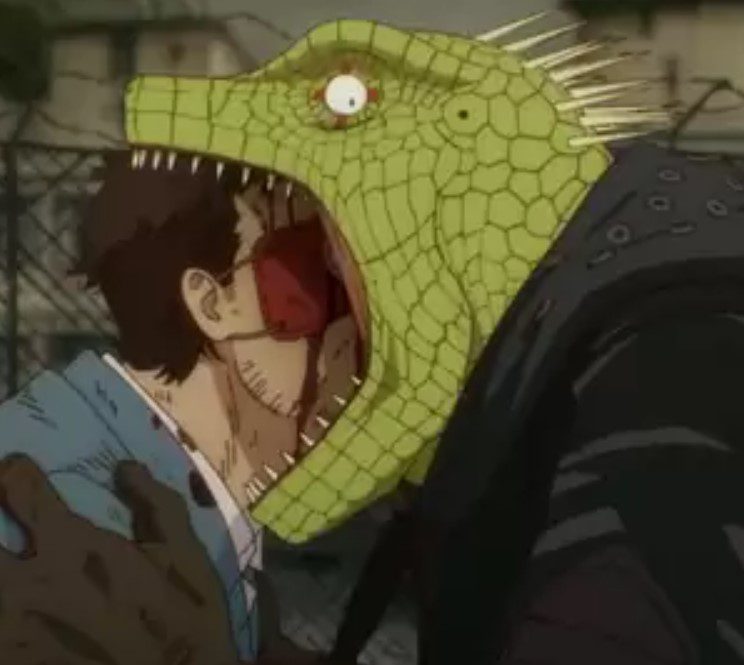 But he realizes he had lost memory of what happened before becoming lizardmen. Kaiman and Nikaido plan to locate the magic users and believe he will find their leader. He begins to bite the head of any sorcerer he encounters for him to find his target and determine the culprit. His journey with Nikaido helped him mature, and he could remember a few things, and they encountered countless ferocious enemies. Kaiman’s goal is to find his prey and return to being a normal human. But his prey knows about him and that they are being hunted.

Also Read: Best Selling Shoujo Manga Of All Time That You Must Read