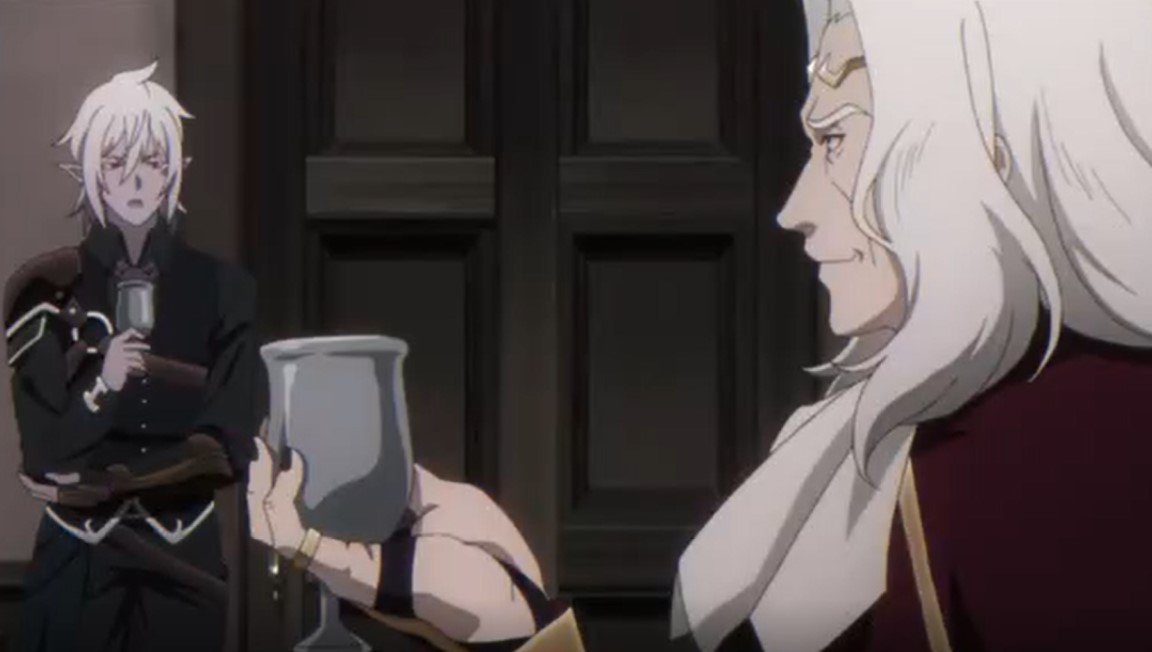 Kasel clashes with him and sends him back to hell, and the Orcs were shocked to see Kasel’s powers. After defeating the blacked-haired demon, the crew received hospitality from the Orcs in the Ogria Mountains. To investigate the Demonic threat, the guardian knights of Orveila decided to go on an expedition to the Galluah plains. The Black Edge was chosen to serve as the vanguard.

King’s Raid: Successors of the Will Episode 14 and 15 Release Date and Recap

King’s Raid: Successors of the Will Episodes 14 and 15 will be released on Saturday, 9 January 2021, at 1:23 AM JST. The new episode of this Anime will be released every Saturday. You can watch this Anime officially on  AnimeLab and Funimation. Let’s take a look at the recent development below.

Previously on King’s Raid: Successors of the Will Episode 13 and 14

Morriham talks with Riheet about the demons. Riheet said that once the demons are gone, humans will forget what they have done for them. Riheet suggests that the elves need status while the kids play outside with swords stick, saying that Black Edge will defeat demons. The Black Edge crew shows up. Other humans are happy to see them, and when they reach the castle, some noble didn’t like it.

They ask each other why they are here, and one of them replies that princess Scarlet invites them. Riheet reveals that he has brought his companions, and Scarlet thanks them for coming. Scarlet talks about the upcoming war and how they are going to approach it. She said that during the war, she is not a princess. She is a supreme commander. She said that she would be accompanying them on the investigation of the demons.

Scarlet hopes that elves and humans will be on good terms and reveals that tomorrow morning they depart and head towards the Galluah Plains. Demia explains that their goal is the ruins of the Republic of Grey in the Galluah Plains. They will take the road facing the forest of Elidora and enter the plains and head straight towards the castle in the Republic of Grey. Damia reveals that the castle is exactly where the Dark Lord Angmund appeared 100 years ago.

The demons destroyed the nation, and the entire area is in ruin now. They must stop the force that is attempting to bring back the Dark Lord. One of the elves comments that they must not worry; they will bring back some demon heads as a souvenir. The other one said that they could handle the demons alone without the help of humans. Scarlet asks the one who is bragging about being powerful to spar with her.

They went to the training ground and started sparing. Scarlet teases him that he is light on his feet, attacks, and must not hold back. They both started to exchange powerful sword slash, and Scarlet manages to break his sword. It has been revealed that the guy who got defeated is Azal. Other elves laugh at him that the princess defeated him and he is scared of her.

Azal said that he was easy on her, and Scarlet ask if anyone wants to challenge her. They both kept quiet since they saw that she is more powerful, and she told them that she trusts them and must do the same. Riheet notice why the princess did a sparring match. He realizes that elves were underestimating humans, and she has to prove to them that humans are strong by defeating one of them.

Later Morriham calls the nobles to discuss the Black Edge. Morriham asks the noble that when Riheet returns with the Black Edge, they must give them the Honorary Noble title. The noble asks why Morriham is supportive of the elves, and they can’t do that. Morriham reveals that the Black Edge is defending humans’ kingdom from the demons.

He asks Lord Schmidt to say something about it, and Lord Schmidt agrees with Moprriham. Lord Menos thinks that Morriham is plotting something. Morrihan reveals that all he desires is a world of peace, and he doesn’t care about land or wealth. The next day humans and elves head out to complete their investigation. During their investigation, Tamm got killed by a demon, and Riheet is looking for it. The Black-Hared Demon Malduk shows up in front of the Black Edge.

King’s Raid: Successors of the Will Episode 14 and 15 Preview

For this week, that’s what the latest updates have to offer for us. You can also read more about this anime on this link King’s Raid: Successors of the Will Episode 13.