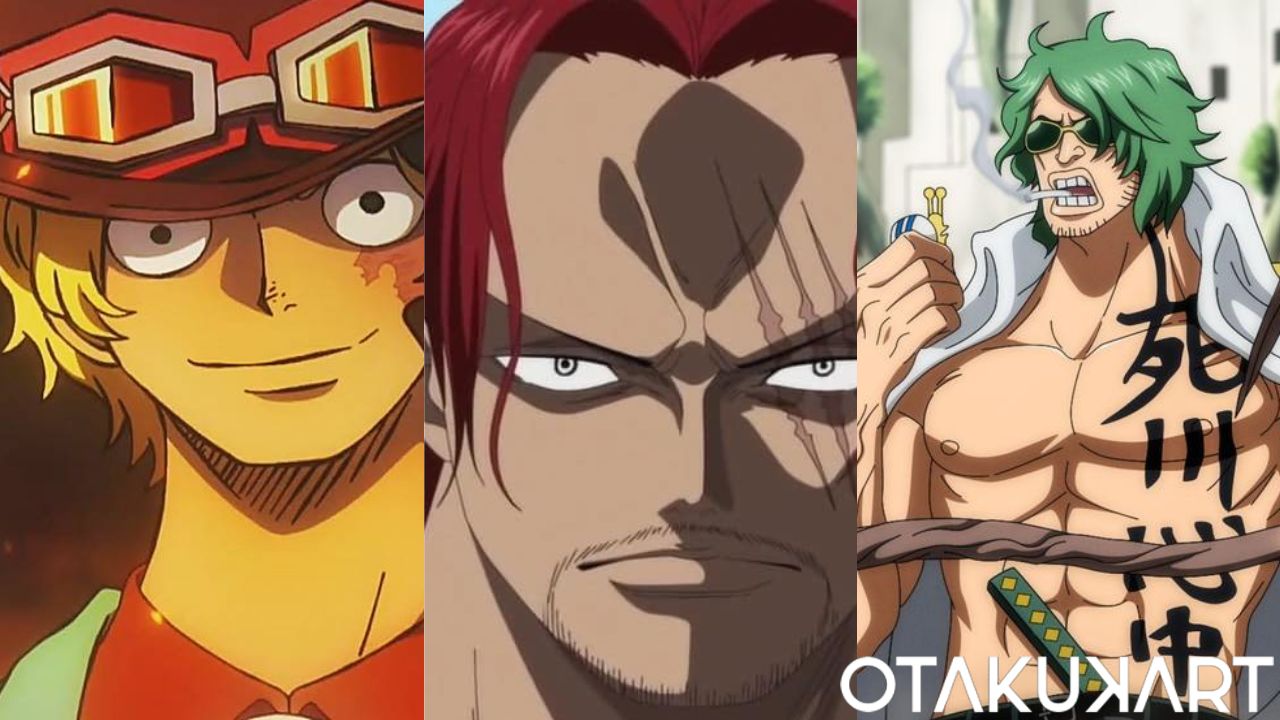 Spoilers for One Piece Chapter 1054 have started to emerge and it is only Monday. One Piece Chapter 1054 is without a doubt one of the most hyped chapters and the whole fandom is on the edge of their seats. This includes the leakers of One Piece Spoilers who have been teasing the fans with images and gifs since this morning. And boy, the chapter does live up to its expectations and is ready to blow the minds of millions of readers. In the latest shonen jump issue, Oda Sensei even shared a message saying that from now on “The real One Piece” will start, and the spoilers for the One Piece Chapter 1054 do hint at that.

One Piece Chapter 1054 Spoilers And Leaks

According to the leaks, One Piece Chapter 1054 is titled “Flame Emperor”. Or it could also say “Entei” which is referring to Ace’s attack. The title is referring to Sabo as well. The cover page of the chapter is not yet confirmed.

Although we have seen the double spread of the emperors (Shanks, Blackbeard, Luffy, and Buggy) we will see it colored in the latest chapter in the lead color spread.

It is not confirmed how the events will take place but we might start with Aramaki entering the Flower Capital. The spoilers for One Piece Chapter 1054 revealed that Aramaki’s devil fruit is named “Mori Mori no Mi” and it is a logia type just as fans predicted which means Forest fruit. It is also not yet confirmed whether it is a mythical devil fruit or not.

Very brief spoilers, thanks to TalkOP .

》 With Redon Message on the Chapter! pic.twitter.com/IiMlgsoHpt

As per the One Piece Chapter 1054 Spoilers, the chain of events will lead up to the Akazaya fighting the Greenbull. Spoilers also said that Yamato will hit Aramaki in the head. Momo will arrive to stop Yamato to fight greenbul.

Shanks and the red-haired pirates

One of the main spoilers of the One Piece Chapter 1054 displayed the appearance of the most mysterious character of One Piece. The spoilers for One Piece Chapter 1054 said that Shanks is with his whole crew near the seas of Wano. Shanks and the red-haired crew will also show their desire to meet Luffy. However, they won’t do so because they want to finish “Bartolomeo”.

》Shanks and his crew is around Wano and seems they want to see Luffy but Shanks want to finish Bartolomeo first!

》Shanks says its time to go after/to get the ONE PIECE !

Furthermore, Shanks also said a thing that shocked the whole One Piece Fandom. He says that “IT IS TIME TO GO FOR THE ONE PIECE”.

Sabo and the revolutionary army

One Piece Chapter 1054 Spoilers reveal that one of the news from the outside world said that “Sabo has killed the King of Alabasta. Nefratari Cobra is dead. Sabo and the revolutionary army successfully helped Kuma. Which could mean they have freed him from the world government. Sabo is being referred to as “Emperors of the Flames” according to the One Piece Chapter 1054 Spoilers. Whereas the head of the revolutionary army, Dragon is also heading to an island with a fleet.

King of Alabasta, Cobra (Vivi's father) was assassinated and the accusation was framed against Sabo.

Akainu and a New Vice Admiral

The last event of One Piece Chapter 1054 according to the spoilers, is going to be about an appearance of a new character. The spoilers for the chapter say that Akainu and Kizaru are talking to a new character named Kurouma which roughly translates to “Black Horse”. His real name is Tensei. Kurouma is rumored to be the head of the navy investigation unit and he is looking into the matters of the Reverie incident. He is also rumored to be Akainu’s son.