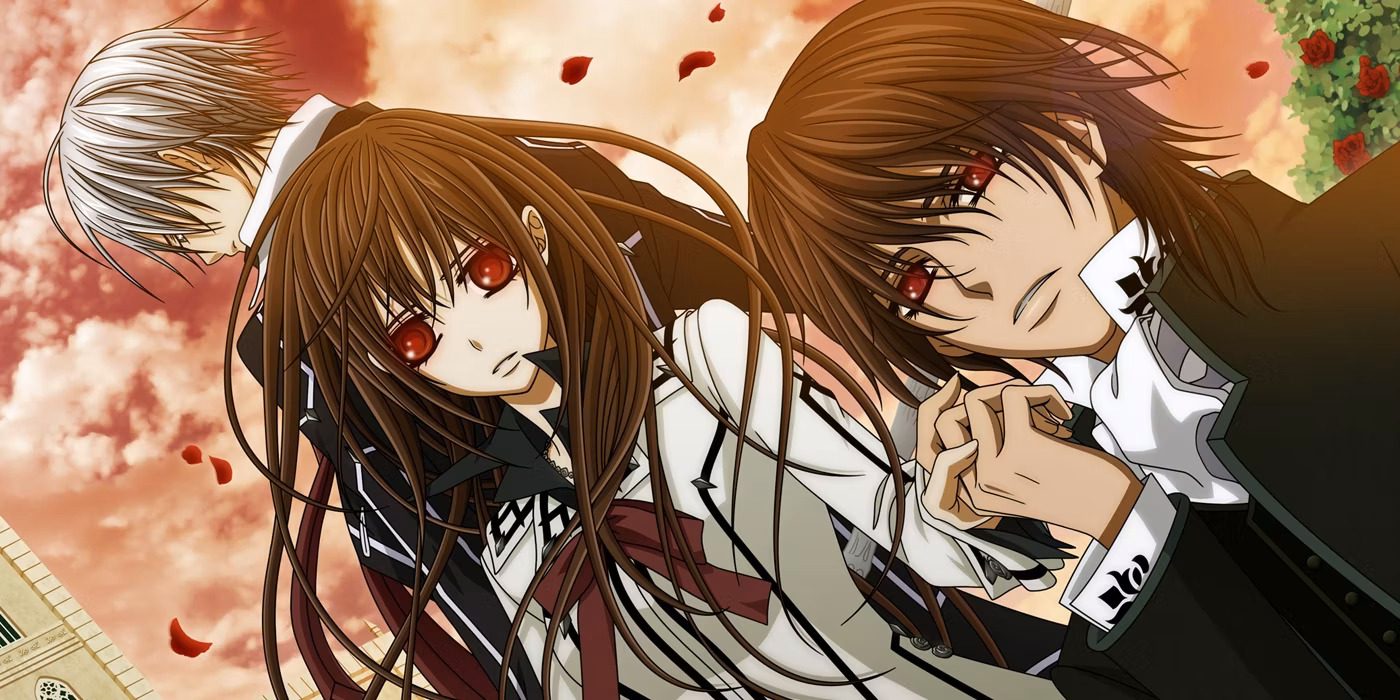 We all have fantasies, right? Some are as colorful as the rainbow, and some which are dark as night. What if you are served these with all the needed spice, drama, and plot, and that too with a touch of romance. It would be great, wouldn’t it? Today, we will discuss the ten best fantasy romance manga worth reading. You will know why these are the best and why you should invest your time and money in them.

Manga about love; Whether a schoolgirl has a secret crush on her senpai, a Love Triangle develops among friends, or competitors fall in love due to competition or their great desire for one another, these mangas portray the joys and difficulties of falling in love. A subgenre of fantasy fiction known as romantic fantasy is a fantasy novel that incorporates many of the tropes and cliches of the knightly romance genre. The emphasis on social, political, and romantic ties is one of the main elements of romantic fantasy. Both romance lines and fantasy lines have published works of romantic fantasy.

Numerous events and clichés are highlighted in romance fantasy. Either a story about supernatural animals or a magical world of love, which in my case seems almost impossible. These usually either raise our bar for love by telling tremendously heartwarming love stories or by igniting our imagination with fantastically unique plots.

The titles on this list of the greatest romance fantasy manga are ones that more well-known, mainstream works have caused many readers to neglect. Reading these books will offer you a dose of warmth and romance that you didn’t know you needed, whether you’re single or in a relationship. So let’s jump right into this list of amazing romantic manga.

Inari Fushimi, a middle school student with frizzy hair, is below average; she is excruciatingly shy and awkward, yet despite all of this, she is undoubtedly nice. Running through the narrow alleys of her village, she finds a little fox pup in a river after shortcutting through the neighborhood shrine. She moves on after saving him, but soon after, her things take a sharp change.

The temple deity Uka-no-Mitama-no-Kami, also known as “Uka-sama,” gives Inari a portion of her strength in appreciation for saving the puppy. By yelling the mystical phrase “Inari, Kon Kon,” Inari can change into anyone. Could she summon the confidence to tell her crush, Kouji Tanbabashi, how she felt? Inari develops a genuine connection with Uka-sama, learns more about the supernatural realm, and discovers that real love knows no boundaries thanks to her new heavenly gift as well as the fox spirit Kon.

One of the most current games on the platform, Sword Art Online, or “SAO,” provides access to the wonderful world of Aincrad, a vibrant, medieval setting where players may create anything they can imagine. With the introduction of this global phenomenon, gaming never has felt more authentic.

The inventor of SAO has trapped thousands of users inside the game, turning the idyllic illusion into a horrific nightmare. The only way out is to complete all one hundred increasingly challenging levels of Aincrad because the “log-out” feature has been eliminated. Any in-game fatality becomes final, terminating the person’s regular life, which makes things more difficult.

Although Kazuto Kirigaya had the good fortune to participate in the game’s beta testing, he soon learns that, notwithstanding his privileges, he cannot successfully navigate SAO’s difficulties by himself. Kirito tries to meet the seemingly overwhelming challenges head-on by collaborating with Asuna Yuuki and other outstanding players. But Kirito discovers that these things are so much easier than it sounds because challenging superiors and dangerous dark cults are blocking his advancement.

Nobody at Sakuradamon High has escaped hearing the lore about Seiji “The Mad Dog” Sawamura’s demonic right hand. He finds it challenging to approach ladies because of his reputation, and after getting turned down 20 times in a row, he half-jokingly makes a promise to graduate high school with his girlfriend by his side.

Seiji is shocked to see that his demonic right hand has changed into a tiny girl, Midori Kasugano, when he awakens the next morning. She tells that she has been crushing on Seiji for the past three years. Seiji tries to get Midori back to normal because neither of their circumstances is good.

However, after seriously upsetting the Kasugano family, the two opt to keep their plight private until an answer is discovered. The unusual connection that follows could be Midori’s only chance to spend her life with the person she loves. Midori Days is one of the best fantasy manga you should read. 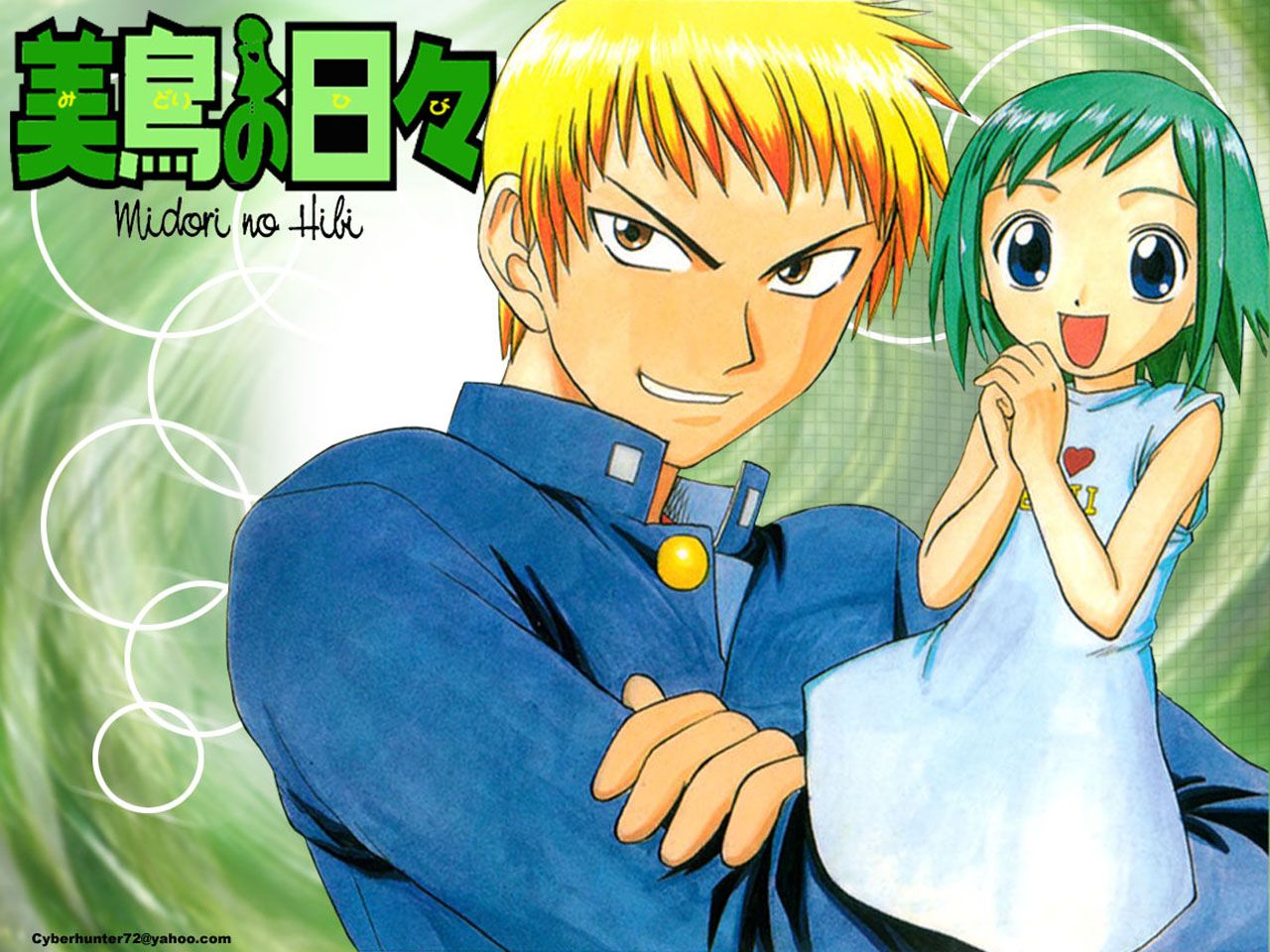 7. The World is Still Beautiful

In the Sun Kingdom, residents experience sunshine daily while never having even heard of rain. However, in a remote country known as the Rain Dukedom, the climate is switched around, and anyone there can make rain by using their voice.

In the three years time after Livius Ifrikia was crowned king, he subjugated the entire planet and increased the Sun Kingdom’s power. After realizing that he can make rain, Livius chooses to wed Nike Remercier, one of Rain Dukedom’s princesses. The princess starts to brace herself for the worst when she learns that Livius is thought to be a cruel, brutal, and despotic king by those outside of the Sun Kingdom.

The World is Still Beautiful

The affable and truthful Kobato Hanato has a strong desire to visit a specific location. She is entrusted with assisting those who are in need to satisfy this yearning. A tiny candy-like fragment is created for each damaged heart that has been repaired, and it fills a unique bottle. She will get her to wish after the bottle is filled.

Kobato runs into a variety of people who are disturbed by their diverse circumstances as she and her stuffed animal buddy, Ioryogi, complete their quest. From a youngster having issues with his parents to a high school lady having problems with romance, Kobato is ready to make everyone’s day better with his naturally lovely grin and cheerful nature! 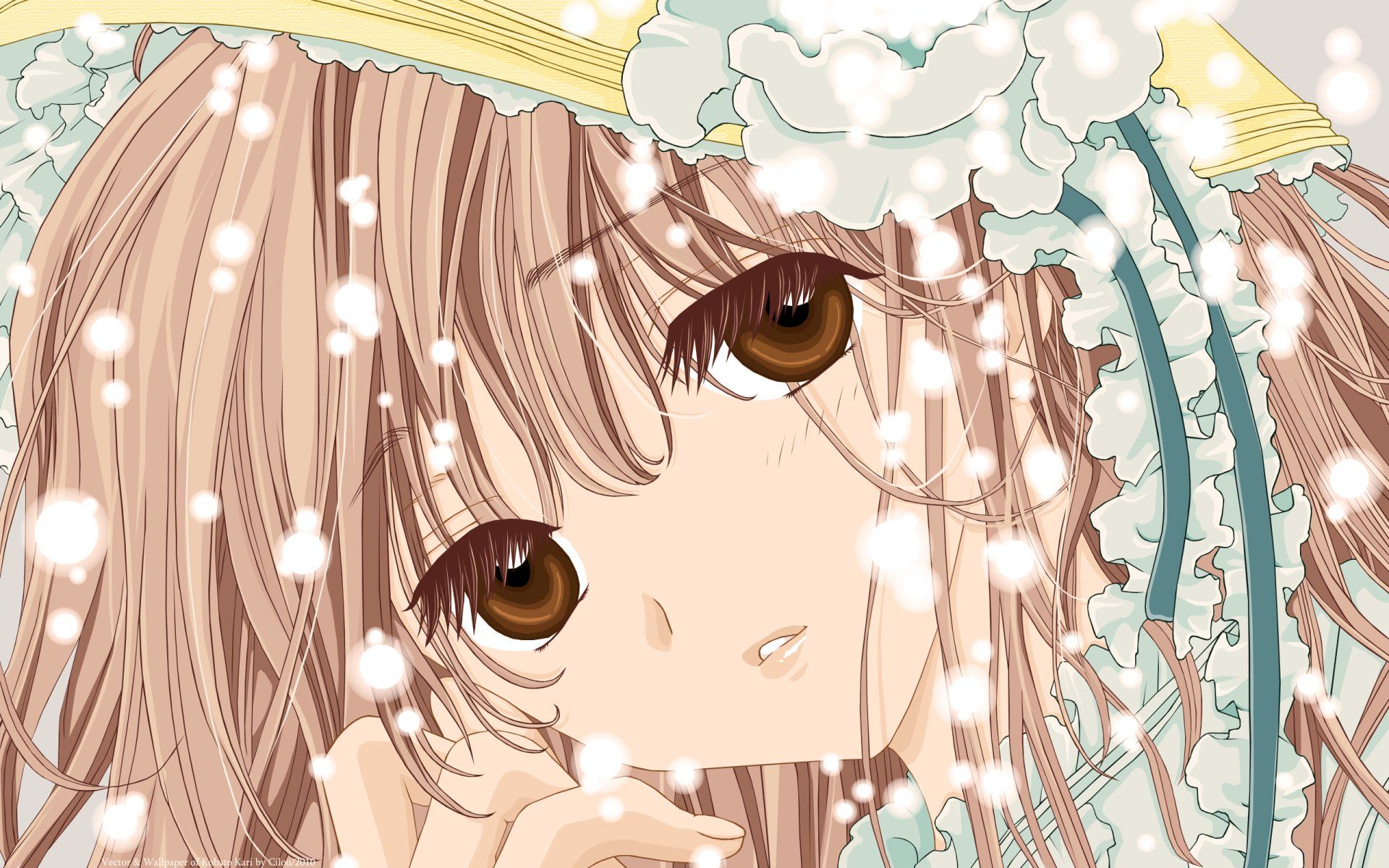 5. Anohana: The Flower we saw that Day

Jinta Yadomi, a tranquil loner, spends his days at home playing video games rather than attending school. His childhood friend Meiko “Menma” Honma pesters him to fulfill a forgotten wish one hot summer day. She finds it annoying that he doesn’t even notice her, but he doesn’t care. Menma passed away many years ago, after all.

Jinta initially believes that he is simply experiencing summertime hallucinations, but he soon comes to believe that what he is seeing is the spirit of Menma. After her unexpected death, Jinta and his circle of childhood friends drifted apart, but they come back together as they work to bury Menma’s ghost.

Would they be able to muster the will to enable not only Menma but also themselves to move on while reliving their sorrow and guilt? 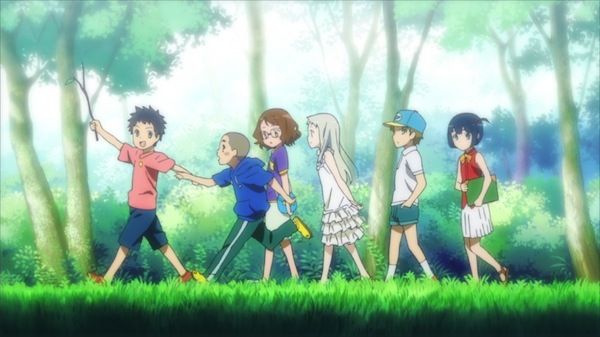 Following Natsu Dragneel and Gajeel Redfox’s incredible triumph over Sting Eucliffe and Rogue Cheney of the Sabertooth guild, the Grand Magic Games come to a close. The Fairy Tail guild is now one step closer to being named the overall champion, but winning isn’t their only obstacle. There are still more mysteries than answers surrounding a cloaked figure and the menacing Eclipse Gate.

As their destructive pranks and gleeful rowdiness continue unabatedly, Fairy Tail may expect more wild escapades. The guild is always prepared to meet any challenges that may come their way since they are unified as a family and are facing their biggest trial. Fairy Tail is another good fantasy romance manga you should read. 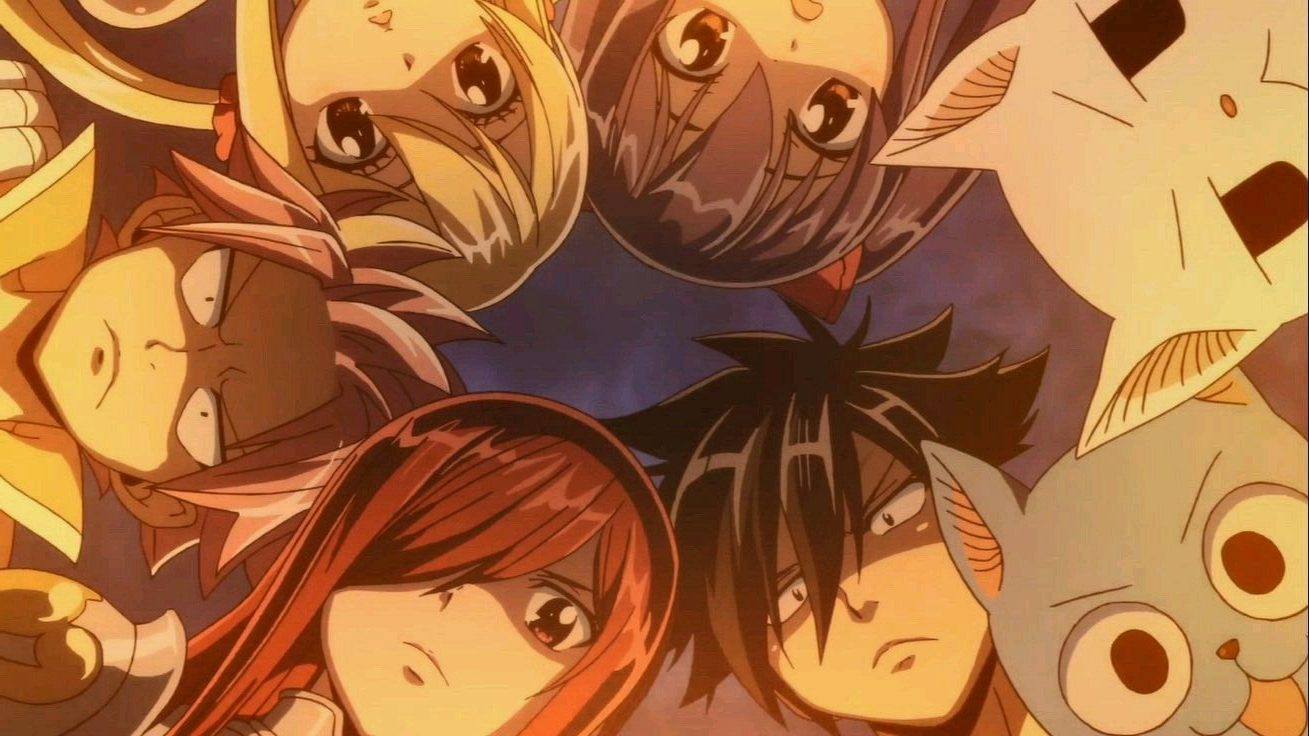 A towering, masked man purchased a 15-year-old Japanese girl named Chise Hatori at auction for £5,000,000. She was willing to sell herself to every buyer if it means having a home after being abandoned at an early age and teased by her friends for her unusual conduct. While in chains and traveling to an uncertain fate, she overhears robed men chatting and moaning about how they managed to obtain a rare “Sleigh Beggy” along the road.

Elias Ainsworth, a magus, is revealed to be the mysterious man after leading the girl to a study while ignoring whispers. The two open their minds to Elias’ gorgeous cottage in the English countryside after a little argument and some teleportation magic. Chise’s narrative as the trainee and rumored spouse of the legendary magus begins with her arriving and being welcomed by fairies and encircled by strange and lovely creatures. 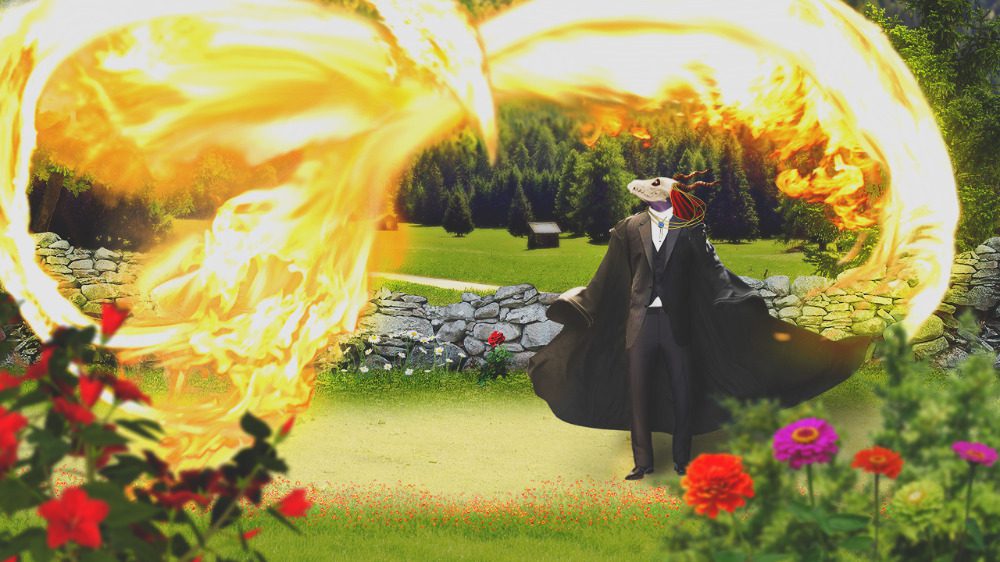 Shichika Yasuri practices Kyotouryuu, a sword-fighting method that involves using one’s own body as a weapon, in an Edo-era Japan that is rich in different sword-fighting techniques. Shichika, the mysterious seventh head of the Kyotouryuu school, lives in seclusion with his sister Nanami until the obnoxious strategist Togame interrupts their lives one day.

Togame boldly asks Shichika to assist her in her goal to gather 12 unique swords, dubbed the “Deviant Blades,” for the shogunate. Shichika agrees, caring more about the girl than partisan squabbles, and sets off on a quest. The strong bearers of these legendary weapons, and other power-hungry beings attempting to undermine Togame’s goal, stand in their way.

The pair must build an unbreakable partnership as they continue on a perilous and unpredictable route if they are to succeed against their enemies. 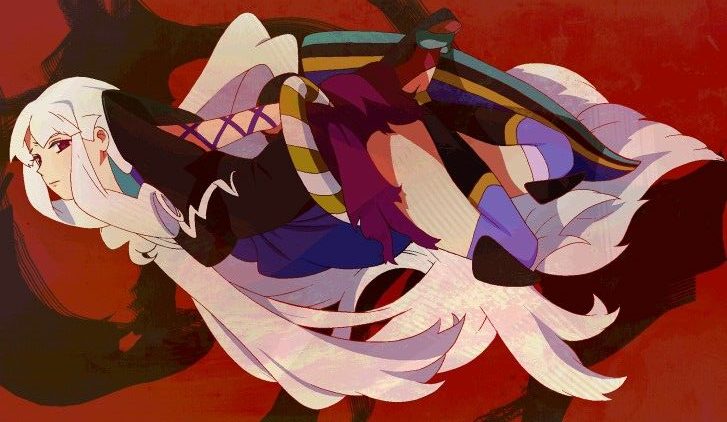 The disciplinary committee of Cross Academy, which houses the Day Class and the Night Class, is made up of the jovial Yuuki Cross and the stern Zero Kiryuu. When the classes switch out, their responsibility is to maintain order. Even though it might not seem like a particularly challenging endeavor, the Day Class is ignorant that the Night Class’s stunningly attractive students are vampires.

Kaname Kuran, a Pureblood vampire, rescued Yuuki ten years ago from a vampire attack. Now that Kaname is in charge of the Night Class, Yuuki can see him again thanks to her position on the disciplinary committee, which causes her feelings for him to become more confusing.

Zero, meanwhile, harbors a ferocious loathing for all vampires and thinks they can never coexist peacefully with humans. The fragile calm at the institution is soon jeopardized by a mystery from Zero’s past, and things might never be the same. Vampire Knight is considered one of the best fantasy romance manga worth your time.

These were the ten best fantasy romance manga for you to read.

Also Read: 10 Best New Romance Manga in 2022 That You Should Not Miss!