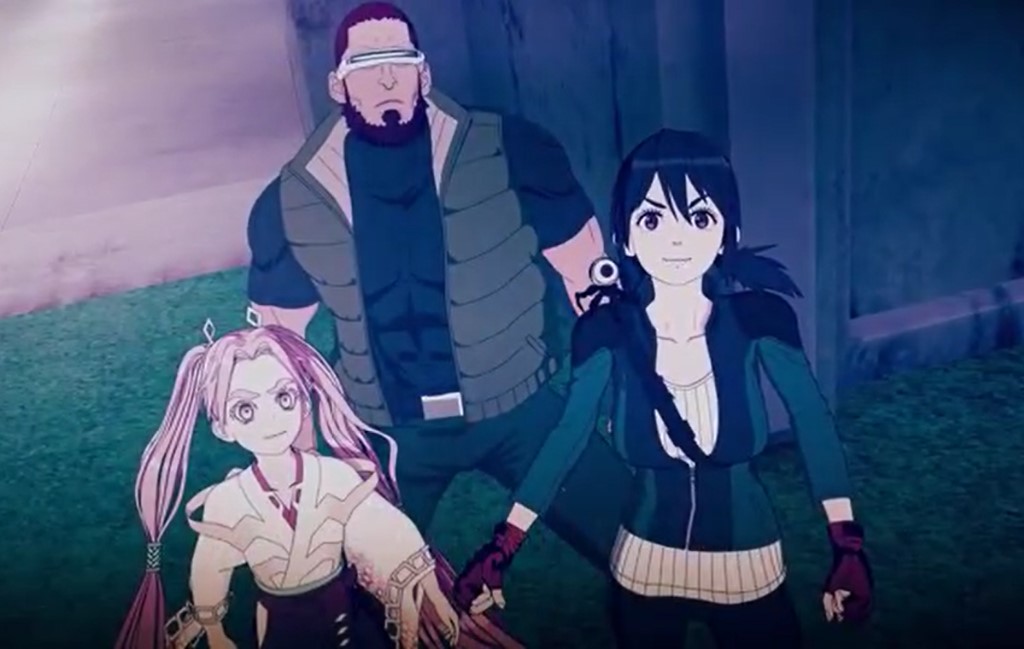 Natsume has entered the Ex-Arm world where he is looking for Ex-Arm named Beta, who resembles him. He wants to get justice after bringing Beta to police custody. At the same time, Minami finds the truth about his parents and brother Soma, who want to avenge the death of their parents. Minami is trying to stop Al Jarde and Soma from killing president Hayama. Alma interferes and told Minami to stay out of it.

During the battle, Natsume and the others met with a mysterious Ex-Arm. He told them that he had met Natsume before. Natsume asks the Mysterious Ex-Arm who he is, and he reveals that he is Beta. Hatsume told Beta that he is going down. Minami asks Beta what business does he have with Jinkoku. Beta said that he would just kill them.

Ex-Arm Episode 9 will release on Monday, 8 March 2021, at 1:05 JSTon Crunchyroll. Let’s find how Natsume will meet with Beta on the updates below.

Beta told them to come and see him and reminds them about the stadium built on the stage. He said that is where he is since he is talking with them using a hologram. Alisa and Chikage are trying to find where the message came from. Alisa reveals that the message is behind a billion proxies, but she will manage.

She also said she could not find anything useful in the police database, and she can’t access Irya’s database. Chikage is wondering who Beta is while Natsume and Minami head to the stadium. When they reach there, they met with Kondo, who asks if they are okay. Kondo reveals that Ygg saved her, and Ygg went to Natsume, calling him her dear.

Minami asks Yggdrasil why she is in the real world, and Ygg said her body is just made to help them. Ygg reveals that there is something wrong with Alma, and she will get her back to their side. Alma, Soma, and AL Jarde are on their way to kill the president. They both arrive at the stadium. Natsume heard another android talking and thought that it is Beta. 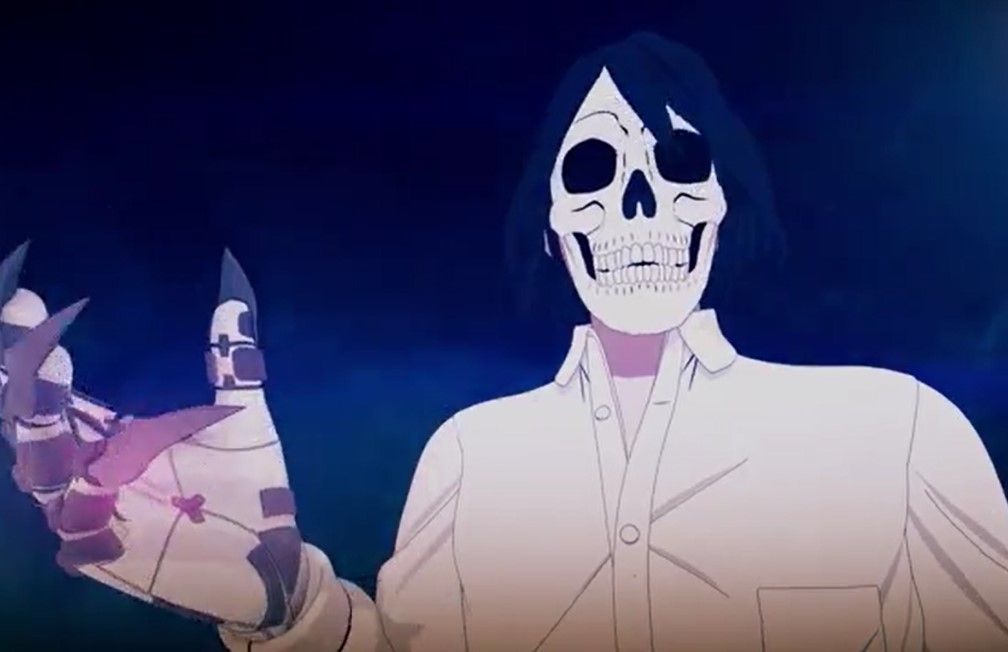 Ygg reveals that it is Blaz Inc, a construction android, and it must be remote-controlled. Blaz shows them what they came for, and they find that it is president Hayama, his granddaughter, and the bodyguard. They are both locked inside the cage, and Natsume told Blaz to release them. Blaz said he never made an offer that he will release them. The Auctioneer arrives. He said that he is the one running the auction, not Beta.

Natsume asks the Auctioneer to tell him who Beta is, and he told him that he has already met with him. The Auctioneer reminds Natsume about the incident that happened ten years ago. He also reveals that Beta is the one who uses Ex-Arm Number 11 to cause the Tokyo Attack. Chikage said if the Auctioneer is telling the truth, it meant Natsume has nothing to do with it. The Auctioneer said he is beginning the auction since all the bidders are here.

He told all the bidders that whoever catches Beta will get all his Ex-Arms. Blaz replies that if they act bossy with him, people will be killed. Al Jarde told Alma that they are taking the Auctioneer down and Jinkoku. Nguyen said he wouldn’t let that happen; he needs all of those Ex-Arm. Beta is using Blaz’s body that they have to take it down. 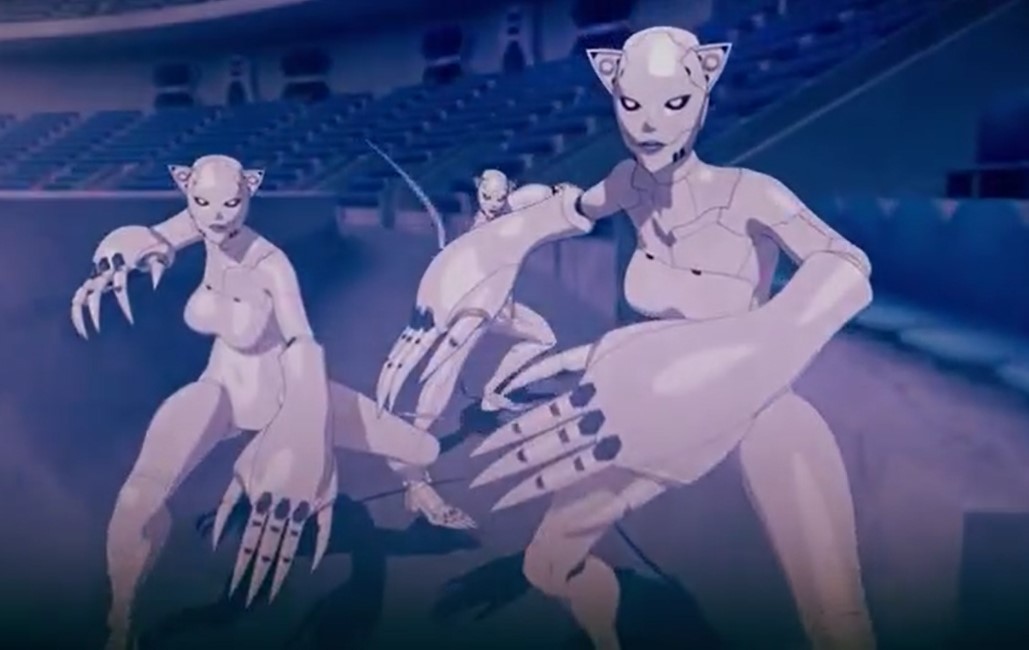 Hayama said he would protect Japan, and he won’t let it fall down. He got up and told Blaz to kill him or take him as a hostage. He will never kneel before anyone, and Blaz said as he wishes. Blaz unleashed a blade and stabbed Hayama’s belly. Al Jarde gets angry and shouts that Hayama was supposed to be killed by him. Blaz told Al Jarde to relax; he did not cut Hayama’s vital. He wonders who will come and save the old geezer before he dies.

Kondo and Minami decide that they will have to take down the Auctineerto to save Hayama. Alma started to battle with the cat android while others think about saving Hayama. Ygg also joins that battle to save Alma and convince her to come to their side. Nguyen wonders why everyone is siding with Beta, and he said it is not a good business.

Ygg manages to send Natume’s body to the realm representing Megafloat’s network. Ygg said it is Beta’s firewall and told Natsume to hurry before Beta finds out. She built an attack program. Ygg said she calls it the Buster Sword and orders Natsume to use it to wreak havoc in this realm. While he is destroying it, he met with Beta and started to fight. But they fool Beta and free the hostages, and Amaterasu arrives.