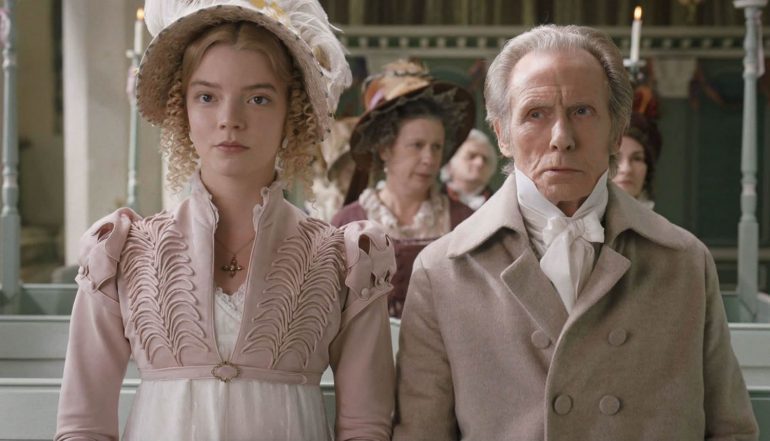 What are Cottagecore Films: Which Ones to Watch – Top 8 Movie Recommendations

In today’s day and age, there are chances of you coming across the word “Cottagecore” at least once in passing if you are even remotely active on social media. Made popular by Tik Tok, this aesthetic is all the rage now. But what if we told you that this is more than just a Tik Tok aesthetic? What if we told you that there are actual cottagecore films out there that you can watch and enjoy? No, your eyes do not deceive you, you read that right!

Cottagecore is an aesthetic associated with romanticizing a simple life centered around nature and western agriculture. Going by this definition, several films emulate it. With this article, we take a look at 10 films that would pass off as cottagecore. Read on to know more!

If you are all caught up with news regarding cottagecore, you would already know that Miss Honey is hailed as the queen of this aesthetic. This could be because she quite literally lives in, well, a cottage!

Matilda is one film that every person should watch as a child. As an adult, it is even more crucial for us to get to it. Following the story of a little girl called Matilda, the film teaches us so much about childhood, life, family, and relationship. Adapted from a popular Roald Dahl book, the movie is every cottagecore lover’s dream come true. Although the chances of one not having watched this film yet are slim, we know that a little reminder hasn’t hurt anyone!

This film is everything good and pure in this world. If you think the description is sappy, wait till you actually watch the movie. Cottagecore films are supposed to make you feel a certain way.

With Moonrise Kingdom, you feel that and more. This 2012 film is a romance-drama that follows the story of 12-year-old Sam and Suzy. Having run away from home, they prompt a search party to go looking for them. It is one tale of heartwarming romance and love. All of this aside, the aesthetic is beautiful and goes with the storyline too! If this sounds like something that floats your boat, get on the right with it!

One look at the film, and you already know this is as cottagecore as it gets. With Tuck Everlasting, our favorite blue-eyed damsel Alexis Bledel returns. It is one of those cottagecore films with everything you could ever ask of the genre because of the themes it projects. This is the story of a young girl who falls in love with a charming boy. Sounds normal, right? Wrong! The catch here is that the boy is immortal. In fact, his entire family is. I didn’t see that coming, did you? Ha!

The storyline is fresh, and the casting is spot on. Nobody could have played these roles better, and you will understand what we mean by this statement when you witness the performance yourself!

This list of cottagecore films would not really make any sense if it didn’t feature a Jane Austen adaptation. If you are looking for a period film to sweep you off your feet, Emma should be your pick.

Having Anya Taylor‑Joy of The Queen’s Gambit fame as the title character, this 2020 movie has been directed by Autumn de Wilde. The movie is one for every hopeless romantic as it gives out the vibe of a simpler time and features a storyline that is sure to make you all warm and fuzzy. Emma is an Austen novel comes to life in the literal sense, and we couldn’t be any more excited to have this in our recommendations!

Whoever said cottagecore could not be dark and gothic certainly hasn’t watched this gem of a film yet. Angelina Jolie might be our favorite Disney villain, and we’re sure many share this opinion.

Maleficent takes the classic tale of Princess Aurora and puts a different, more welcome spin to it. The movie teaches us that not everything is black and white and urges us to look at the grey area in between. Each of the characters’ performance is breathtaking, and the film has the classic Disney essence to it. Elle Fanning is our typical cottagecore princess, and you should know that we are here for it!

This is where things get very interesting. If you thought that cottagecore films are only a certain type of storyline, we are here to (happily) break your bubble. We should remember that cottagecore is actually an aesthetic and not a genre. As a result, the film can feature any plotline whatsoever.

Holding on to that thought, we present to you Midsommar. This movie was in the talks worldwide when it came out because of its bizarre and interesting plot. Although the film belongs to the horror genre, one cannot ignore the beautiful scenic backdrop that it is set against. If you’re looking for a cottagecore film but want to switch things up, we suggest you check Midsommar out.

7. From Up on Poppy Hill

Studio Ghibli films are a lot of things, and one of those is cottagecore. We can list down several movies that fall under this category, but we have narrowed it down to just one for convenience’s sake.

Premiering in 2011, this film follows the story of characters living in 1963 Japan dealing with the aftermath of the second world war and the rapid wave of modernization they have been subjected to. The time period in which the film is set is on itself one that’s filled with references to this aesthetic and, as a result, makes From Up on Poppy Hill a cottagecore favorite. We need not tell you what to expect from a Ghibli film except maybe make a promise that you will be pleasantly surprised.

If you’ve been here for a while, you might know how we feel about underrated films. This article’s addition to the list is The Secret of Moonacre.

Directed by Gábor Csupó, the movie is an adaptation of the book The Little White Horse. The plot follows a girl named Maria who changes into a cursed mansion. She soon realizes that the mansion and everything it holds will disappear forever if she doesn’t cook up a plan to prevent it from happening. The rest of the film follows her attempts to develop strategies to save the place and make for a very engaging watch.

This movie’s vibe is immaculate, and the aesthetic appeal can only be felt first-hand and cannot be described by mere words. It fits into the genre perfectly but isn’t another one of your run-of-the-mill fantasy films. The characters are interesting and multi-faceted, and the storyline is one that grabs your attention right from the beginning. If you are in the mood for adventure, you need to pick this movie and run with it.

We’ve made our list and have made it well. Now, it is time for you to experience everything cottagecore has to offer and marvel at the wonders of a simple life. This might be just the thing you are looking for, for all we know!

Read More: Best Indian Web Series of 2020 That You Should Watch