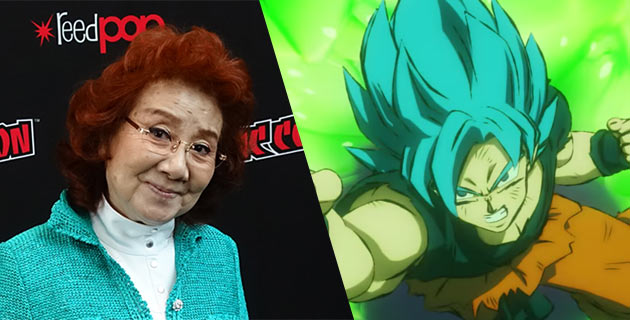 In a time before all the lock-downs around the world, I had the opportunity to interview Masako Nozawa, the legendary Japanese voice actress behind Dragon Ball Z’s Goku, Gohan, Goten, Vegito and Gogeta for Nerds4Life’s YouTube channel. The exclusive interview took place at Supanova Melbourne, where I asked the voice actress about her beloved Goku, as well as the Dragon Ball Super anime.

In the interview, Nozawa spoke of her favourite character, outside of Goku that is. The character she mentioned was someone who had been with Goku since the very beginning, a character who trained alongside him as a child before his eventual death caused him to transform into a Super Saiyan for the first time. Yes, the character I’m talking about is none other than Krillin who is Masako Nozawa’s favorite character.

Later, the conversation shifted to the future of Dragon Ball Super. At the time, Dragon Ball Super was still running, which means that this is not an indication of when the Dragon Ball Super anime will return, as the series has been on hiatus for almost two years now. However, in saying that, a return should be soon with the Moro arc in the manga and the Broly movie providing the animation team with plenty of new content.

Masako Nozawa stated that she thinks that the Dragon Ball Super anime could surpass the Dragon Ball Z and Dragon Ball episode count. Furthermore, she believed that she will be working as Goku for some years to come. I know, this might not be an exact time-frame for an anime return but it’s an indication from the series’ most important character, that there’s still a lot more to come and soon too.

If you would like to check out the video on Nerds4Life’s YouTube channel you can in the video below. Sadly though, most of the video’s audio was corrupted and only the footage was saved. However, there is a voice-over that describes the interview so, enjoy.