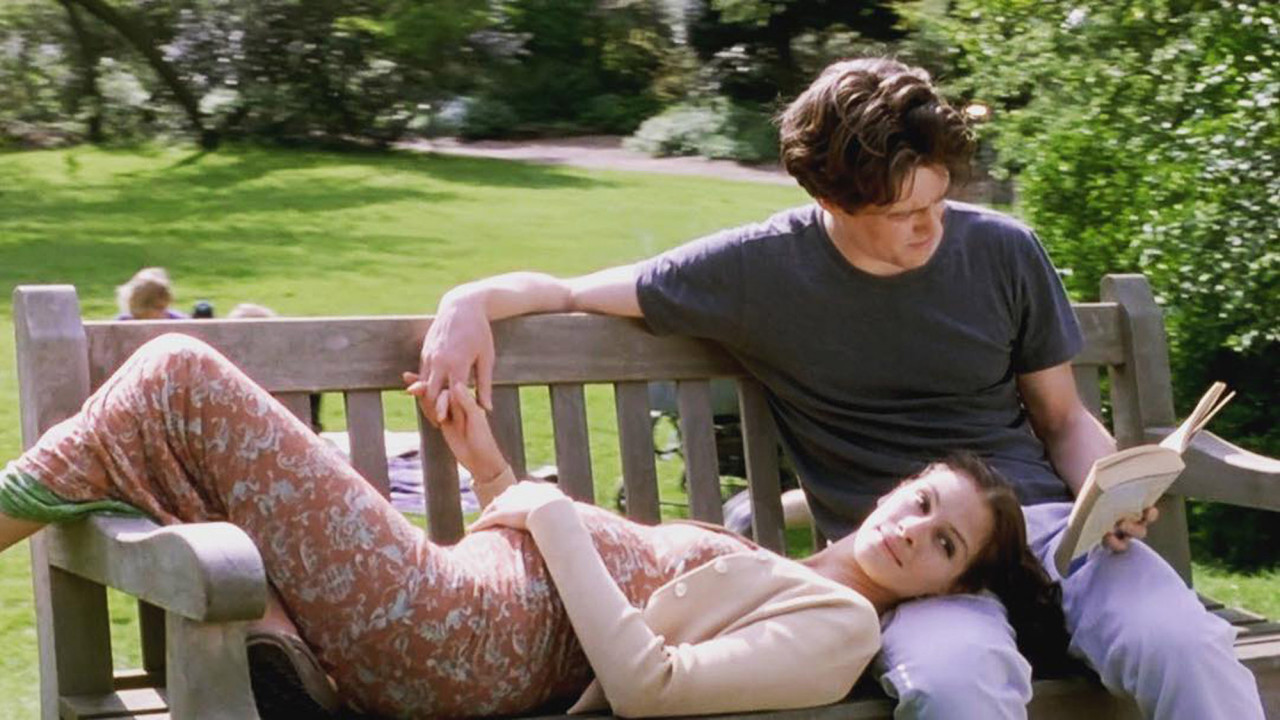 The romantic comedy genre is a subgenre of comedy and is mostly called the “slice-of-life fiction.” The stories in such movies focus mostly on lighthearted, humorous, and easy-breezy plotlines. The ideals are romantic. Like for example, how true love is able to conquer most obstacles and problems. There is always a happy ending in such movies. More often than not, anyway.

Romantic comedy films contain a quantifiable genre of comedy films as well as of romance films. In certain cases, they may also have elements of screwball comedies. A romantic comedy is called as a film with two genres, and not a single new genre. It is romantic and it is a comedy. There are times when some television series can also be classified as romantic comedies.

Certain movies are entirely driven by the meet-cute situation, a boy meets a girl in a very funny and cute way. You’ve Got Mail, The Wedding Planner, and While You Were Sleeping are some of the examples in that direction.

Today we decided to list the most rewatchable romantic comedies for you while self-isolating yourself.

The film is directed by Garry Marshall and is based on a screenplay by J. F. Lawton. Pretty Woman stars Richard Gere and Julia Roberts in the lead roles. The rest of the cast features include Héctor Elizondo, Ralph Bellamy, Laura San Giacomo, and Jason Alexander in supporting roles.

Pretty Woman’s story centers on down-on-her-luck Hollywood sex-worker Vivian Ward. She is hired by Edward Lewis, a wealthy businessman, to be his escort for several business and social functions. Gradually the two of them fall in love with one another.

The film’s title Pretty Woman song is based on “Oh, Pretty Woman”, written and sung by Roy Orbison. It is one of the most iconic songs of all time. Julia Roberts and Richard Gere were paired for the first time on-screen. They did another rom-com later called, The Runaway Bride in 1999.

Pretty Woman was re-conceived as a romantic comedy with a large budget. Something it wasn’t supposed to be original. But as they say, all is well that ends well.

The film is directed by Roger Michell. The screenplay for Notting Hill was written by Richard Curtis, who is the author of Four Weddings and a Funeral, also starring Hugh Grant.

Notting Hill stars Julia Roberts, Hugh Grant, Rhys Ifans, Emma Chambers, Tim McInnerny, Gina McKee, and Hugh Bonneville. The story is centered around a romance between a London bookseller played by Grant and the famous American actress played by Roberts, who suddenly happens to walk into his shop to escape the paps.

Notting Hill was received well by critics and it became the highest-grossing British film of all time back in the day. Hugh plays William Thacker who owns an independent book store in Notting Hill, London.

Just Like Heaven is a 2005 American romantic comedy fantasy film.

The movie is directed by Mark Waters It stars Reese Witherspoon, Mark Ruffalo, and Jon Heder in the lead roles. Just Like Heaven is based on the 1999 French novel If Only It Were True (Et si c’était vrai…) by Marc Levy. You would be very surprised to know that Steven Spielberg obtained the rights to produce the film from the book.

The story is about Elizabeth Masterson (Reese Witherspoon), who was a young emergency medicine physician in San Francisco. She worked all the time and she died in a serious car accident. Three months later, David Abbott (Mark Ruffalo) moves into Elizabeth’s apartment. Fate binds them together.

A Lot Like Love is a 2005 American romantic comedy-drama film.

This one is talked about that much, but it is a fantastic film for sure. A Lot Like Love is directed by Nigel Cole and it stars Ashton Kutcher and Amanda Peet in the lead roles. It is based on a screenplay by Colin Patrick Lynch. The story focuses on two individuals whose relationship slowly evolves from lust to friendship to romance and love over the course of seven years.

The movie is basically a series of chapters that take place at a turning point in each character’s, (Ashton Kutcher as Oliver Martin and Amanda Peet as Emily Friehly) life.

Their first encounter is on a flight from Los Angeles to New York City. They meet there and fall in love gradually over years while also keeping in touch with one another.

Easily the most rewatchable film. Bridget Jones’s Diary is directed by Sharon Maguire and written by Richard Curtis, Andrew Davies, and Helen Fielding. You’d be pleased to know that the film is a co-production of the United Kingdom, the United States, and France. Bridget Jones’s Diary is based on Fielding’s 1996 novel of the same name. It is a reinterpretation of Jane Austen’s 1813 novel Pride and Prejudice.

In this adaptation, Renée Zellweger stars as Bridget Jones, a 32-year-old single woman. Colin Firth, Hugh Grant, Jim Broadbent, and Gemma Jones are all featured in supporting roles. The movie ended up grossing over $280 million worldwide!

Two equally successful sequels released after this one, Bridget Jones: The Edge of Reason (2004), and Bridget Jones’s Baby (2016).

The film is directed by Glenn Ficarra and John Requa. It is written by Dan Fogelman, and it stars Steve Carell, Ryan Gosling, Julianne Moore, Emma Stone in the lead roles. The lead cast is led by Marisa Tomei and Kevin Bacon.

Crazy, Stupid, Love.  follows a recently divorced man, Carell who seeks to rediscover his manhood by picking up girls and women. He is taught to do so by the womanizer Ryan Gosling.

500 Days of Summer is a 2009 American romantic comedy-drama film.

The movie comes by first-time director Marc Webb. It is based on a screenplay written by Scott Neustadter and Michael H. Weber and produced by Mark Waters. 500 Days of Summer stars Joseph Gordon-Levitt and Zooey Deschanel in the lead romantic opposites. It employs a nonlinear narrative storytelling structure. The story is based upon its male protagonist and his memories of a failed relationship.

500 Days of Summer garnered great reviews from the audiences and it became a successful “sleeper hit”, earning over $60 million in worldwide return. It won two nominations at the 67th Golden Globe Awards: Best Motion Picture – Musical or Comedy and Best Actor – Musical or Comedy for Gordon-Levitt.

10 Things I Hate About You

10 Things I Hate About You is a 1999 American romantic comedy film.

The film is directed by Gil Junger. It stars Julia Stiles, Heath Ledger, Joseph Gordon-Levitt, and Larisa Oleynik in the lead roles. The screenplay, written by Karen McCullah Lutz and Kirsten Smith. 10 Things I Hate About You is a modernization of William Shakespeare’s late-16th-century comedy The Taming of the Shrew.

The Holiday is a 2006 romantic comedy film.

The film written, produced, and directed by Nancy Meyers. Since the storyline shifts, it was filmed in both California and England. It stars Kate Winslet and Cameron Diaz as Iris and Amanda, two lovelorn and heartbroken women from opposite sides of the Atlantic Ocean. They enlist in a home exchange and arrange their places for each other to escape heartbreak during the Christmas and holiday season.

The supporting cast is played by Jude Law and Jack Black was cast as the film’s leading men Graham and Miles. Eli Wallach, Shannyn Sossamon, Edward Burns and Rufus Sewell playing supporting roles in The Holiday.

How To Be Single

How to Be Single is a 2016 American romantic comedy film.

The film is directed by Christian Ditter and written by Abby Kohn, Marc Silverstein, and Dana Fox. How to Be Single is based on the novel of the same name by Liz Tuccillo. The film stars Dakota Johnson, Rebel Wilson, Alison Brie, Leslie Mann, Damon Wayans Jr., Anders Holm, Nicholas Braun, Jake Lacy, and Jason Mantzoukas in the lead roles. Dakota leads the cast but it is Rebel Wilson who shines.

Alice (played by Dakota Johnson) temporarily dumps her long-time college boyfriend Josh and moves to New York City to be a paralegal. She moves in with her sister, Meg (Leslie Mann) an OB/GYN. She meets Robin (Rebel Wilson) at her office. Together the three women navigate their lifestyles and relationships. Alison Brie stars in the movie too, even though she doesn’t have a scene with the three girls.

10 Shows To Watch If You Love Watching Perry Mason