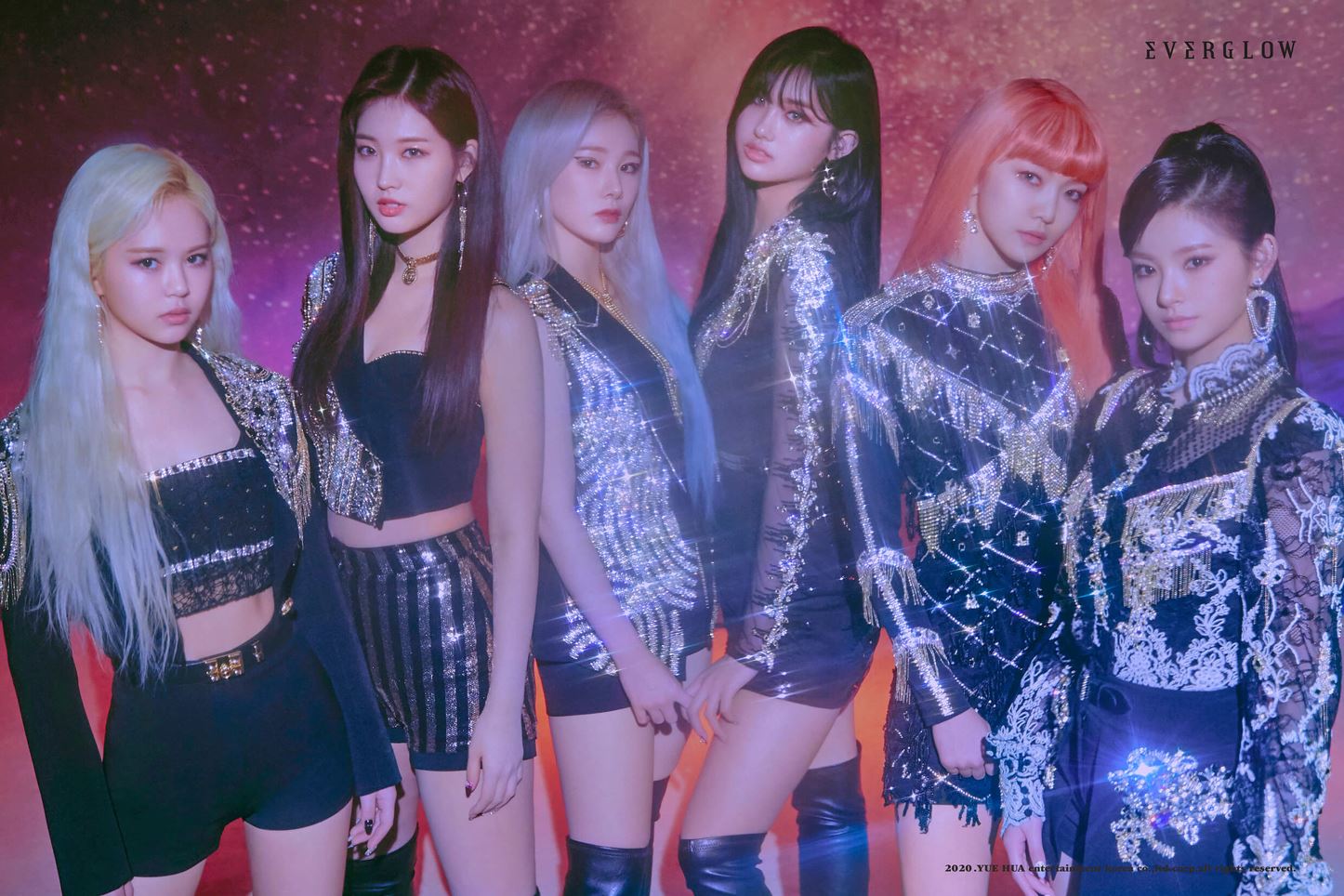 If the word underrated had a picture in the dictionary, it would no doubt be of the Kpop girl group Everglow members. The group made its debut under Yuehua Entertainment in 2019. Their debut album was titled Arrival Of Everglow. The title track of their debut album was ‘Bon Bon Chocolat,’ which was co-written by Melanie Fontana, who has also worked with famous Kpop artists such as BTS and Tiffany Young in the past.

The group hit it out of the park with its debut album, which reached the sixth position on the Gaon Album Chart. The group has been nominated for many big awards, such as the Global Popularity Award, Female Idol Group Popularity Award, and Artist Of The Year award. Fans absolutely love the Everglow members for their trendy style and amazing music. So without further ado, let us get to know the Everglow members.

Get To Know The Glowing Everglow Members:

Kim Sihyeon is the leader of the Everglow members. She is also the lead vocalist, visual, and face of the group. Additionally, Kim Sihyeon was born on 5th August 1999. Many of you may remember her from Produce 101 and Produce 48, where she was ranked at 40 and 27, respectively. Sihyeon is good friends with IZ*ONE members. She was chosen as the MC for ‘The Show’ on 7th February in 2020. 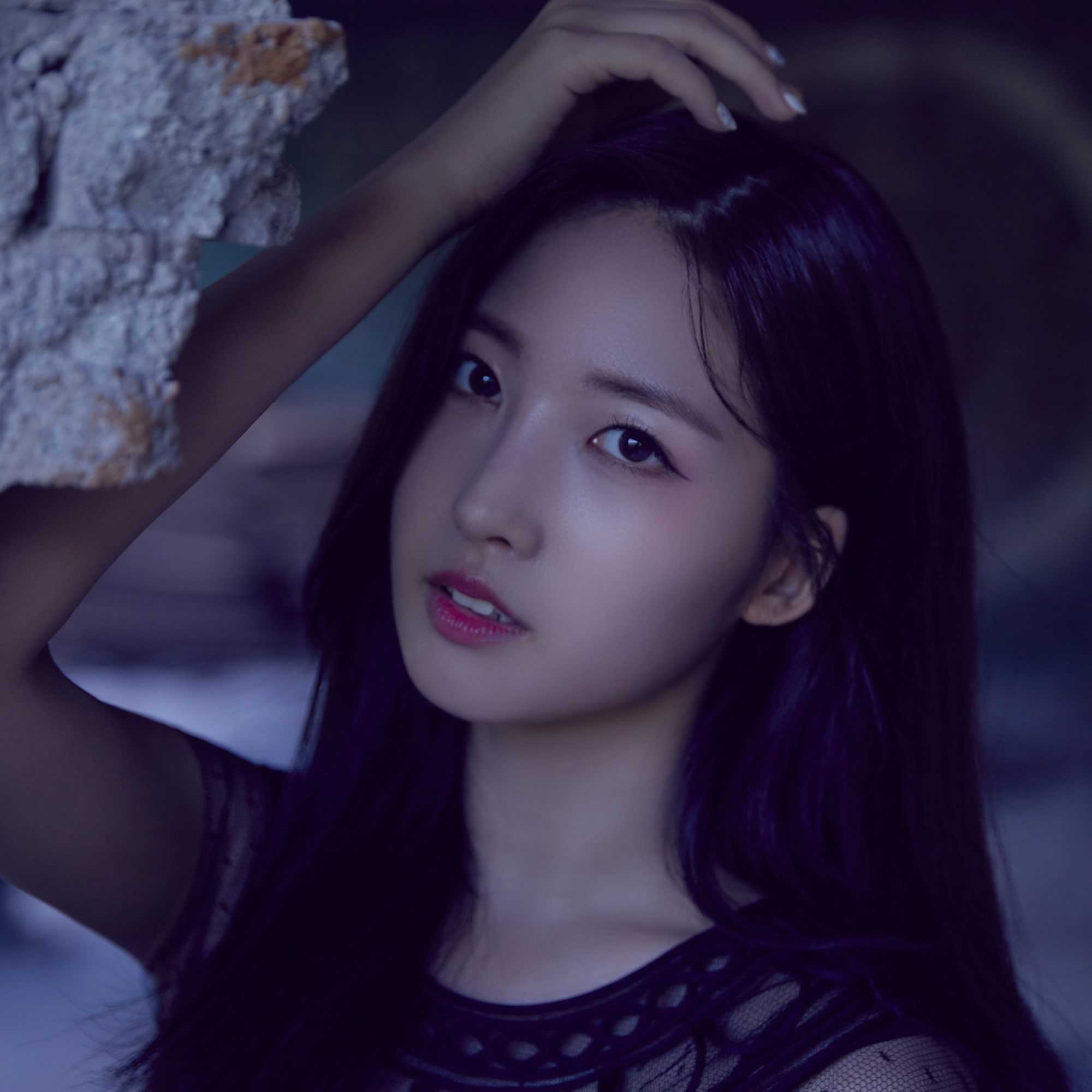 Park Jiwoon is better known by her stage name E: U. She is the main rapper and main dancer of Everglow. She was born on 19th March 1998. She was the fifth Everglow member to be revealed. She used to be the group leader before Siyeon took the position after their comeback showcase. She has named Lee Hyo as her role model. Her favorite series is ’13 Reasons Why’. She used to model for STARE shoes. 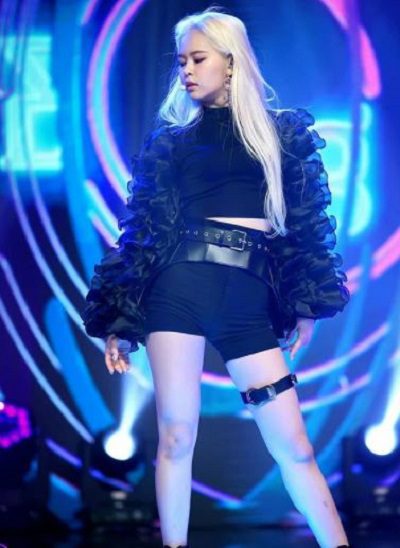 Han Eunji is popularly known by her stage name Mia. She is the main vocalist and main dancer. Additionally, she was born on 13th January 2000. Mia was the second Everglow member to be revealed. Fans go crazy for her deep low voice. She has named BoA and Ailee as her inspirations. 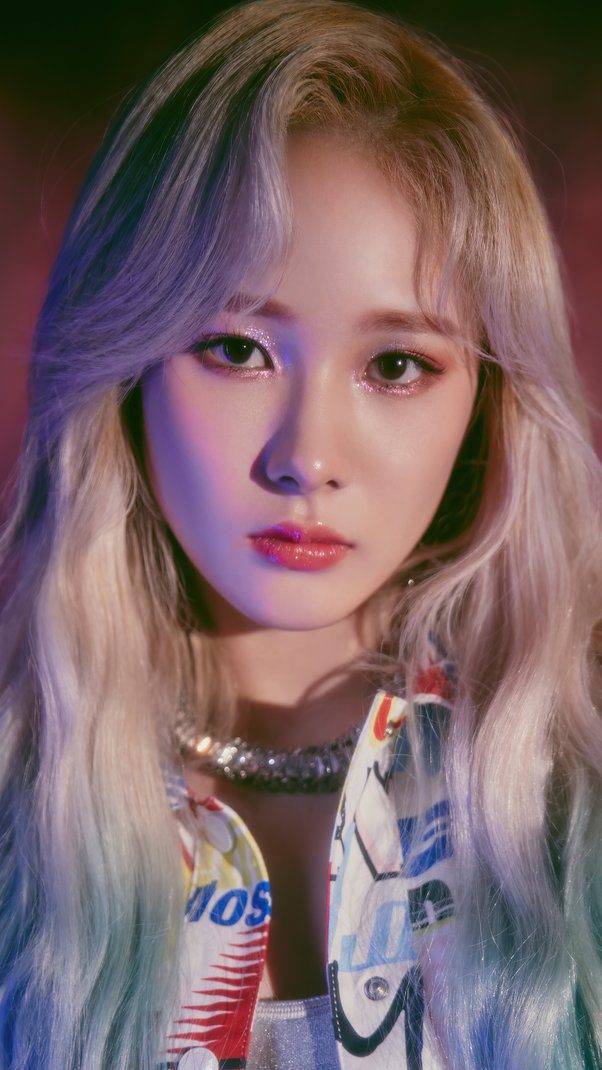 Jo Serim is the lead dancer, sub-vocalist, and visual of Everglow. She was born on 18th March 2000. Additionally, Onda was the third Everglow member to be revealed. According to the other Everglow members. Onda is the easiest to scare. She has named SNSD and Ariana Grande as her musical inspirations. 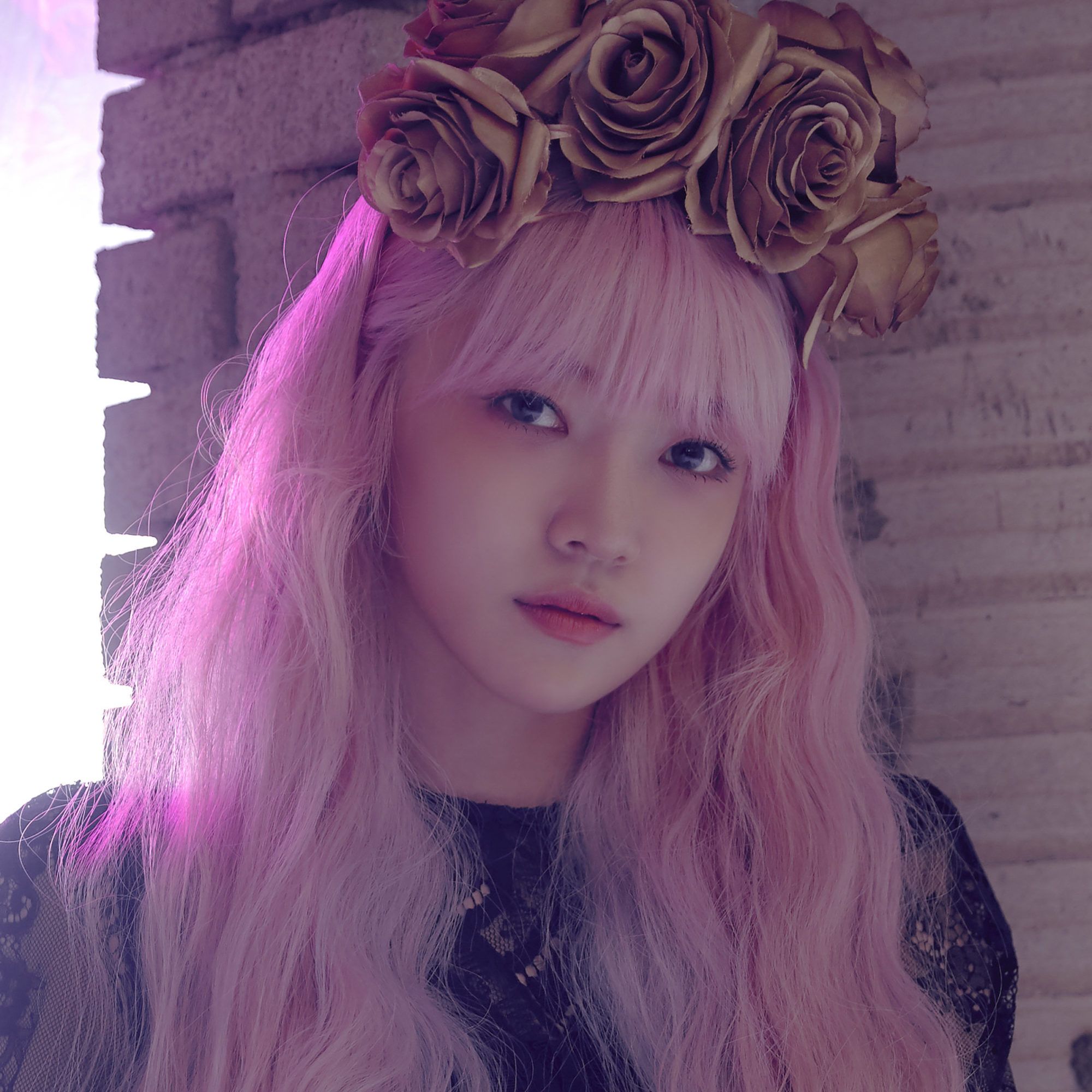 Heo Yoorim’s stage name is Aisha. She is the lead rapper and sub-vocalist of Everglow. She was born on 21st July 2000. Furthermore, Aisha was the last Everglow member to be revealed. Aisha went viral because of her duality during performances and music videos. Aisha has trained for nine years in JYP Entertainment and two years in Yuehua before debuting. 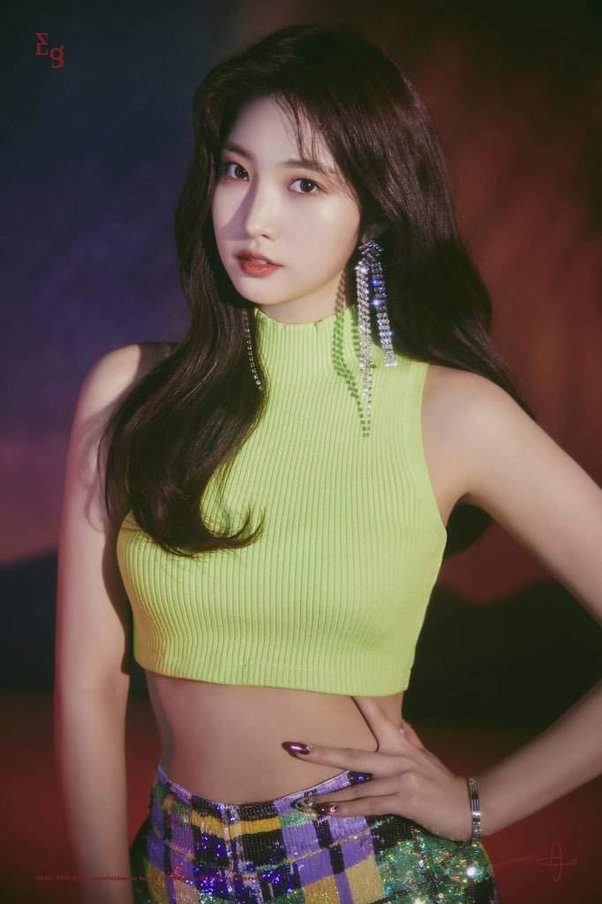 Coming to the maknae of Everglow, Wang Yiren. She is the lead dancer, sub vocalist, sub rapper, visual, and center of the group. Furthermore, Yiren was born on 29th October 2000. She was also a Produce 48 contestant like her fellow Everglow member. In 2022, Yuehua Entertainment revealed that Yiren is currently on a hiatus and is spending time with her close ones in China. 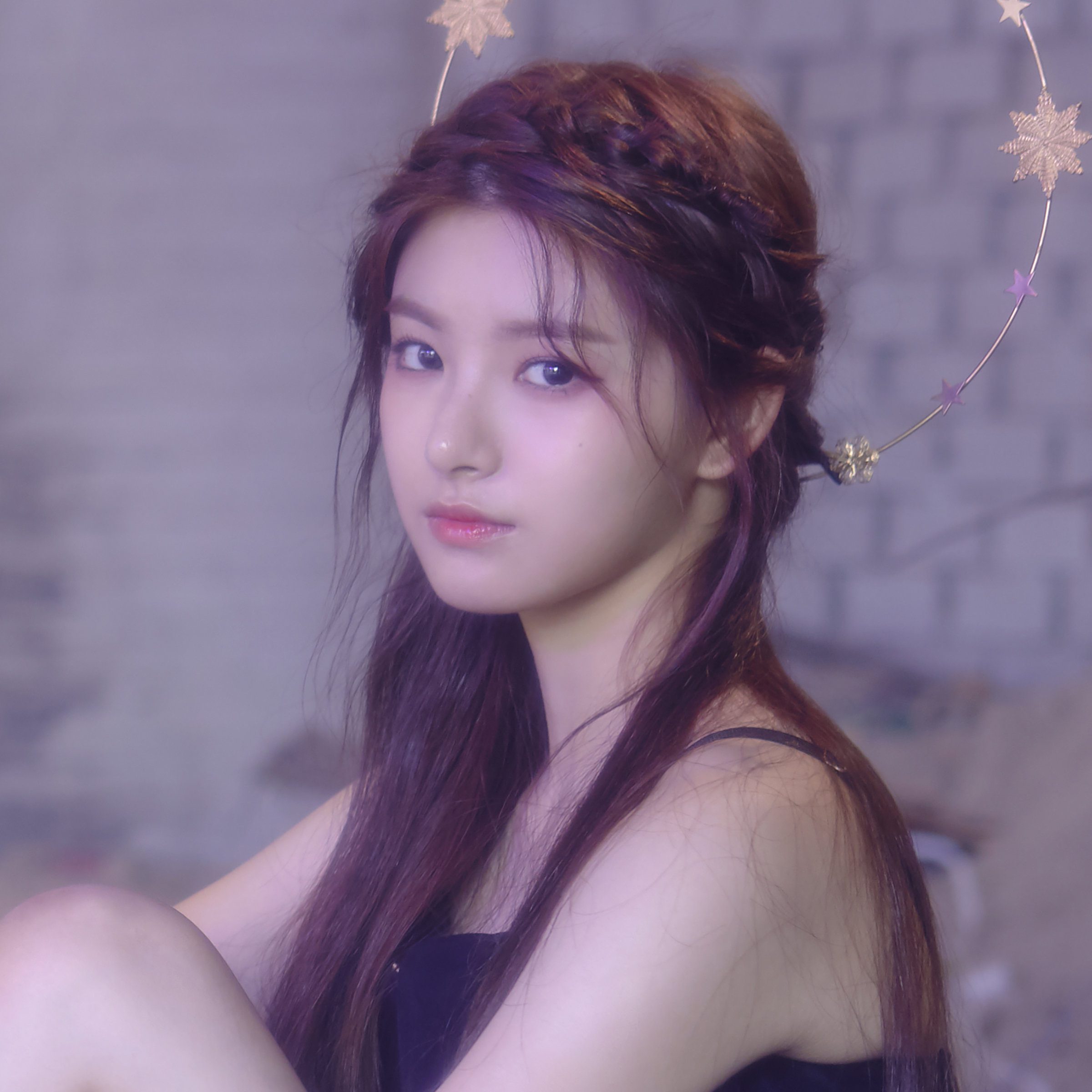