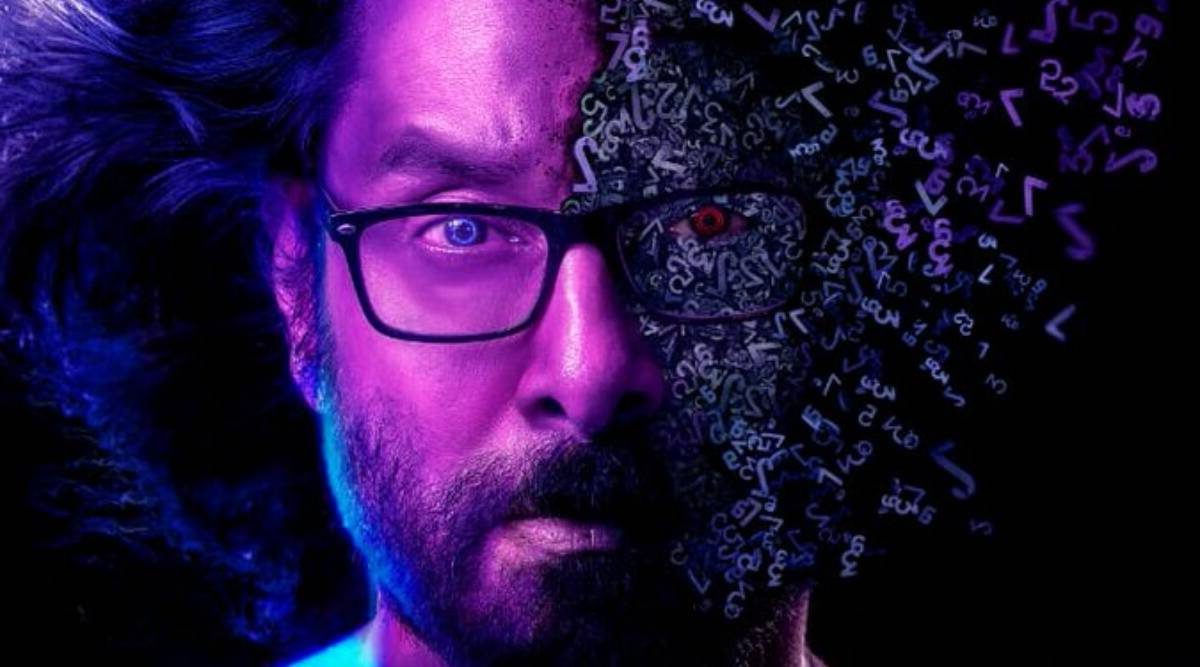 Kennedy John Victor, AKA Vikram, has returned to the silver screen after almost two years with Cobra. Cobra is an action-thriller drama. His last release, Kadaram Kondan, didn’t impress the audience much, but they highly anticipated this action-thriller. The film has been released in Tamil and has amassed an excellent domestic box office collection. Vikram has earned a great fan following both in India’s south and the north. The eager fans are interested in learning about Cobra’s OTT release date and ask, “When is Cobra releasing on OTT?” We have brought all the latest details about “Cobra” and “Cobra OTT release” for those fans.

Let’s start by explaining the plot of the movie Cobra before diving right into its OTT release information. Two police officers, one from Orissa and the other from Turkey, investigate the murders of two powerful politicians in their respective nations. Cobra, known for carrying out immaculate assassinations, is assumed to be the brains behind the killings. They learn that Cobra uses mathematical talents to assassinate people, causing the two to believe that he is someone who teaches math. The information about Cobra’s method of operation is provided to the duo. Madhi, a math professor who is Cobra, is given the task of killing Yugolsav, the minister of Russia, by his mentor in Kolkata.

He flies to Russia, kills Yugolsav, and flees despite Aslan’s strict security. How the math professor gets away with everything is a central theme of the movie, as is the strategy for capturing Cobra. Isn’t this giving you all some Korean thriller movie vibes? So, where can you watch Cobra online? What is Cobra’s OTT release date? Stay with us as we release Cobra’s OTT release date and how to watch Cobra online.

Also read: Sex/Life Season 2 On Netflix: All We Know So Far

The film has a surprise for Irfan Pathan’s fans as this movie marks his debut in a film ever. The film’s trailer is jam-packed with action. It promises to be a nail-biting ride for all Vikram fans. Vikram looks handsome whenever he comes onscreen. We think Vikram hides behind numerous disguises while carrying out multiple assassination missions.  The cinematography seems top-notch. Tovino Thomas is also featured prominently in the trailer. The stunning, ice-capped mountains of Russia and picturesque scenes of Turkey serve as the settings for the movie. The music by A. R. Rahman gives the trailer additional strength and style, and the film appears to be a full-fledged action movie with loads of twists and romance. See it for yourself!

This movie will surprise Irfan Pathan‘s fans as this movie marks his debut in a film ever. We see Vikram in the dual role of a math teacher, Madhiazhagan, and a killer, Cobra. Irfan Pathan, the cricketer-turned-actor, is playing Aslan Yilmaz, a Turkish cop. We will see K. Ravikumar as Cobra’s mentor, Nellaiappan. Madhi’s love interest, Bhavana, is played by Srinidhi Shetty as Bhavana. We see K. Ravikumar as Cobra’s mentor, Nellaiappan. Roshan Mathew, who plays Rajeev Rishi, is a brilliant actor from Gen-Z. Other notable actors include Anandaraj, Robo Shankar as Madhi/Kathir’s friend, Miya George as Madhi, Mirnalini Ravi in the role of Jennifer Rosario, and Meenakshi Govindajan as Judith Samson. We must say, the cast looks so promising and adds to the excitement. 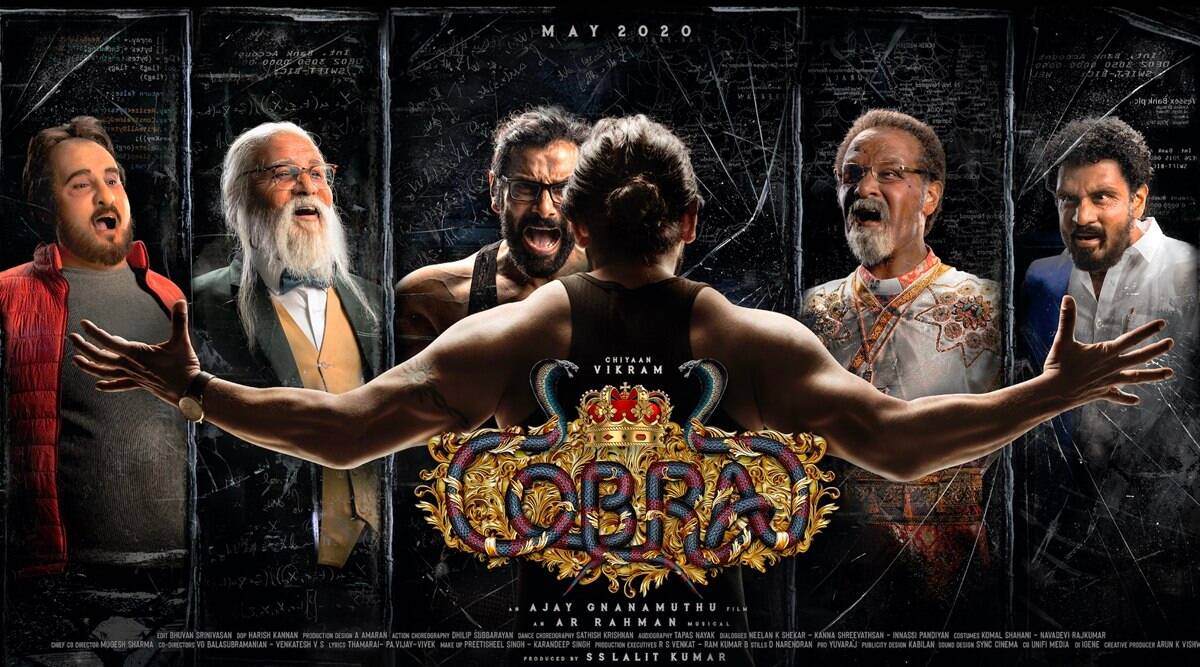 While specific sequences were filmed on sets the team constructed in the lovely capital of Tamil Nadu, we also see stunning scenes of Russia’s mountainous regions. The brilliant action sequences we will witness in this high-budget movie are shot in the beautiful country of Turkey. The hero and heroine get wed in stunning South Indian locales. A wedding sequence centers on Kerala’s gorgeous lakes. The Howrah Bridge in West Bengal, Chennai, and Kolkata are significant settings in the movie. 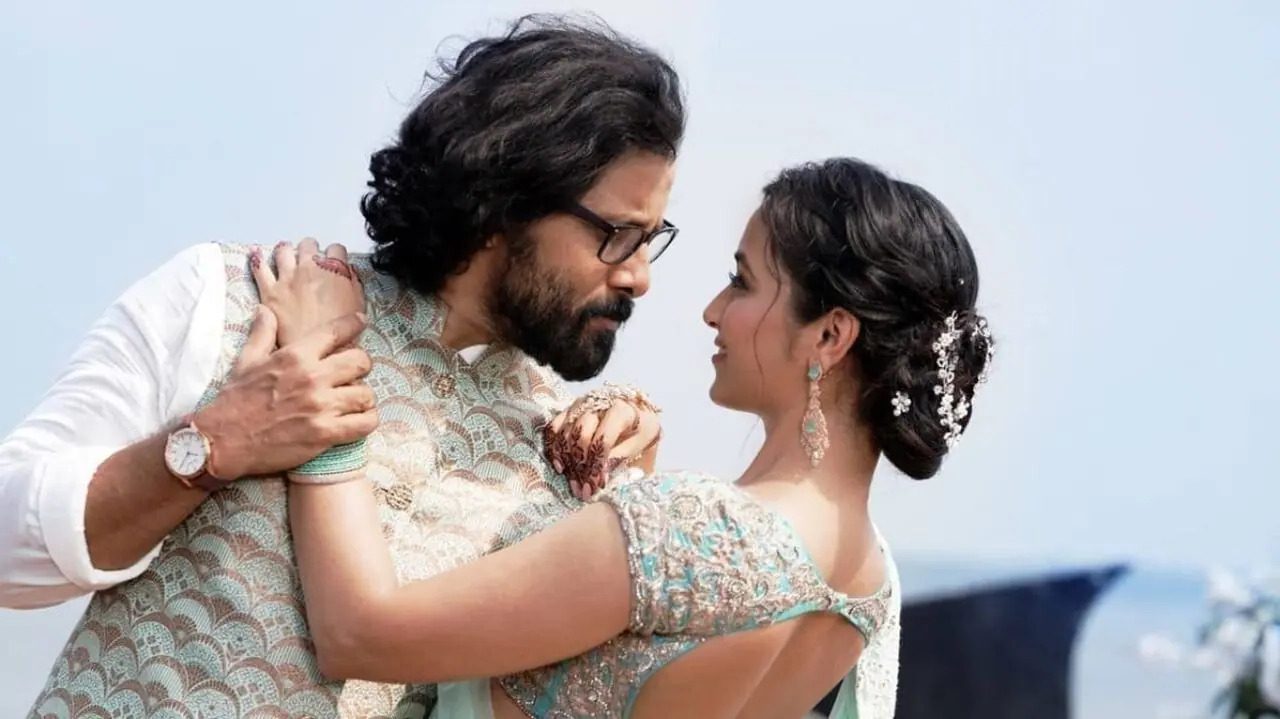 A still from Cobra

So, when will Cobra be available on OTT? Sony LIV has recently acquired the OTT rights. However, some sources have said the movie has a potential release date. Cobra will be available on Sony LIV’s streaming service 50 days following its theatrical debut. Thus, we expect Cobra’s OTT release date to be near mid-October. Sony LIV offers two subscription options: a monthly plan for 599 Rs and an annual one for 999 Rs. The film has a UA classification, which stands for “Unrestricted with Caution,” meaning that audiences under 12 need to be with an adult companion.

Also read: How To Watch This Is 40? Streaming Guide of The Romcom Film