Pennyworth Season 3 Episode 7 release date le is quite soon. The series focuses on Alfred Pennyworth, the infamous butler of Batman. During this series, we see him as a young person who is trying to lead his own journey in life and find his footing for a career later. Back in the 6th episode of the series, we saw that Zahra’s father was kidnapped.

This is shown to us in a flashback where a close friend of their family betrayed them to Alfred. This is when Zahra and Alfred are getting ready to go meet with a man who claims he has more information about where her father is. Later, we see that Thomas has come back to Gotham in Wayne Manor. He was obviously expecting some harsh disagreements with his father.

Although, we see that he has set on a better path of reassurance and tells his father that he loves him. Alred goes over to talk with Aziz. He confirms that they were the ones who kidnapped Zahra’s father for MI6. Pennyworth thinks that British intelligence would be the one having the man today. Although, Aziz denies having any connections to the same.

After further pressurizing him, Alfred threatens to break ties with him. At the same time, we see that Bet is being interrogated by Salt. He tells her that he has also created a super soldier in the form of Captain Blighty. Although Salt threatens the baby, and as it turns out, it was Francis Gaunt who had betrayed him. He ordered the execution of Bet, but luckily, she was able to escape before that could happen. 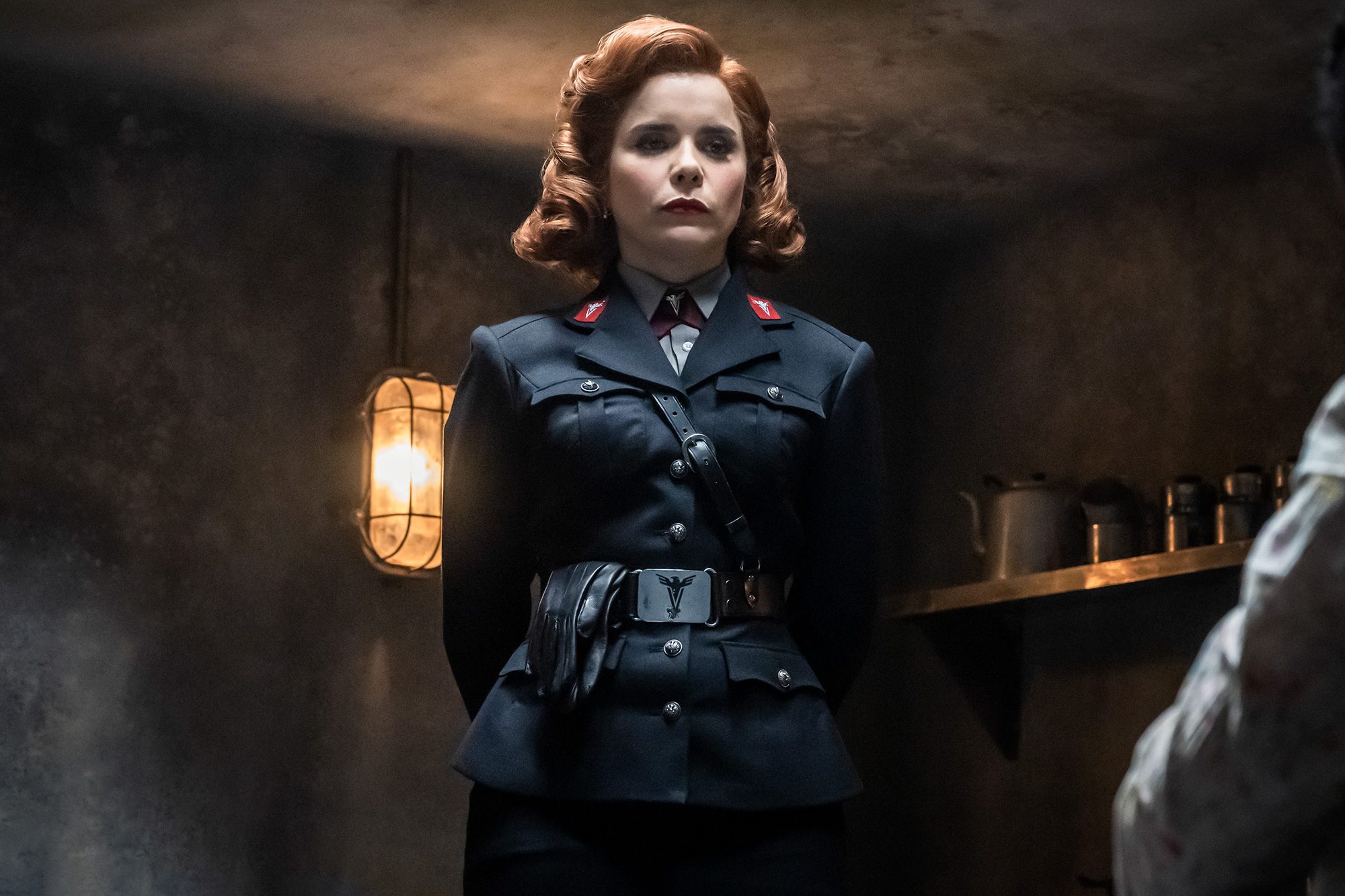 A still from Pennyworth Season 3

Now Daveboy is still hallucinating and not in a great condition. He accidentally eats the letter which was delivered to Alfred from Sandra. As soon as Alfred returns home in order to fetch his spare gun, he sees that his mom is with Roger. This shocks him a bit. Now Bet, who was on the run, finds a room full of babies which are of Salt.

Soon, she finds the one that belongs to her, but Salt comes from behind and stabs her. But she has a weapon in the form of a spike implant, and she triggers the extended one through his heart which ultimately kills Salt. Then we see that Alfred and Zahra finally meet with the man who knew her father’s location. He tells them that the man is on a secret island prison located on the Hebrides.

All she has to do to free her father is to give the name of all her major supporters to the Kalpoor President. In turn, the British Government would release him. Alfred, however, is not okay with the transaction and says that this is a trap.

But well, the man recognizes him and tells Zahra that back in the day, it was Alfred himself who kidnapped her father, to which Alfred ultimately agrees. Zahra breaks up their relationship and tells him never to meet with her again.

Bet is now dying, and she leaves her baby on the bus before finally taking her last breath. Alfred reveals to Daveboy, who is finally sobering up and cannot remember any events of the past that they are going to break into prison at Hebrides. Lastly, Thomas kills Patrick Wayne in an alley.

Pennyworth Season 3 Episode 7 release date is on the 3rd of November 2022. It will drop out on HBO Max at 3 AM Eastern Time. New episodes are released every week on Thursdays.

How to Watch Pennyworth Season 3 Episode 7

Pennyworth Season 3 Episode 7 can be watched easily when the episode drops out on HBO Max at the designated date and time slot we have mentioned above. The basic plan of the platform starts at 9.99 dollars a month with ads. A premium plan with no commercials is staked at 14.99 dollars.